What happens when I order a delicious dish but life boss dish is shit?

I BRAG THE SHIT OUT OF IT!

Usually I am the one that is bitching and complaining about my food, while Life Boss just stares at me blankly. She usually orders the better dishes, so yes BRAG THE SHIT OUT OF IT CHOI!

The restaurant where I had this KICK ASS MEAL IS CALLED: Made in Hong Kong

What makes even more funny is  she CHOSE this restaurant…………….. 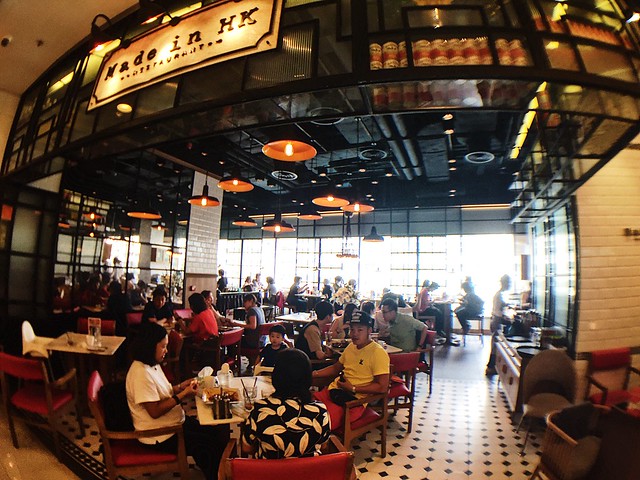 When my dish came, I only had one thought:

oh gosh. FOODGASM TO THE MAX. 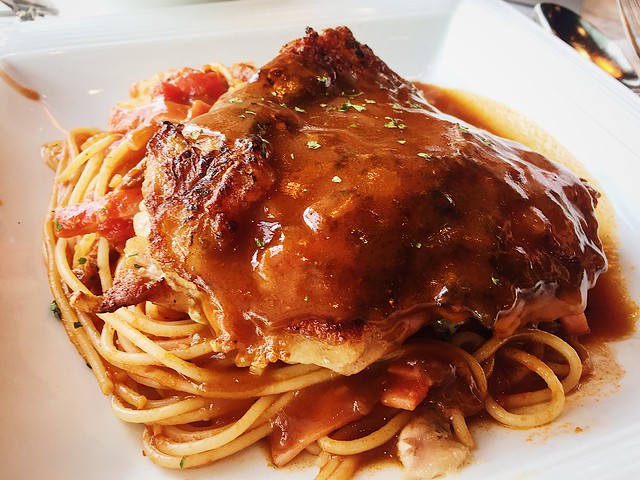 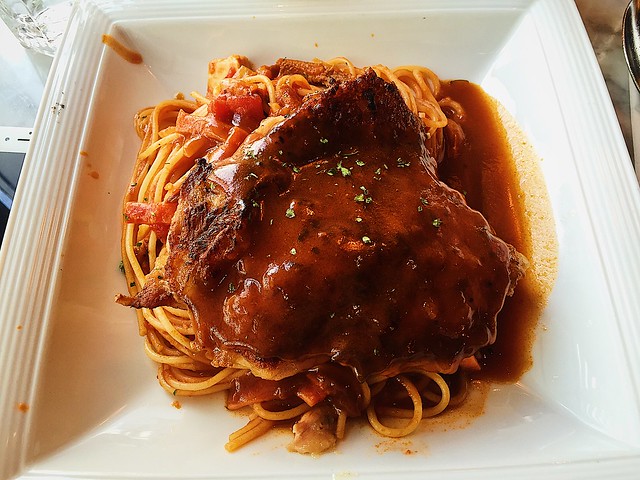 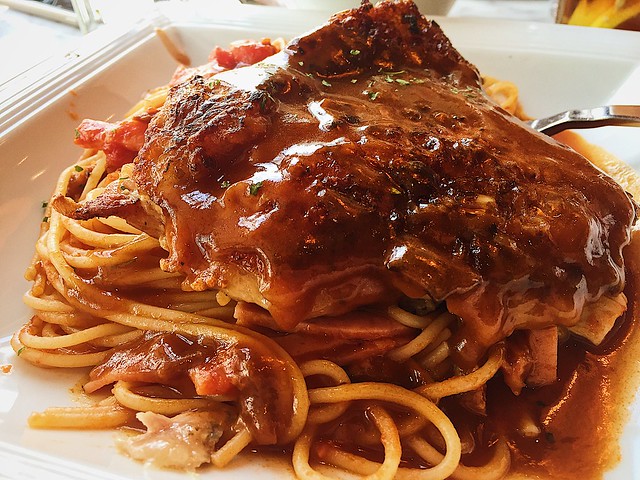 Firstly the sauce…fuck so good. So tomatoey.  So Fresh. So good.  The Spaghetti itself was also drowned with this delicious sauce. After the first bite you just don’t want to stop because it’s so damn flavorful.

And the chicken? Gosh so juicy, so good. Man.

This was a GOLD MEDAL for me!

But after a couple bites, I saw that Life Boss’ faced had turned pale, and glanced at her dish: 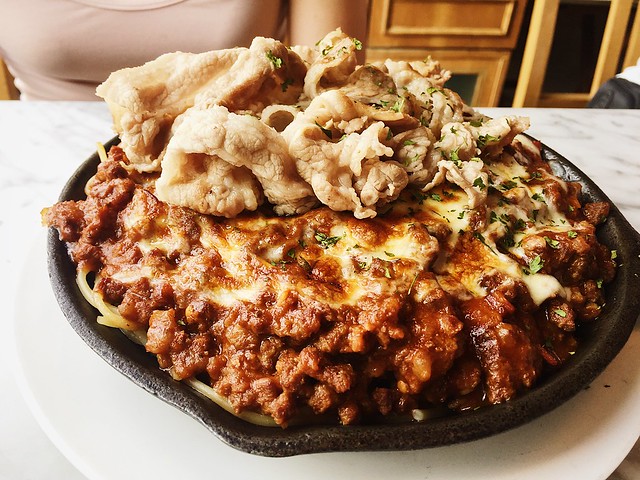 She then said the following about her dish:

To make matters worse, I was swallowing my food like crazy and was completely ignoring the situation.  After I was done I stared up and saw a thunderstorm that was about to brew. So I immediately said:

“yeah my meal was average”.

I cleaned out my dish, still had tomato sauce around my lips, and my right hand was holding the fork with the last piece of my chicken.

I felt so sorry for her at the moment, but I was too full from my own delicious, heaven on earth meal.

Yeah I guess that was an asshole move on my part.

But I really liked this restaurant so probably will come again. Though the likelihood of Life Boss coming with me will be quite low.

I don’t want her to break things and injure people.

My insurance don’t cover that.