Damn, I think it’s been over 10 years since I lasted visited this city. I remember the first time I came here I instantly fell in love with the City. Even thought of moving here (ended going to Hong Kong haha!). So when life boss said we should go to Boston for the Easter long weekend I said “Hell Yeah!”. We landed around 9PM on the Thursday, and went straight to the hotel to sleep. I don’t know why, was feeling super nauseous that day. So wanted to get some zzzzs early. Thank goodness I did because we had a full pack day in Boston! First stop, some random park! 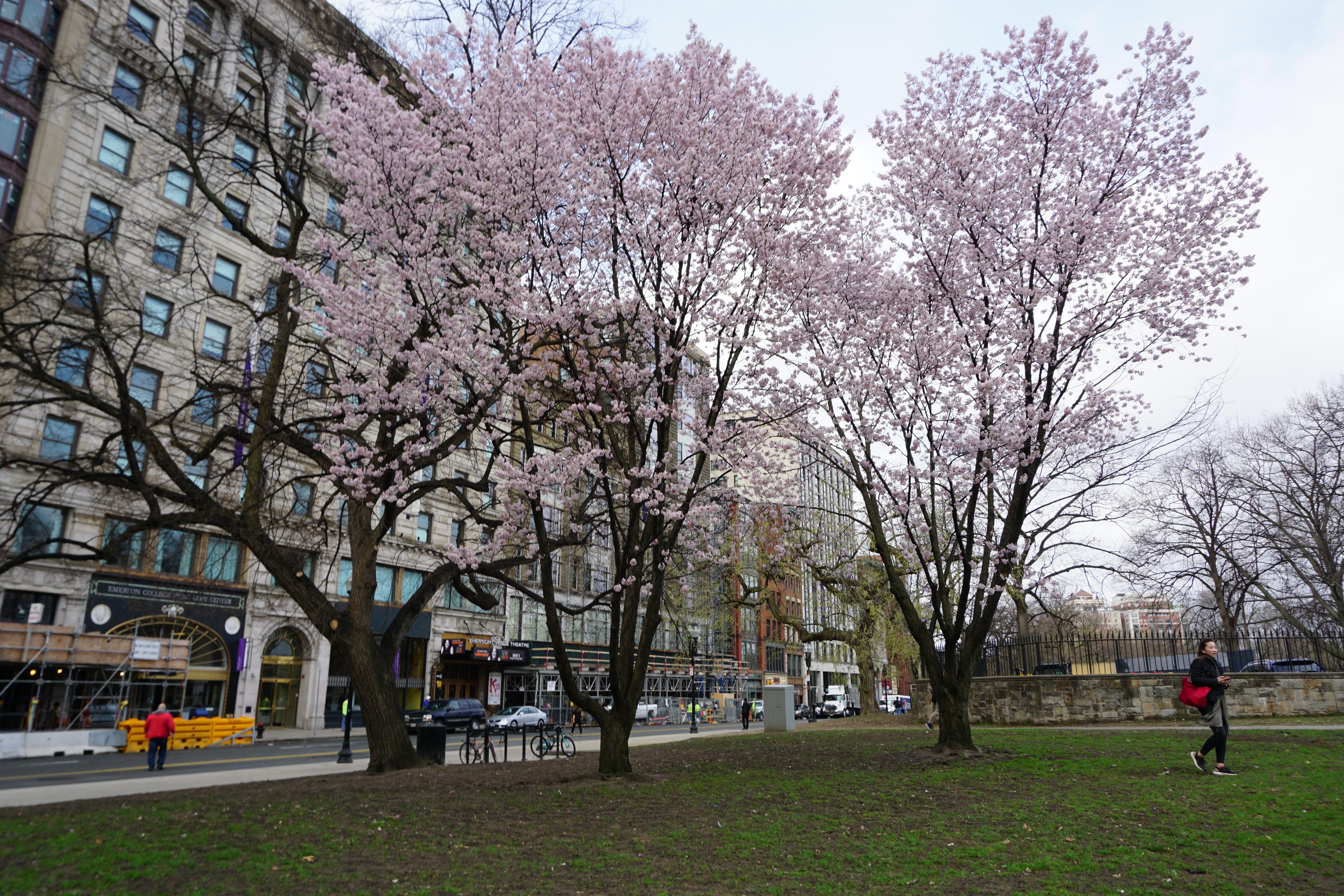 We were walking through this random ass park when Life boss yelled “Cherry Blossoms”. I don’t understand. I don’t get what the big deal is for cherry blossoms. They are just pink trees. I was standing there looking confused when life boss yelled at me and said why the fuck was I not taking picture of the damn cherry blossoms. I immediately whipped out my camera and took a picture of the tree.

Because if I didn’t I would have gotten my ass kicked. 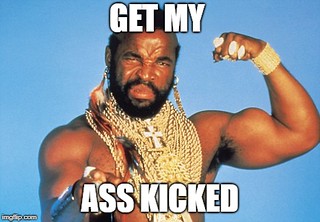 After going through the random ass park we stopped by this cafe called Tatte Bakery. A lot of people were here, so I guess this must be a big deal cafe. Plus life boss chose this place so I guess it has to be good.  Life boss warned me not to order too much because we had a big lunch coming. So I ended up ordering the not so small Turkey Sandwich. She also ordered the not so small croissant egg + cheese sandwich. Sigh, we love to eat too much.

The food was damn delicious! Though Life Boss had the better sandwich but that should surprise no one. Really good sandwiches, recommend this to everyone! One word: YUM! 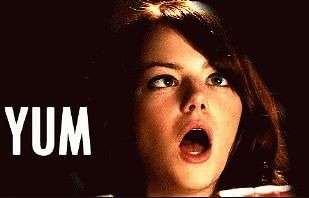 We continued our walking tour led by life boss. Walked by some random ass shit. Really don’t know what I was looking at. Just knew that every now and then Life Boss will yell at me and ask why I am not taking pictures. So I ended up taking random ass photos of random ass things. What is the significance of this building? This wall? I have no idea. I wished life boss explained what I am looking at but she didn’t. Or maybe she did explain it to me and I was just day dreaming. It was probably the latter because my mind was occupied with the leafs / bruins game! MORE ON THAT IN ANOTHER POST!

We walked pass another cherry blossom tree and life boss stopped and stared at me. What’s wrong? Huh? Did I do something? SHIT. Right. I am supposed to take a picture of these pink trees. I am going to get my ass kicked now. 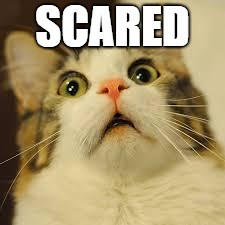 We arrived at Quincy market.

I remember this place! Blogged about it a lonngggggg time ago. I remember eating a lot of lobster and clam chowda here. To relive my past, I decided to order a clam chowda before lunch. Delicious, just how I remembered it. 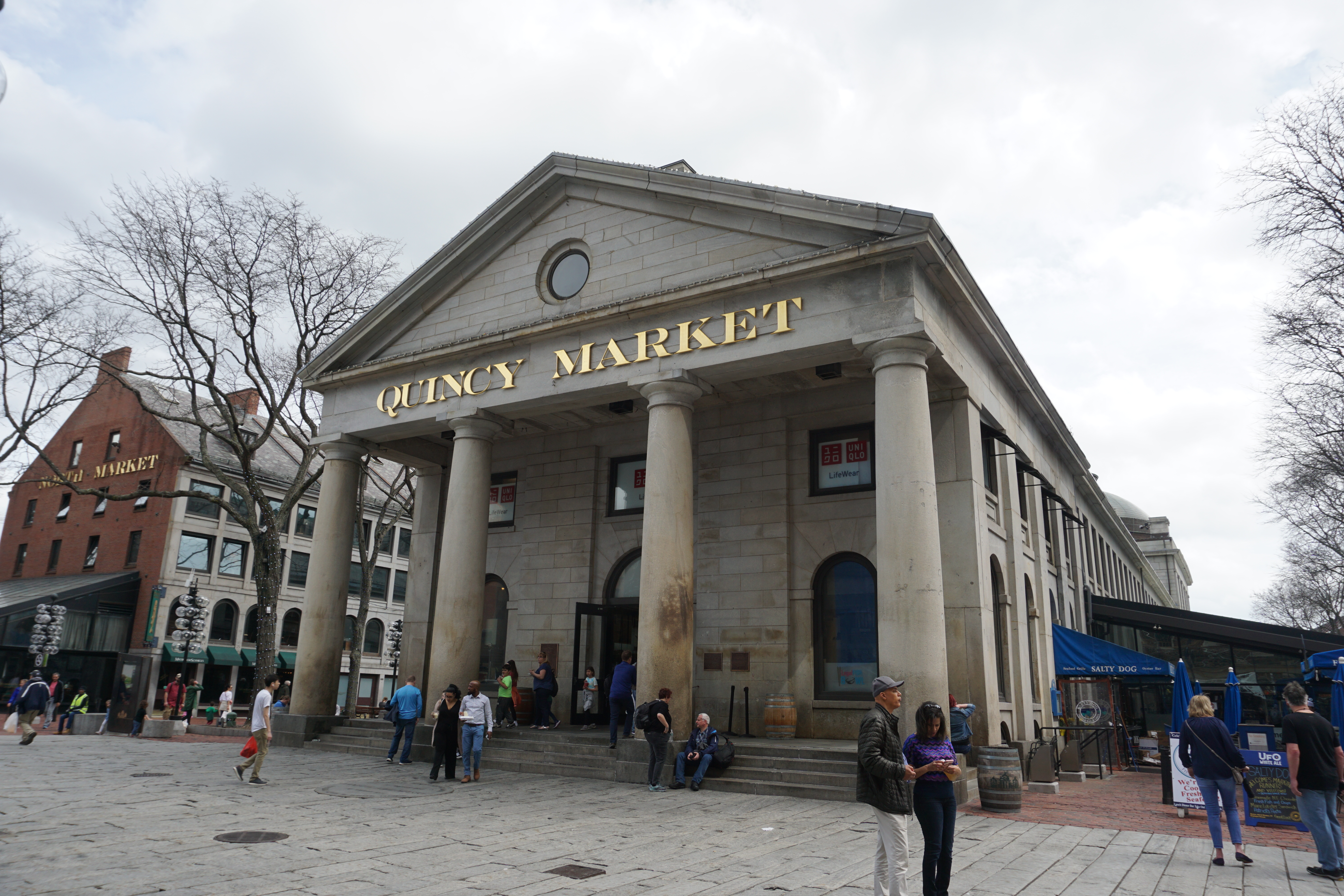 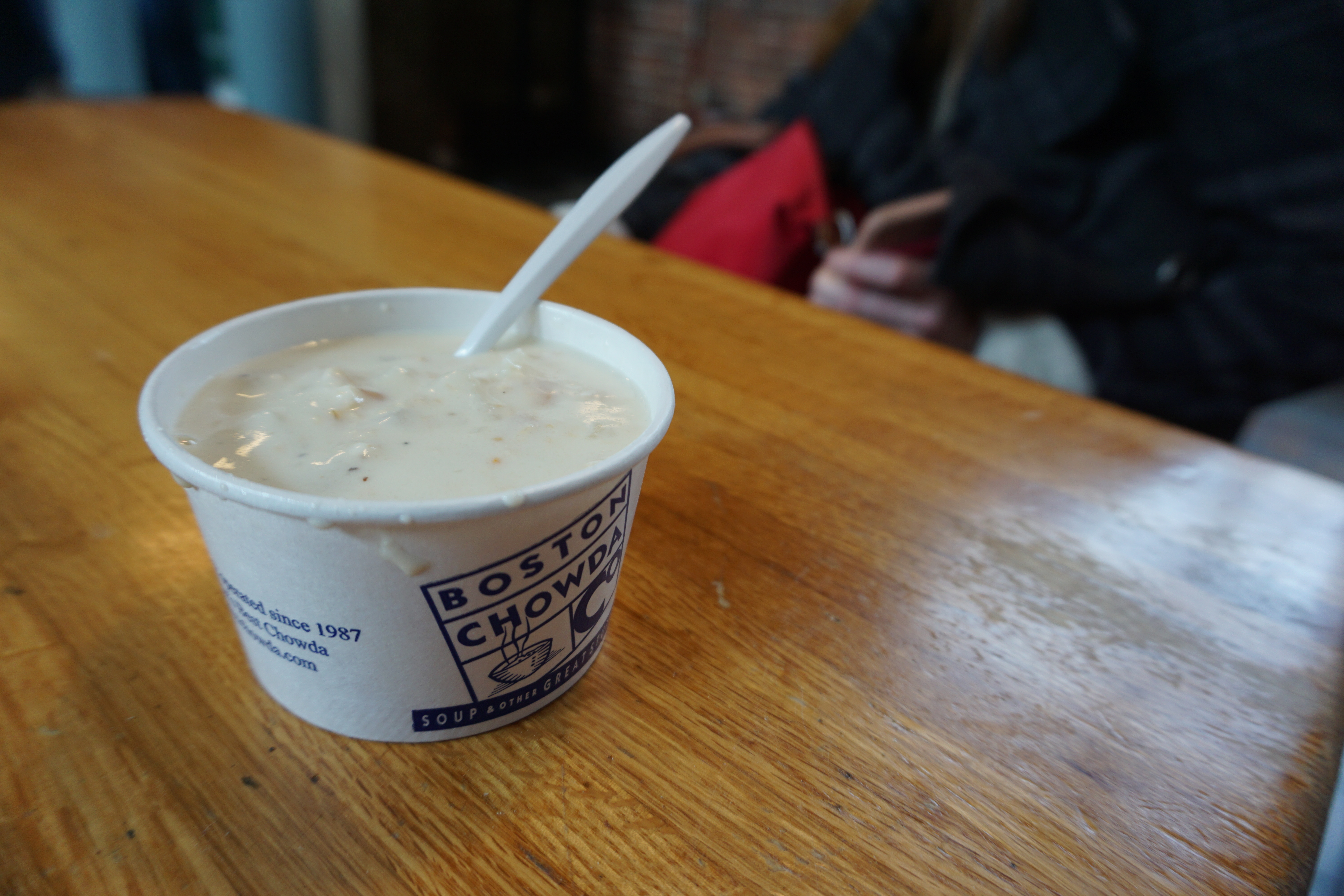 Our final stop (other than lunch which I will talk about in another post) was at this pastry called Modern Pastry. Am being told this is better than Mike’s Pasty. I don’t know many. This is just pure carb + sugar. Maybe that’s why Americans like it. But I also like a good delicious donut. Don’t know. At least we got to sit down, my legs were dying from the 15,000+ steps we have been taking thus far. 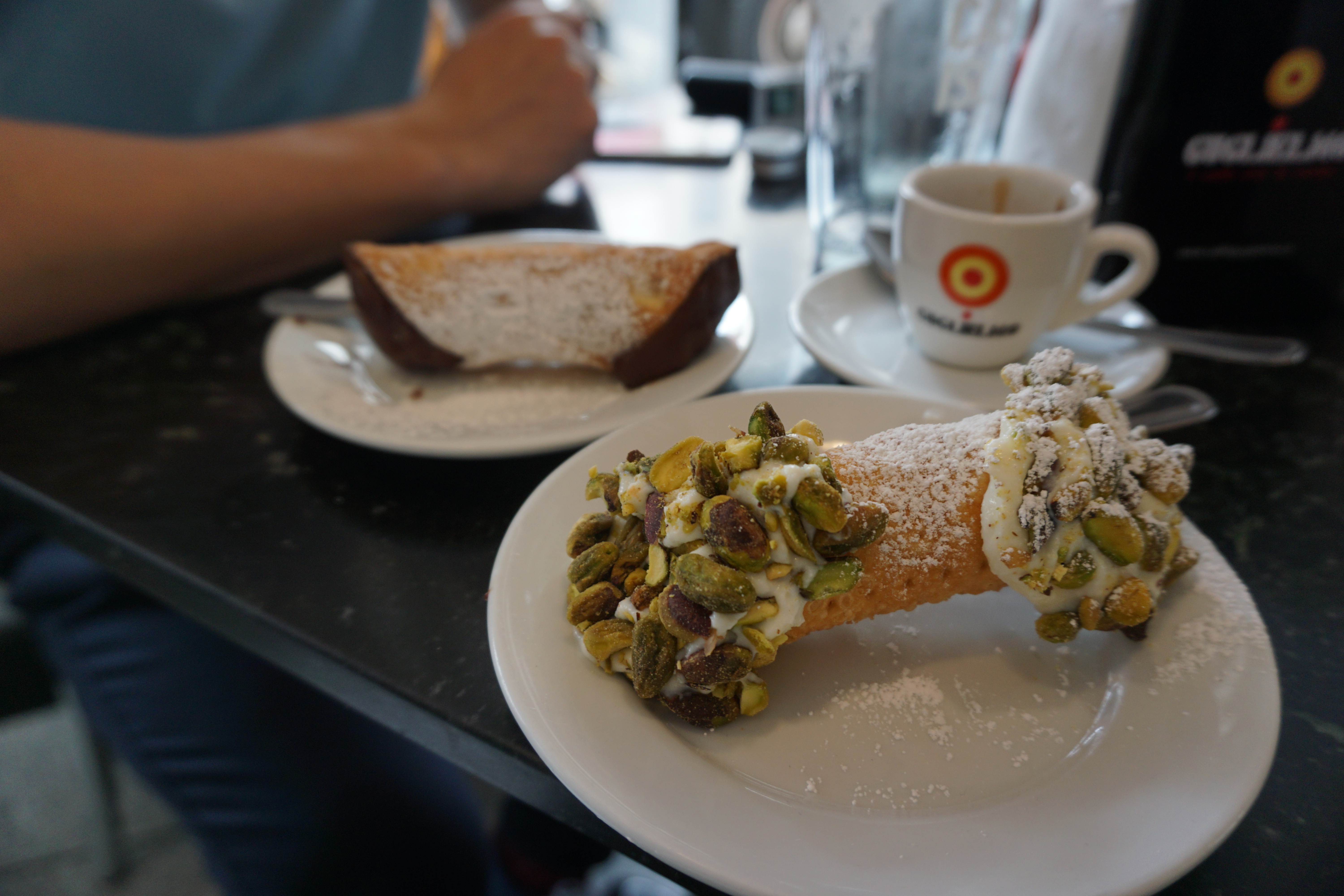 That is it for Day 1 in Boston! There will be other posts about my lunch and dinner and MY HOCKEY GAME THAT I WENT TO.