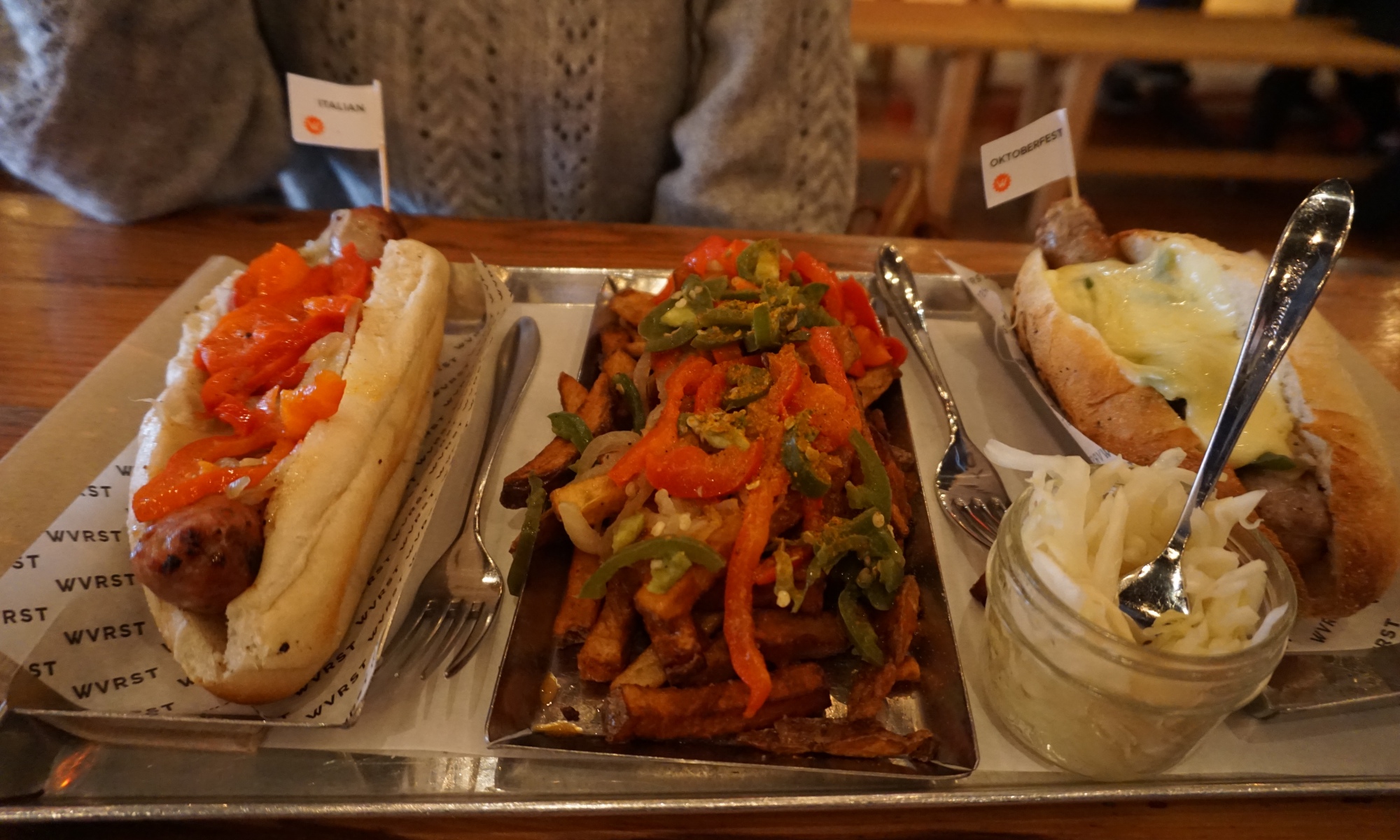 Do you know what we like to do on a beautiful, sunny, cool, crisp Saturday? Walk around the neighborhood of course! Lief boss likes me to walk around more and do more exercise (because I am a fatass) so needless to say she was happy we were doing some brisk walks. She also wanted to visit this place called Stackt which is this trendy idea of stacking containers together and having shops inside the containers. There is a similar one in Seoul that I visited years ago. Not sure what the big deal is to be honest, but this one was close to home so why the hell not! 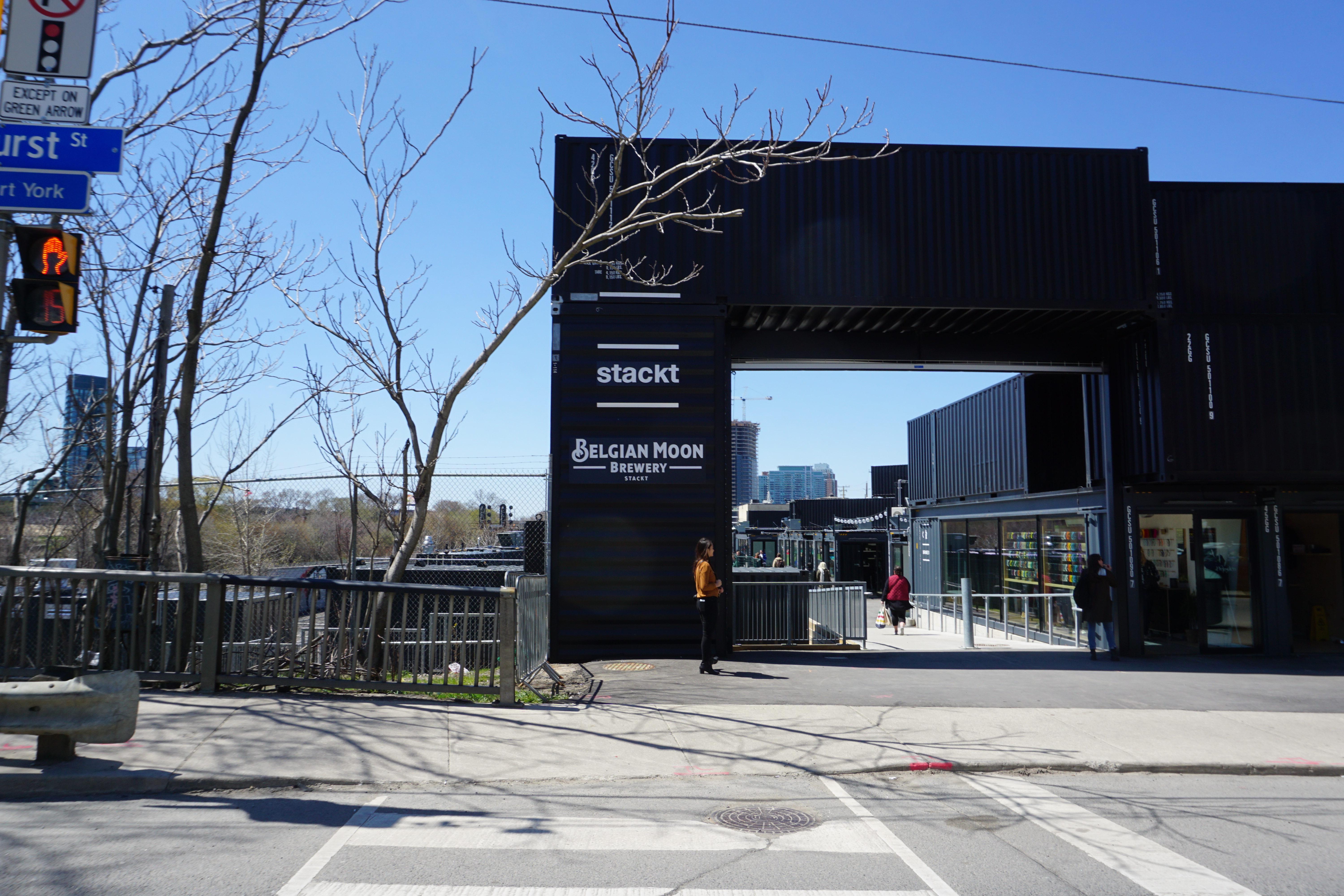 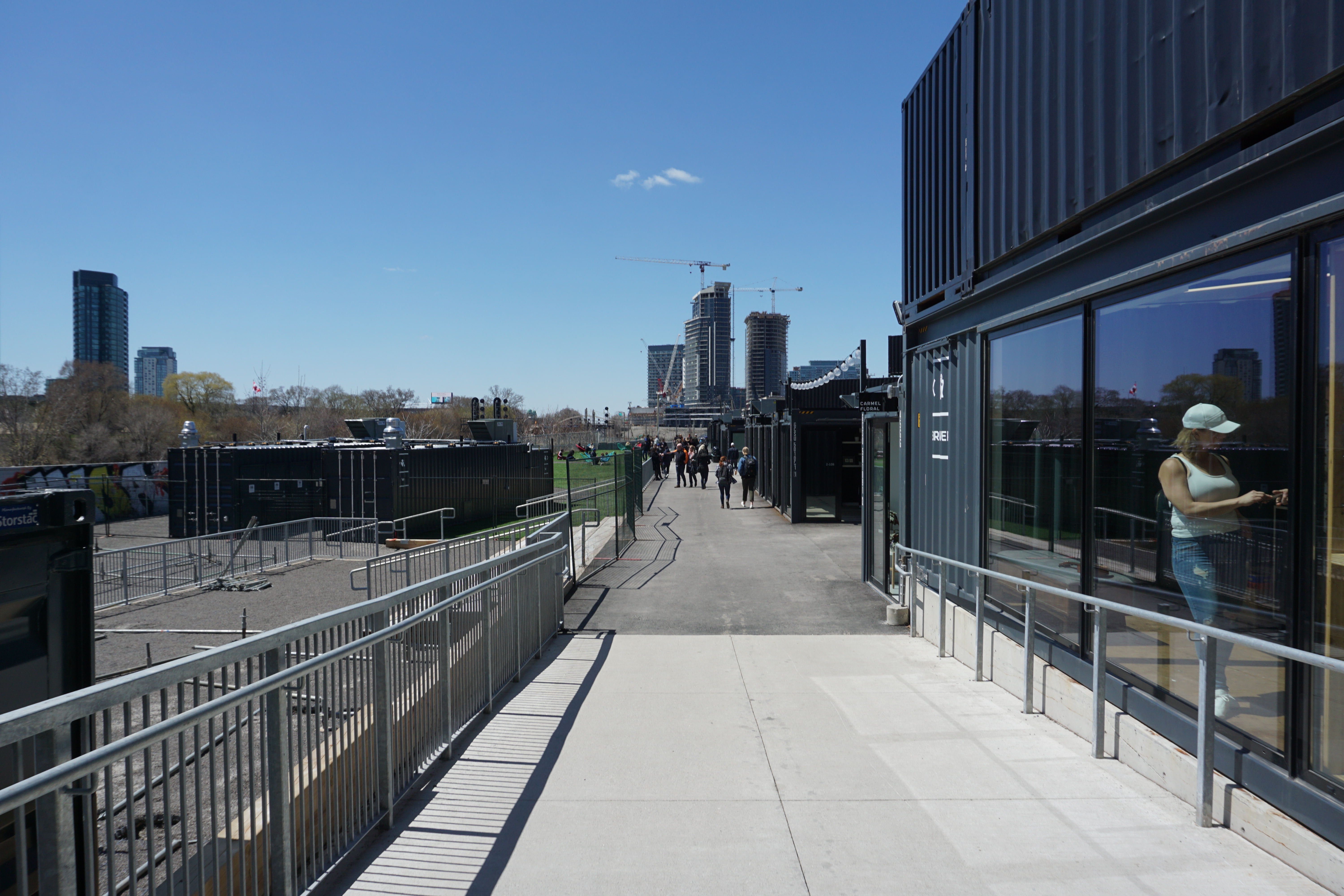 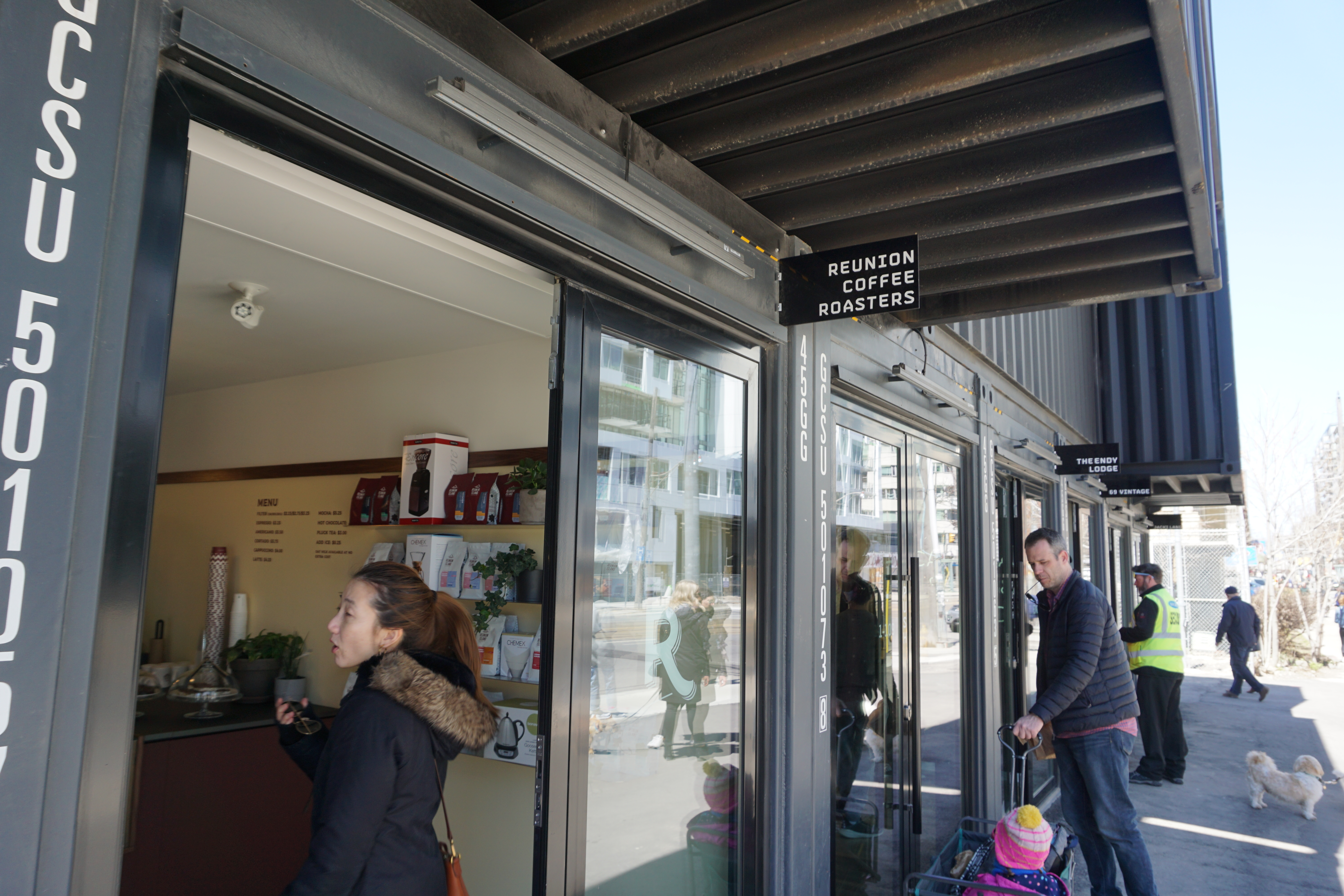 A lot of shops were not opened yet at the time we visited, so not much to see. However there was a coffee shop and a donut shop that made life boss very happy. So happy that she ordered 4 donuts for us to devour. I thought I said I was getting fat!!? I thought you said I needed more exercise? Why are you ordering 4 donuts? 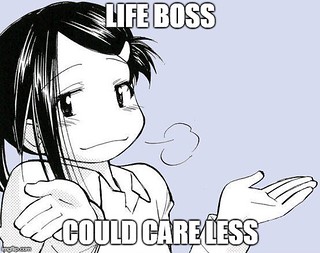 One things to remember future Choi, is that this place houses the Belgian Moon brewery. Fuck yes! This means we should come and chill here during the summer. There is a Domino’s near by, so we can just get a couple of pizzas, couple of beers, and just sit on the grass. Yes! That is something we MUST DO! I am getting excited for summer!!! Come faster please, it’s May and it’s still not hot yet! What the fuck! 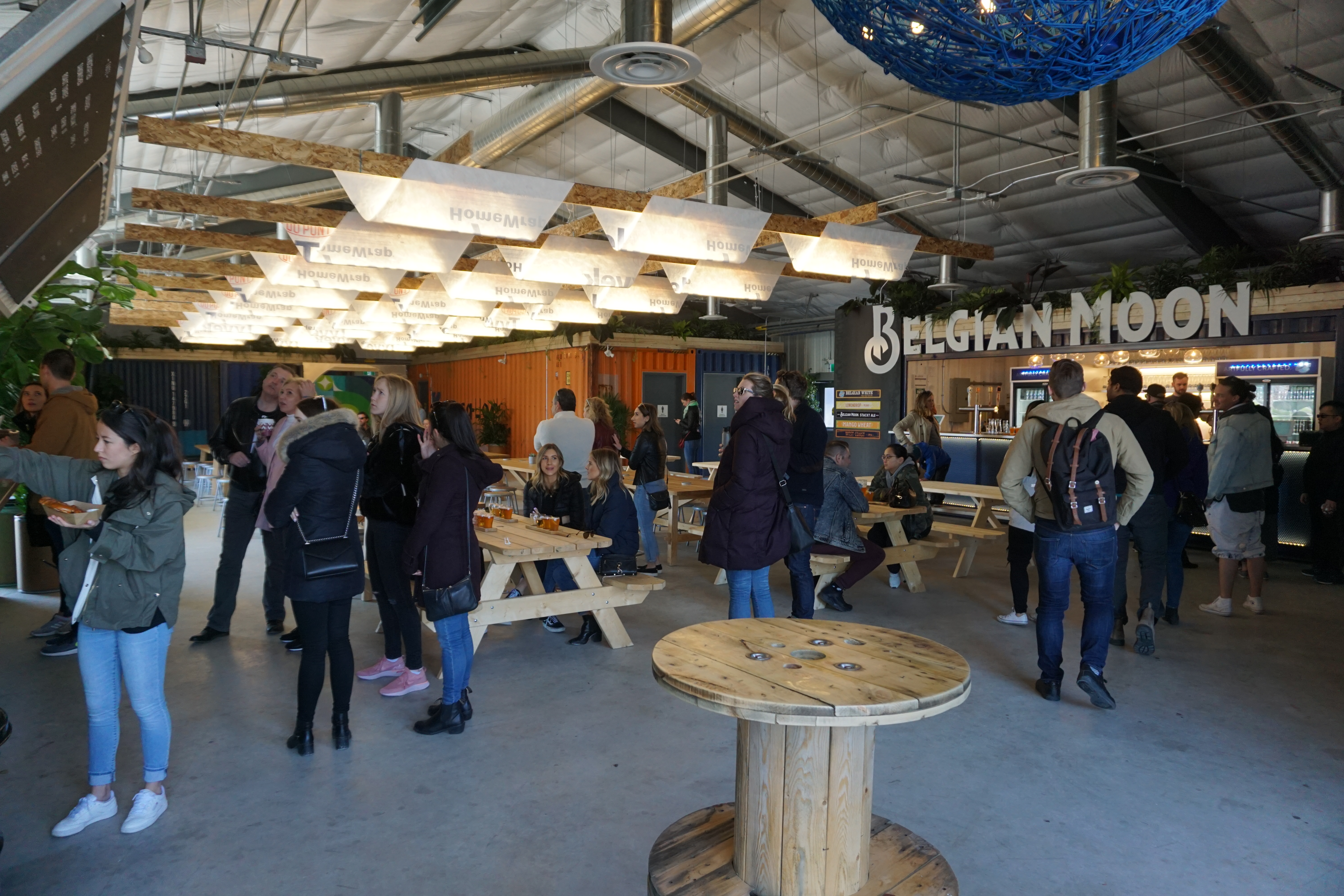 Afterwards we went to this restaurant called Wvrst.

A restaurant that Life Boss has wanted to try for a long time. So sure why the fuck not right? It was only a 10 minute walk from Stackt anyways. From the name of the restaurant I knew we would be eating German Food. As such I was expecting sausages, pork knuckle, pretzels etc. You know the traditional German Food. When I was told this place serves hot dog I was like what the fuck!? 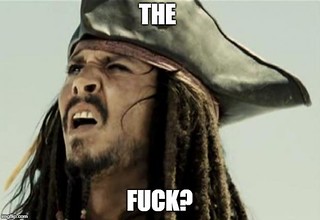 I was a bit worried we were going to be served shitty food.

But hey at least the beer hall looked pretty cool.

I was hoping that would have TVs showing the raptor game though. I really feel like this place would have a super good sports viewing atmosphere. Oh well. Too bad. I guess that’s how life boss would have wanted it anyways. She would have kicked my ass if I spent the next two hours fixated at the TV. Screaming at the players (Raptors have been frustrating to watch). 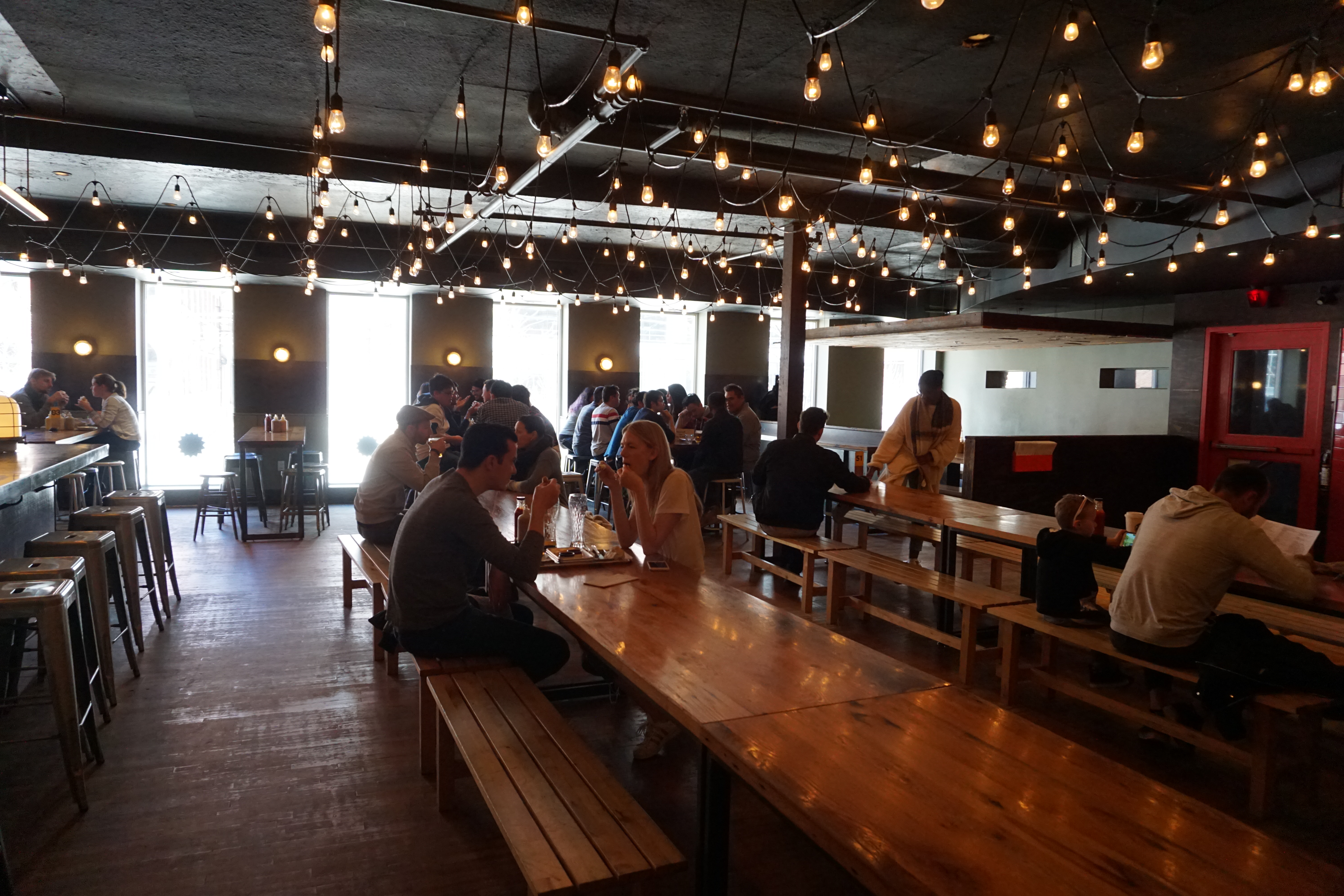 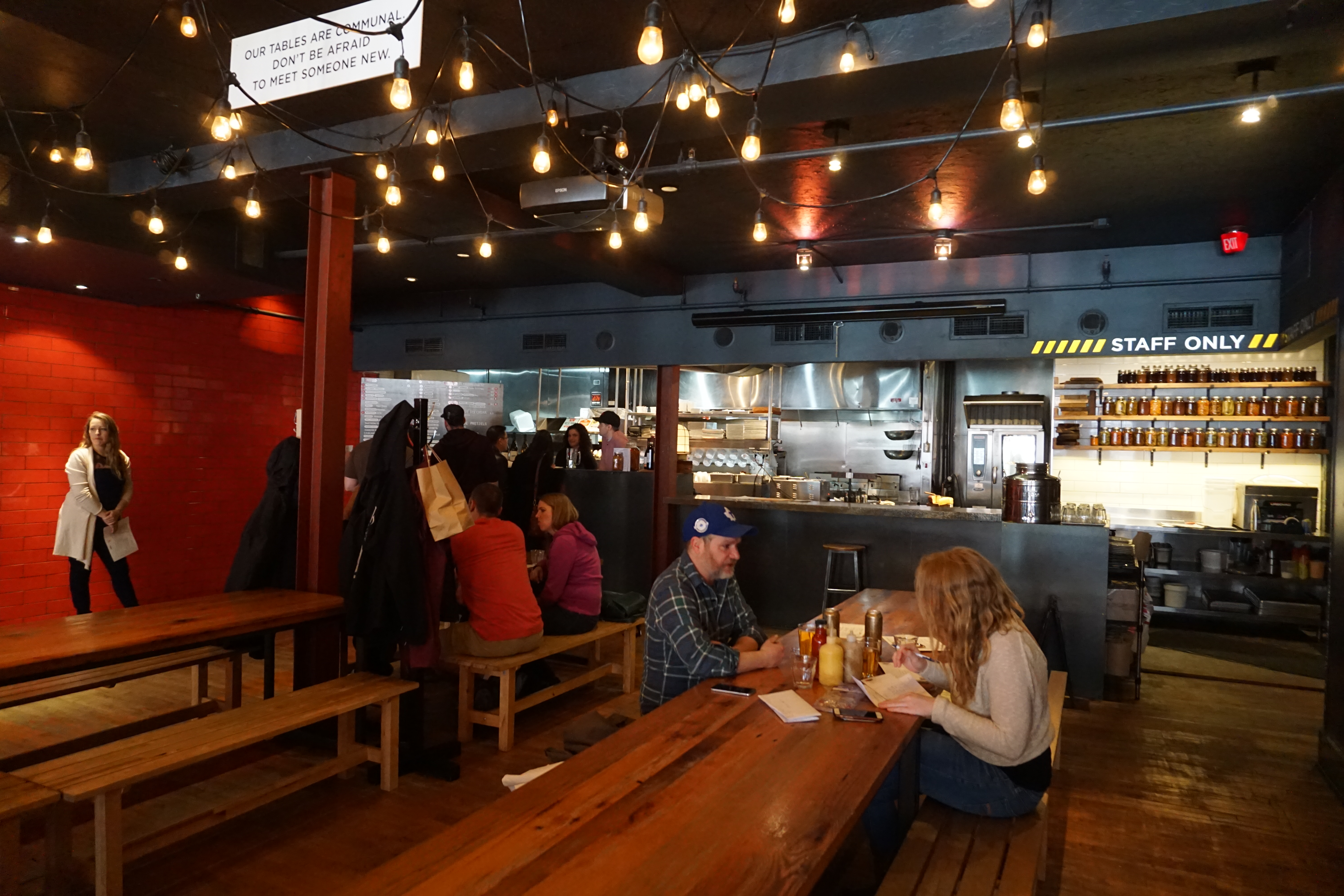 Saw a bar at the restaurant. Ordered a beer because why the fuck not. We were waiting for our food and nothing to do anyways. I got the Paulaner because…well because this is supposed to be a German restaurant. Man I wanted to stay away from beer but its just too damn delicious! 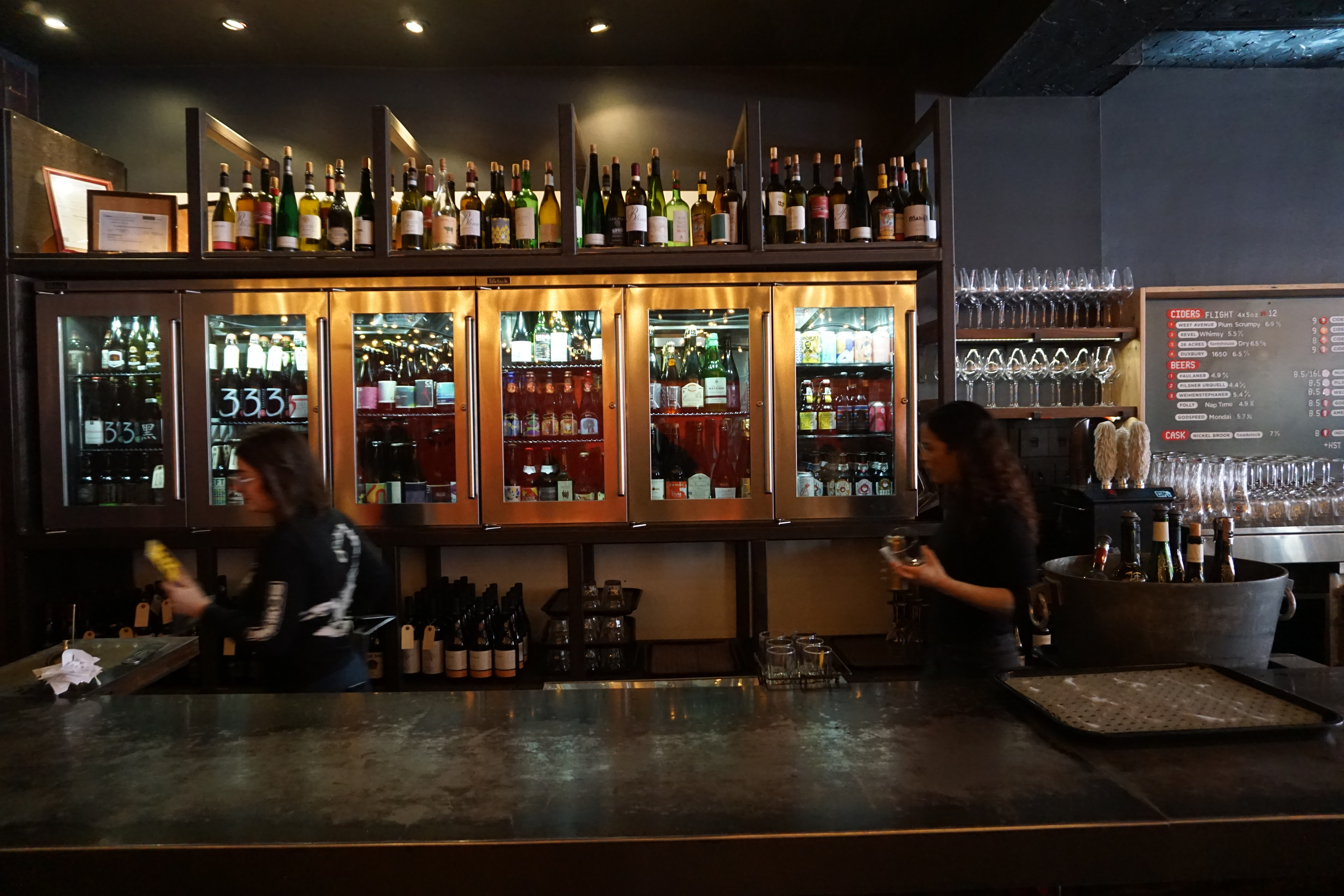 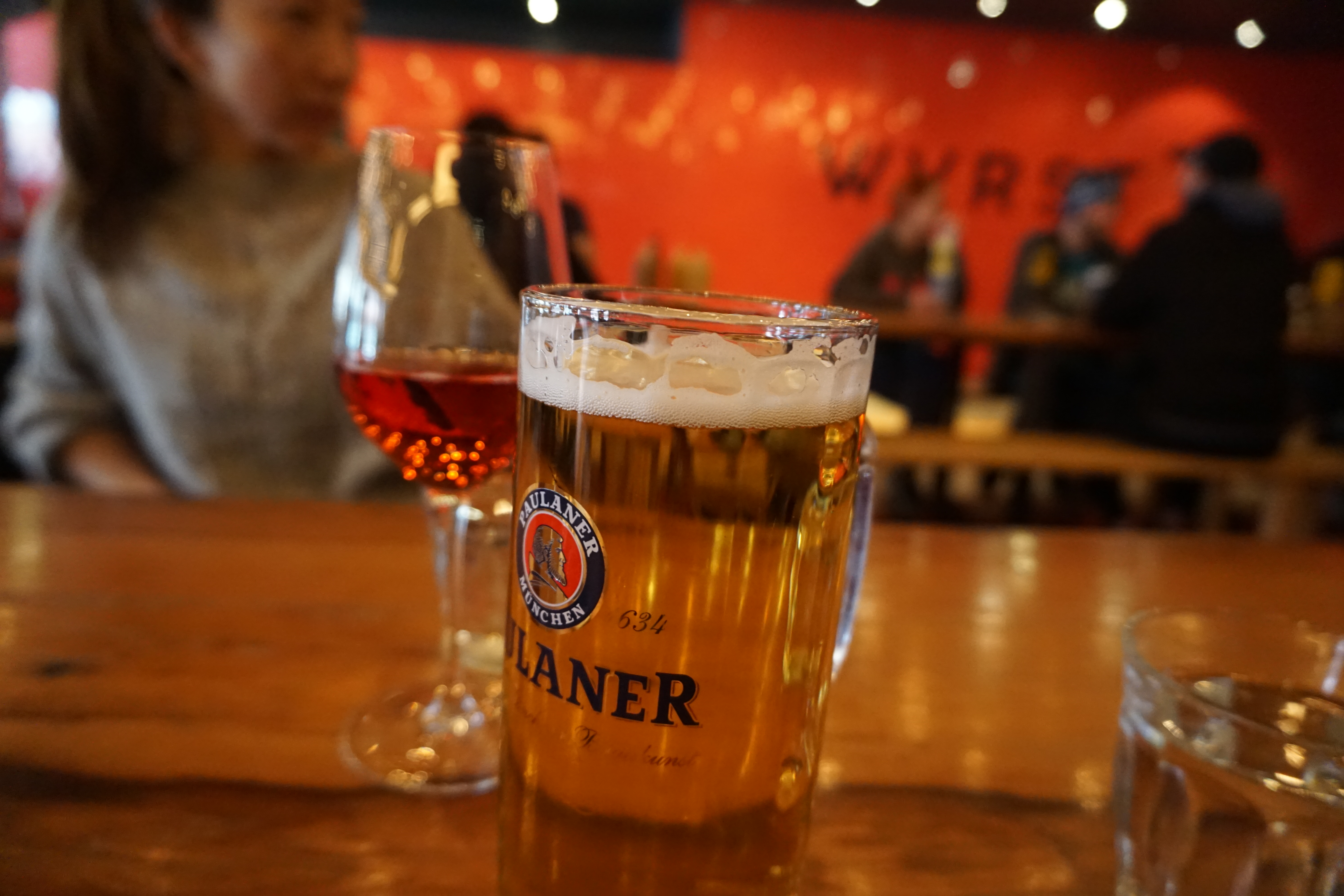 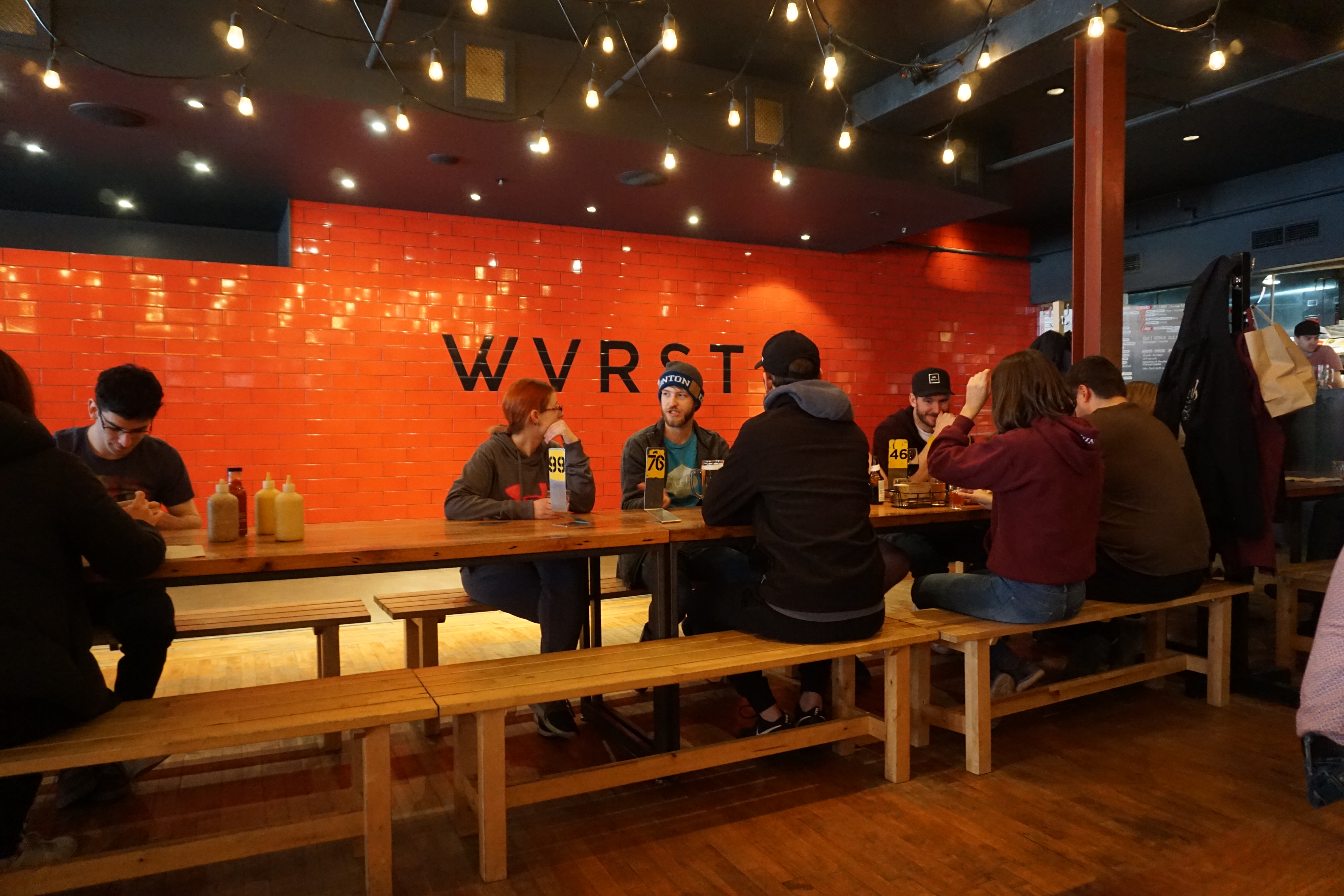 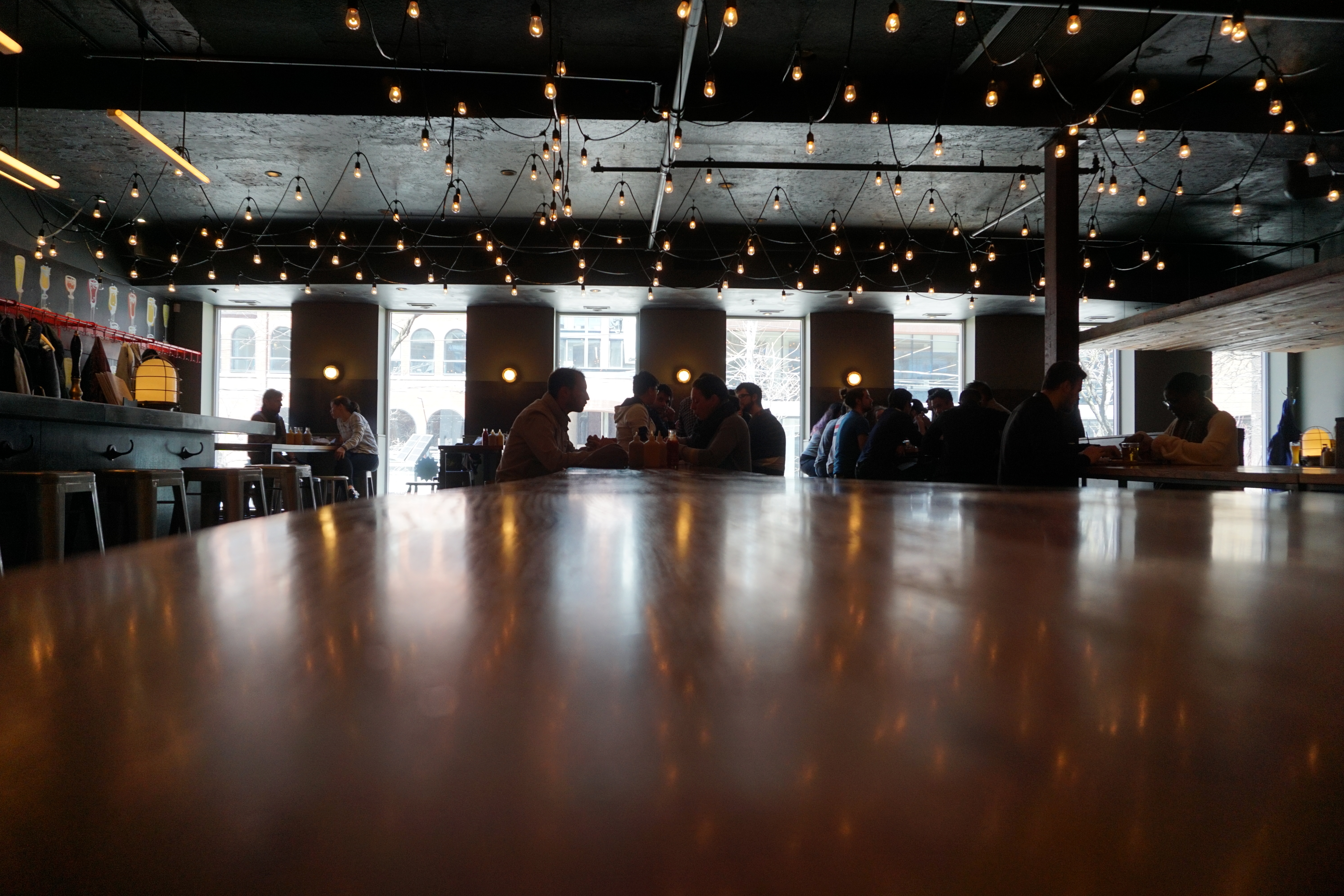 Finally our hotdogs came. Pretty damn good despite the fact that it was , well, a hot dog. I got cheese on top of my hot dog too, so that made it quite good. Even though I could have gotten a hot dog for $3.50, this was still pretty good. I won’t mind coming back for these hot dogs next time, but maybe with a bunch of buddies. This place will be awesome after a couple  of steins! Oh we also ordered the duck fat fries. Life boss didn’t like it, but I thought it was pretty good. I won’t mind coming back, if not for the food then for the atmosphere! 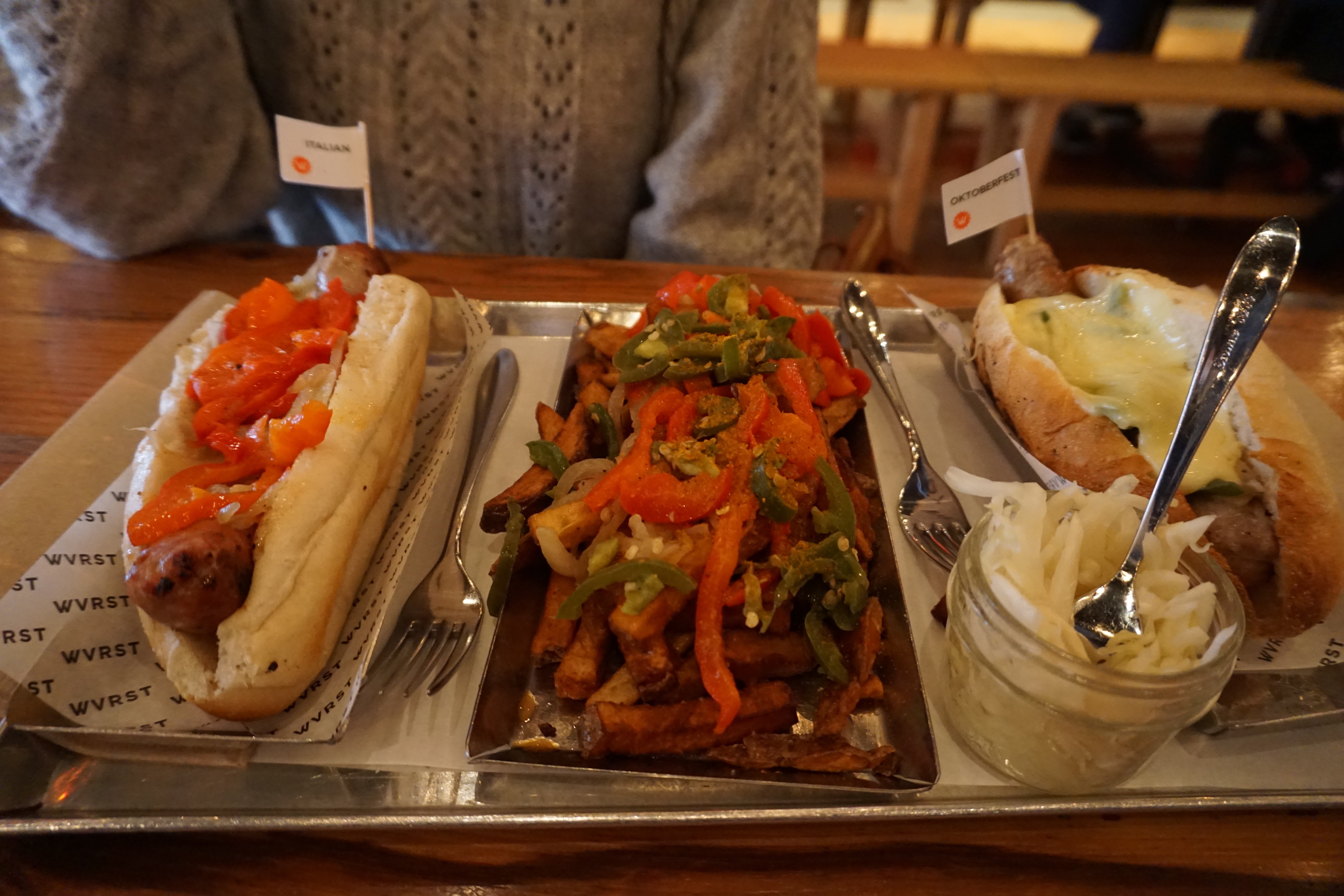 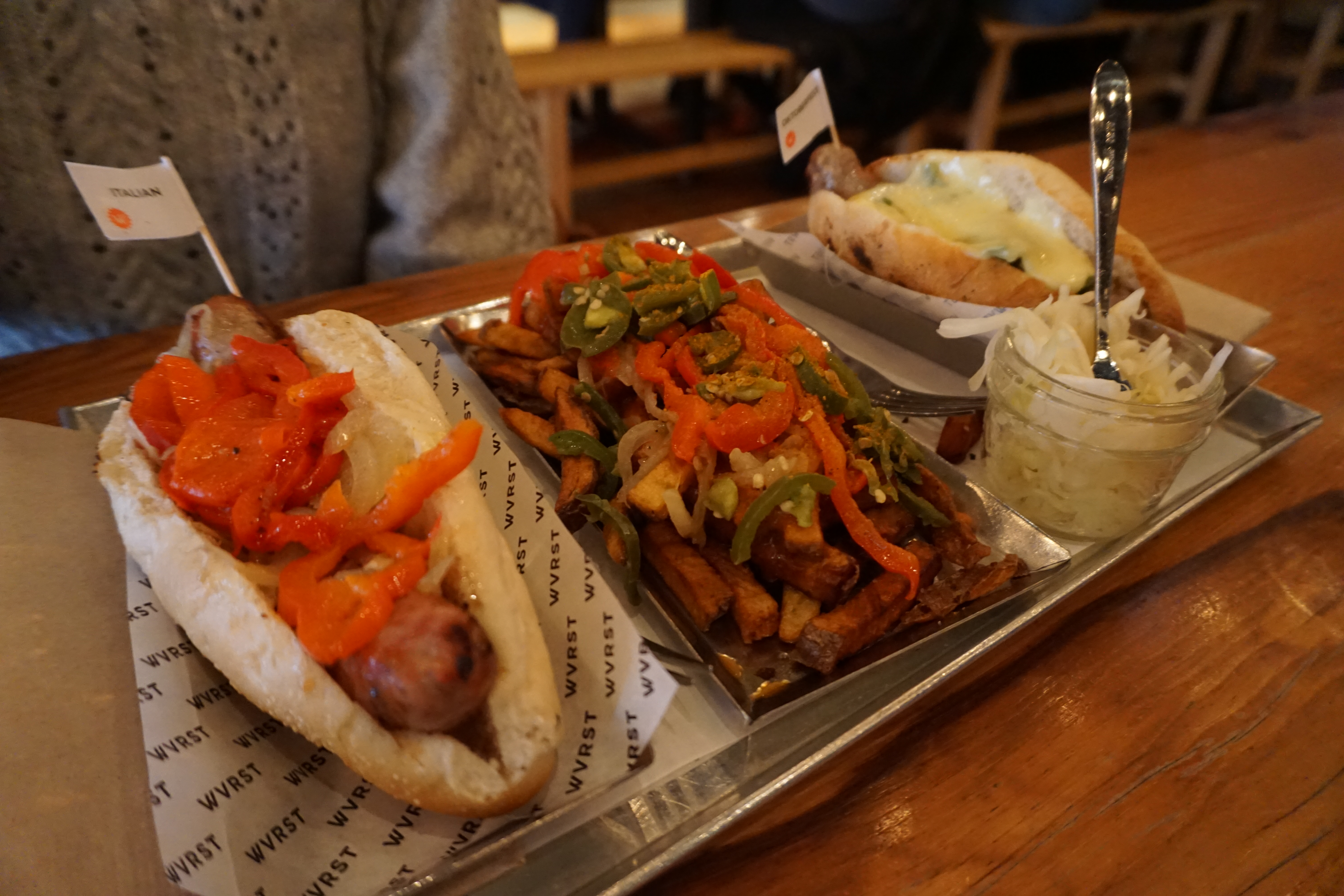 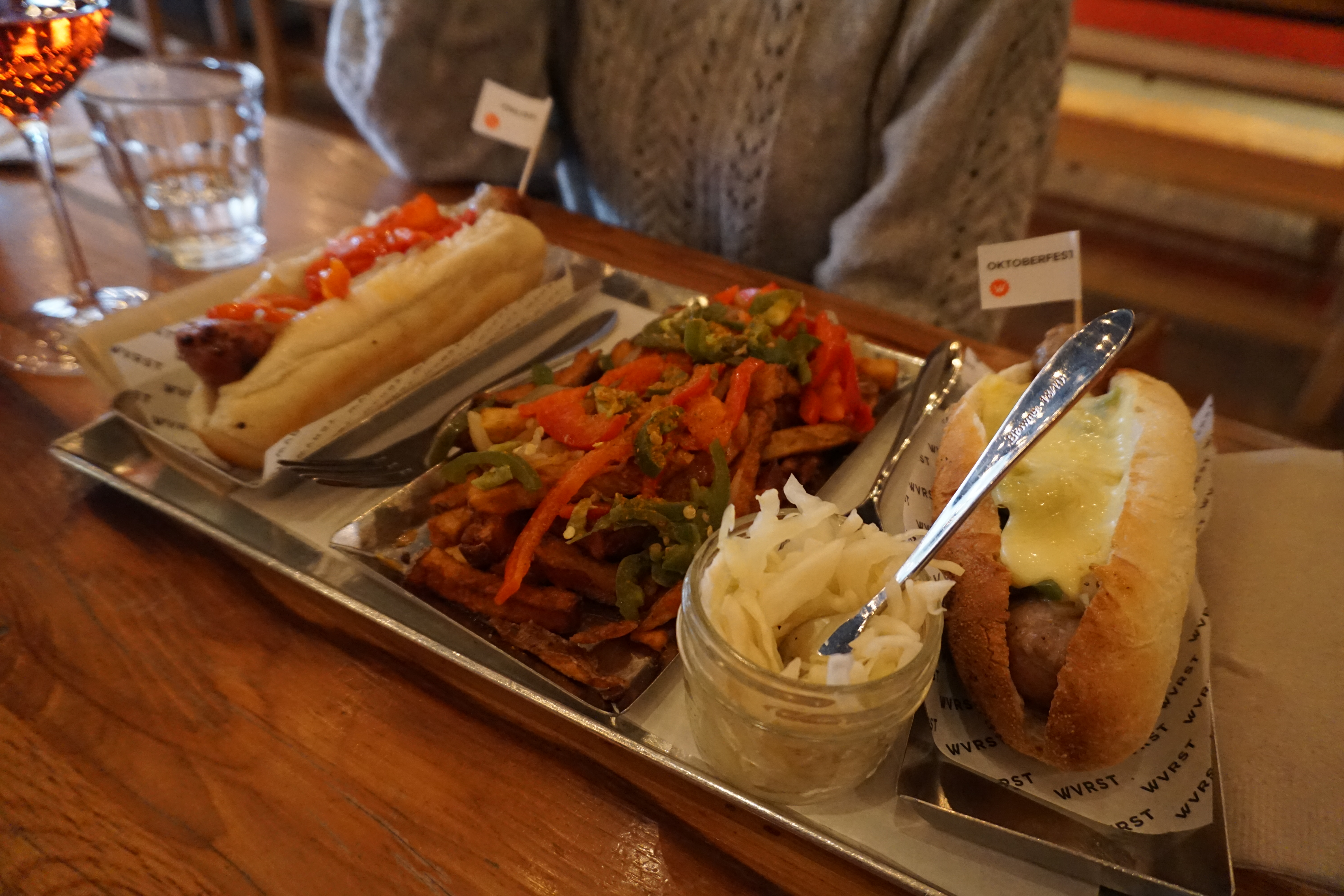