I think we are most genuine when we were kids.  As I grew up, I feel like there are certain aspects of childhood that have been lost during the transition into the adulthood.  Don’t get me wrong, there are perks being an adult and that will be a post of it’s own for another day.   I’ll just take this opportunity to write why I think being a kid rocks. 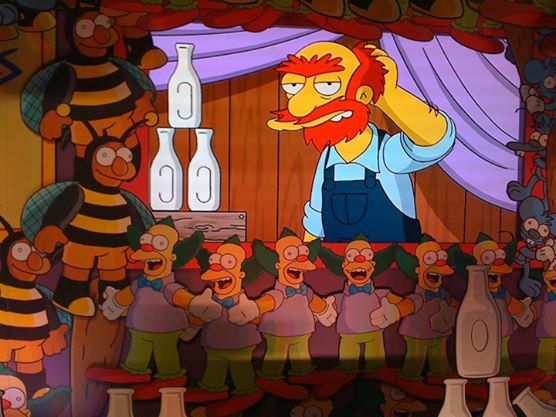 I firmly believe that our main job as a kid was to play and have fun. This could differ from city to city, country to county depending on the culture.  I know from growing up in Toronto, Canada our teachers and education system promoted recesses and extracurricular activities.  I think this was great in that it promoted your social skills among your peers which is an important tool later on on life.  Further, I remember that in kindergarten we would be playing in order to learn.  I remember playing frogger (a game that I love) while learning the basics of arithmetic.  The ability to combine learning and having fun has been lost as we entered into University, where most of the focus was placed in front of our textbook, at a desk.

Being a kid almost means little responsibility.  I remember when my parents would take care of everything for me.  Yes, I was responsible for getting my homework done but it’s peanuts compared to what you are are probably facing today.  I recall my main responsibility as a kid, was just that, to be a kid.  Yes, having good marks was important and I definitely would’ve gotten a big hurting if I flunked a grade, but what was equally important was that I was enjoying my self and was having a lot of fun.

Which leads to my next point, is that as a kid I was so carefree.  Maybe because back then I didn’t really read newspaper, nor saw the news on TV (I was probably watching more Simpsons than anything else). Nowadays, I see all these problems that are going on in the world. Granted, it does not have a direct impact in my life, but its just depressing to hear about all these wars and accidents that are constantly occurring.  Also, all the problems that you face as an adult is almost non existent as a kid.  So maybe the best part of being a kid is that you are ignorant of the world’s and life’s problems.  That’s probably why they say ignorance is bliss.

I remember when being able to play with dinosaurs or having a pizza lunch made me feel like I was king of the world.  It took so little to make yourself happy back then.  I remember the simple act of going to the mall with my friends during the summer break was so fulfilling and fun.  It was like we were going to another country.  Now that we are able to all drive, going to the mall is just like an everyday chore.  To take it further, we are probably more worried about gas and money, resulting in us not wanting to go to the mall.

Finally, and maybe this is partially my fault but I definitely had more energy when I was younger. This may seem sad, but on a workday I am very tired by 10PM, and will need to hit the sack by 11PM. If I don’t, the next day is just ruined.  Now, I can probably fix this by exercising more or eating right.  But as a kid, I would be going at 120% the whole day, right from the morning.  Nowadays, I need 1 – 2 cups of tea before I can get my morning going.

I remember clearly when I was a kid I couldn’t wait to grow up, wanting all the freedom and money in the world.  I felt like adulthood is the gateway to something more.  How I wish I can go back in time and spend just a day as a kid.

I’ll just have to wait till they invent time travel.