I’ve flew about 20 times the last year and half, and have learned some nice facts about flying!  Thought it would be nice to share some of this to my fellow travelers.

One of the most scary moments on a plane is when it goes through turbulent air.
As you may know, when the airplane hits turbulence the whole vehicle shakes, up and down, left and right.  (For those that don’t know, turbulence is caused by a change in air pressure.  I don’t know the whole science behind it, but you can easily google that).  As a passenger on the plane, I felt like the plane was going to come apart.  What was more scary is that this is common, and you should expect to hit some turbulence at least once a flight.   What is interesting is that planes are made to withstand turbulence.  Accidents related to turbulence is really low, almost close to zero.  Further, the wings on the plane is so flexible that it can be bent 90 degrees and still be alright.  Of course, if i ever saw that while flying i will be probably freak out and faint. 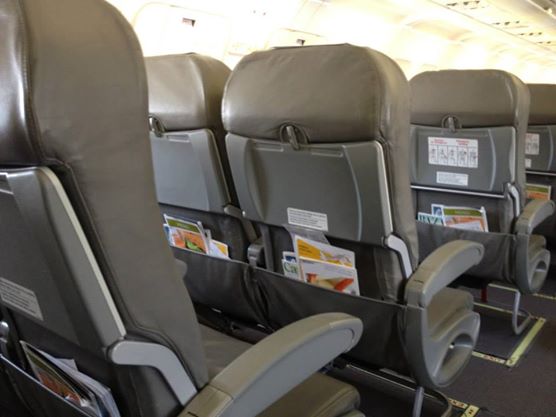 Next, bring water.  Bring your own bottled water.  Yes the airline usually will supply you water.  But I have heard the water on the plane is not exactly the cleanest.  Furthermore, I find that they usually only give you one to two cups of water.  For me, I get dehydrated really easily while flying, so I usually will bring at least 2 bottles of water.  I also don’t like to call for the flight attendants to give me more water because 1) They will only give me a cup 2) I will have to call them again to take my cup away.

Seat belt.  A lot of people complain about it while flying.  For me, I always have my seat belt on. Although there has never been any fatalities related to turbulence, there have been injuries. And these injuries happen to people that do not have their seat belt on.  Seriously, it’s not that uncomfortable to wear your seat belt.  For me, I just strap away and sleep. The flight attendants also don’t need to wake you up in the middle of the night if the seat belt sign is on

This last tip, I actually never knew until I started bringing my blazers on to the plane.  I guess it’s because I never wore a blazer on the plane.  But what I learned, is that there is a closet on the aircraft that keeps all of the passengers jackets / blazers! It’s not really a big deal, but for those that are trying to save space for your suit case!