Let me start this off by saying, I love Korean culture. The food, the music, the fashion (ok maybe not the fashion, not a big fan of guys wearing eyeliners) everything I love.  I have been to Seoul two times the last year and I am still not bored of it.  It’s  a beautiful city, weather is nice, air is fresh, people are generally nice, food is good, transportation is convenient. etc etc.  I can go on, and on, and on. 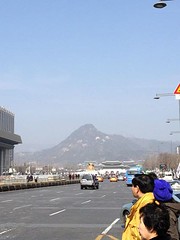 It is a modern day country.  Though it is modern, it is still buried in deep tradition.  Korean culture places a lot of emphasis on ranking and age.  They have distinct names they will call people, depending on their age.

Another interesting I learned about Korean culture, is when they pour they must hold their elbow while pouring your drink with the other hand.  Further, the host must be the one that pours, not the guest.  This is a sign of respect for both the guest the host.  Now this is the tricky part; if they pour your drink, then you must finish the entire cup.  This is a sign of respect.  But then, it is not a good thing to have your cup empty.  So they will pour it again.  Then you have to drink. Then it’s empty again.  It is a vicious cycle.  No wonder people say Koreans can drink a lot.

I mentioned earlier I like their music.  Too be honest, i was never into Korean entertainment until I was introduced to Running Man.  One of my favourite all time game shows.  Not only was it hilarious, but it introduced me to a lot of Korean acts that I otherwise would not have even bothered looking into.  I hope Running Man never ends.

My goal this year is to visit at least Busan or Jeju islands.  Finding the right time, is the difficult part though.  I have been told in July, it is their rainy season.  July was the month I wanted to go -,-  Oh well, I’ll keep planning.