Bread Street Kitchen, owned by the famous Gordon Ramsay.  Yes the same Gordon Ramsay you hear on TV yelling at people, cursing them out, throwing the crappy food back into the contestants face.  He also makes good food.   Our hosts (which were some awesome Europeans) took us to this restaurant, which is located on 10 Bread Street, London. 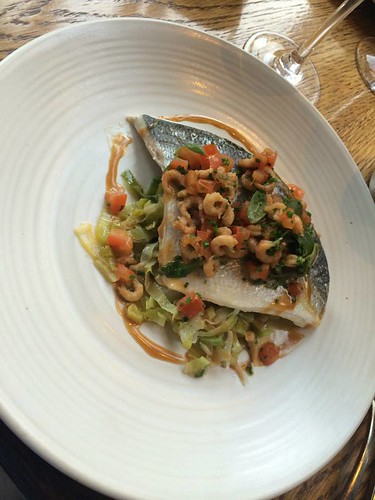 The official website for this reatuarant is : http://www.gordonramsay.com/bread-street/ I ordered a fish dish, and for some reason I can’t find the name of the dish on the website.  Maybe it was because we got a set dinner menu since our group was 20+.  Anyways, I am usually not a big fish fan but since I am trying to watch my weight, instead of the rib eye I decided to go with the fish.  It was exactly what I wanted, something light, tasty but still filling.  I think I will start eating more fish.  The sauce and toppings went really well with the fish as it brought the freshness of the fish out even more. 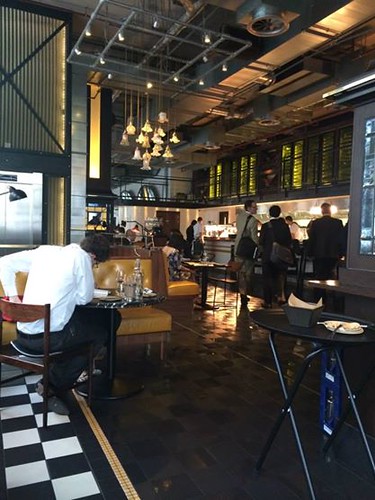 The atmosphere was lively and modern, although I don’t think they have enough space to accommodate a group of 20+ since our group had to split up into 4 different tables.  Other than that no other complaints, the service was expected of a Gordon Ramsay (which is great service).  Don’t know if we tipped since it’s not customary to tip in London (actually outside of North American, I am not sure if tipping is required).   I want to try more Gordon Ramsay restaurants!