Stamford Bridge! Home of Chelsea FC!! Don’t know what that is?  It’s one of the big football clubs in the Premier League.  One of the greatest moments for this football club was when they won the Champions League in 2012.  When I went there, all of the pictures were from that match.  I also was given a stadium tour, which was an awesome experience. 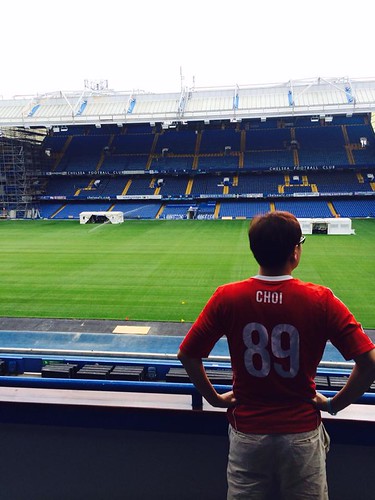 Opened in 1877, the stadium itself has a capacity of about 41,000.  I have been told this is actually quite small for a Premier League Team.  I did some googling, and the size of this stadium is actually ranked 8th.  But since this is supposedly one of the bigger foot ball teams it is ranked a bit low.  We did ask the tour guide why the smaller stadium, and his reply was that because the stadium was situated in such an urban area, there is actually no more space to expand even if they wanted to.  Makes sense to me.

As part of our tour, we were able to see both the visiting and home team’s dressing room.  One of the few names that I recognized was Torres.  I guess I should watch more football since I am living in Hong Kong now. 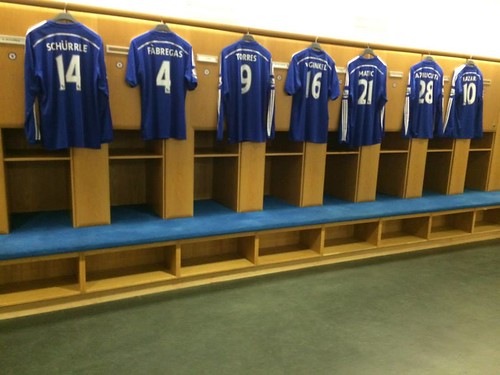 Other parts of the stadium that we went to were the press room.  He also took us to the stands where we sat and took some more pictures: 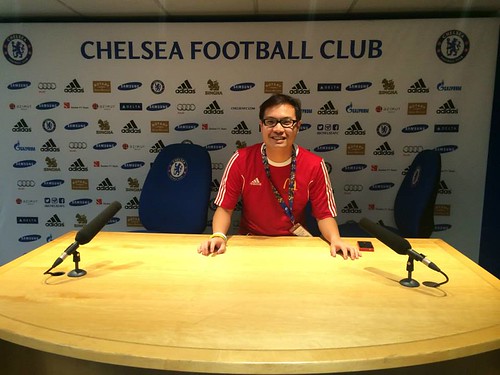 Pretty neat experience since I have never been to a football stadium before.  Would I pay to do this stadium tour? probably not, I rather go when there is an actual game happening!