Seokguram Grotto is home to one of the more famous Buddhist sculptures in the world.  It’s also designated as a UNESCO site.  Why did I not take any pictures of the Buddha?

2) we were not allowed to 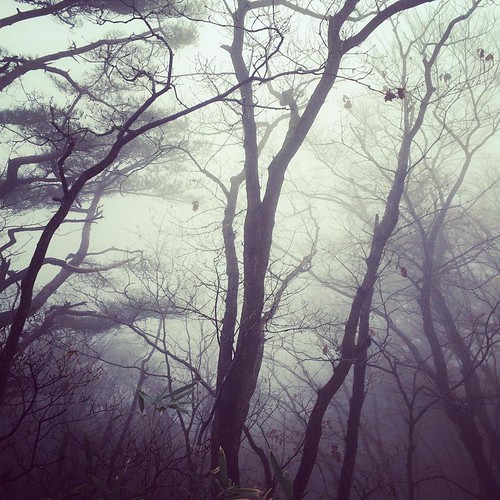 I could have probably sneaked in a picture or two of the Buddha, but decided against it.  Maybe because I was trying to be respectful, or maybe because I am a bit superstitious.   You can google it anyways, so you can see a picture.

So instead, here I show you another picture of how foggy that day was:

Pretty eerie actually.  But walking through the thick fog was an experience in itself none the less. 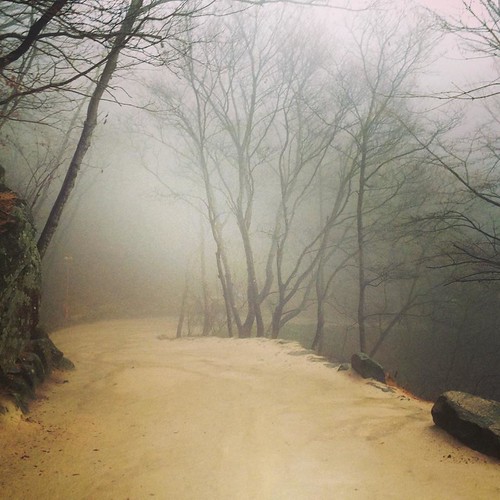 The Buddha was pretty nice, even though it was behind a glass window.   We spent about 10 minutes here, and then left.  I mean, there was only one statue to look at it……

Oh when you do leave you will see a temple.  I took a picture of the temple:

Yeah..didn’t do much here…but it was close to Bulguksa Temple so might as swing by right? 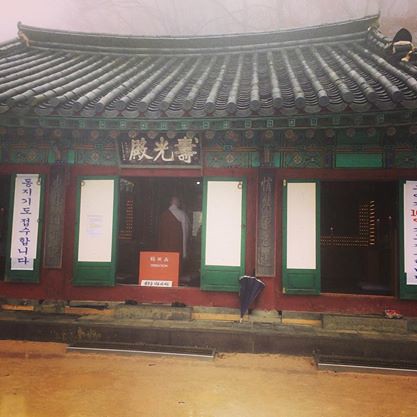