We were walking back to the hotel one day after work.  We already had dinner, and yet it was before 7.  Tooooo early to go to bed.  Toooo late to go somewhere far.  So when we walked passed the Deoksugung Palace we said why not? 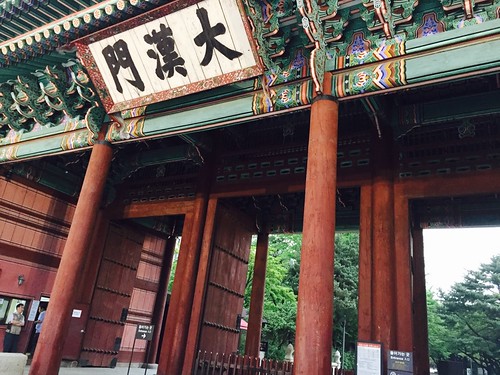 Entrance fee was super cheap.  It was like 1USD or 2USD.  It won’t break your wallet is what I am trying to say.

I really don’t know much about this palace in the first place.  So let me read about it now. 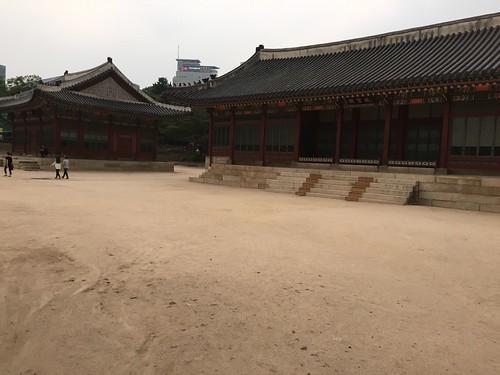 Ah so apparently this is one of the five great palaces of the Joseon Dynasty.  What is the Joseon Dynasty?It’s a dynasty that lasted 5 centuries in Korea.  Interested.  Oh, there’s also a lot of western style buildings there, which I guess gives it a unique spin.

Yeah it was a nice palace… but was quite empty. The buildings were also quite empty…maybe because it was a week day? Not sure.  Click on the website for the address yourself! 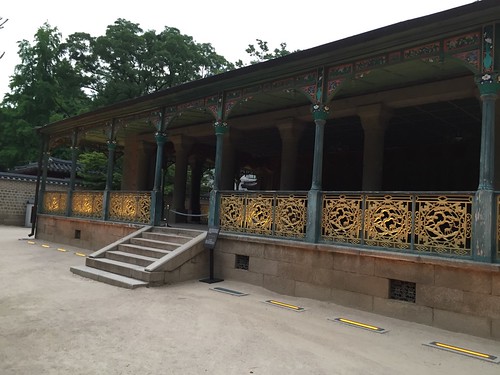 There was also this random water fountain…..That’s where most of the couples were hanging out.  I guess this has become a romantic place? 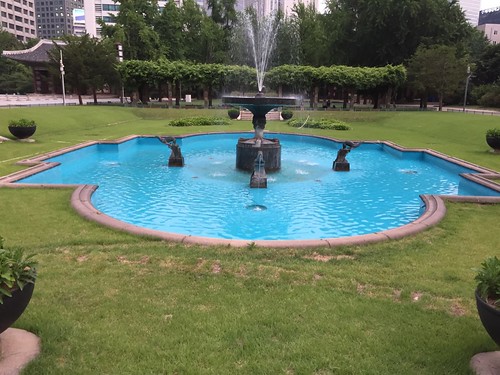 Yah..it’s a nice visit..but I wouldn’t say this palace is a must go.  But that’s only my opinion!!