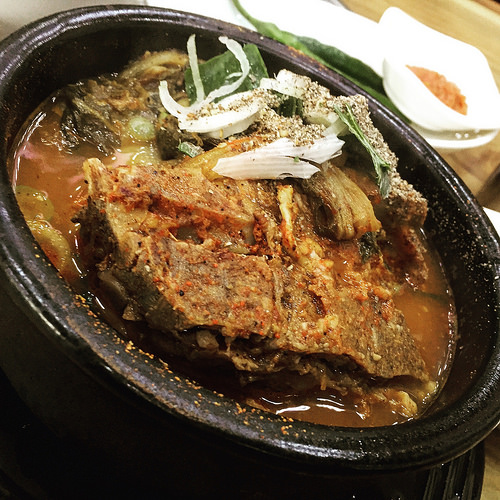 It was SO cold in Seoul.  I was there for work in February, and my face was frozen.  Granted I was only wearing a trench coat, but that doesn’t really have anything to do with my face.  My trench coat does not cover my face.  Anyways, because it was so COLD I wanted to eat some Pork Bone Soup.  After checking out a fellow bloggers post of Seoul For Two Plz, I came across this restaurant called “Idaejo Bbyeodagui”. 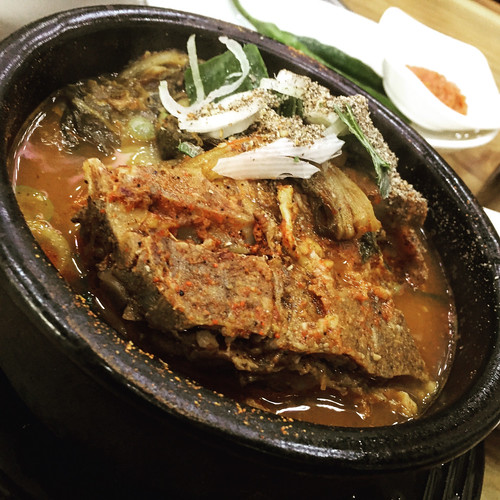 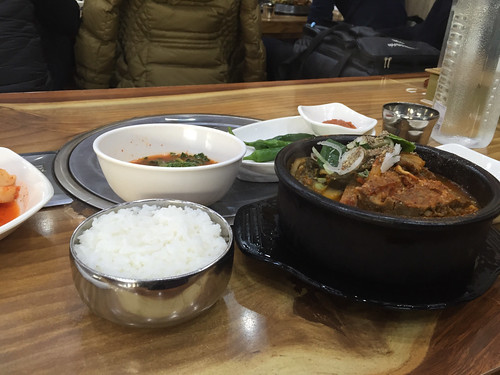 I had the Haejangguk because I came alone.  I think to order the other dishes you have to at least have a party of two?  I don’t know, I sat down and the waitress say “One?” and said yes and she said okay.  And in came a Haejangguk. 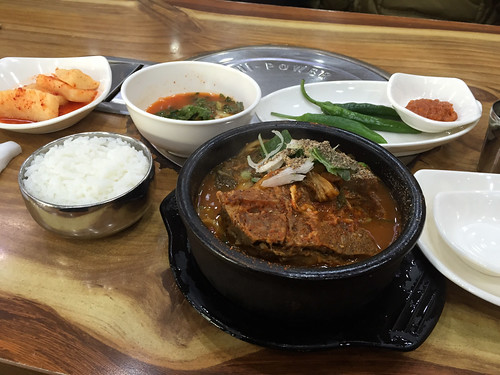 It was damn delicious regardless.  Usually pork bone soup there is not a lot of meat, but this restaurant had a lot of meat.  I was satisfied.  The soup base was flavorful and spicy, and when combine it with rice it’s just super awesome.  Super recommend this restaurant, especially since it’s near Hongdae you can come by after a drinking session.

Stealing from my fellow blogger again, the address is:

It’s a 2 min walk from exit 2 in Hongdae as well (pass starbucks), just look for this restaurant! 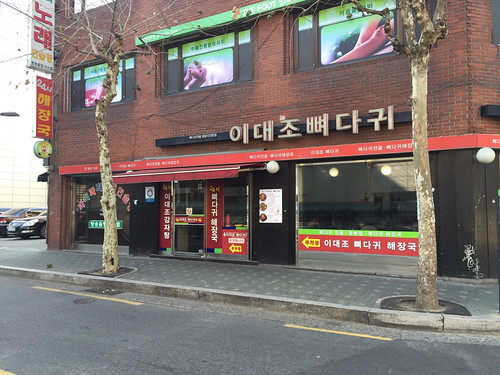 Written from Seoul, Westin on February 2 2016