For those that are not familiar with Hong Kong Pop Culture, Aaron Kwok is one of the more famous singers around. Dubbed as one of the “four heavenly Kings” of cantopop, he is kind of a big deal in Hong Kong! He was my favorite growing up, only to be surpassed now by Andy Lau, I mean majority of people you ask nowadays will probably say Andy Lau is their favorite since he is so awesome. 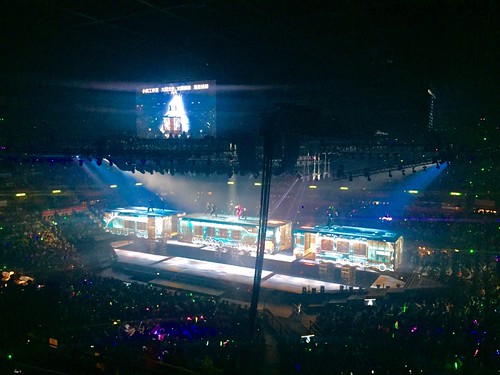 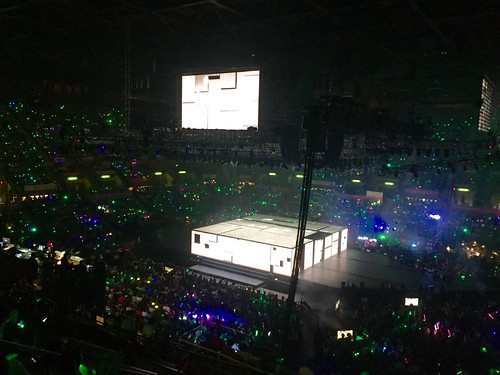 Side note – I took this video using the facebook live feature. Wow it was pretty cool! you can see me screaming in the background because I was trying to tell people I was well LIVE! Such a kick ass concept good on you facebook.

But yah! I was super excited still when I got the chance to see Aaron live. Must say for a 50 year old, he can still dance his ass off lol. Concert was good, great energy, loud music, flashy lights, and the STAGE! The stage was soooooo cool. It’s basically three big stages that can move around, go up, down, sideways etc. You can even go inside! 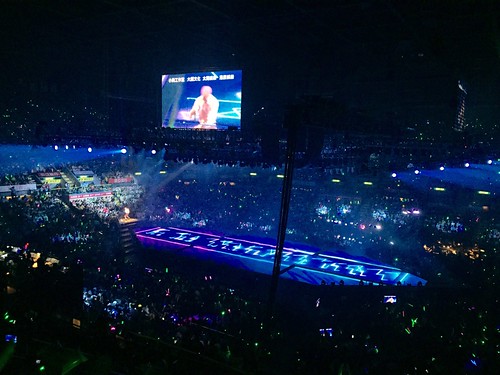 Damn impressed. I think all of the “four heavenly kings” are suppose to hold concerts this year or early next year. I already missed the Leon concert…hopefully I can make it to the other two.

Now that would be awesome. 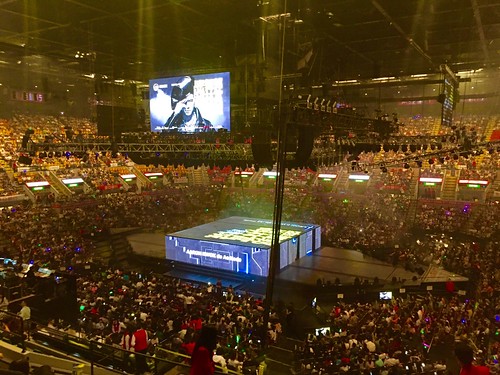 Check out the video, he performs one of his more famous songs. I love this song, always sing it in karaoke. The pictures I took was from our seats, pretty good seats. Actually the seats in the Hong Kong Coliseum is pretty damn good, you don’t really get obstructed by anything.