Gah..I am super hung over.

Was my friend’s birthday party yesterday and we drank a LOT.

Correction, we mixed a lot of alcohol…so yeah this post might not sound coherent. With that I apologize in advance.

Before we started being dumb and mixing our alcohol, we had a nice Korean dinner at this restaurant called Apgejeong Tent Bar in Hong Kong. 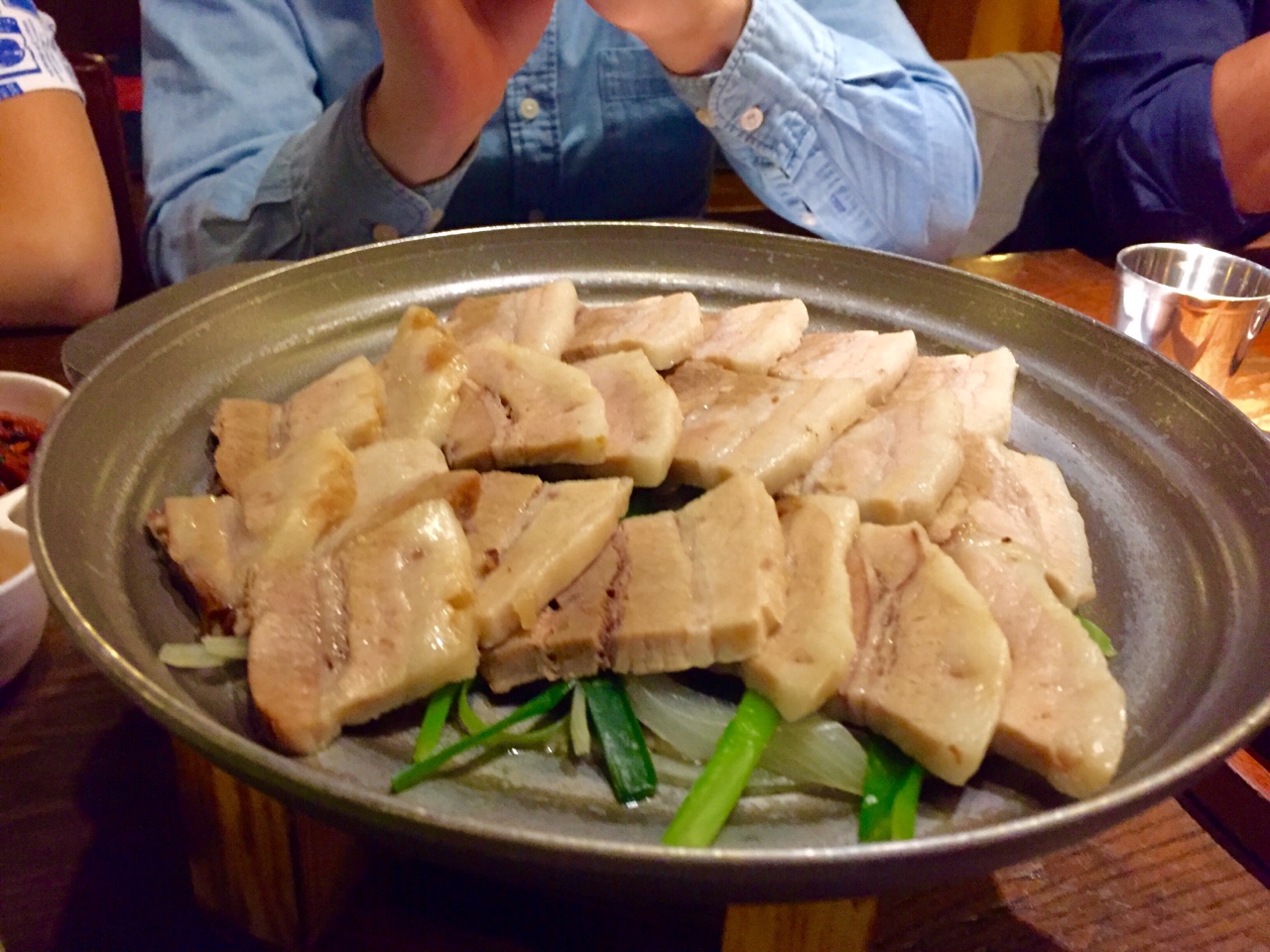 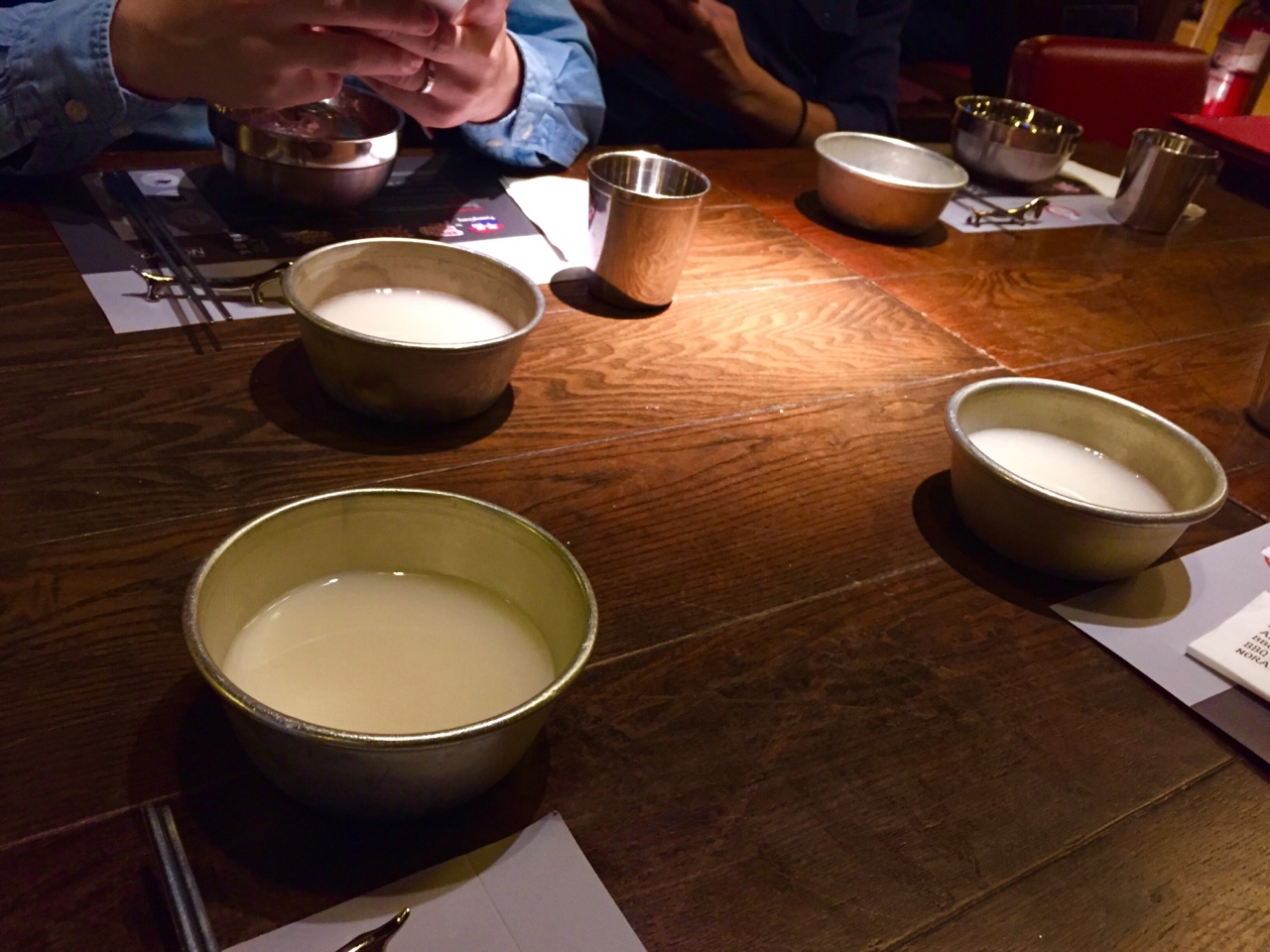 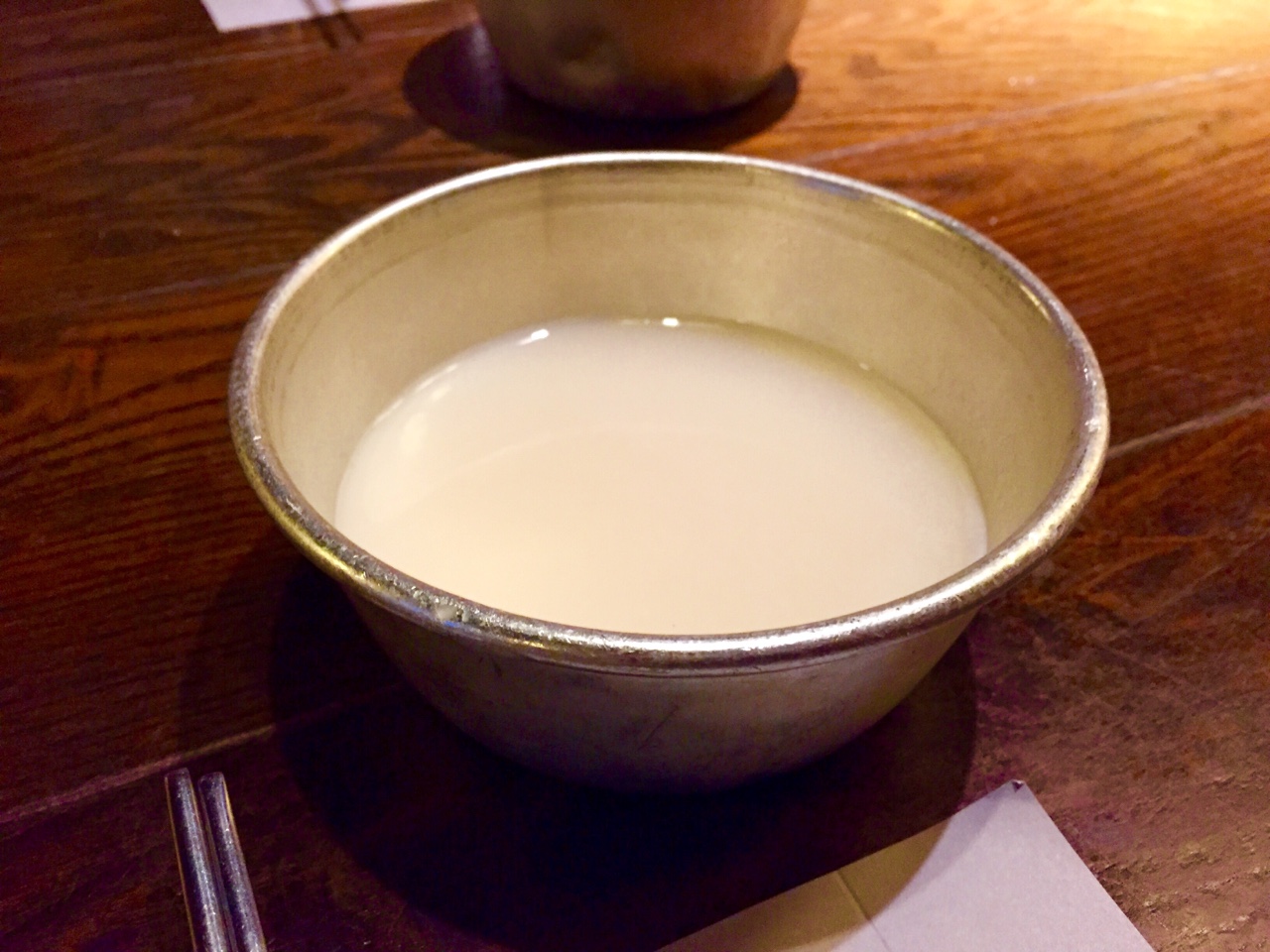 But of course, like any good Korean meals we started off with some Makkoli (rice wine). This shit is damn delicious. I totally recommend everyone to try it.

It’s easy to drink, its cold, and you don’t feel guilty after.

AND it’s only 6 percent in alcohol content (or maybe that’s a bad thing).

For everyone’s reference, we ordered three bottles of this stuff. That’s how ammaaazzing it is. 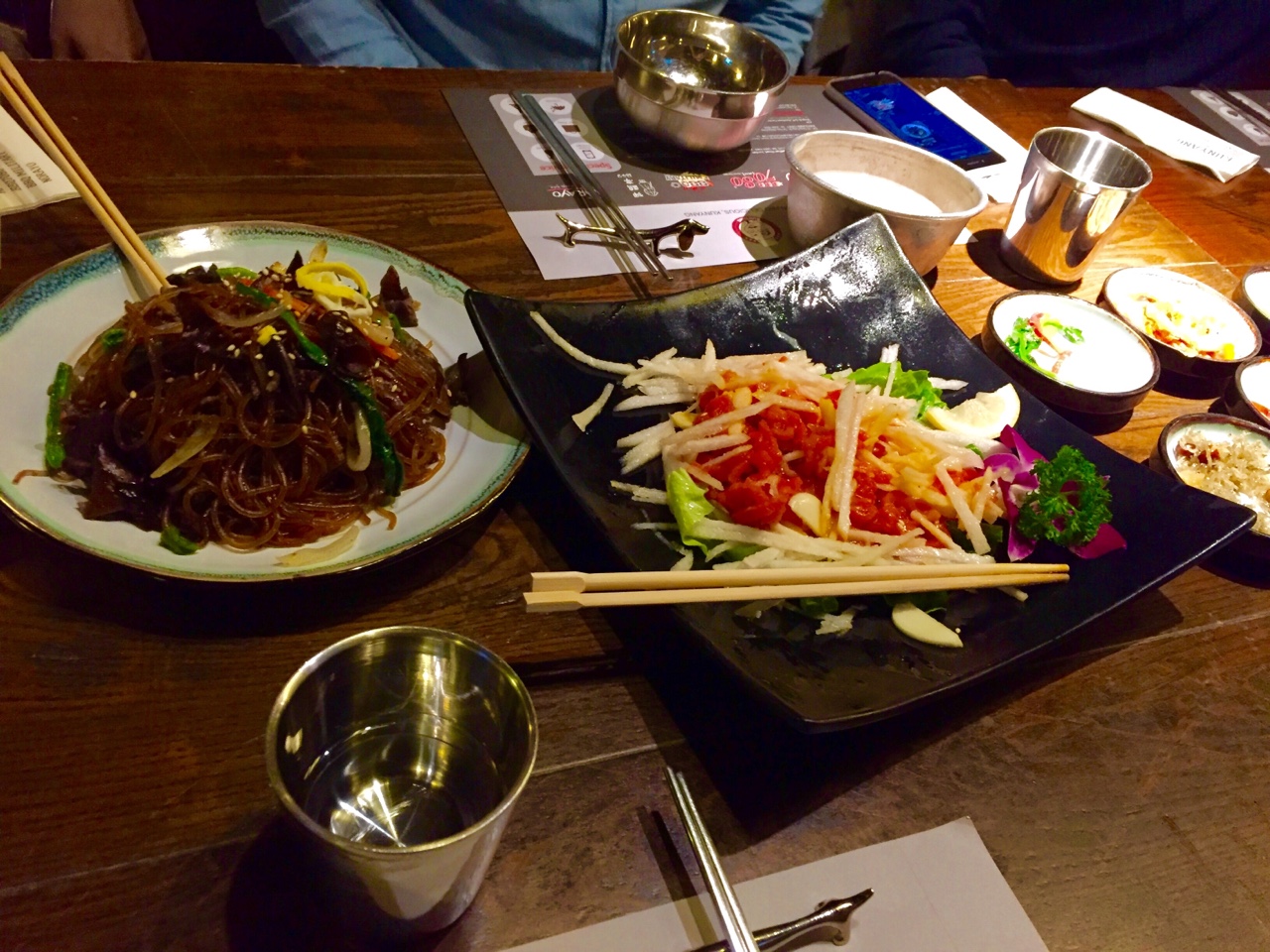 How as the food you are asking

Well unfortunately I was drinking the night before already so I didn’t have an appetite. Which is super shitty because the food definitely look super awesome. 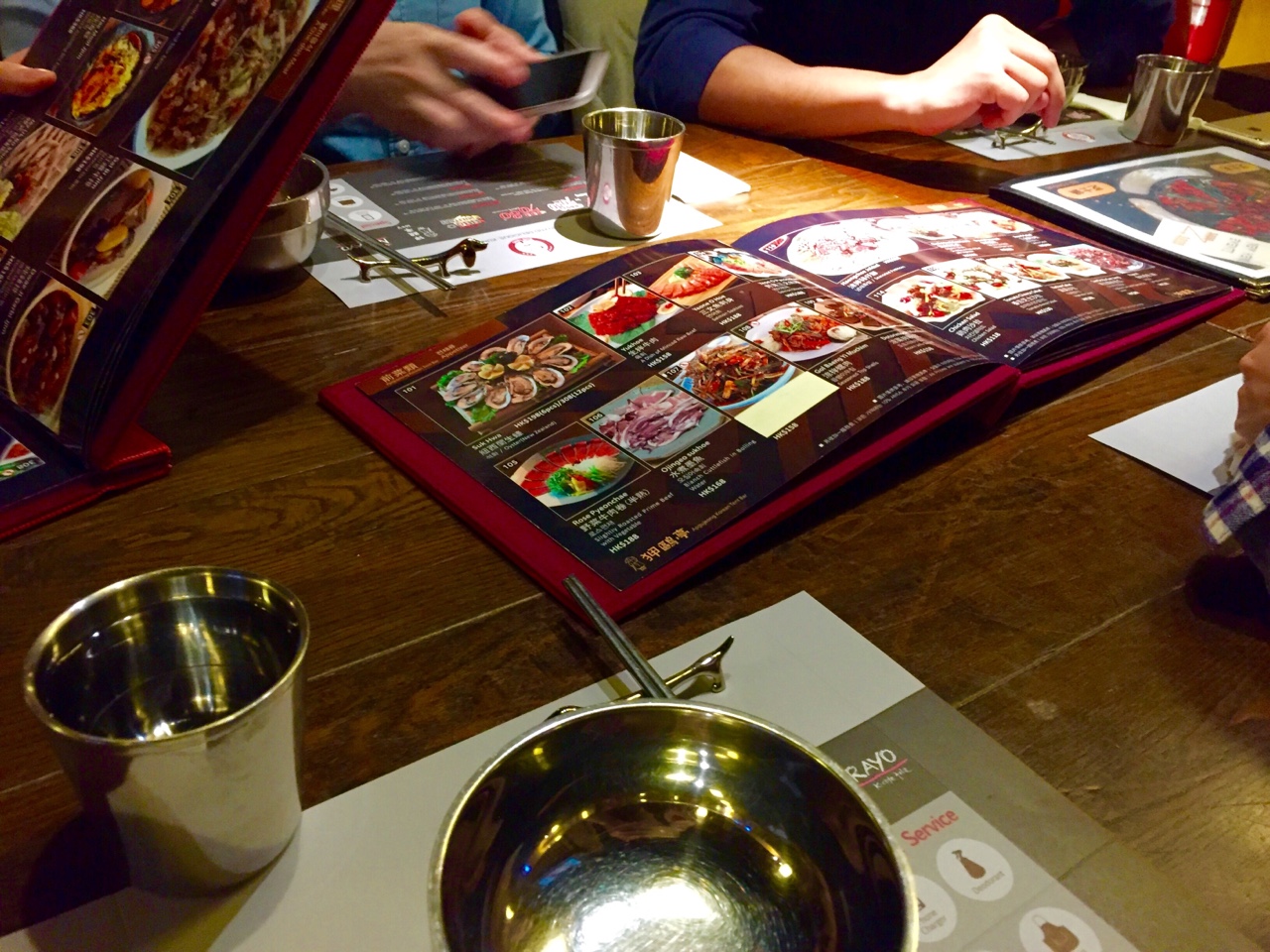 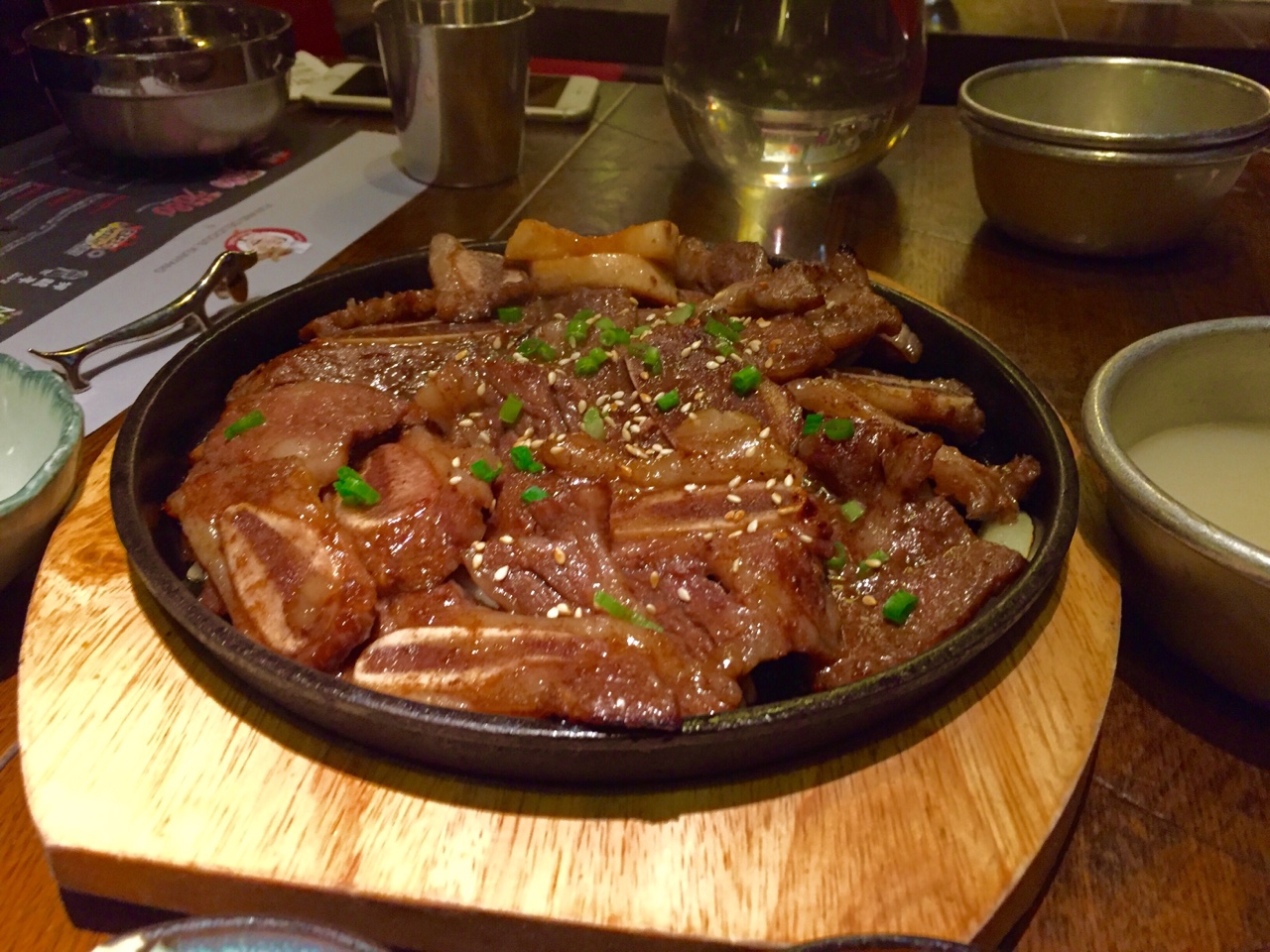 Why is it called L.A though? It originates from Los Angeles? I have no idea. There is a lot of Koreans in LA….but …yeah. not sure why it’s called that.

Next time I should not drink so much the night before, so that I can enjoy my damn meals.