I need to make another trip to Abu Dhabi.

#3 is a big driver for me. I think nowadays I travel to blog. Blogging is what drives me to visit places.

Is that a good thing? Bad thing? I have no idea. Let me know what you think yo! Okay enough of my shit, let’s go on with this post!

Sheik Zayed Grand Mosque is a MUST DO if you ever visit Dubai / Abu Dhabi. I included Dubai because it’s only an hour ish drive. So definitely make time for it. 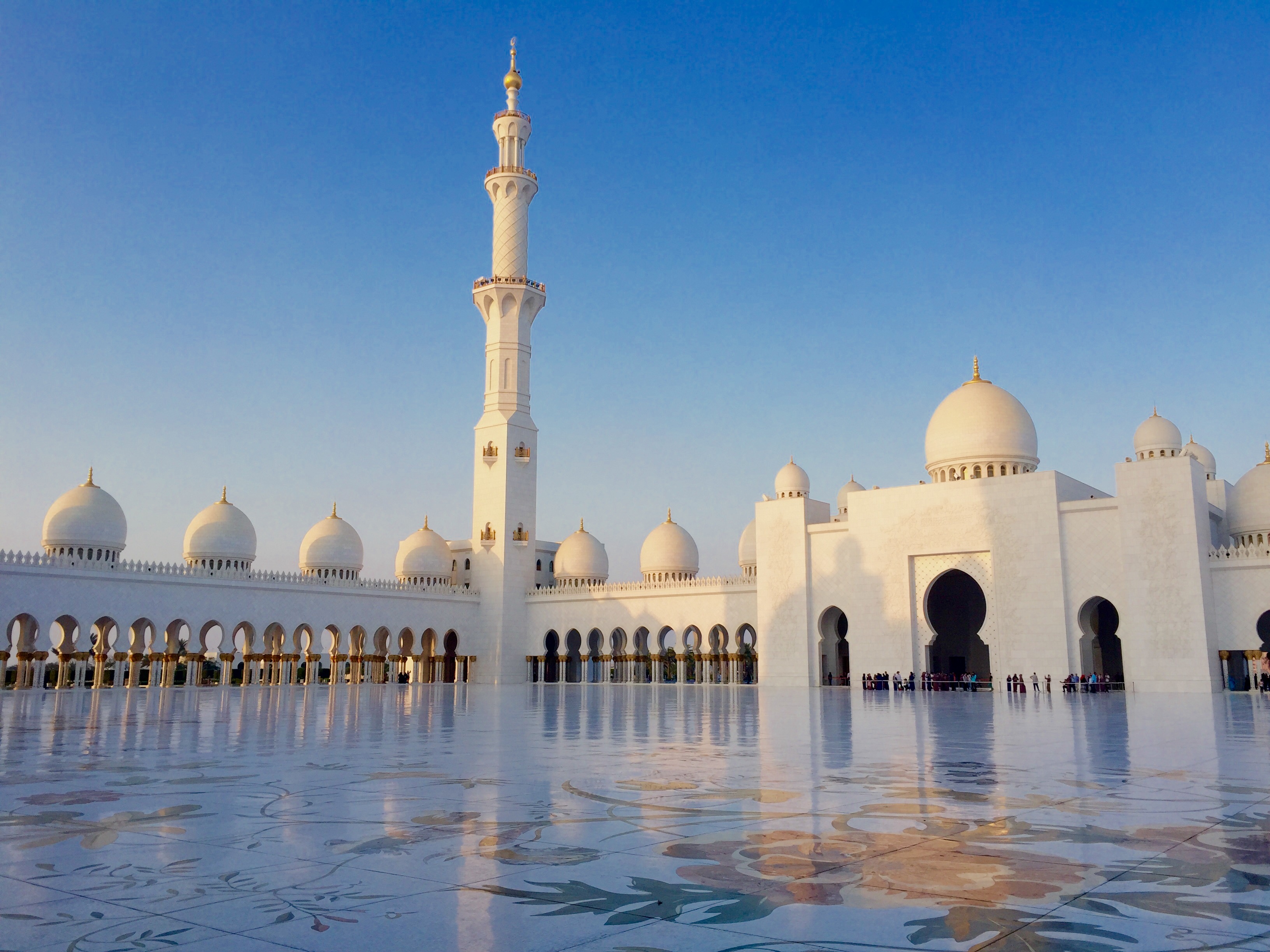 We are not locals (duh) so we hired a tour guide to bring us there. Le Life Boss told me we could have rented a car and drive there ourselves. But….I was scared due to my experience in the middle east (okay, just Saudi)…let me tell you driving is a mess there!

BOY was I ever wrong though. I could have definitely drive to the Grand Mosque. So for those that want an adventure, rent a car, drive to Abu Dhabi. 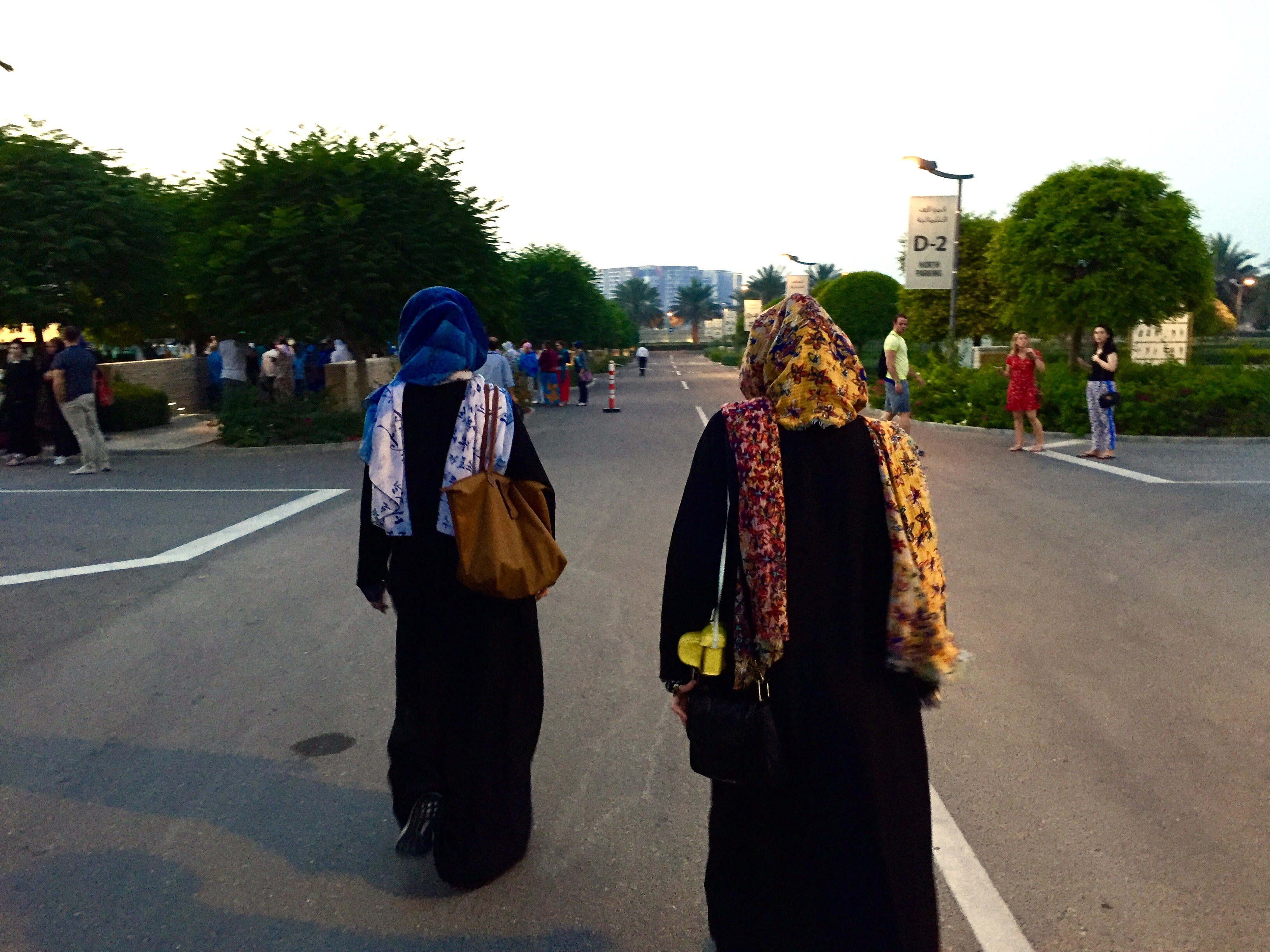 These were the people I went to the mosque. Yes. Covered from head to toe. SO CONSERVATIVE. Seriously, they were not wearing bikinis or whatever to the mosque. But security shoo’ed them both away.

So the tour guide gave them a blanket to cover themselves with…….so yeah be prepared for that if you girls want to see the mosque. 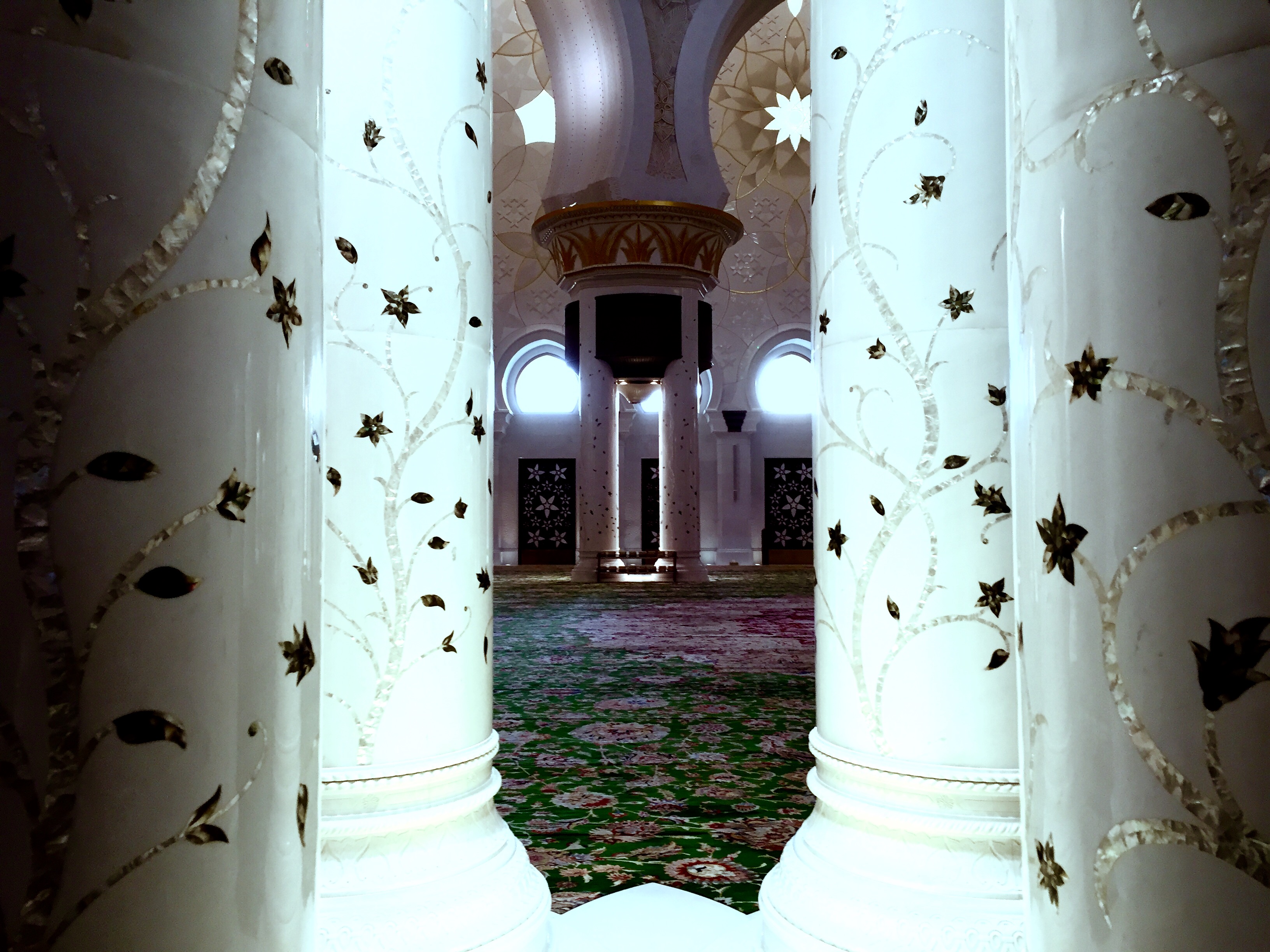 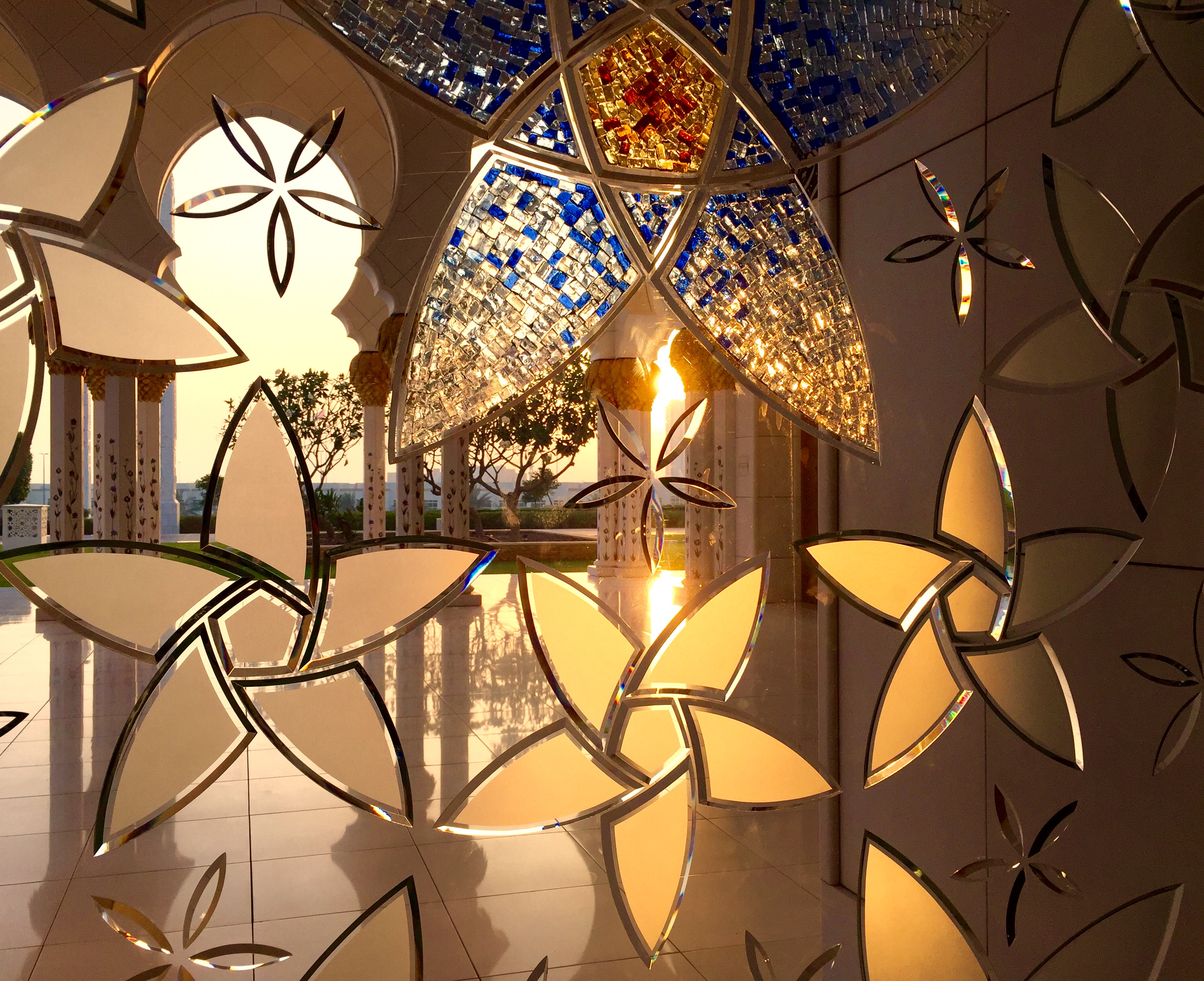 Took some really kick ass and cool photos, in my opinion of course. You guys might think this is a total waste of cyber space…but hey I am trying! So give me some damn slack. 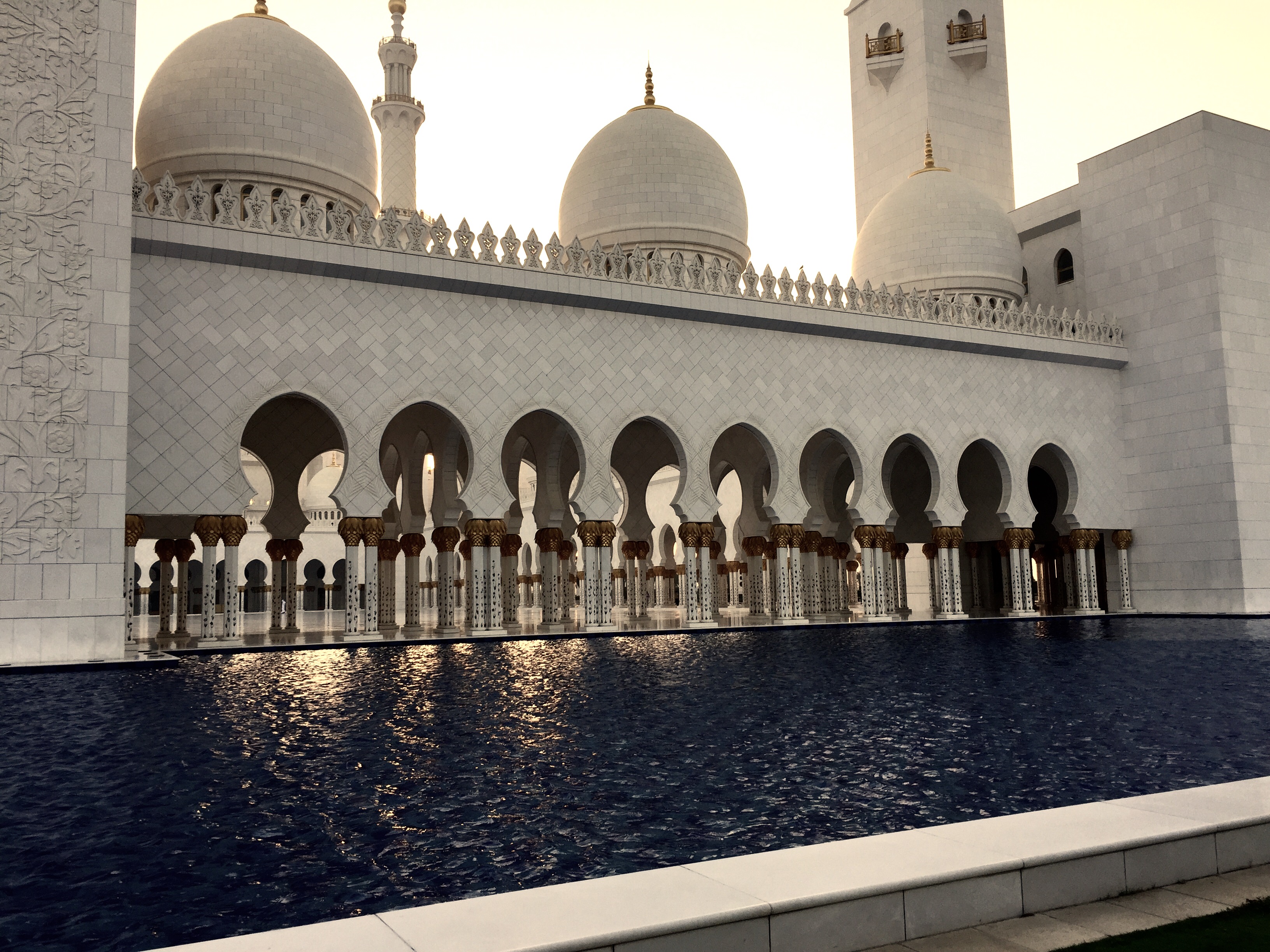 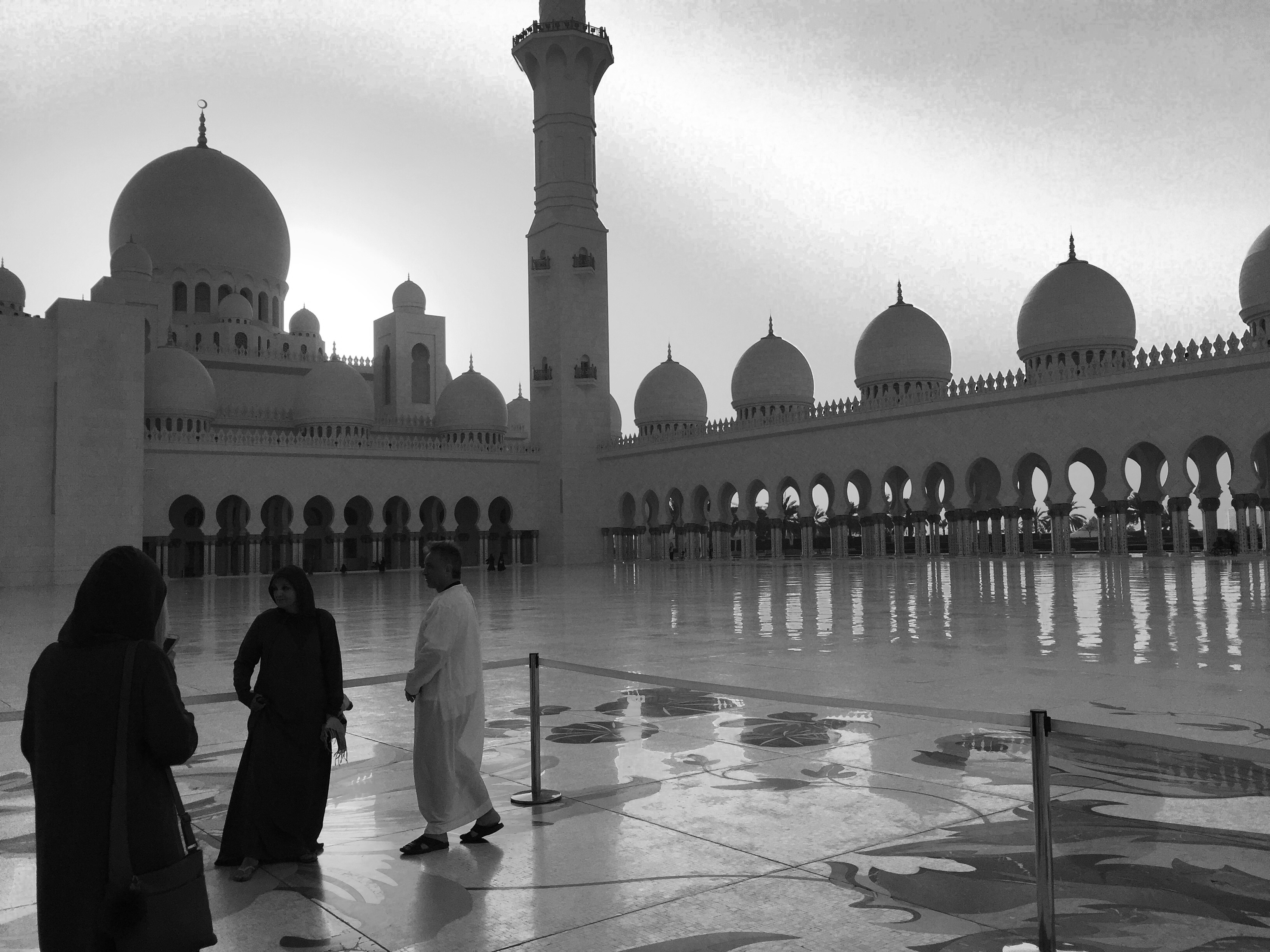 We only spent 1ish hour here. I personally think it’s because the tour guide wanted to go back home. Asshole. That’s why we didn’t tip you.

Seriously, it took us almost 2 hours to get there. Then you say “okay we will spend 45 minutes here” man get the fuck out. 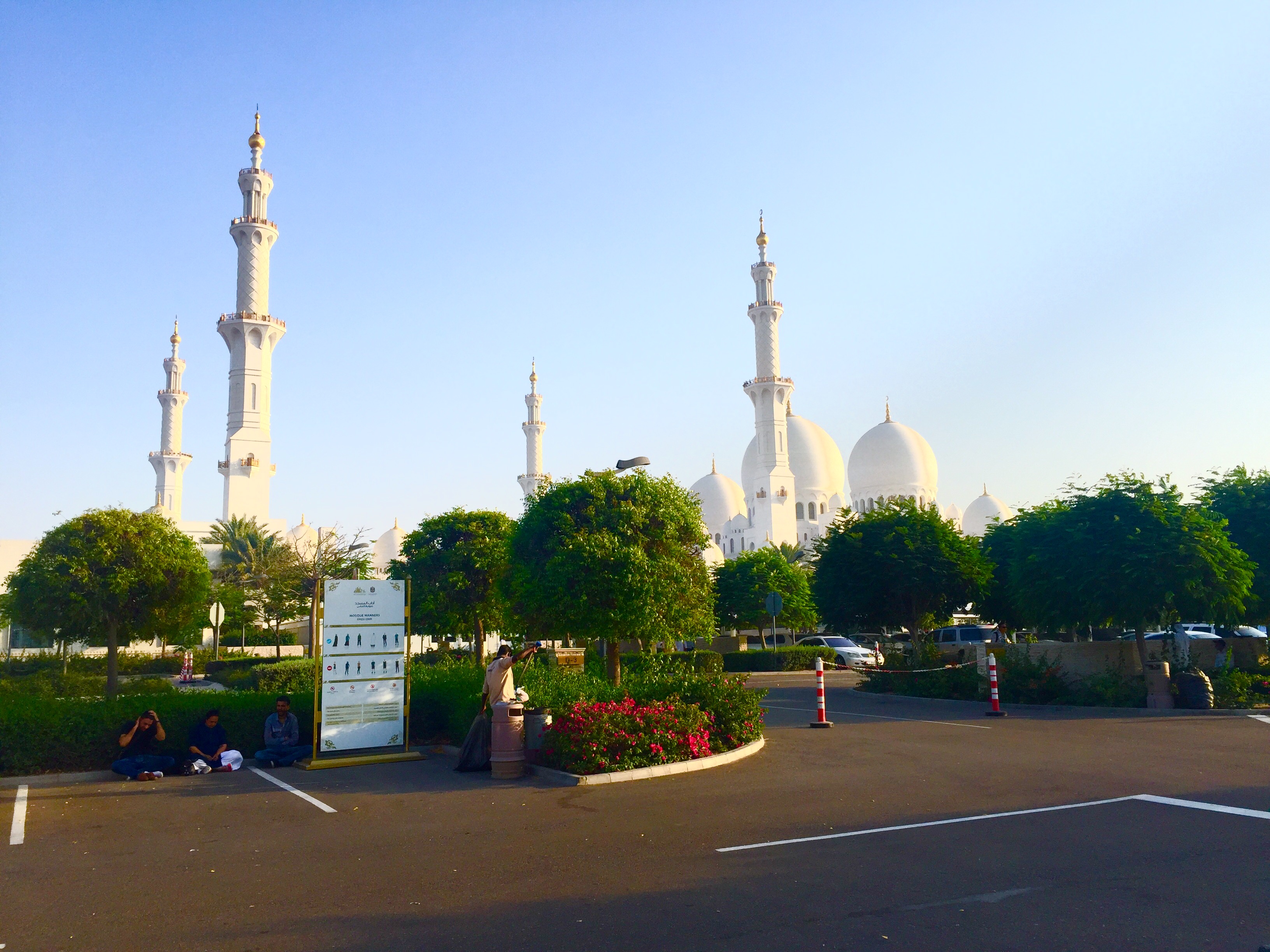 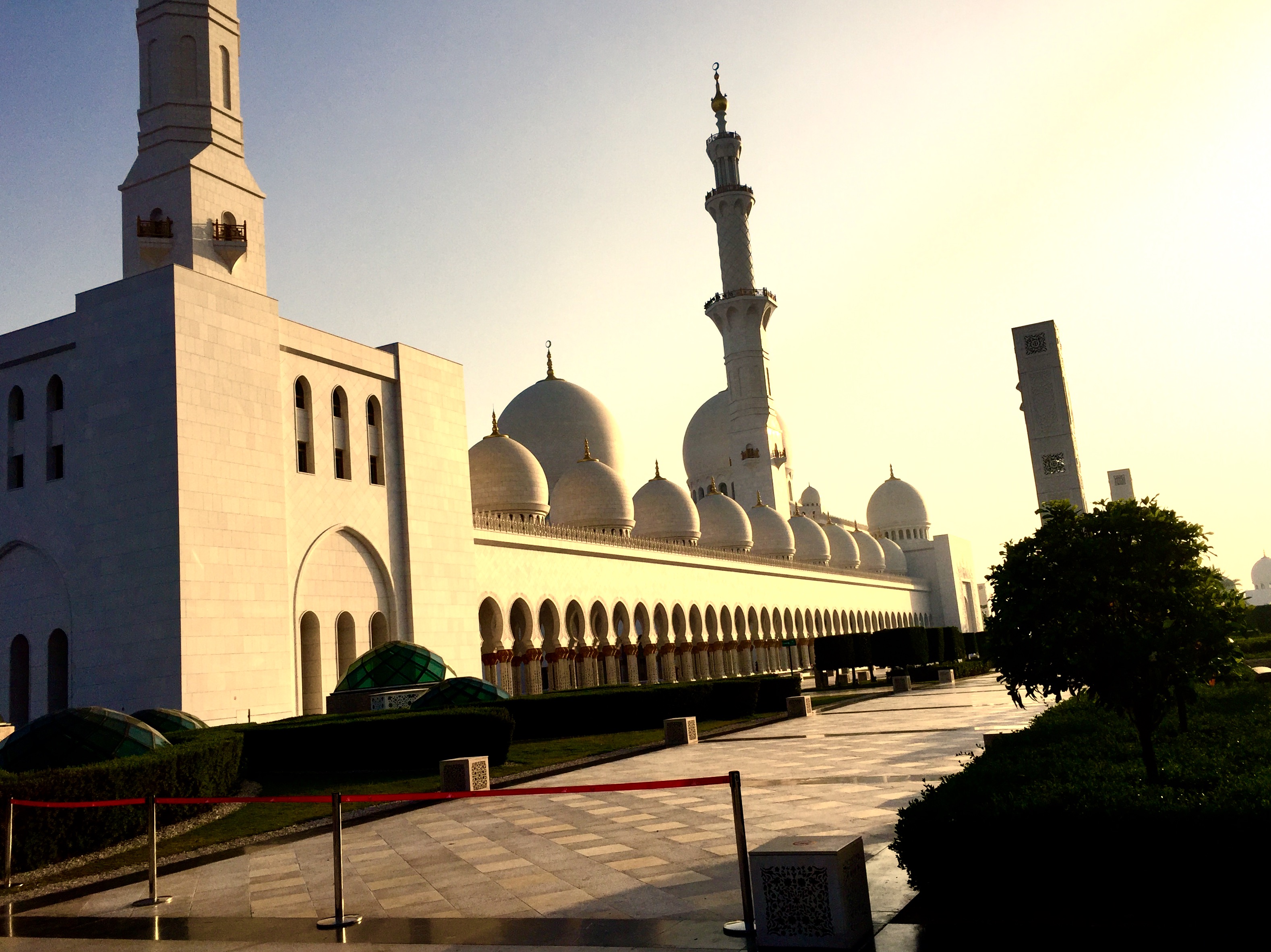 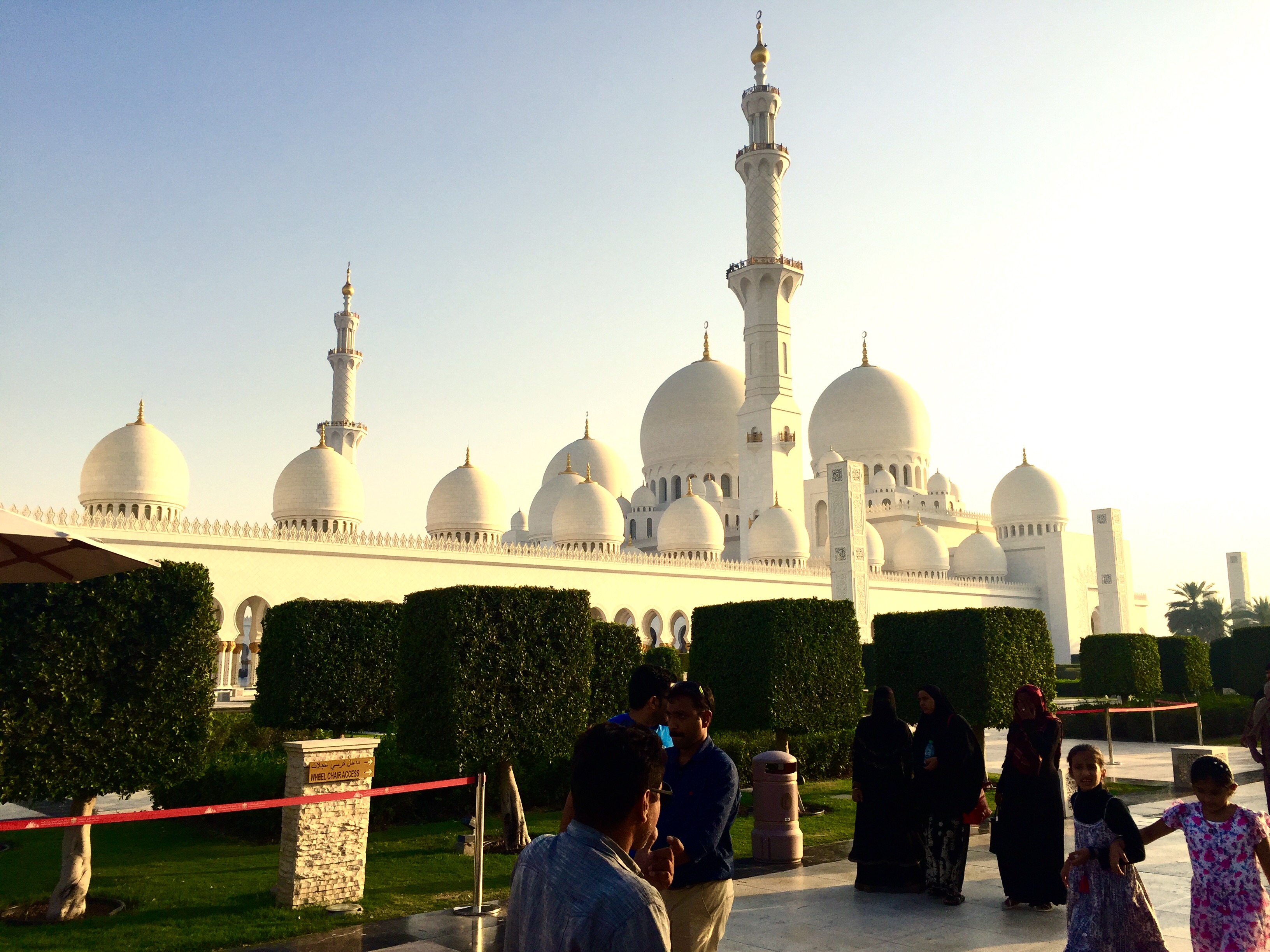 I probably shouldn’t swear. Especially with these awesome zenned like mosque photos. 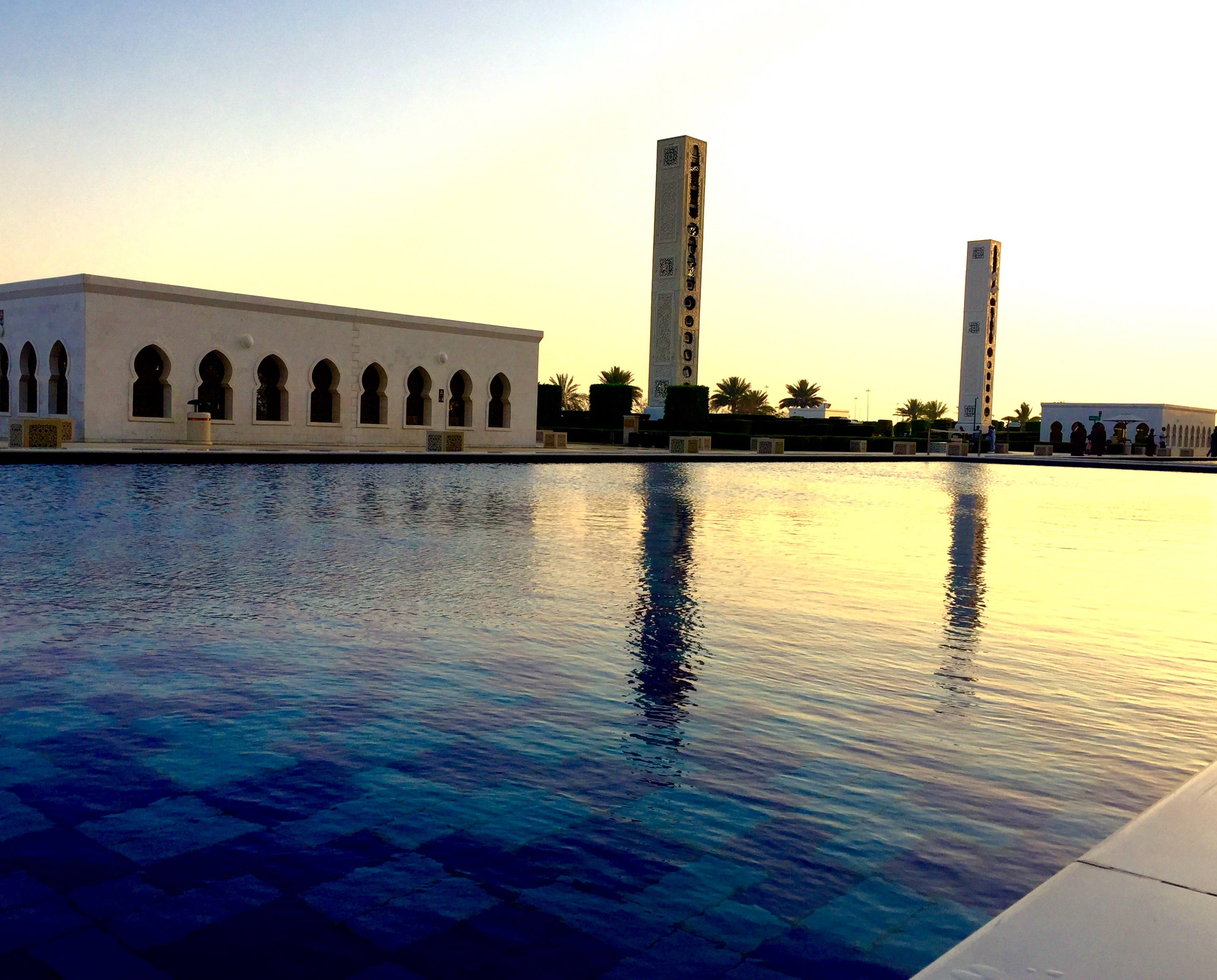 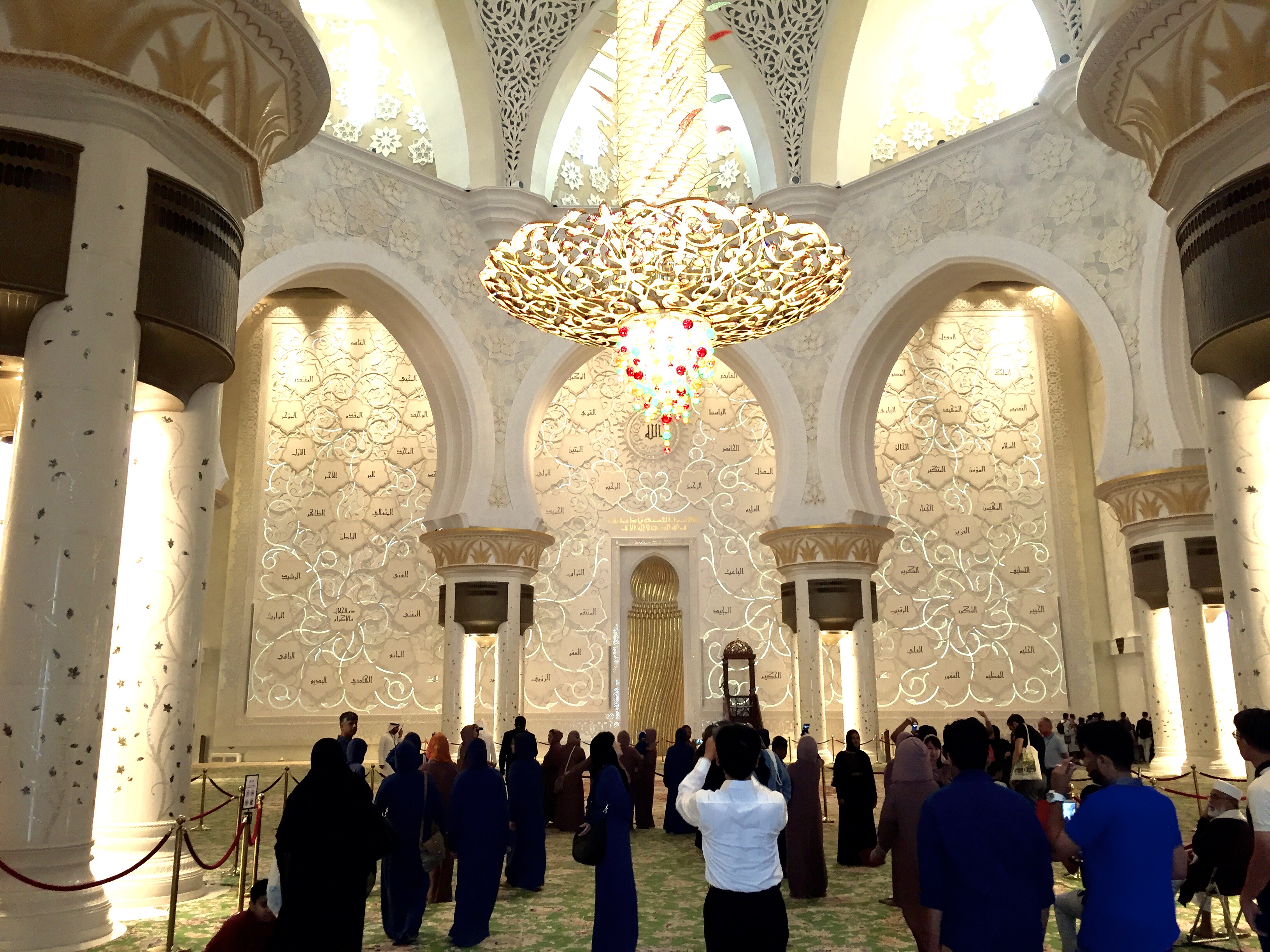 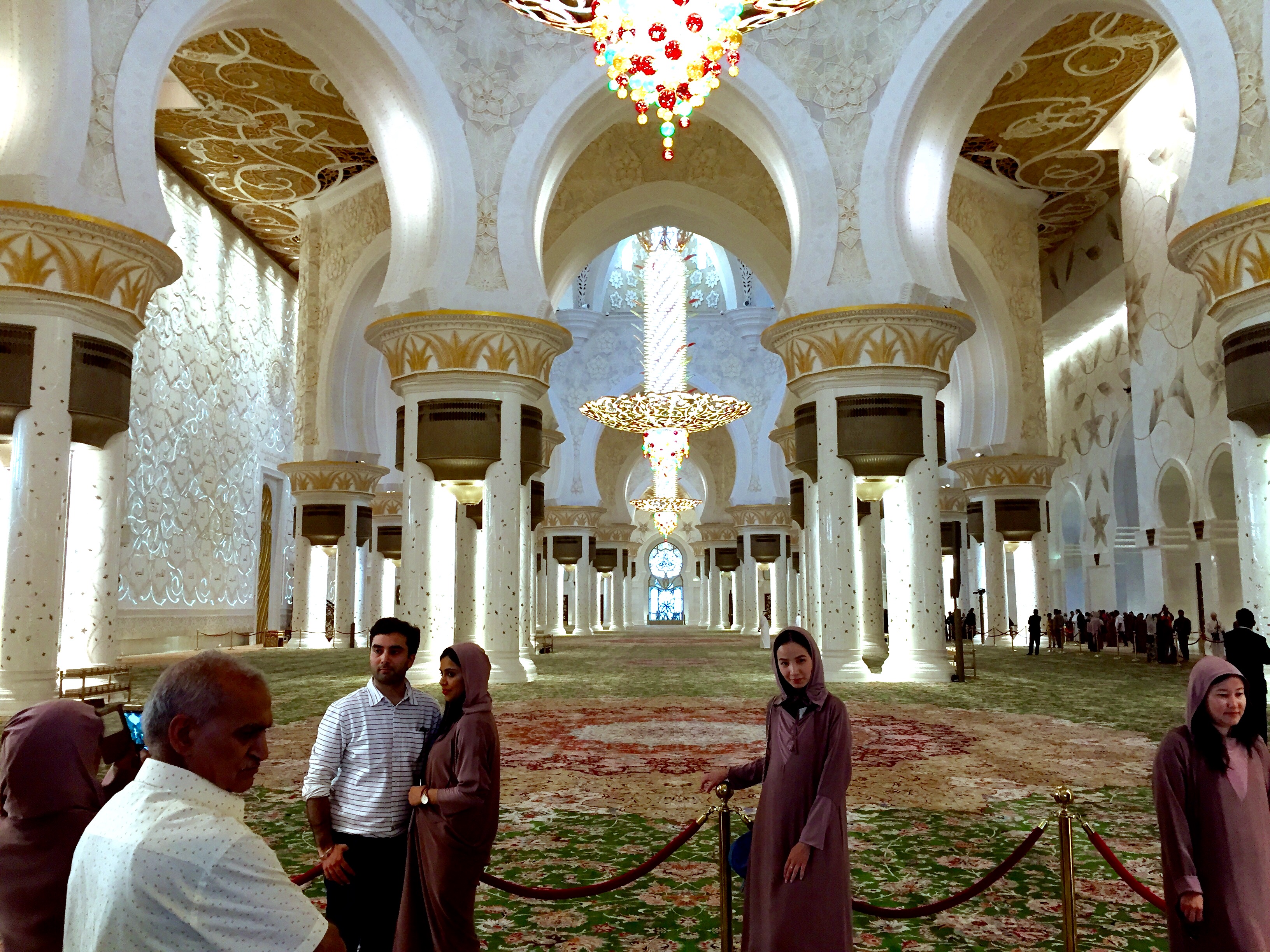 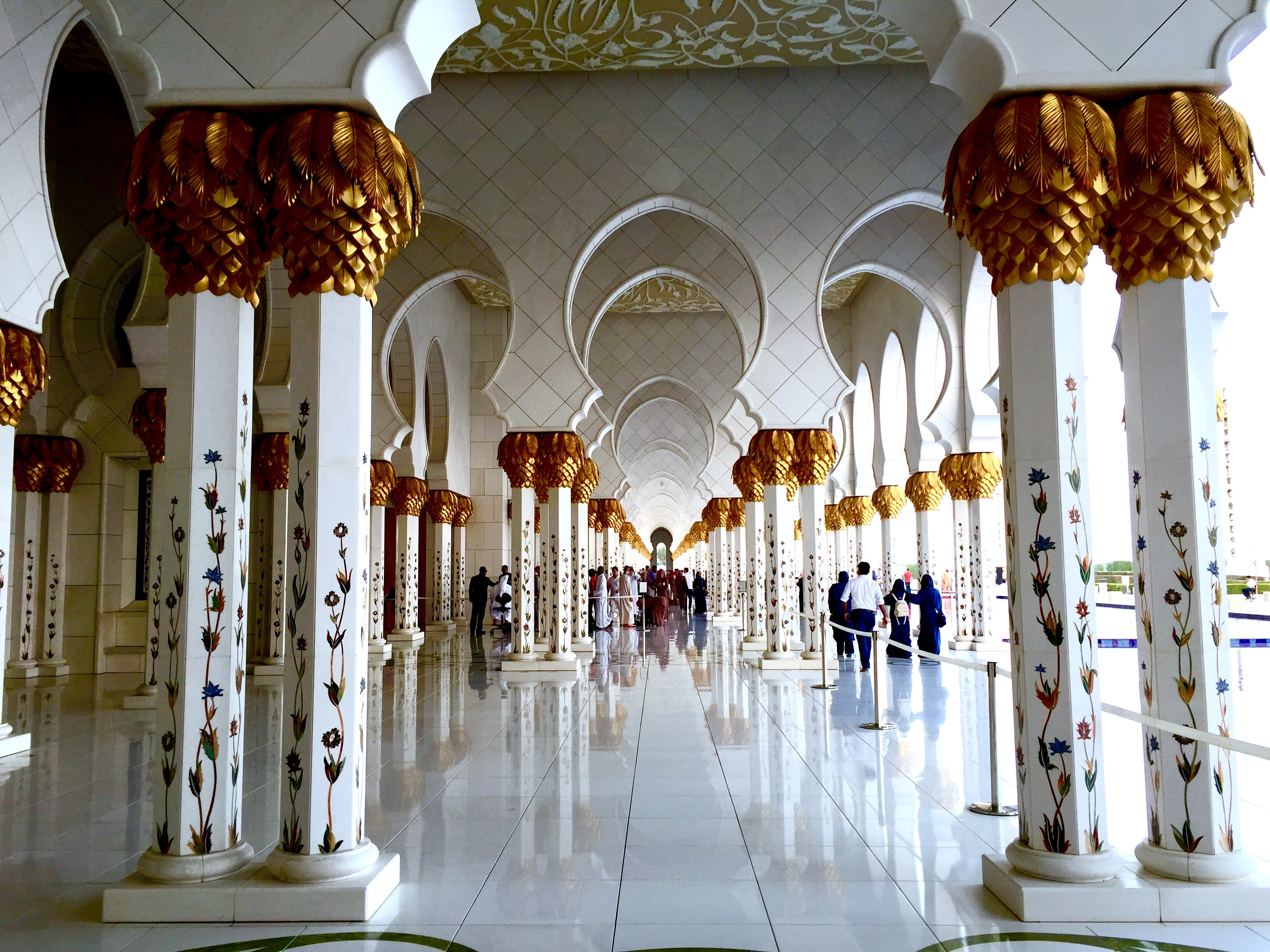 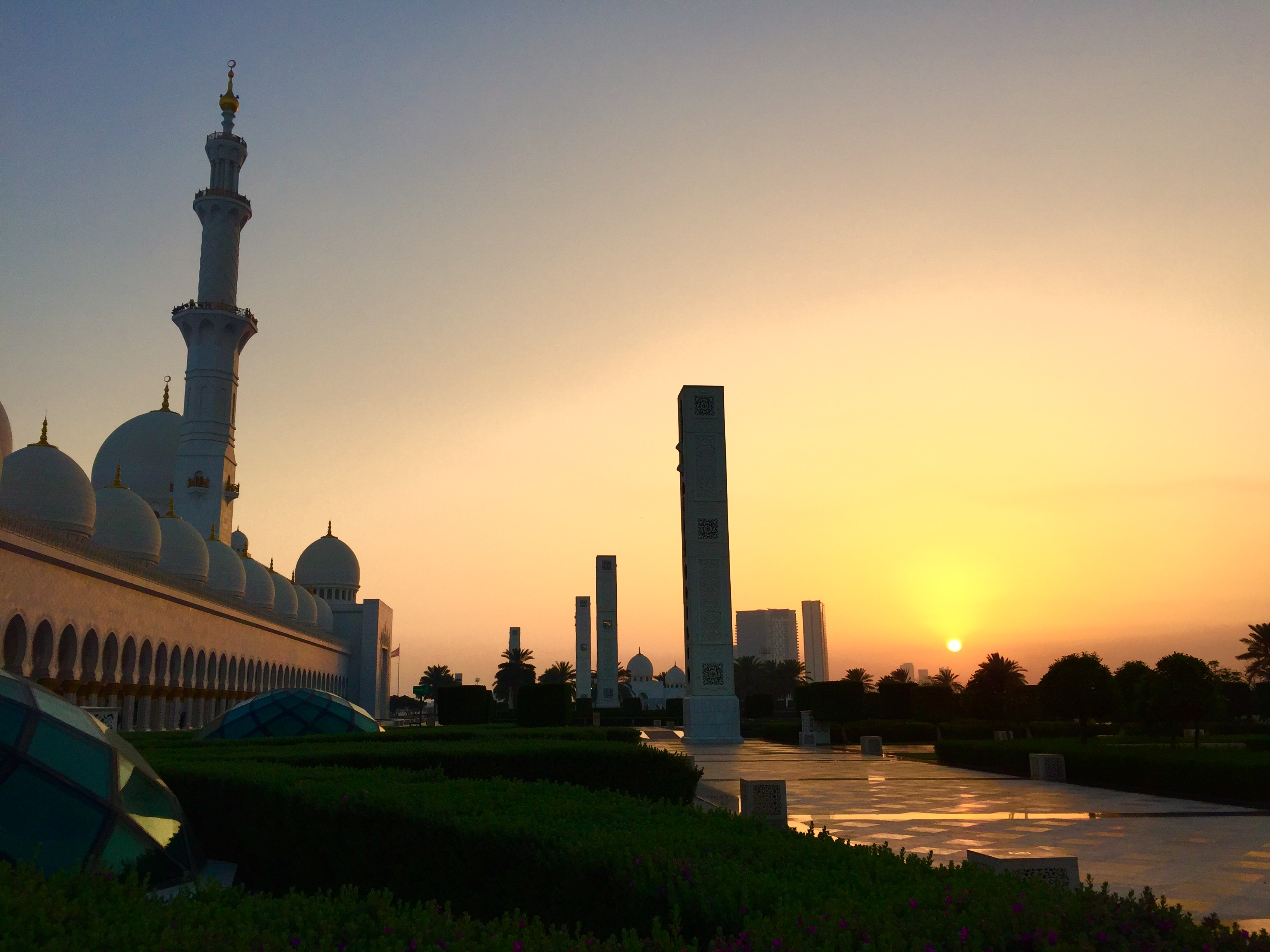 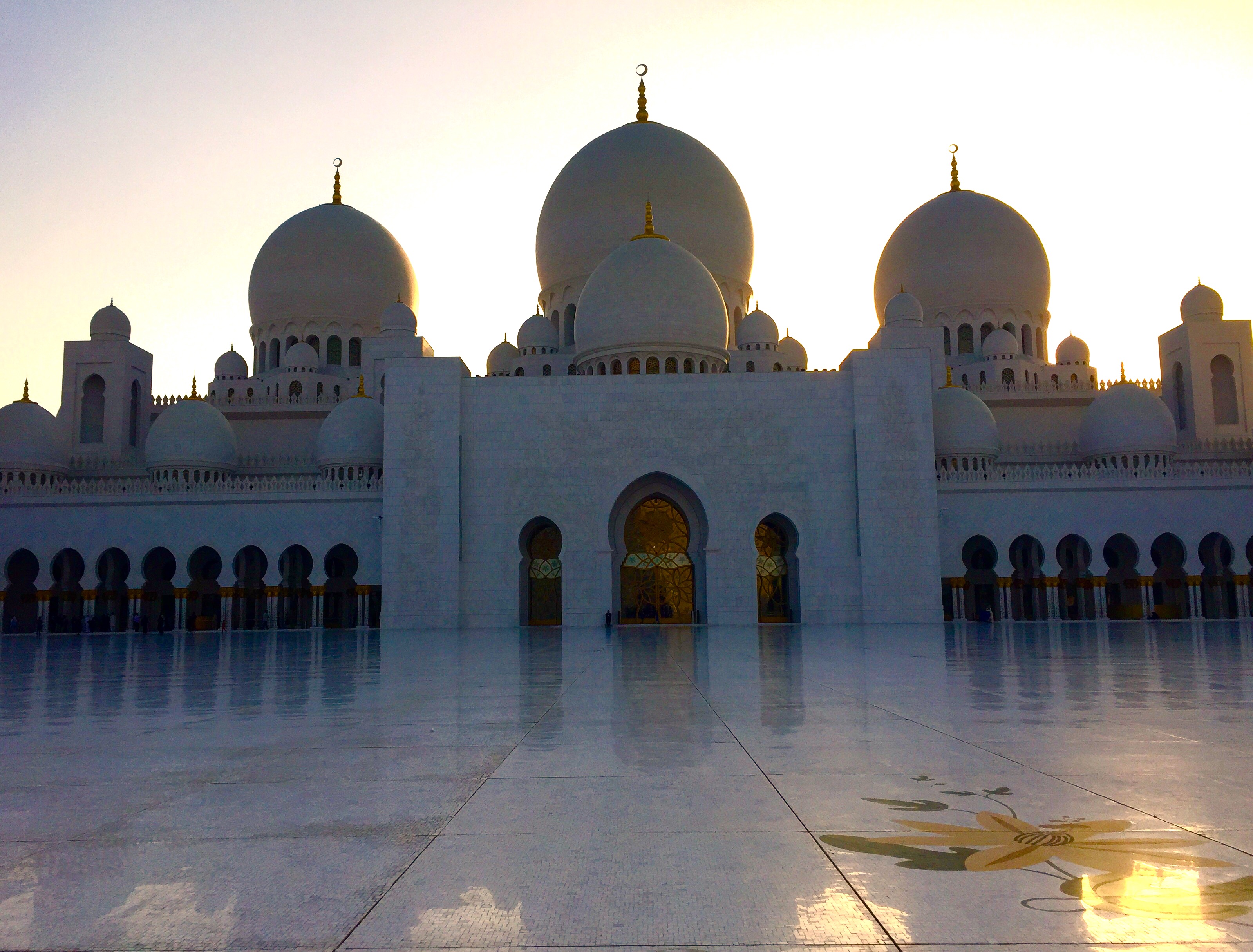 It was a pleasure walking around the mosque. Next time we will take our own car and do this by ourselves.

Tip – come around 6ish when it’s sunset. Much nicer.

And you won’t die from the heat.