If I ask you what is the definition of “fine dining” is what would you say?

Well on the top of Choi’s head, he can think of the following:

Think most of us would have same definition right? If not let me know in the comments below!

I had a heated debate with my asshole friend regarding the definition of fine dining at the Decameron restaurant in Havana –I couldn’t find their website so I just linked to another blog lol.

Choi: What is considered fine dining?

Asshole Friend: Any restaurant that requires a fork and knife

It was a short conversation because Choi could not take nor comprehend the level of stupidity the asshole friend was giving him.

Like how can you say any restaurant that has a knife and fork is considered fine dining?

McDonald’s Hong Kong has spoons and forks as part of the breakfast menu, are they considered fine dining?

Do you use forks and spoons at home? Is your home considered fine dining?

What an asshole friend.

To make matters worse, asshole friend gave me a smirk right after his asshole remark: 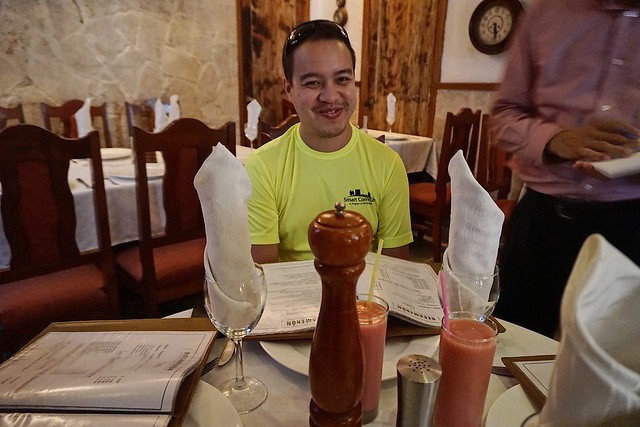 Anyways, let’s not talk about him anymore.

Let’s talk about Decameron, a pretty casual restaurant that is…

IS THAT A FORK AND A SPOON?

WELL WE MUST BE AT A FINE DINING RESTAURANT THEN ASSHOLE FRIEND! 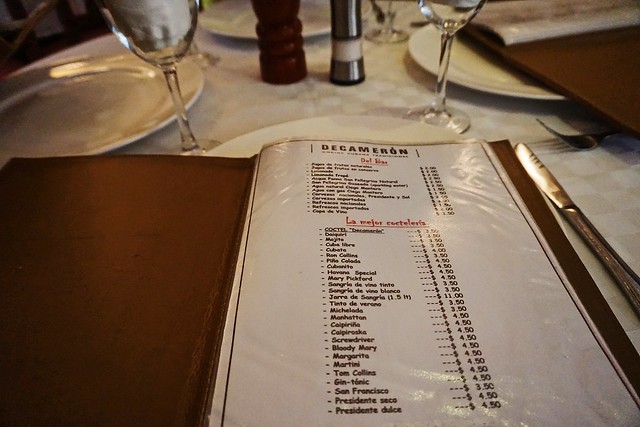 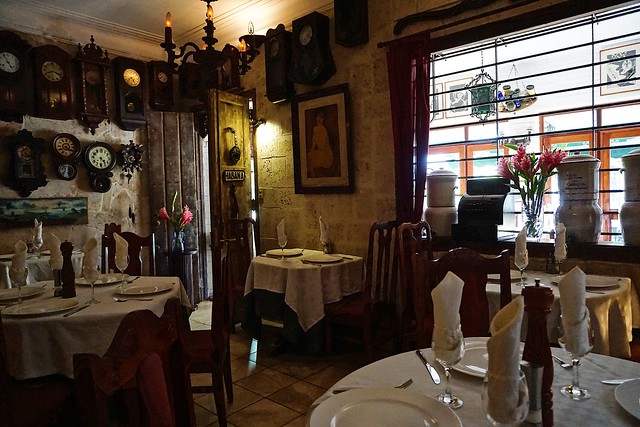 The interior of the restaurant was pretty cool.

Cool as in there is a bunch of antique clocks hanging on the wall.

I guess that makes sense since this is a “fine dine” restaurant.

We had a brief discussion on how antique clocks captures spirits. aka they are haunted. Think we spooked the girls out. Yes we had a lot of stupid conversations in that one sitting. This is what happens when I fine ding with asshole friends.

So what do you order in a fine dine restaurant?

There’s only one answer to this question.

You have to order pizza. 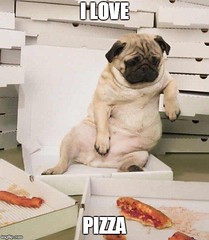 This restaurant would have ranked high on Choi’s list.

That being said, we did come back for dinner so you can say we were quite satisfied with the food. Or maybe there isn’t any good food in Havana to begin with hah!

How do you define fine dining?