Open door.….I have never heard of this event before. So another perk of having Life Boss around, she’s able to find me these cool kick ass events  to go to in Toronto. Open door is an initiative created by the City of Toronto to allow the public to visit buildings that is normally not accessible by the public. Cool concept. But what buildings do I really want to visit anyways? Apparently there are a lot of historical buildings that are housed in Toronto. I seriously need to be more cultured =.=. But before we start our adventure, WE NEED TO EAT LUNCH! 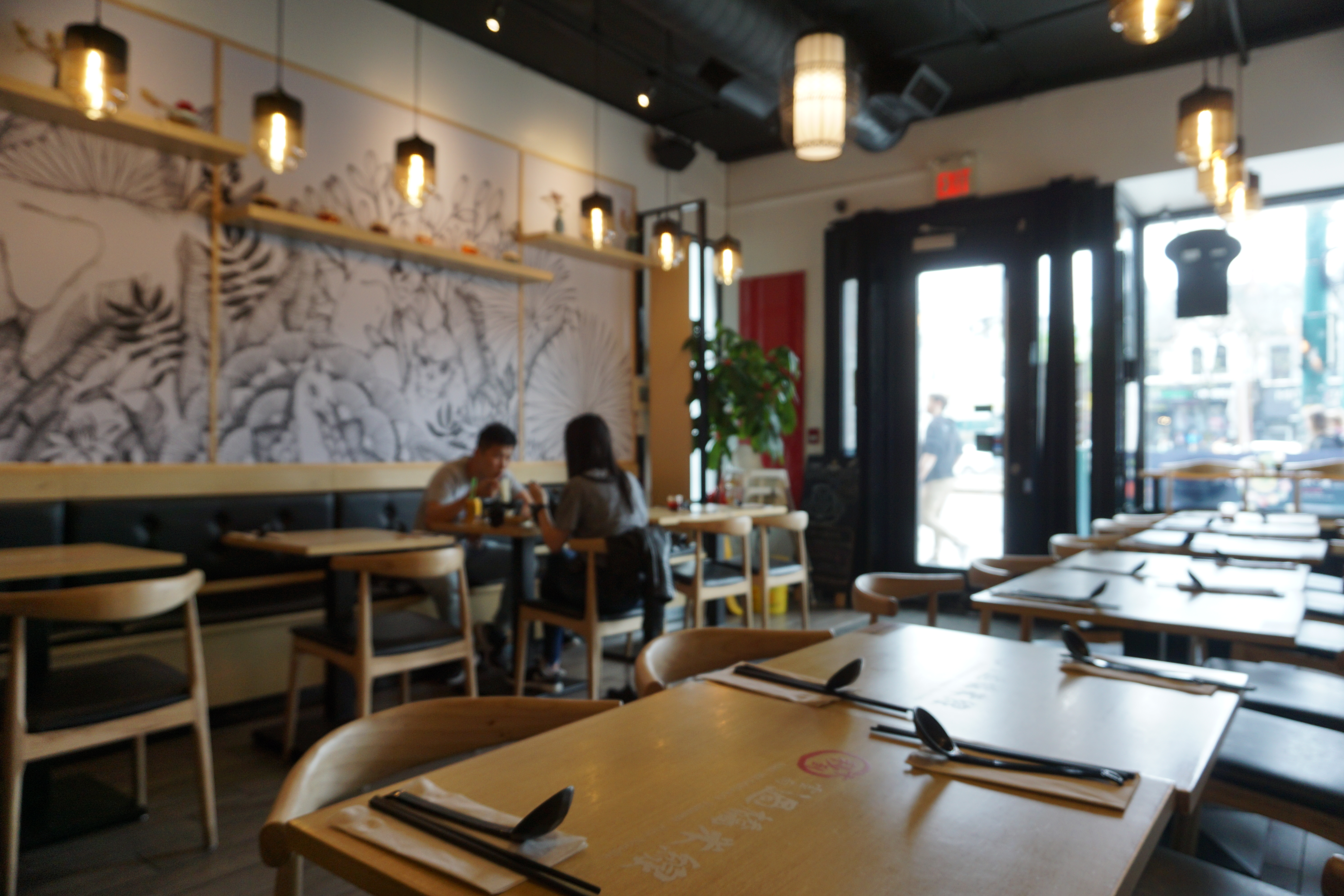 We decided to try this new Yunnan restaurant out.

The restaurant is called Shi Miaodao. That in Chinese means ten seconds. Why are they called ten seconds? It’s not like their food comes out in ten seconds. I don’t know. We usually go to this other Yunnan restaurant called Fudao (which I have not blogged about before), but life boss wanted to try a new restaurant. So we went to Shi Miaodao which is right beside Fudao lol.

Main reason is because of their spicy soup base: 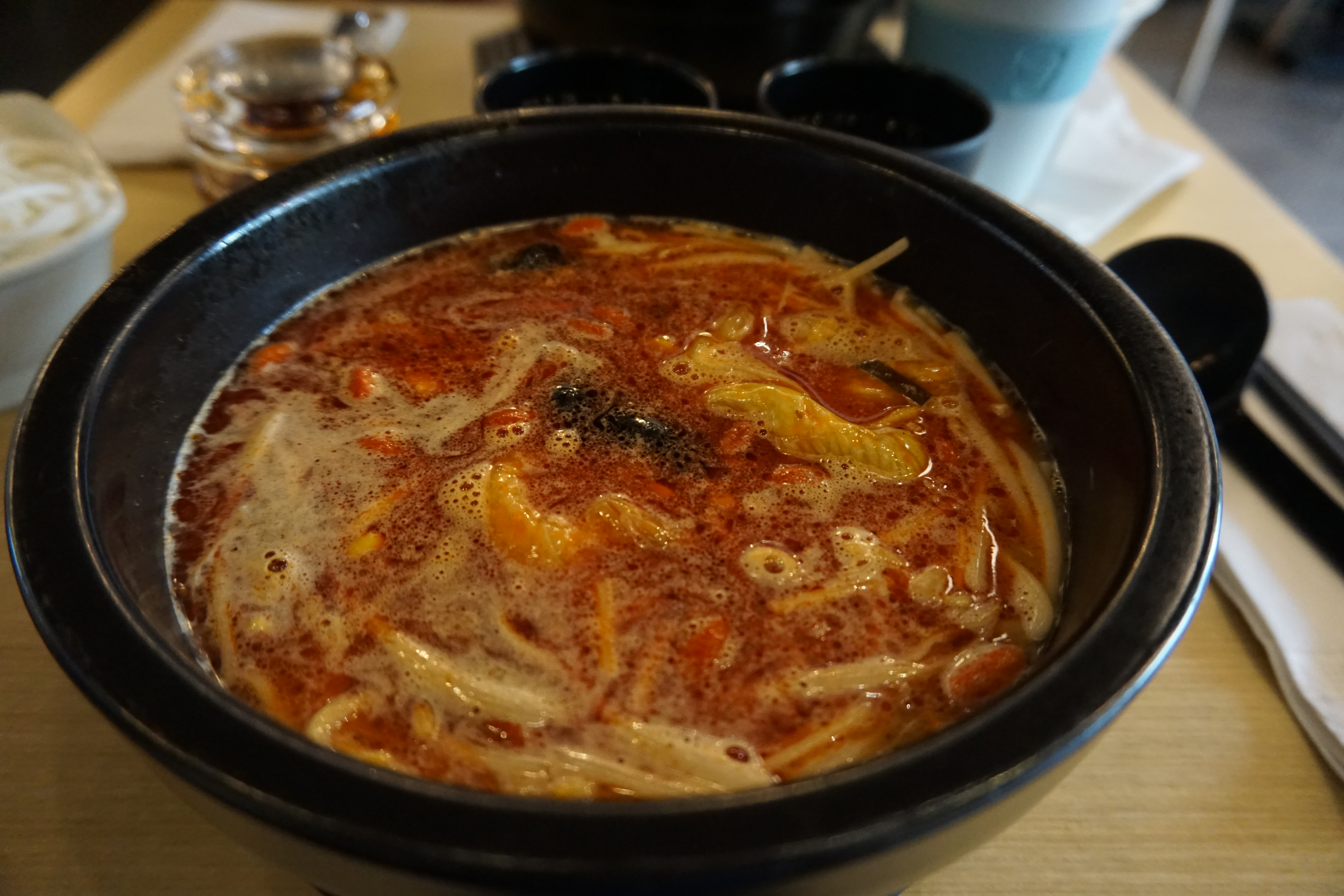 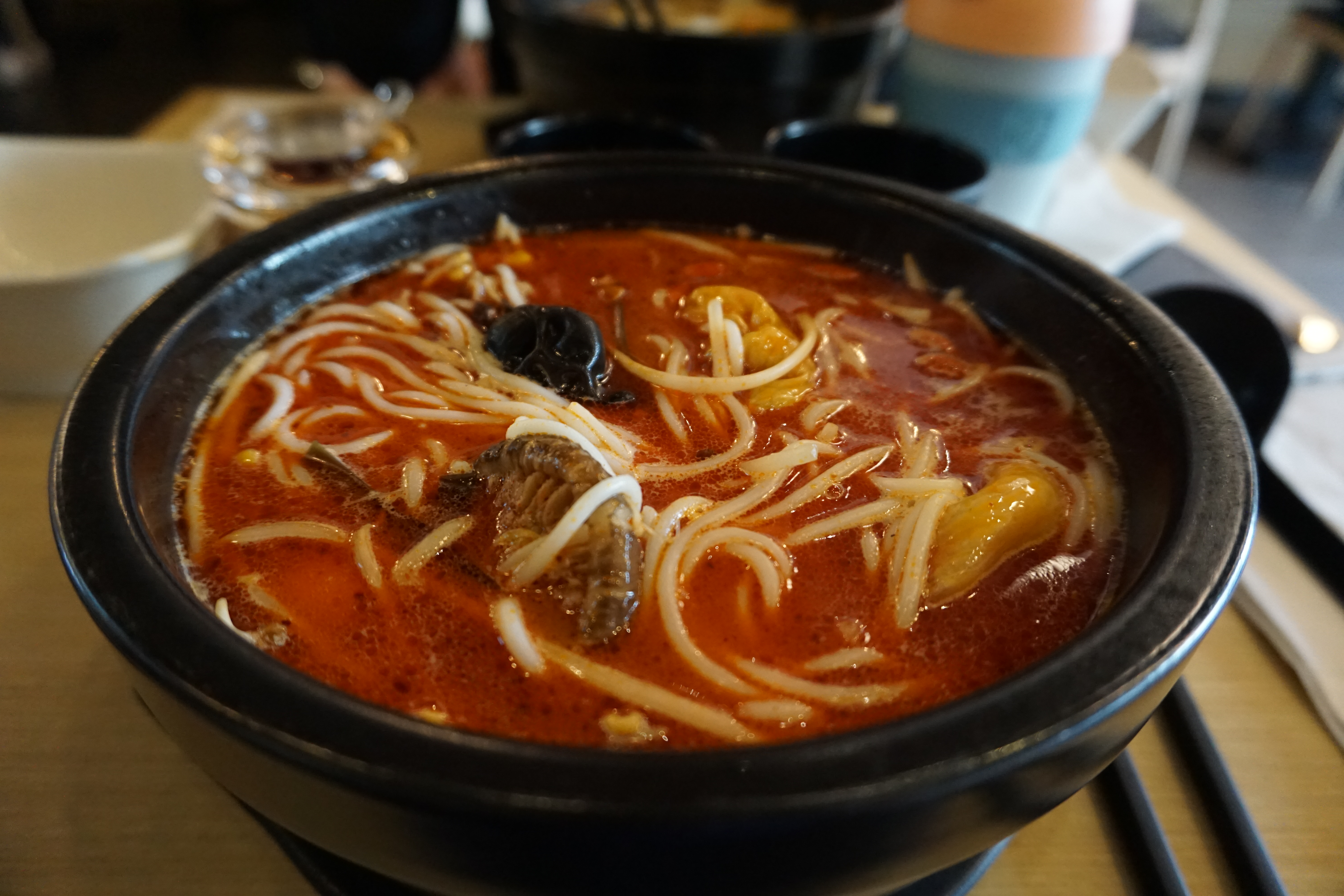 I fell in love with this dish in Hong Kong and have been trying to find good Yunnan noodles in Toronto ever since I moved back. Both this place and Fudao is pretty good! I enjoy the soup base a Fudao a bit more, but do feel like this place gives you more sides. I.e. mushrooms! Love mushrooms in my noodles. I got the spicy beef noodles, but there wasn’t much beef in my bowl so that was a downer. I feel like the noodles are also better at Fudao…so I guess I am concluding I will go to Fudao next time.

Life boss got a less spicy noodle (think it was fish soup base). She liked the soup. Because she likes fish =p. 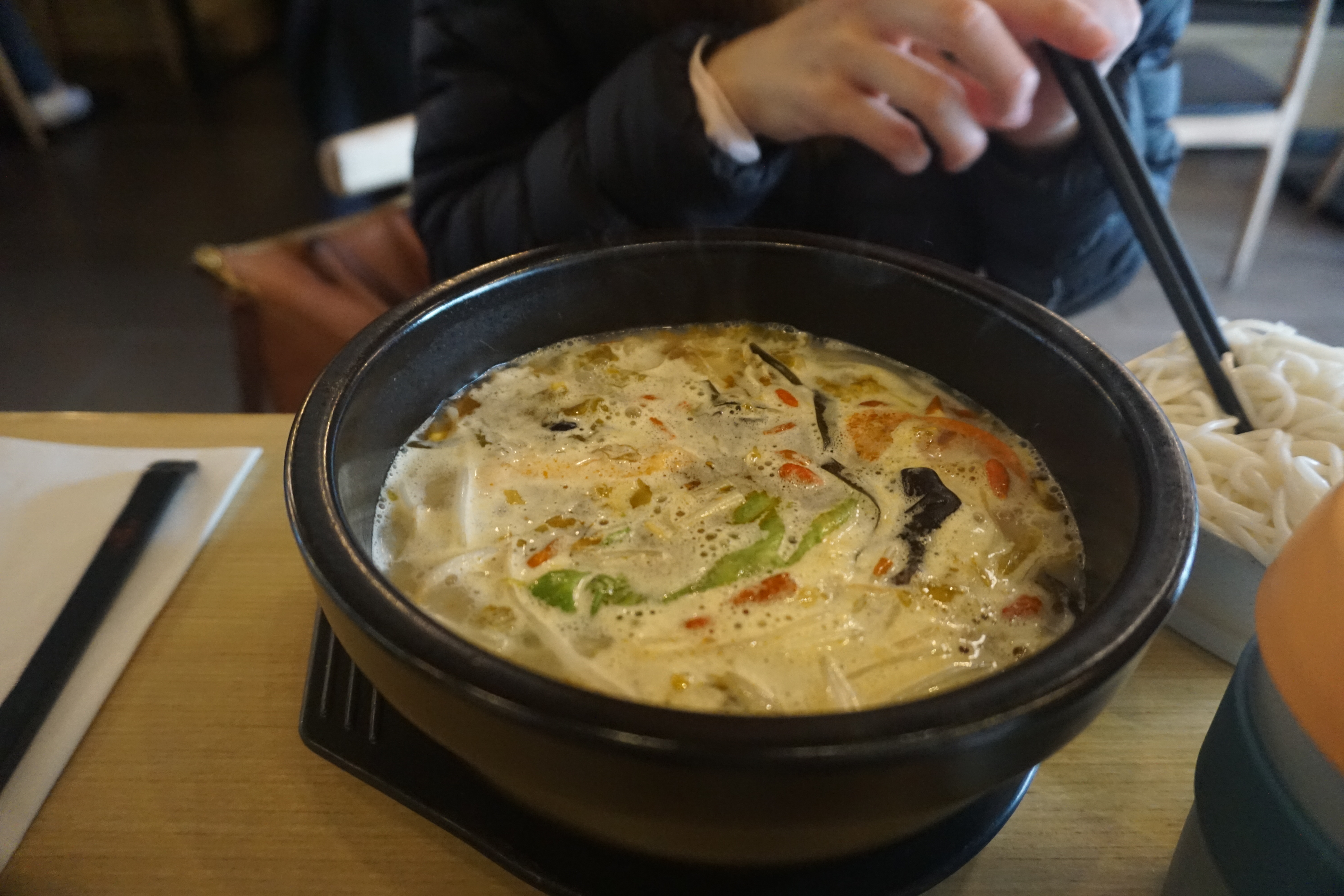 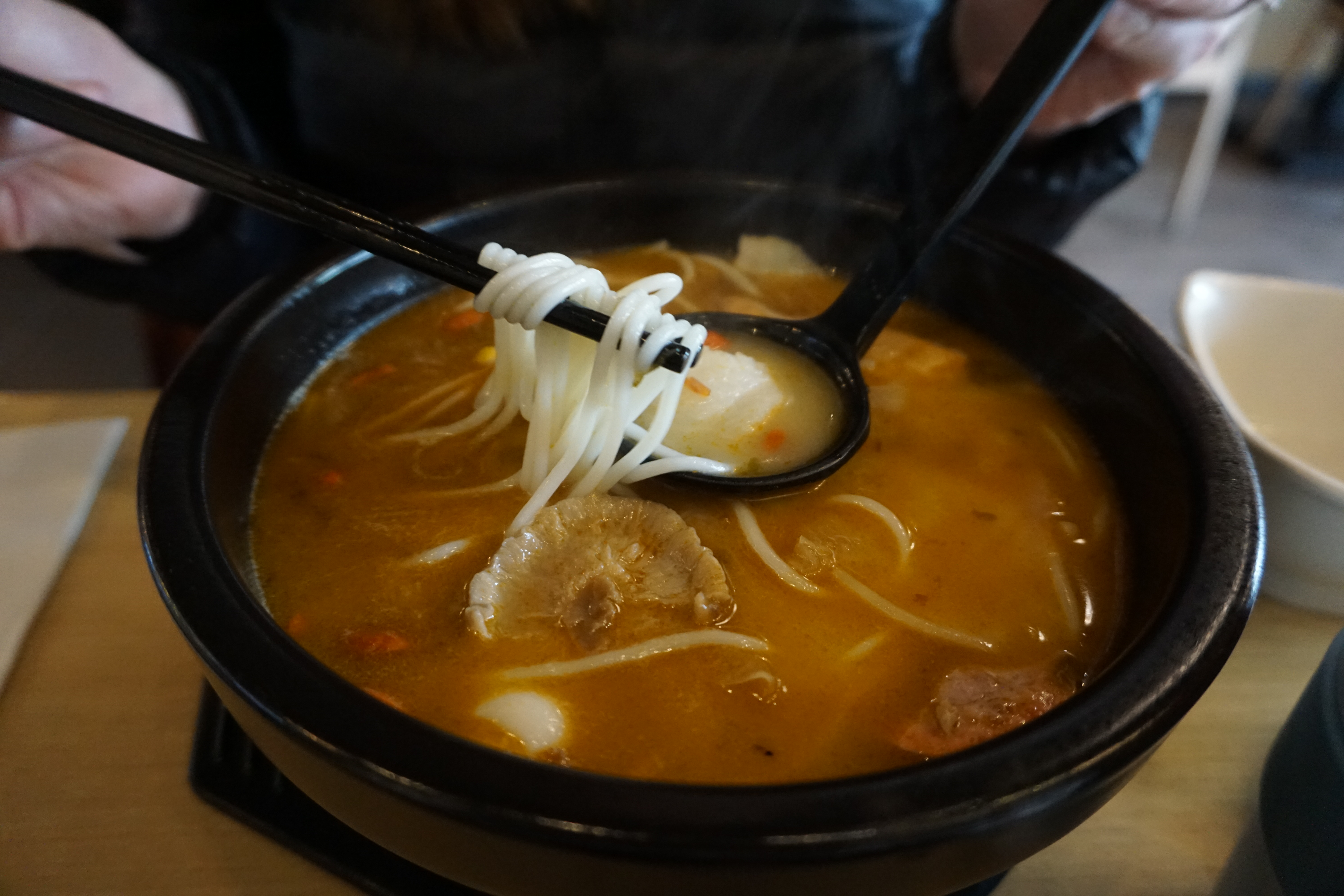 We also ordered pancakes which unfortunately was pretty shit. Not impressed. So I am just going to show you a picture and move on with this blog post. 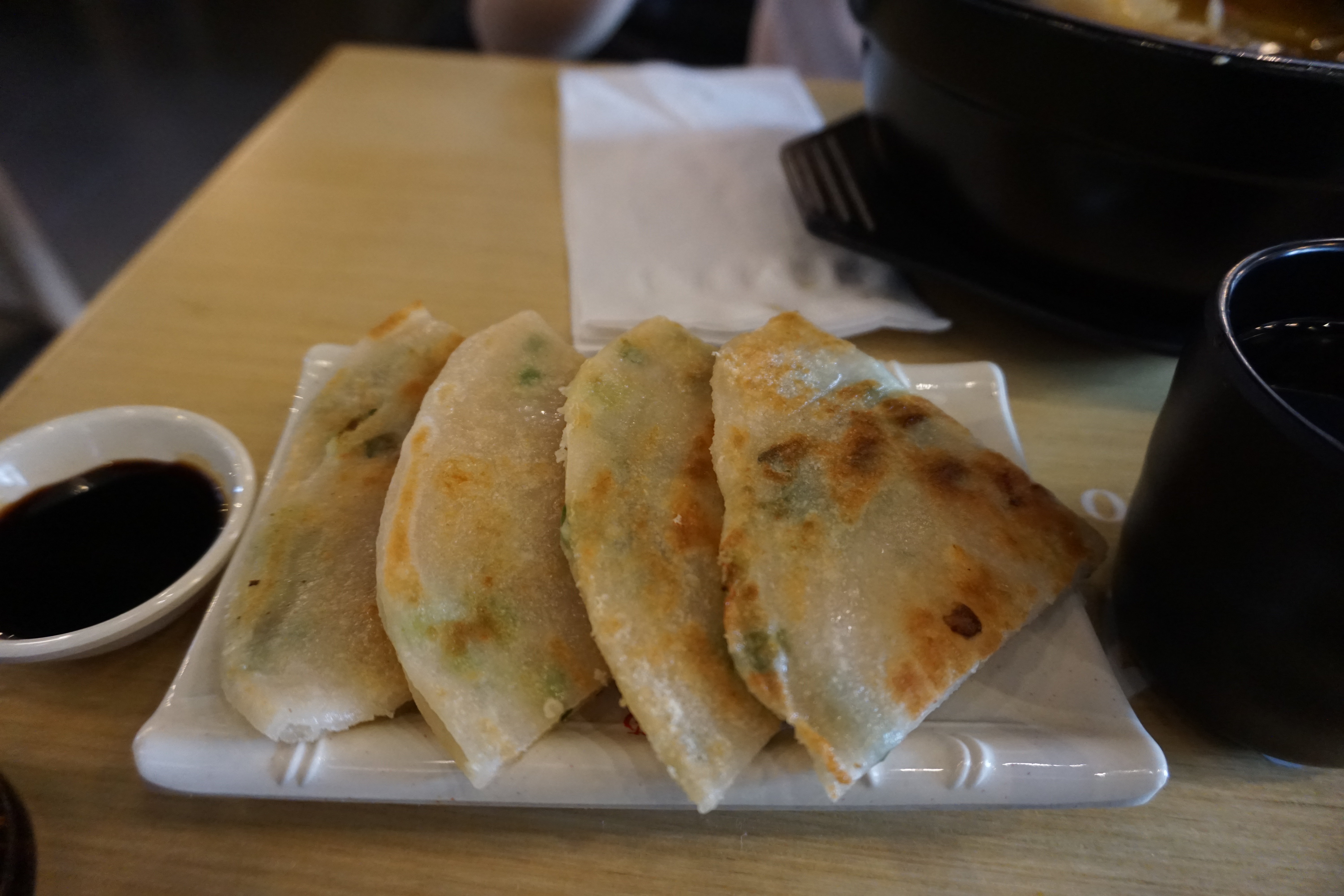 Now that we are full from noodles (I got two portions, you can refill noodles by the way) it was time to go on an adventure!

Aka go into buildings I never knew about!

First up, was the Osgoode hall. What is the significance of this landmark building? Um, I still don’t know lol. Per google it’s a law school? Makes sense I guess…there were a couple of court rooms. To be honest I was most impressed by the trees and plants and flowers outside the building: 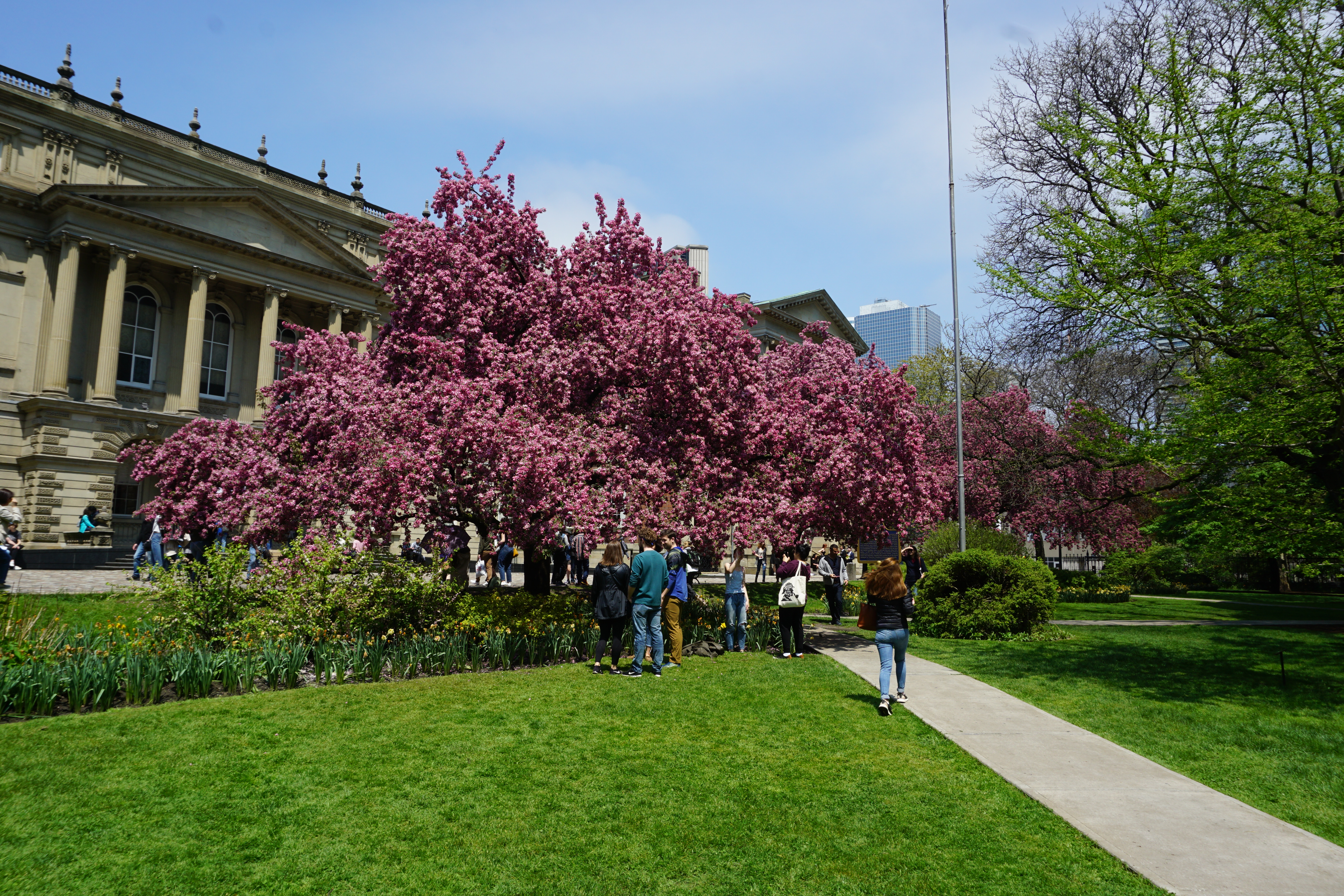 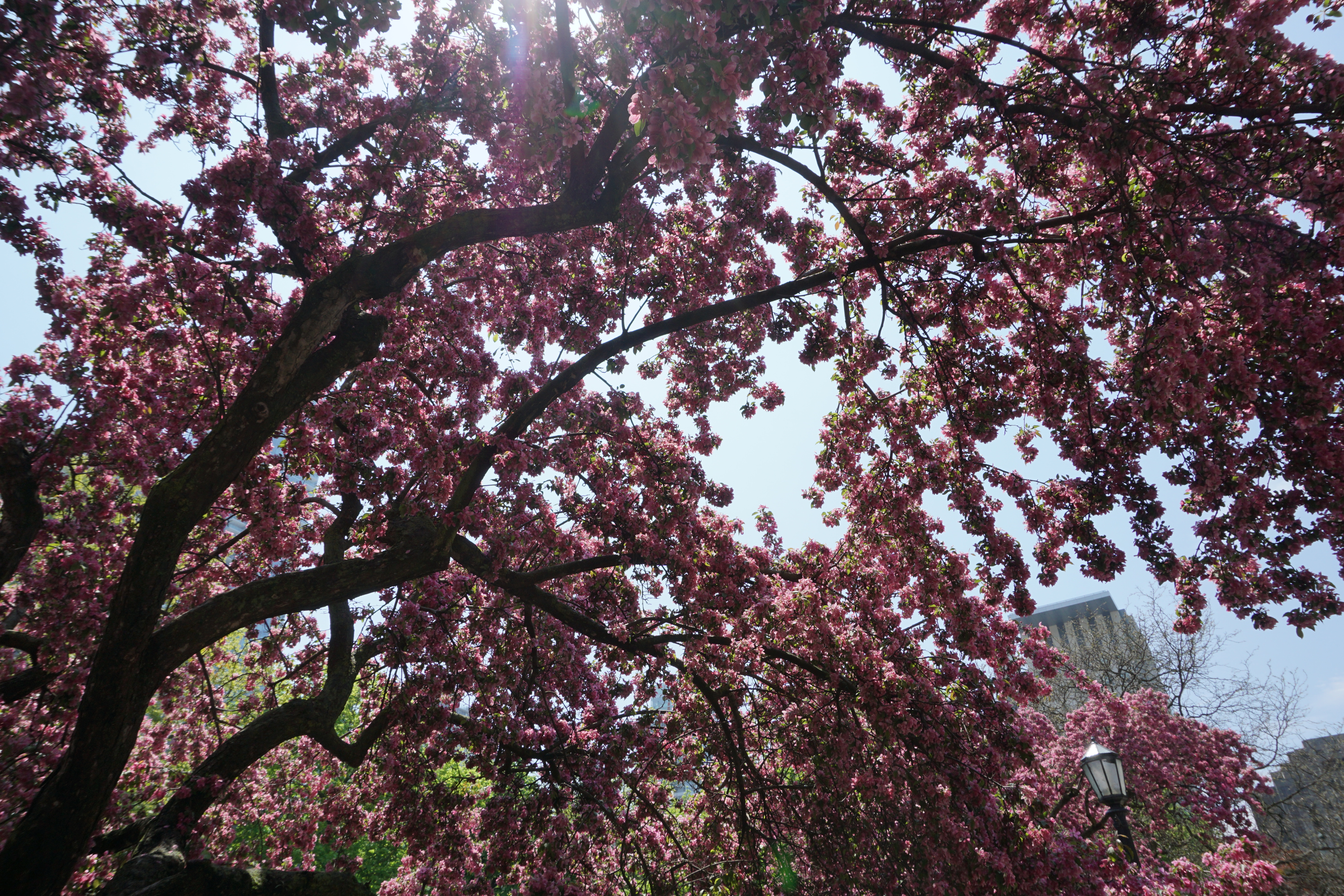 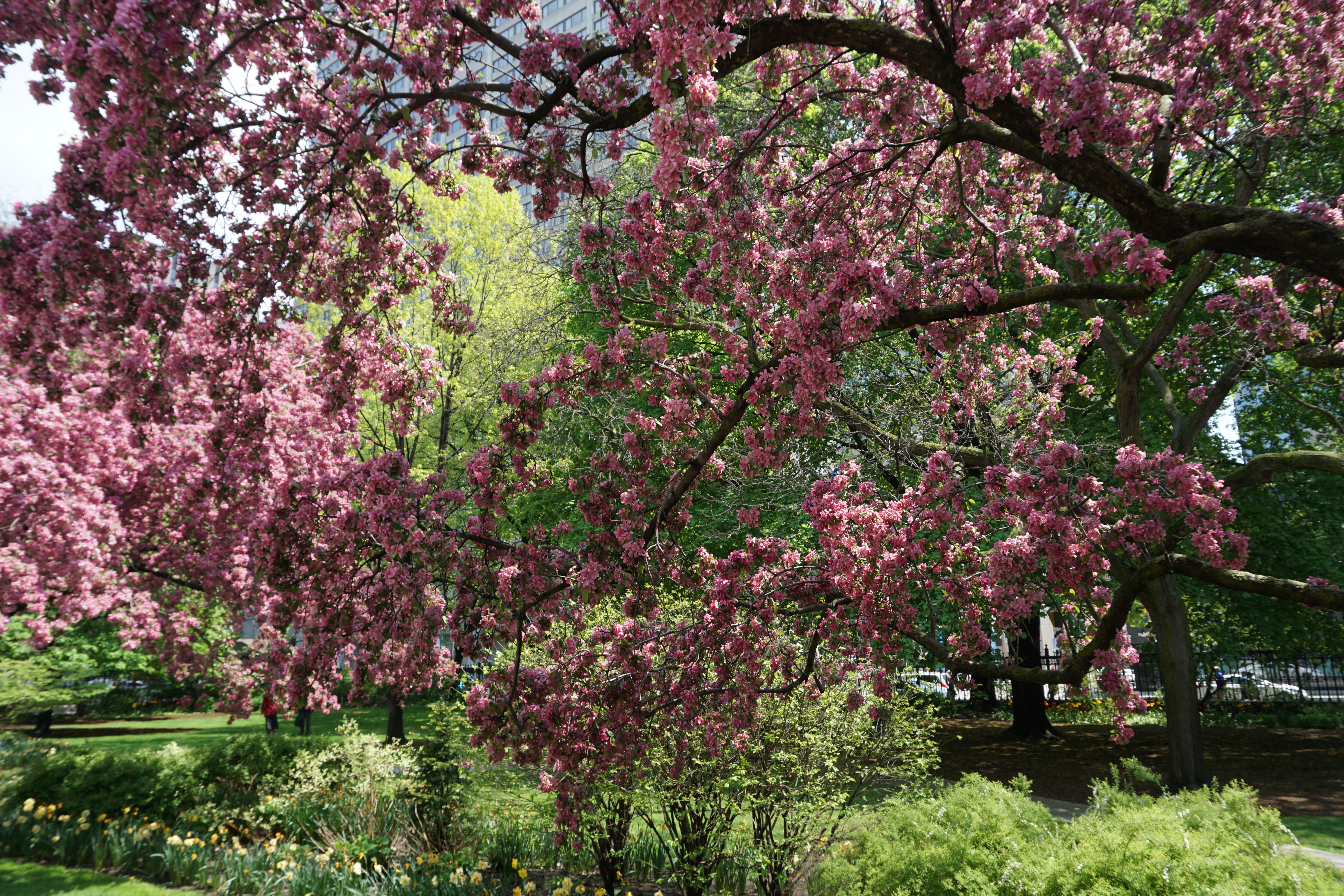 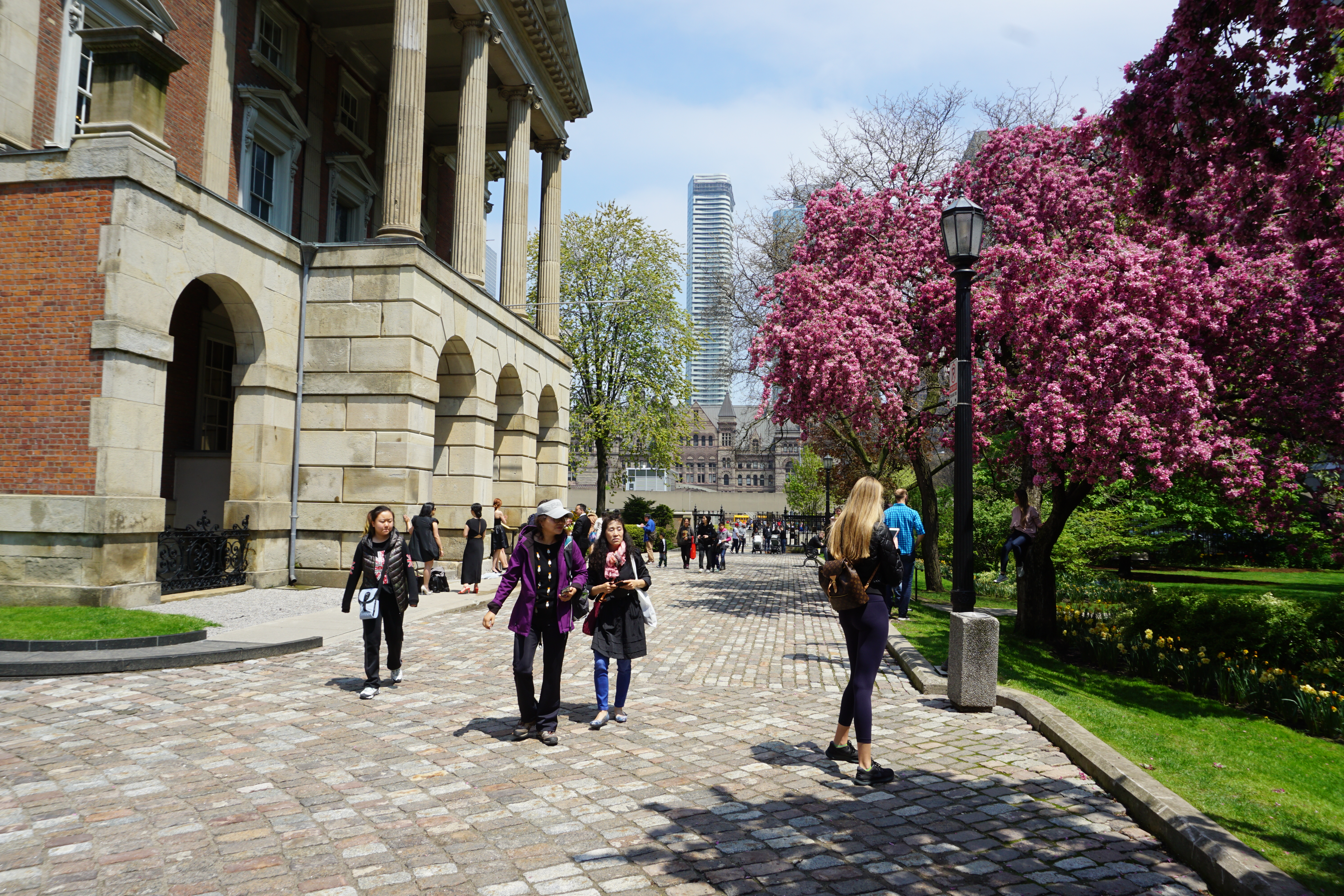 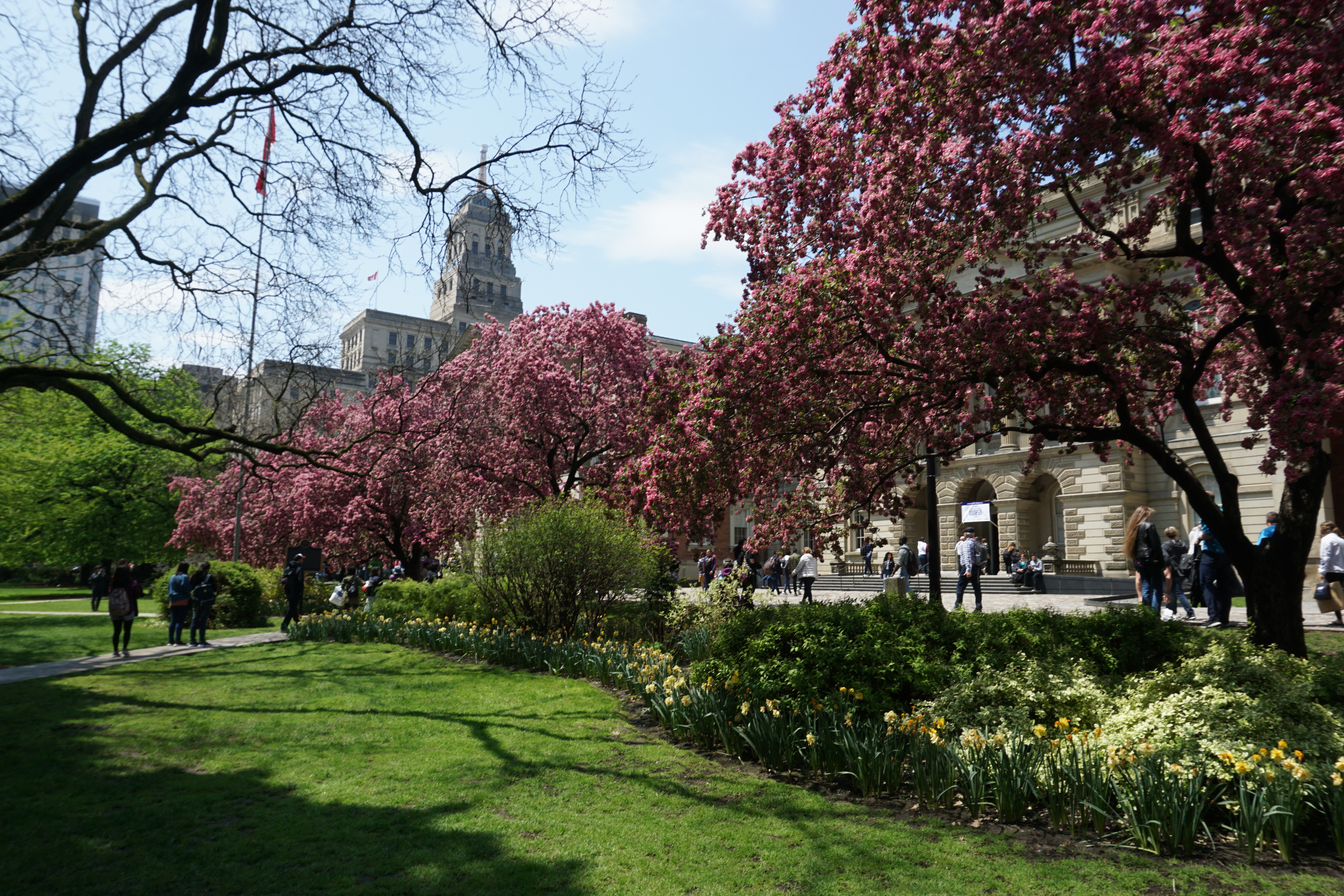 I did not realize I took so much pictures outside of the hall.

You are probably thinking “What the fuck, show me the pictures of the actual building!”. Yes yes, my bad. Here you guys go, pictures of the building plus my very value add commentary:

Pretty cool huh? What you don’t think so? Yeah…I also have my doubts but life boss seemed to really enjoy it so that’s all that matters! After visiting Osgoode we decided to go to Commerce Court. Huh? The Commerce Court that is near my office? The same Commerce Court that has a kick ass food court? Why the fuck are we coming here? Apparently there is historical significance as well, being the headquarters of CIBC (a Canadian bank). We arrived, lasted 10 minutes and got out. Shows you how much we care about Commerce Court. 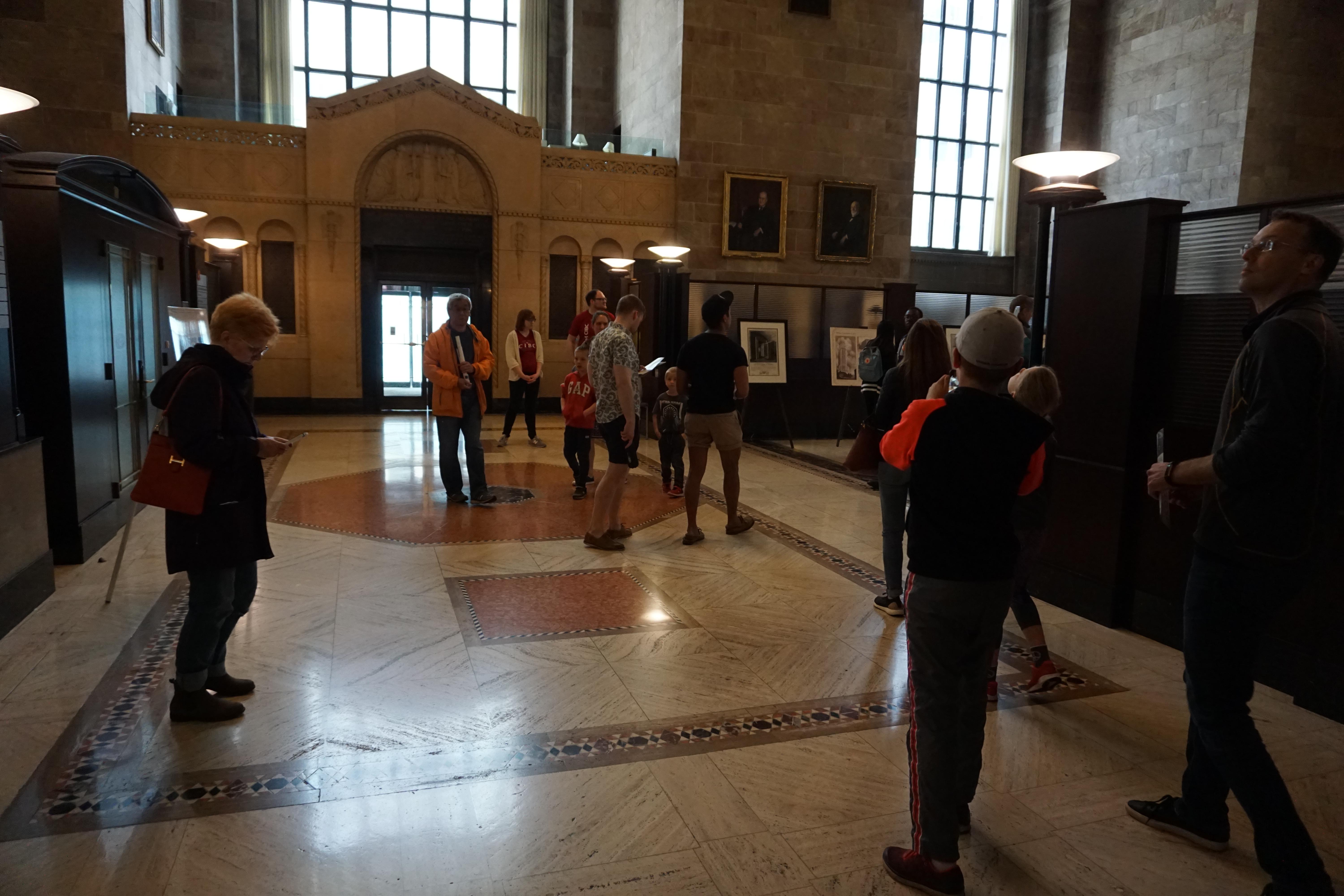 Finally our last stop. And also the highlight. The lower Bay station. For those that don’t know, there is an unused station underneath the Bay station. I am not exactly sure why they built this but apparently this station was not user friendly, aka the government messed up. As usual. The good thing that came out of this failure was that a lot of movies were made straight out of this subway station! This includes suicide squad, which was a pretty shitty movie but Margot Robbie is in it and you have to love her! 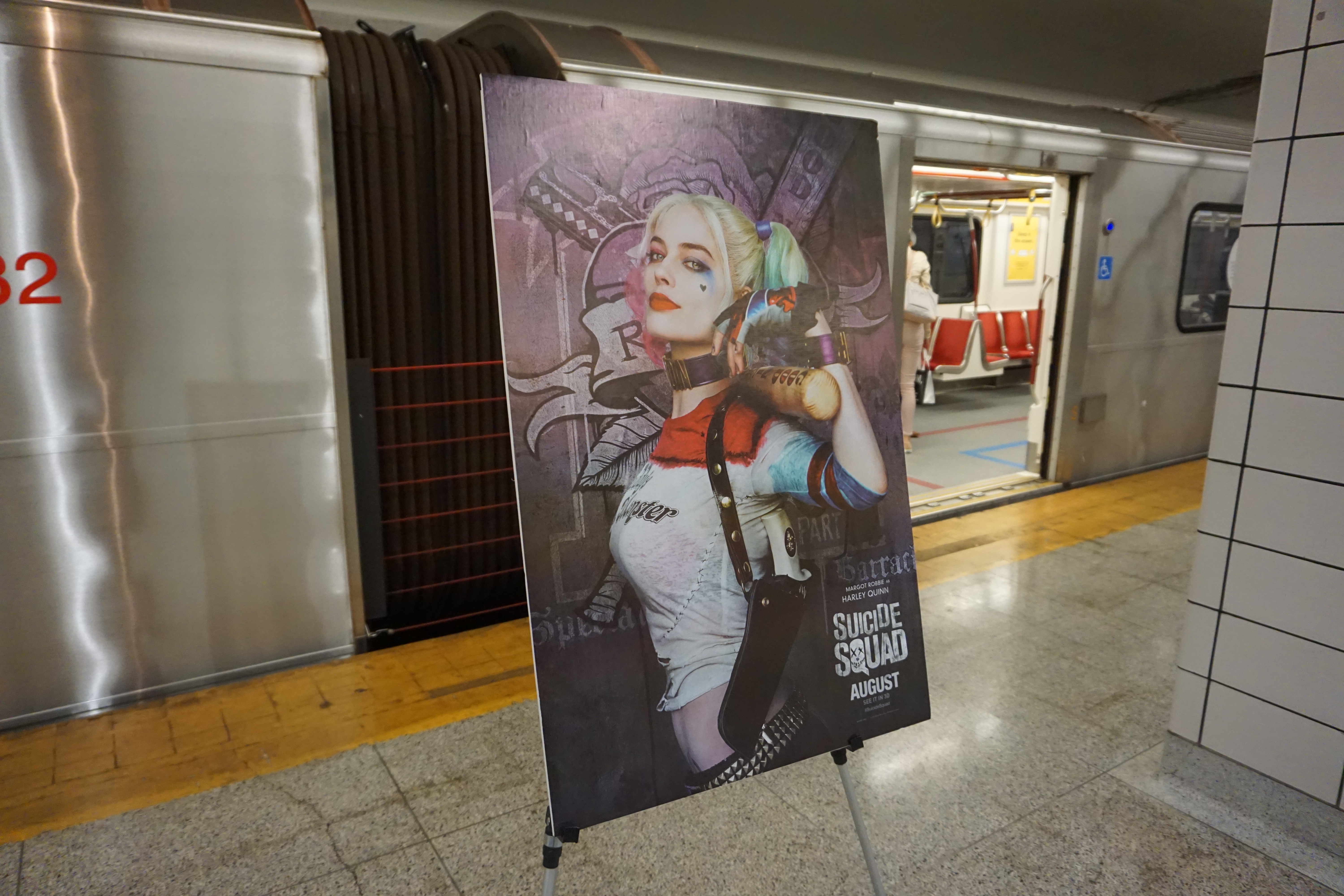 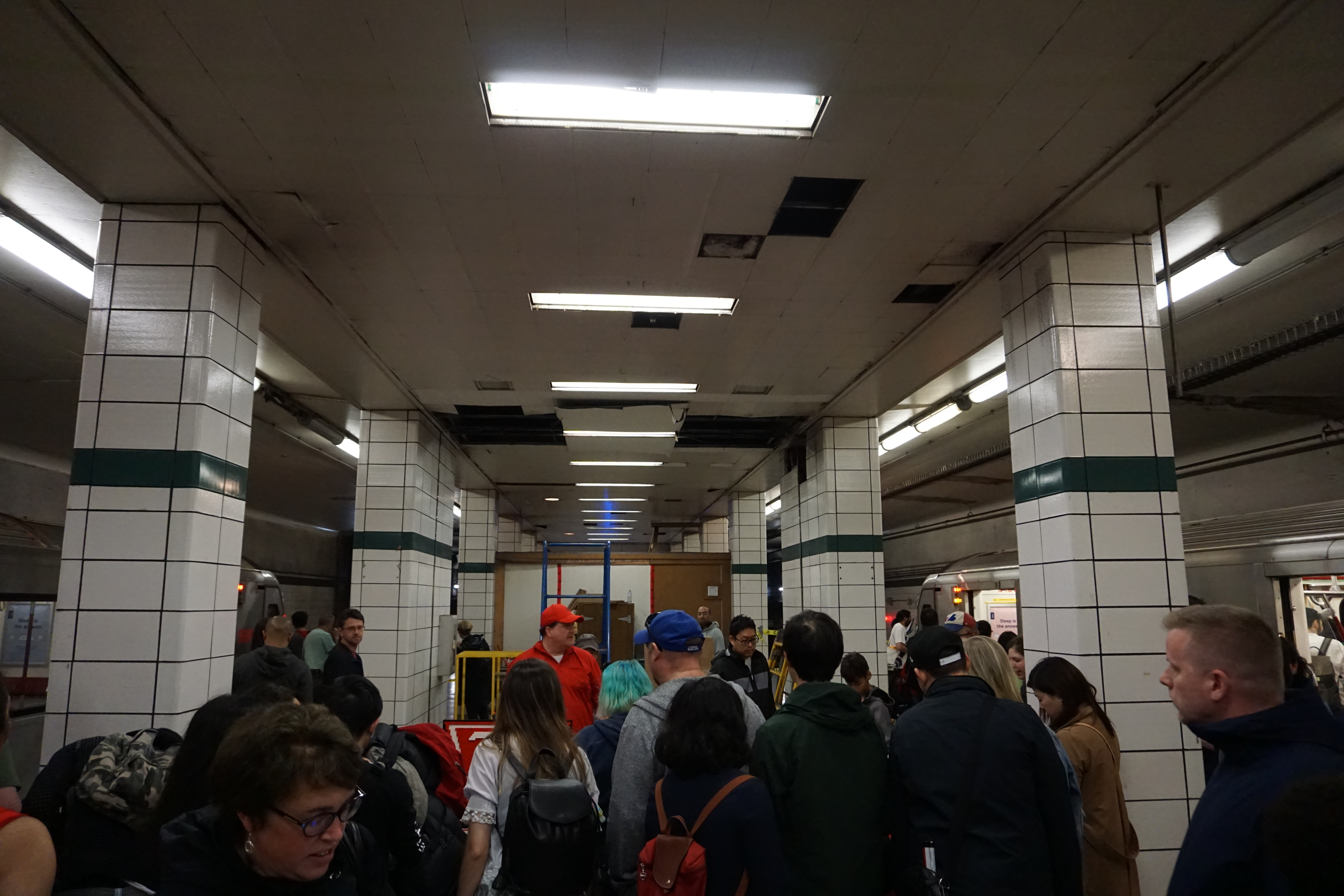 After roaming around a bit in the lower station, I saw two familiar figures. My asshole friend and his girlfriend! ah ha! Time to do be a creeper and take pictures without them noticing. I should get a full time job doing this shit. Was quite fun. I hope I don’t get arrested now. What a great Saturday! Thank you City of Toronto for providing such a fun event for the public to enjoy. Ta!