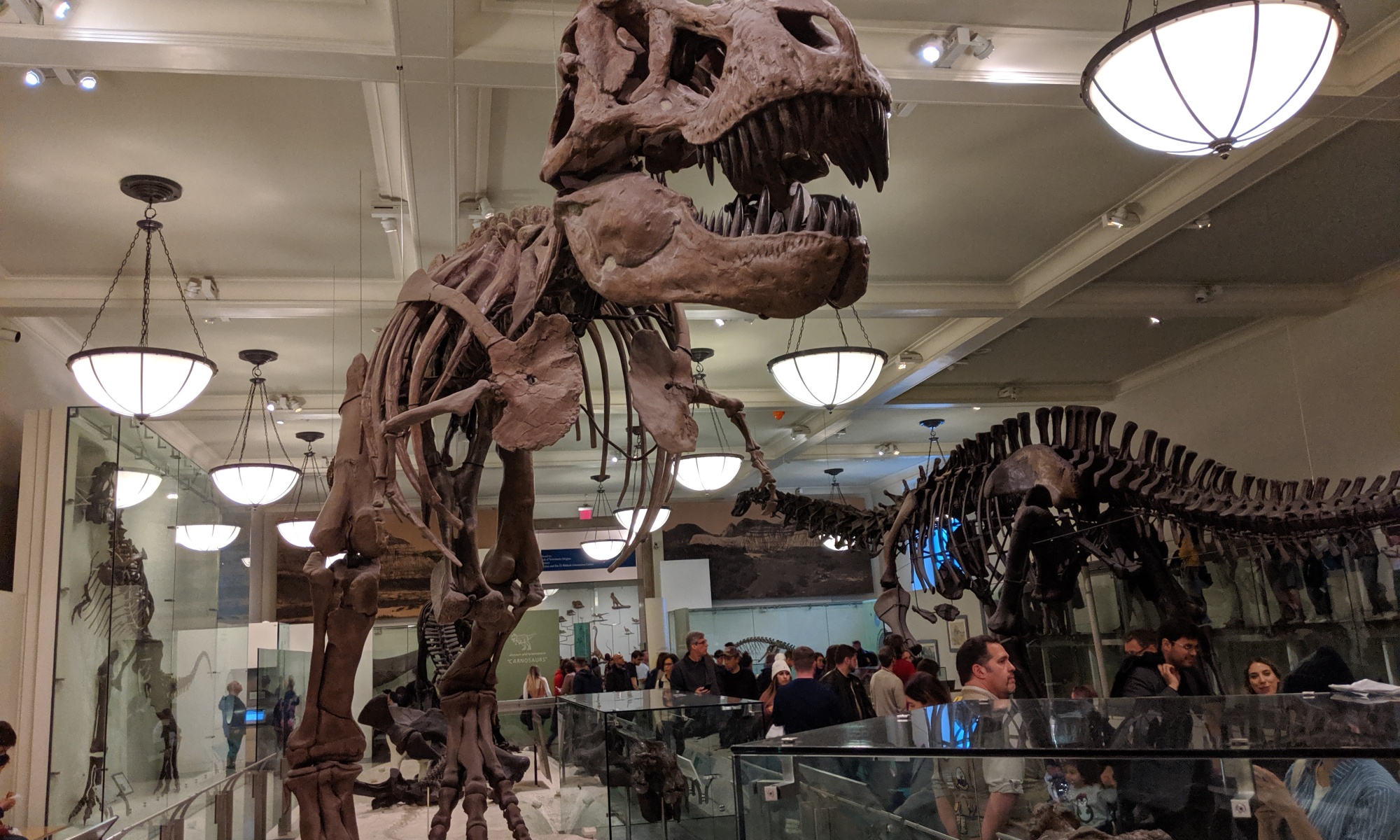 It was a rainy day in New York.

As such. what better way to spend it then go chill at the American Museum of Natural History?

I am being serious.

The museum is warm and dry, not like outside where its cold and wet. What’s even better was we got in for free thanks to life boss’ friends connections.

We spent at least 3 hours here meaning this place was HUGE.  There are four floors FULL of exhibits, from information on planet earth, to histories of religions and culture, to Dinosaurs.

This museum is one of the biggest one I’ve been to, and though I don’t know what the admission prices were, I am pretty sure it is worth every penny!