TIME TO GET SOME SUN!!  Presenting the beautiful city of Phuket!  The picture here was taken from our balcony at the Meridien, which is about 45 minutes from the airport.  Here’s a fun fact, visiting Phuket during November to March is the best, weather wise.  Visiting during August and September not so much as it’s rainy season.  Well, we went to Phuket in September.  And I was kind of worried because it was raining the whole day when I arrived in Phuket, but we lucked out as the subsequent 2 days we were treated with great weather! 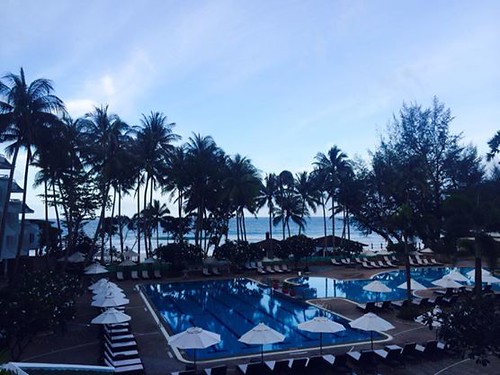 For those that are living under a rock Phuket is located in Thailand.  It’s actually a province, which I did not know so I guess I was living under a rock (I thought Phuket was a city like bangkok).  but now that I think about it, maybe because Phuket is an island in itself that’s why its considered a province and not a city? I don’t know, don’t think that made sense.

The area was also affected very negatively by the 2004 Tsunami, which made world news.  I can see the wear and tear of the place as a result of the Tsunami.  A lot of buildings were either abandoned, empty or were damaged.  Despite this, the locals were all very nice and welcoming.  They are also very aggressive in trying to get us to go to the numerous bars being offered in Phuket (more on that later). 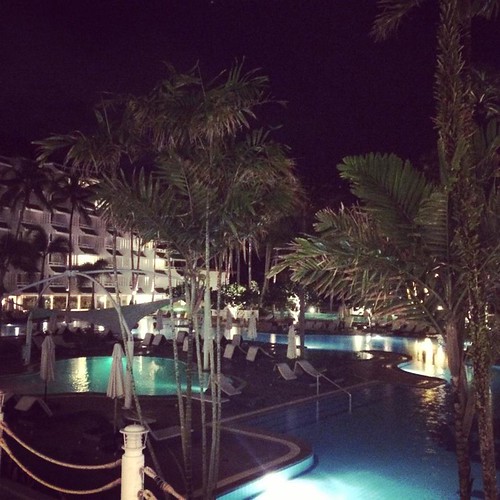 So as mentioned earlier, we stayed the Meridien resort which was a nice place! But I think the resort is showing it’s age, and is due for a make over.  Regardless, the service was excellent and there were a lot of facilities to keep you occupied.  On the top of my head, there were basketball courts, a gym, sauna, spa, swimming pools.  You can also rent surfboards if you wish.  Oh of course, they have a private beach which is nice because it’s less crowded and its cleaner too.  I recommend this resort to any one that is staying in Phuket, but I myself may try another resort just because I want to see how it is in other resorts!