We arrived at Gyeongju around 11AM. We checked into our Motel.  And then we got hungrrrryyyyyyyy.

Gyeongju is a small town, so if you think we can find a restaurant with an english menu, well then you should get out of here. 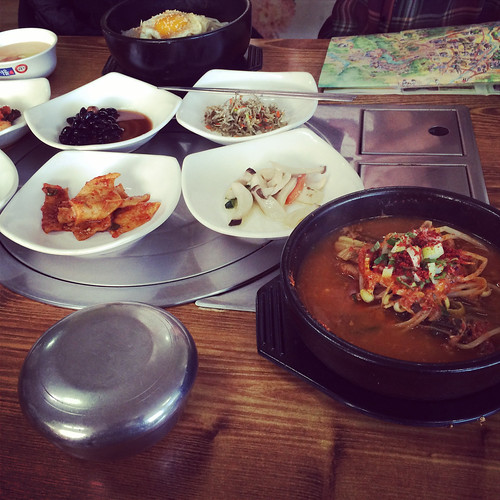 Starving, we walked around in hopes of finding a restaurant.  We then found a restaurant.  With no pictures.  Disappointed and foreseeing that we will be talking to the owners for 15 minutes before we can order water, we decided to move on to the next. And BAM! We found one with lot’s of pictures.

I immediately told waiter to come outside with us (where the pictures were) and I aggressively and not so politely pointed to a pork rib soup.  The waiter nodded to confirm that he understood my order.

The outcome?  One of the best pork rib soups I have eaten.  I don’t know how to describe it, but the soup base was definitely rich and flavorful.  Nothing like the ones in Toronto.  So goooooood.

Sometimes it’s good to just roam around, because you never know when you will stumble upon a gem.  This was so good that we came back twice (and also because we didn’t want to have to find another restaurant that wouldn’t understand what we were saying.

For those that think I am bsing about no english, look at the food menu on the wall: 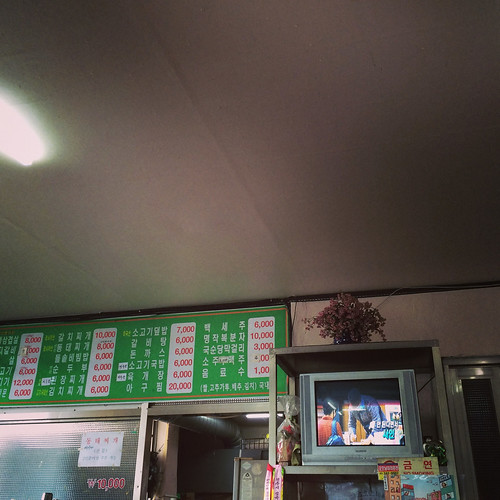 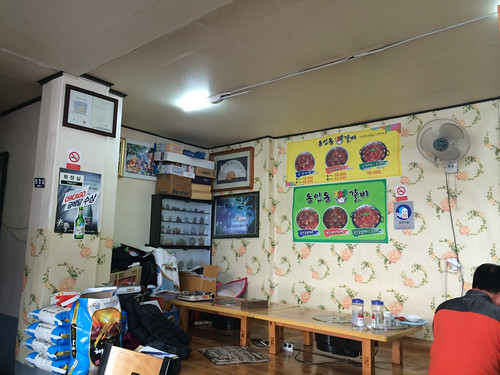