It’s January, so that’s the best time to Hike.  Why? Because it’s not so hot duhhhh.  If it was in July we be dying of exhaustion and dehydration and probably end up on the news as newbie hikers.  I originally was planning this with my friends and co workers, but the schedules didn’t match so we had to split.  I ended up with my coworkers because there were visitors from out of town.  Like these guys: 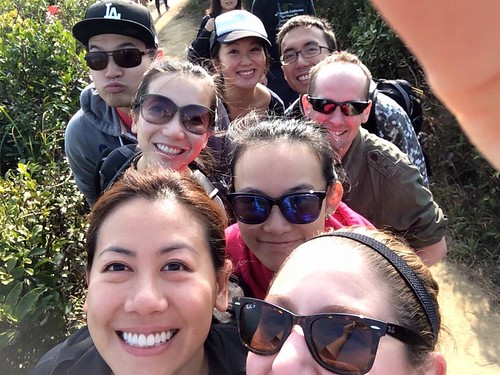 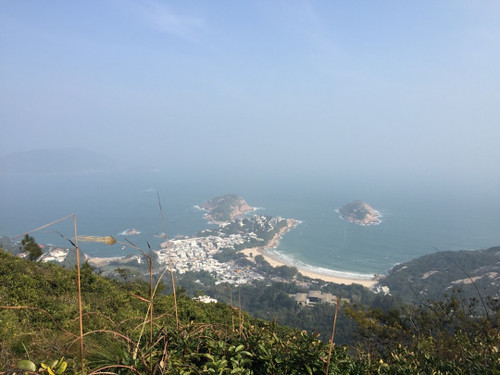 Not sure why we chose the Dragon’s back.  I think I chose it? I think I said “lets go because I have never been”.  And it’s true, I’ve never been there.

Getting to Dragon’s back is very, very simple.  Get off at Shau Kei Wan, exit A3 (it’s on the island line just in case you didn’t know that).  Head to the bus stop and find bus #9.  Get off at the stop “To Tei Wan” and you are there!!!

This is the beginning of the trail: 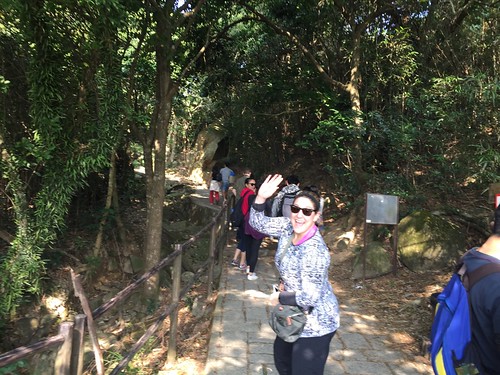 haha, that’s my US coworker.

The hike itself was not really that hard, compared to the twin peaks anyways.  It was not too steep, and the hike itself really took about….say…1.5 hours?  Not bad at all.  We started around 230, and was back to the city by 4ish already.  Yapppp…it was chill.

like all hikes though it gives a great view of the surroundings: 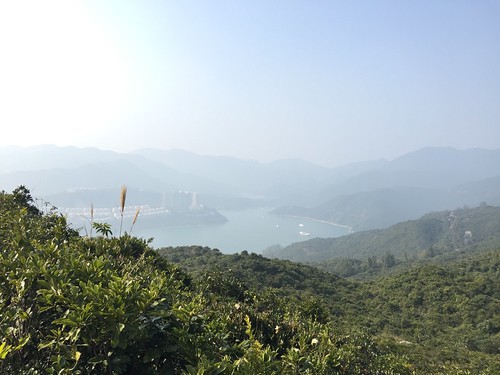 We also saw people parachuting here! Crazzzzy, don’t think I have the guts nor the money to do that kind of sport.  Rich people.

You know what, I think I wouldn’t mind trying to hike these at night! Seems pretty straight forward! One day. 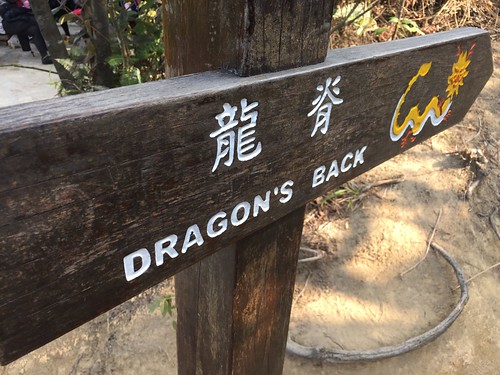