Seriously.  What is Monkfish.  I had no idea going in to this meal what the fish looked like.  And I still didn’t know…until now.  I googled “Monkfish”, clicked images and was scared.  Damn that fish looks scary.  Or maybe just ugly.  I can’t decide.  More scary I think.  But it’s okay, because what I actually ate looks like the picture above. 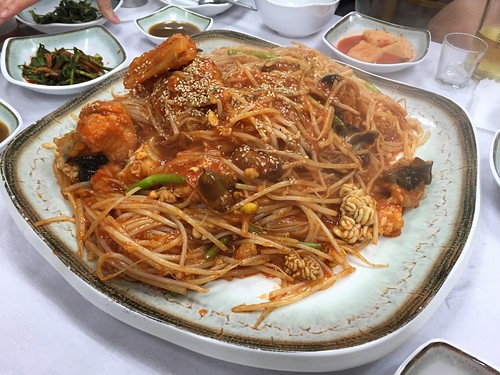 Which was not very scary at all.

In fact, it was very tasty.  And you know what, I don’t mind having another one! Just don’t show me a picture of the monkfish.

How we got to this particular restaurant I had no idea, our colleague from Seoul came to Jeju with us, and thank god because we would have been eating fast food everyday.  It really helps when you have someone that speaks the local dialect (well duh). 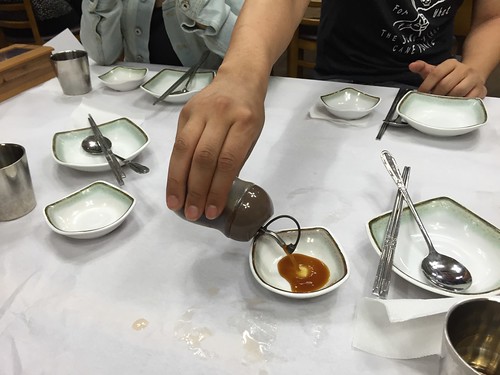 Main ingredients in this dish was some spicy / sweet sauce, bean sprouts (a lot of bean sprouts…..) and monk fish.  Big pieces of monk fish.

That is all we ordered.  oh we also ordered a stew but who cares about that right now.

Just when we thought we were done with the monkfish….the owner surprised by taking some of our sauce.  I was like wtf??? turns out he used it to make us some fried rice..which was also…very delicious. 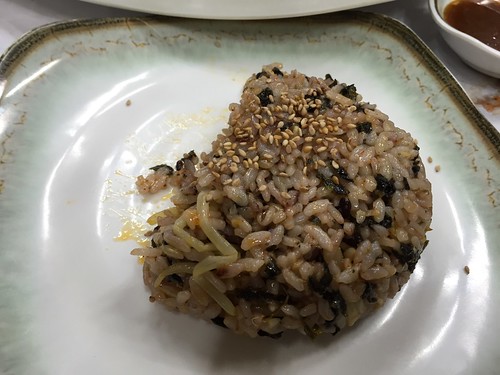 I got fat on this trip btw, there’s just so much carbs in Korea…haha.

I am not going to try to tell you the restaurant or where it’s located, because I really don’t know.  Just show the pictures to some of your local Korean friends….they might be able to help…