But fuck it, this shit was damn delicious. 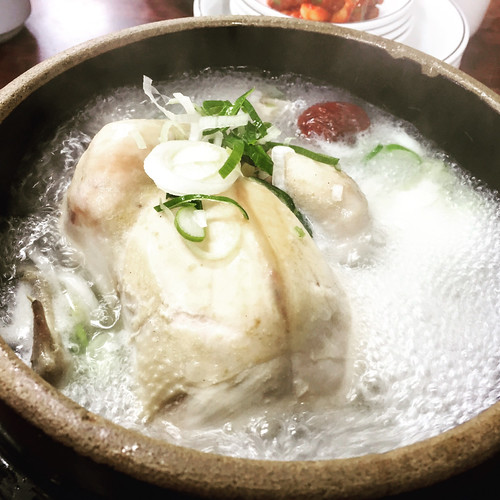 The dish is called Samkyetang aka Ginseng Chicken.  You have to try this if you ever come to Korea.  DEFINITELY a must try if you are coming in the cold ass winter.  And yes it is damn cold even for me (and I was born in the WINTER)  And why would it be an super awesome idea to eat Samkyetang in the cold ass winter? Because it’s damn cold outside, and you will be eating some damn hot inside.

But,seriously it is hot.  I was sweating like crazy.

But I always sweat profusely so it’s nothing new here I guess.

But where to find good Ginseng chicken?  Well tough for you, lucky for me I had Korean colleagues (duh) that took us to a place nearby the office.  The restaurant is called “Jangsu Hanbang Samkyetang”…yeah good luck googling that fucker on english google haa.

Side note, the pronunciation of Samkyetang is actually very similar to chinese, and I am chinese so maybe it’s easier for me to find. I don’t know. Just saying.

Anways, TO HELP YOU out in finding this GREAT place I got their business card, and thus the address for you hungry mofos are as follows: 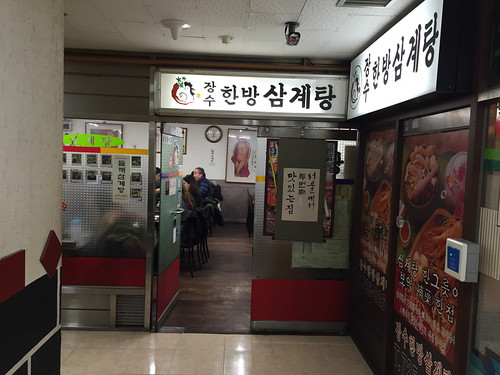 I am shit with directions so I ain’t giving you no directions.  This is consistent with 99% of my posts so you should not be surprised.  I will be a bigger asshole if I gave you shitty directions and you can’t find it, and then you’ll just flame me.  So fuck that shit.

Directions are as follows: I went through an alley way across from my office, and then we took a left at the end of the alley.  Walked a bit further, and then turned left to an under ground passage (after crossing hte first set of traffic lights).

Yep, that shit ain’t helping you. 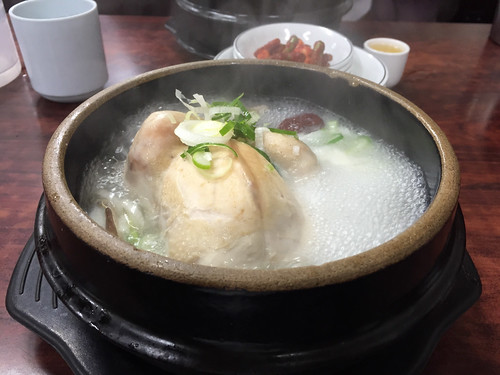 But I am a nice asshole, message me and I’ll help you out.

The restaurant owner here is some humble mofo.  They actually advertised their gingseng chicken to be NUMBER 2 IN ALL OF SEOUL? Why even advertise it?  But I guess it works because I am like damn straight this chicken ginseng shit is probably better than some assholes out there claiming their chicken is number 1. PSHH number 1 my ass.

BUT, truthfully this was really good and I was damn satisfied, so I don’t know if they are really number 2 BUT THEY ARE NEAR THE TOP OF THE SHITS I NEED TO EAT IN SEOUL. 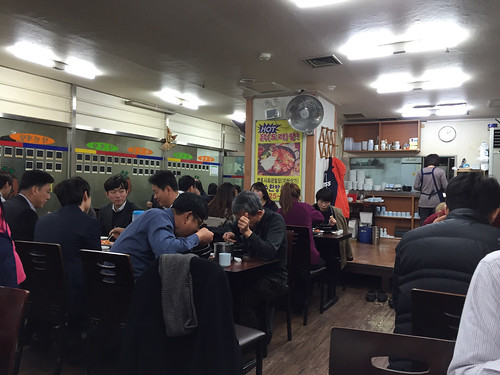 Oh, for all you alcoholics out there you can pour ginseng wine into your dish. haha, fuck yeah drinking at lunch I am a bad ass.

Love this place, gonna come back to this fucker when I go back to Seoul

Written from Toronto, Home on February 7 2016