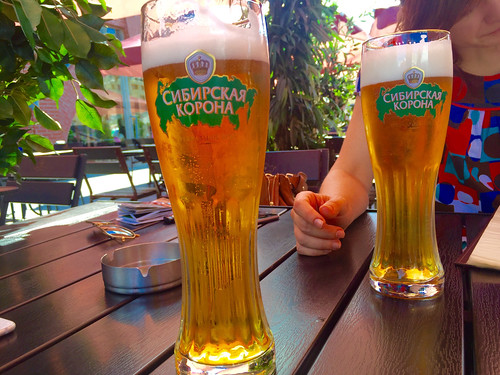 As I have mentioned many times in my blog, eating in a touristy area always has its cons.  That includes shitty food at a high price.

This particular eating session was a good example.  We were exhausted after a 2 hour tour inside the Kremlin walls.  Naturally we were thirsty and was craving a solid cold beer.  That’s when we saw this restaurant called “Beer Restaurant”.

I thought it was a gift from present.

Turned out to be a shit from hell. 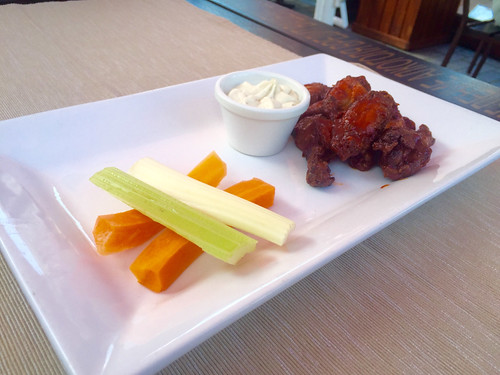 We ordered the wings and bear dumpling as starters. I never had bear before. Tasted like pork to me, that dish I enjoyed.  Almost felt like I was back in HK! Just give me some noodles and this is almost like a good ol wonton noodle dish.

The wings were meh. Small portion. Not a lot of taste. The celery sticks were better than the wings itself.

I ordered a burger.

Burger was small, patty was dry, the condiments were not meshing well together. Overall a fail of a burger. 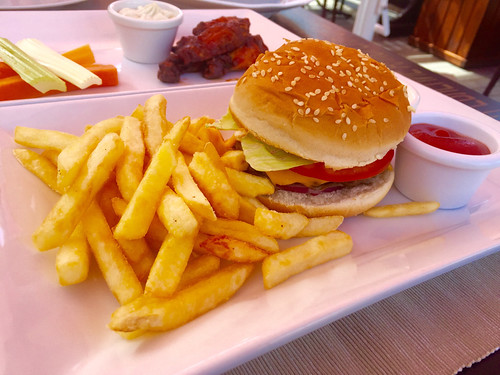 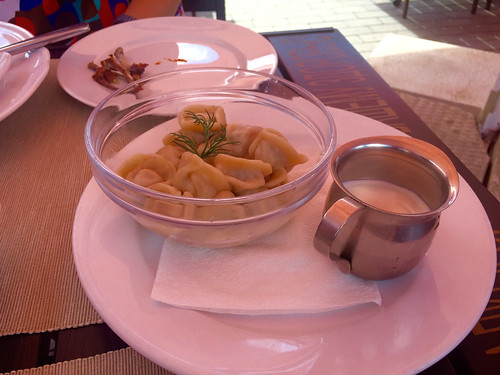 But then it could also be me that is a fail. I keep ordering burgers in foreign places, when I should be eating out at russian restaurants. Yeah i know.

Hopefully I will get to eat some authentic russian food later in my trip.