And expensive. The Burj Al Arab is one the most expensive  / craziest hotels around and we for whatever reason wanted to try it. And try we did. side note – apparently this place costs 10+k usd a night…fuckkk that shittttt

We tried the “culinary flight” experience which allows you to eat from 4 – 5 different restaurants in the hotel. WHATTTT?? Crazy.. 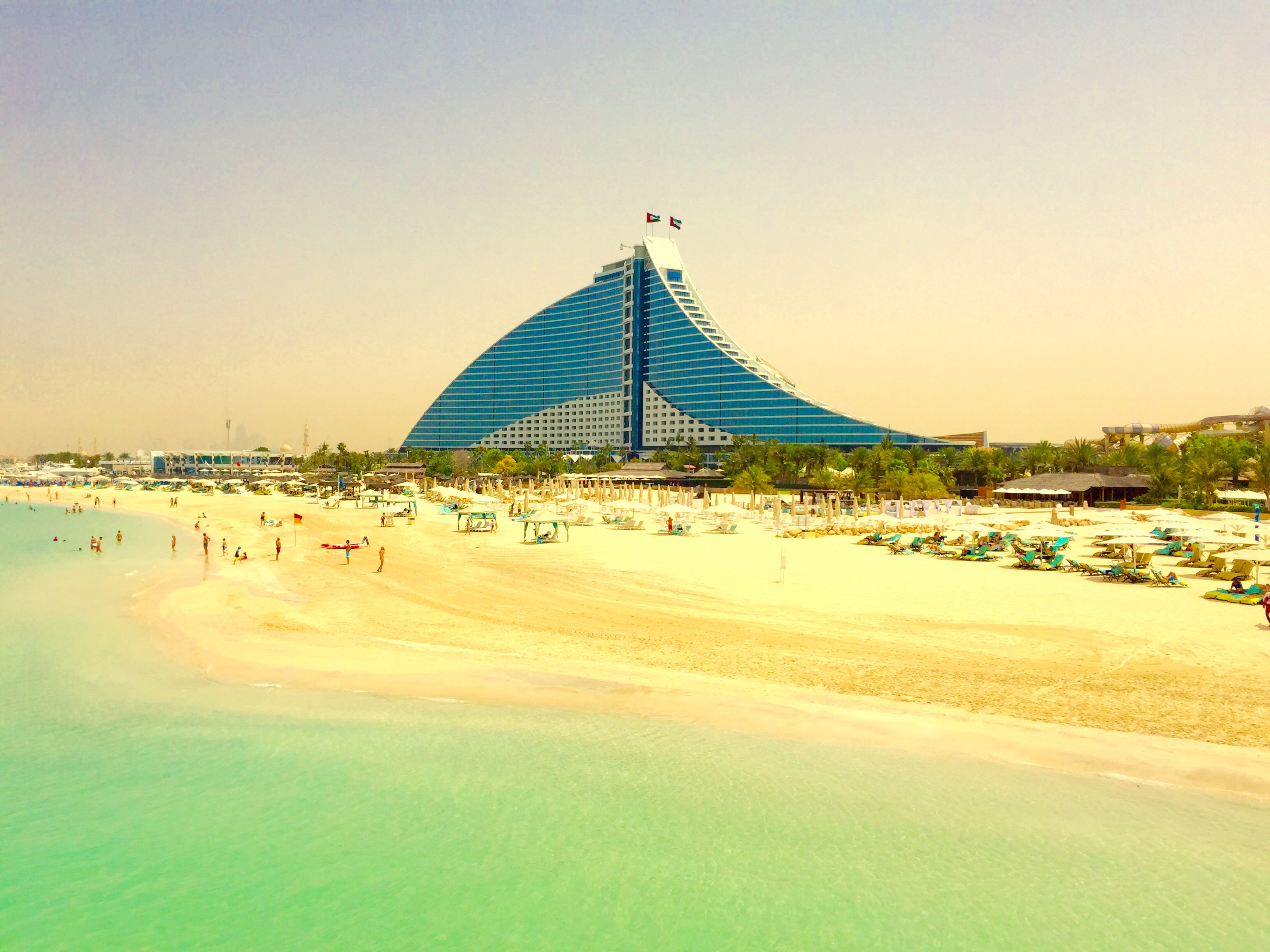 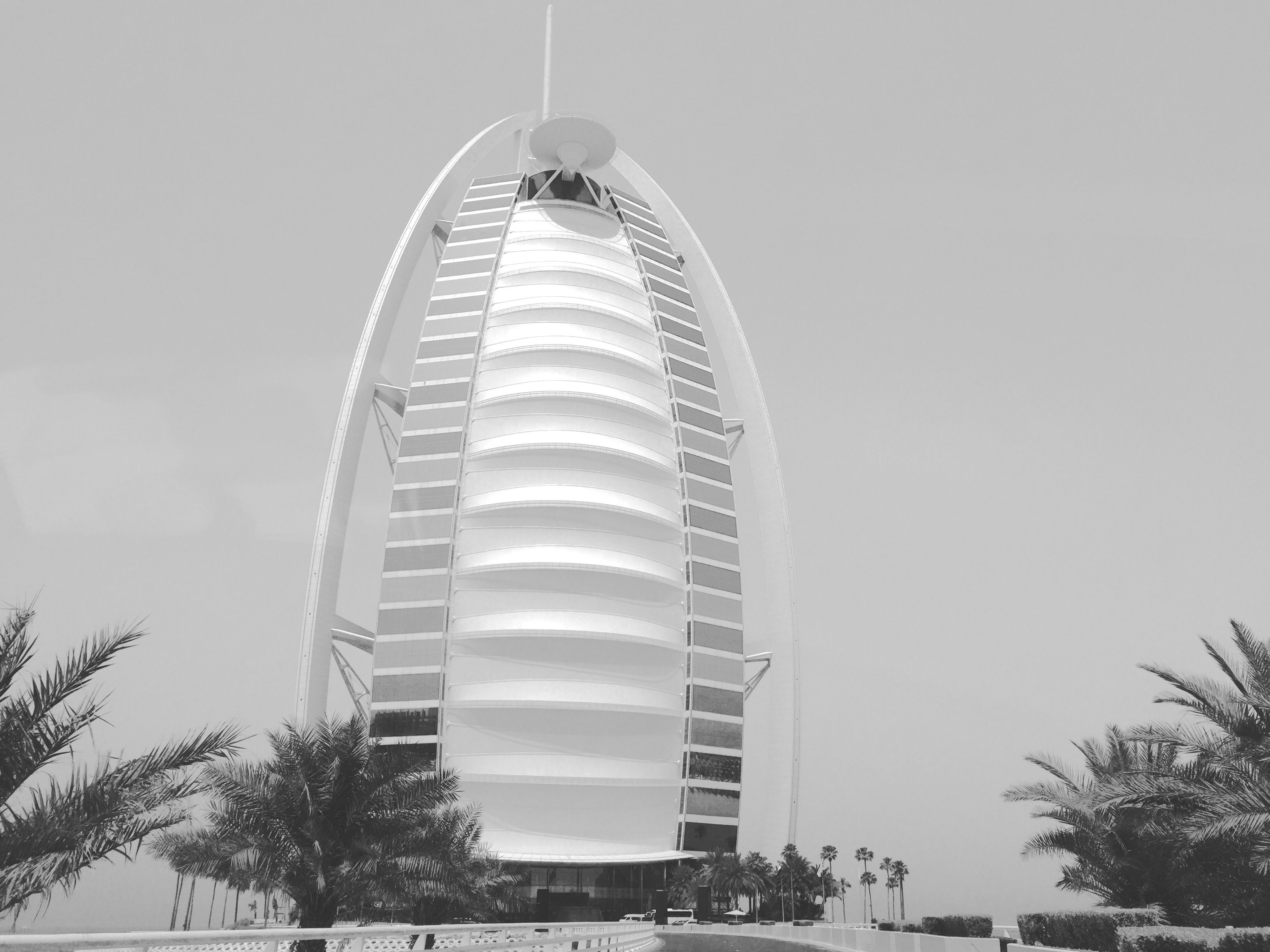 Upon arrival of the Burj Al Arab I must say…DAMN YO…what the hell is this shitttttt? crazy architecture! 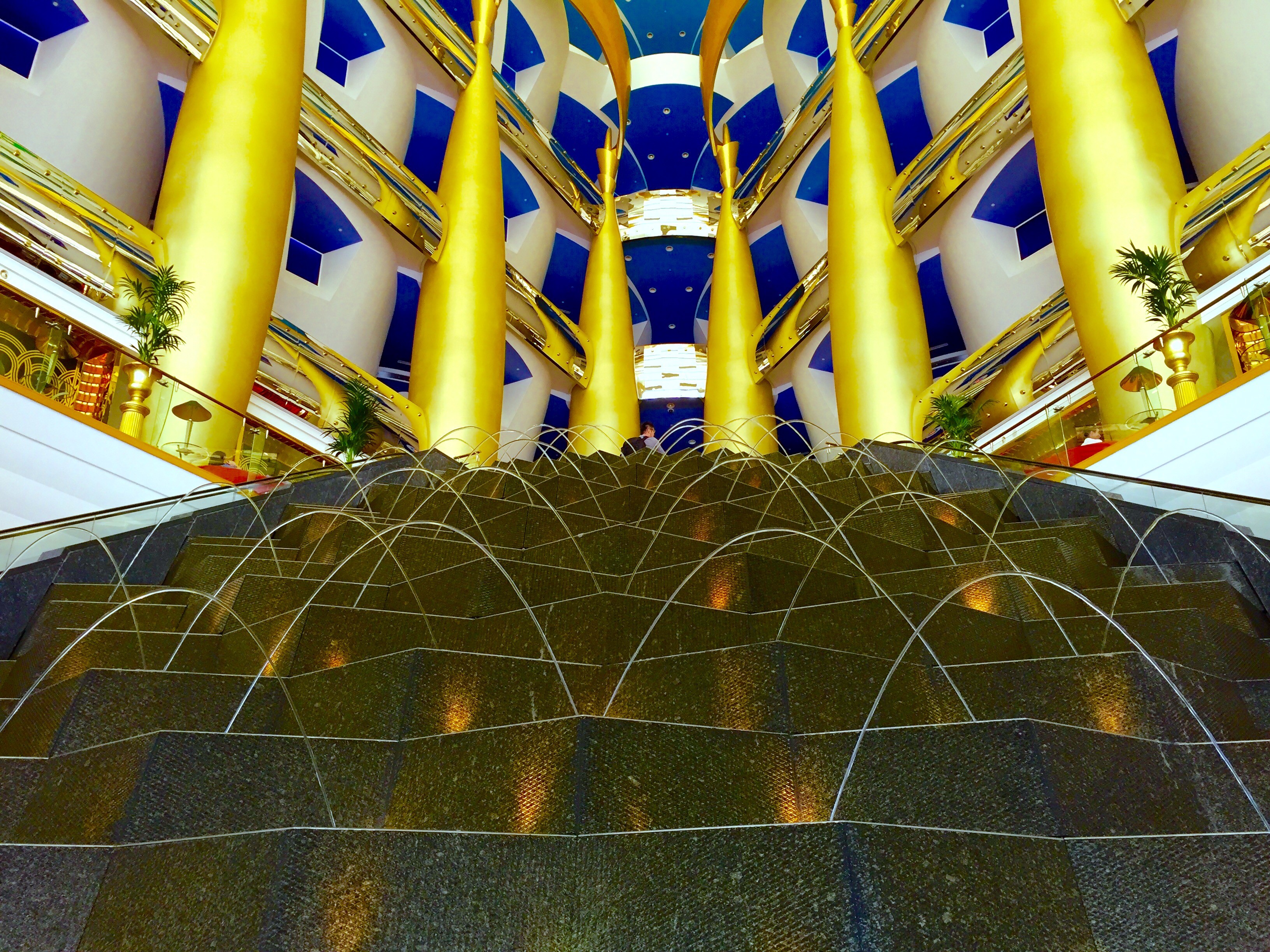 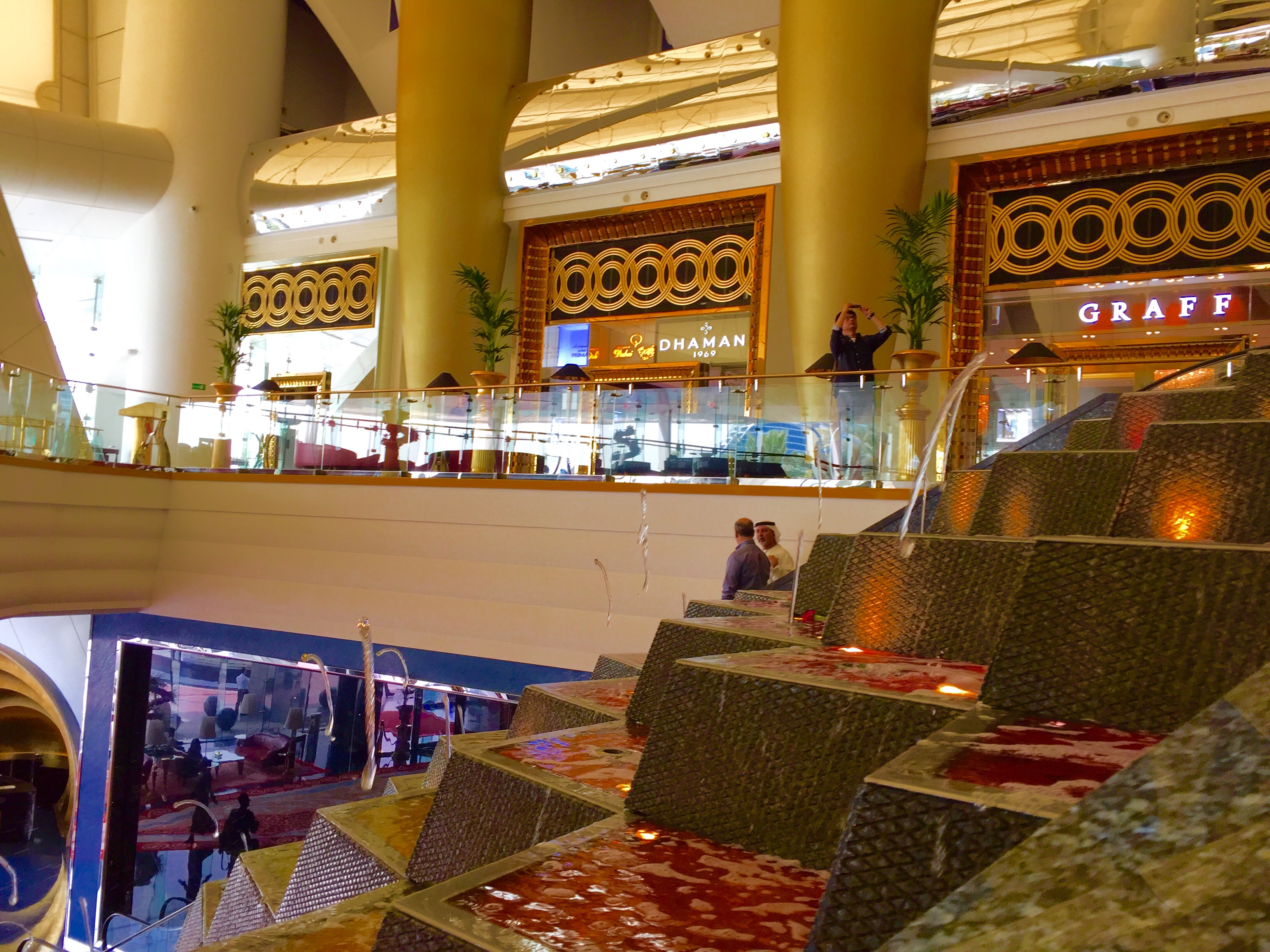 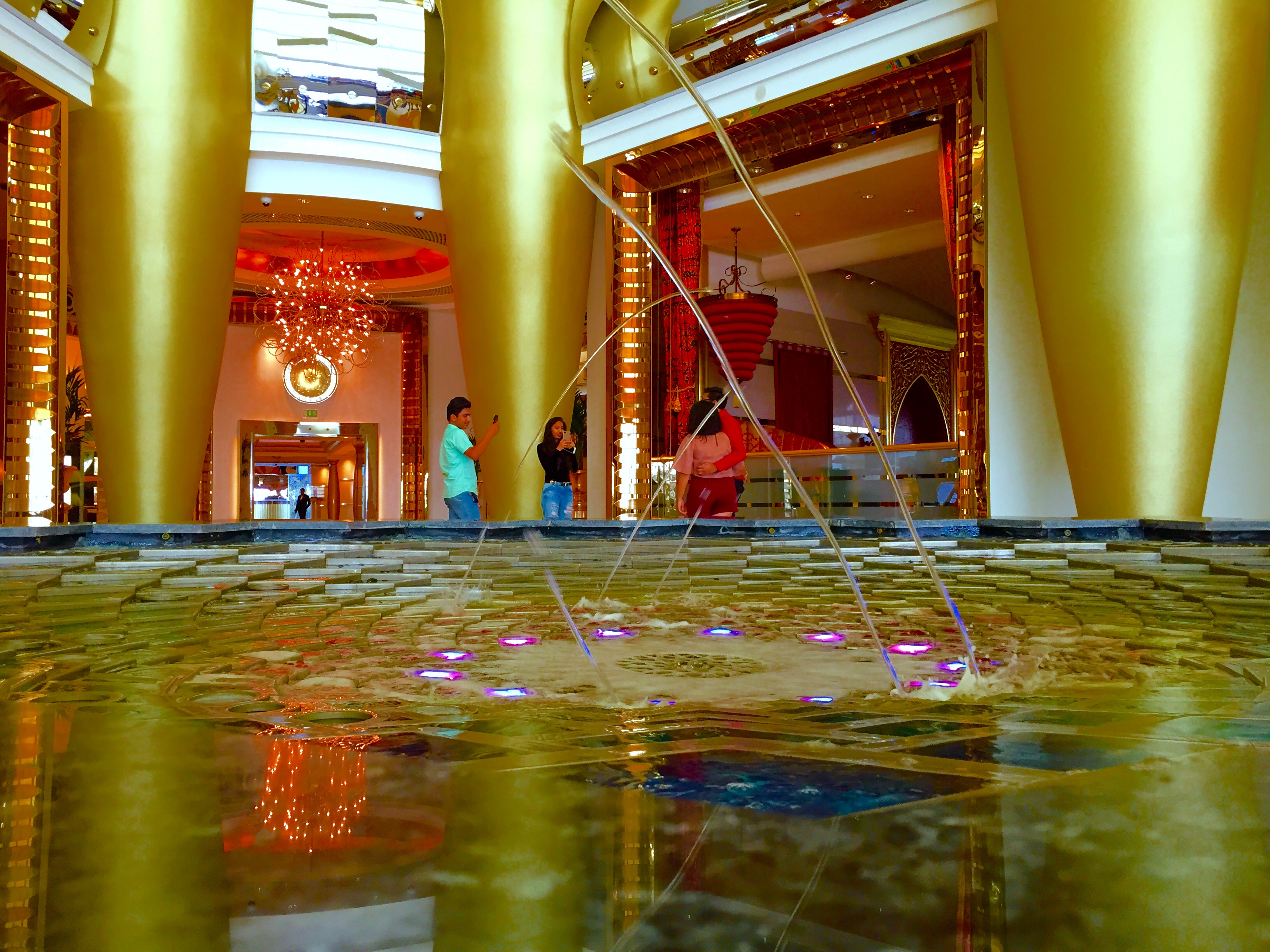 This shit fancy yo! After snapping photos like tourists (which we were) we proceeded to ask the front desk where the hell should we start our culinary flight.

They sent us to two different restaurants until we got to the correct one…what a fail.. 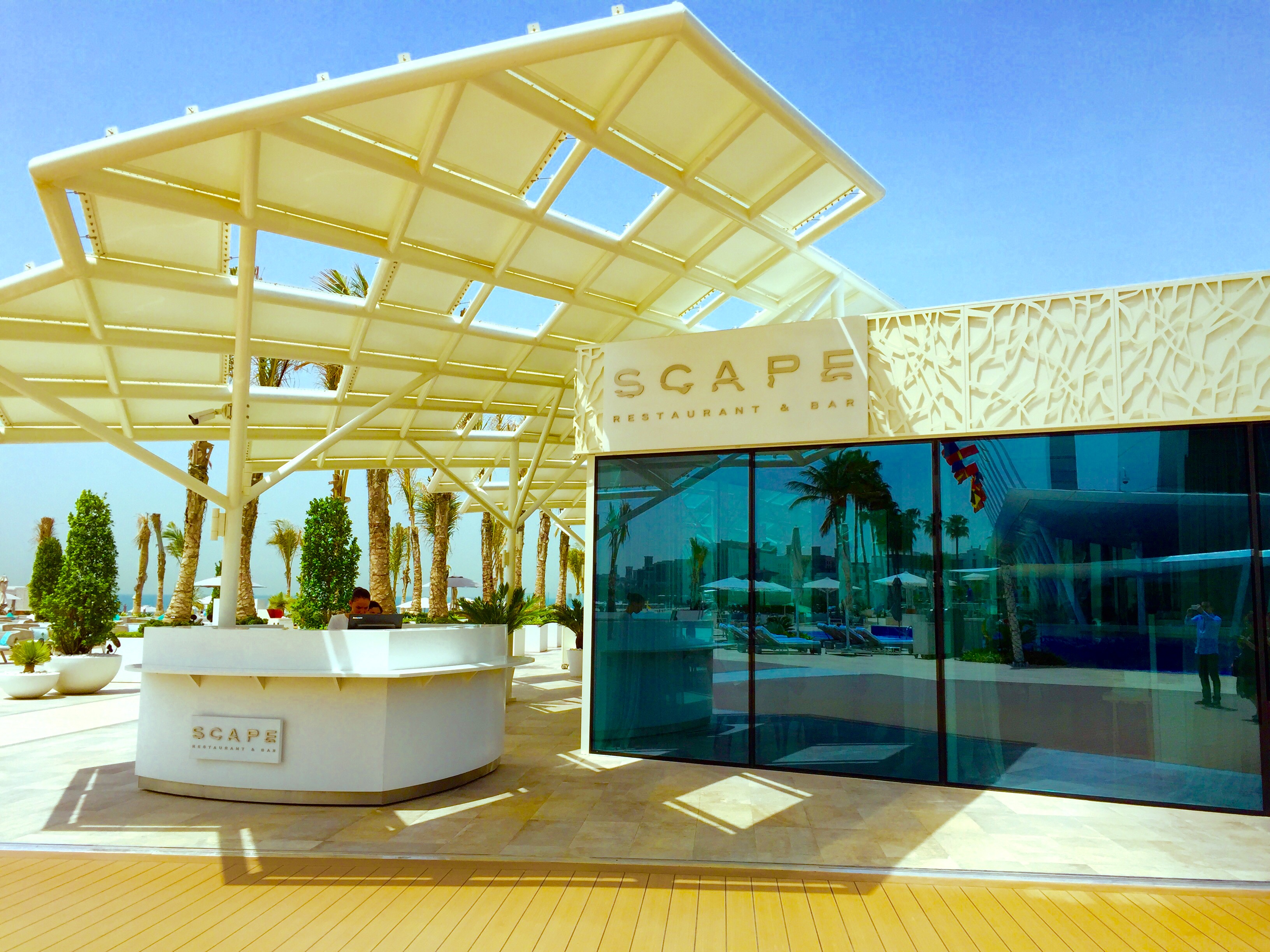 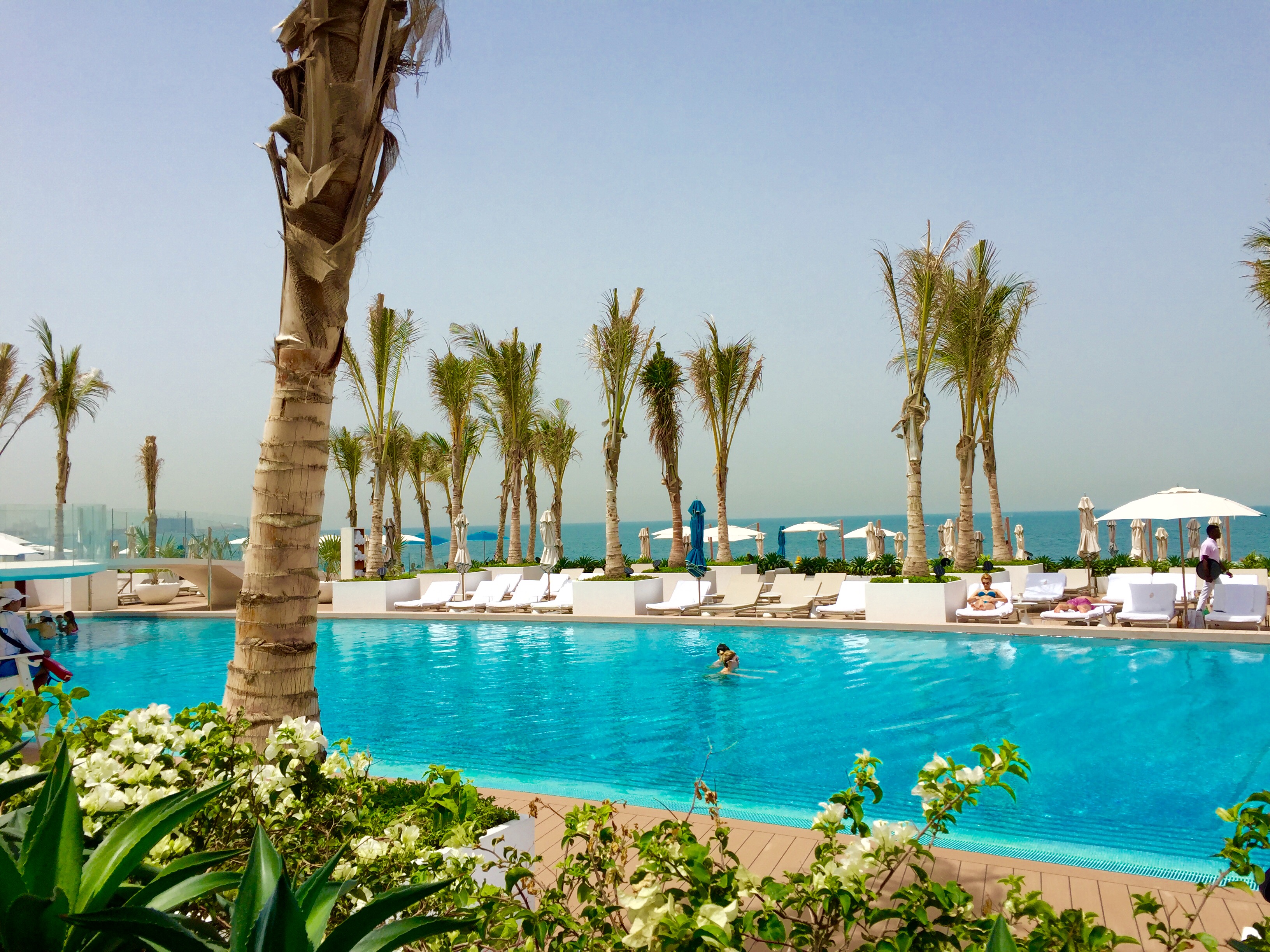 The first restaurant was called Scape. My favorite restaurant in this whole hotel. It’s by the pool, so on a lovely afternoon you know this place is going to be the bomb.

I can spend hours here just drinking and chilling and sleeping. 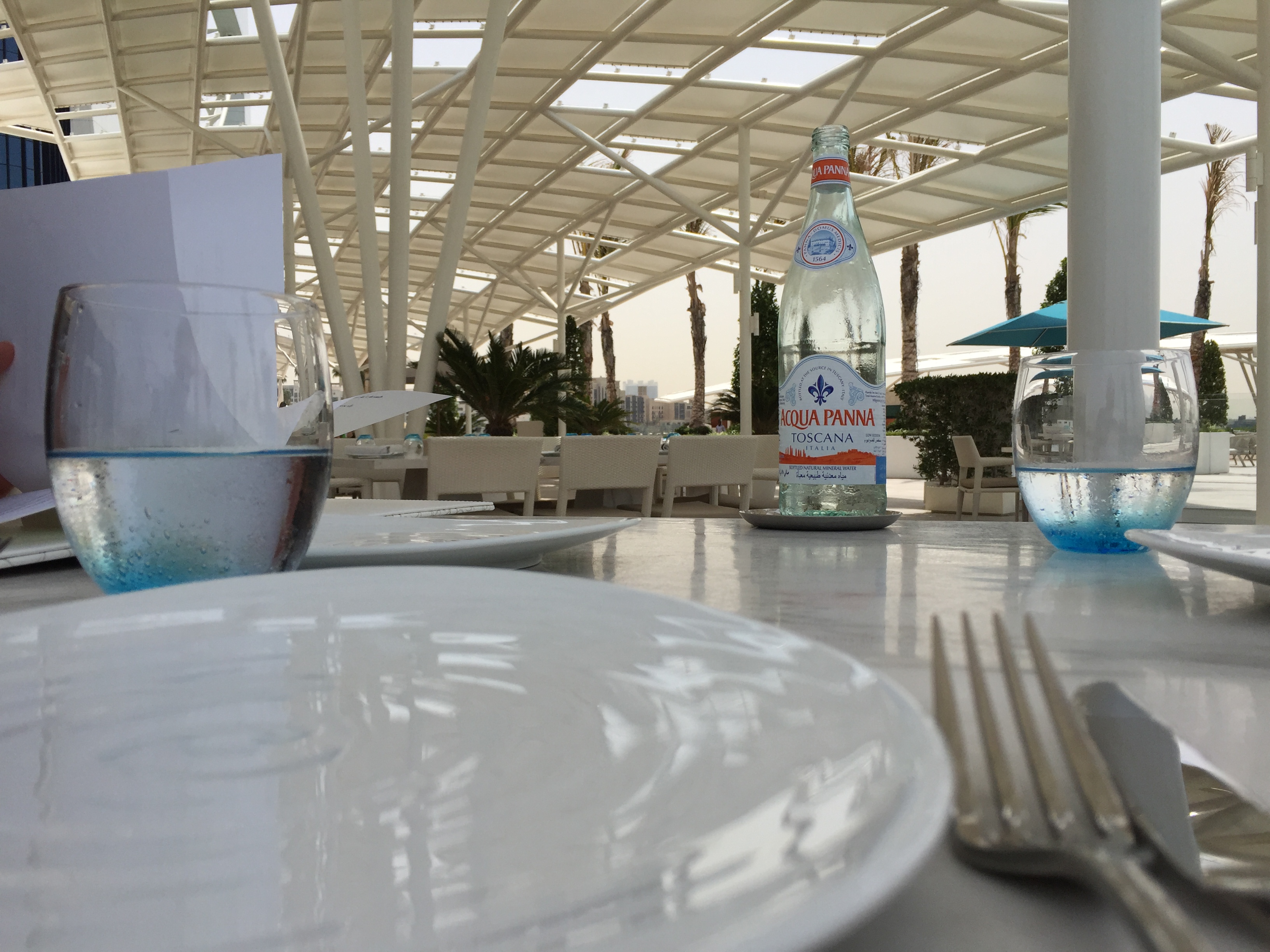 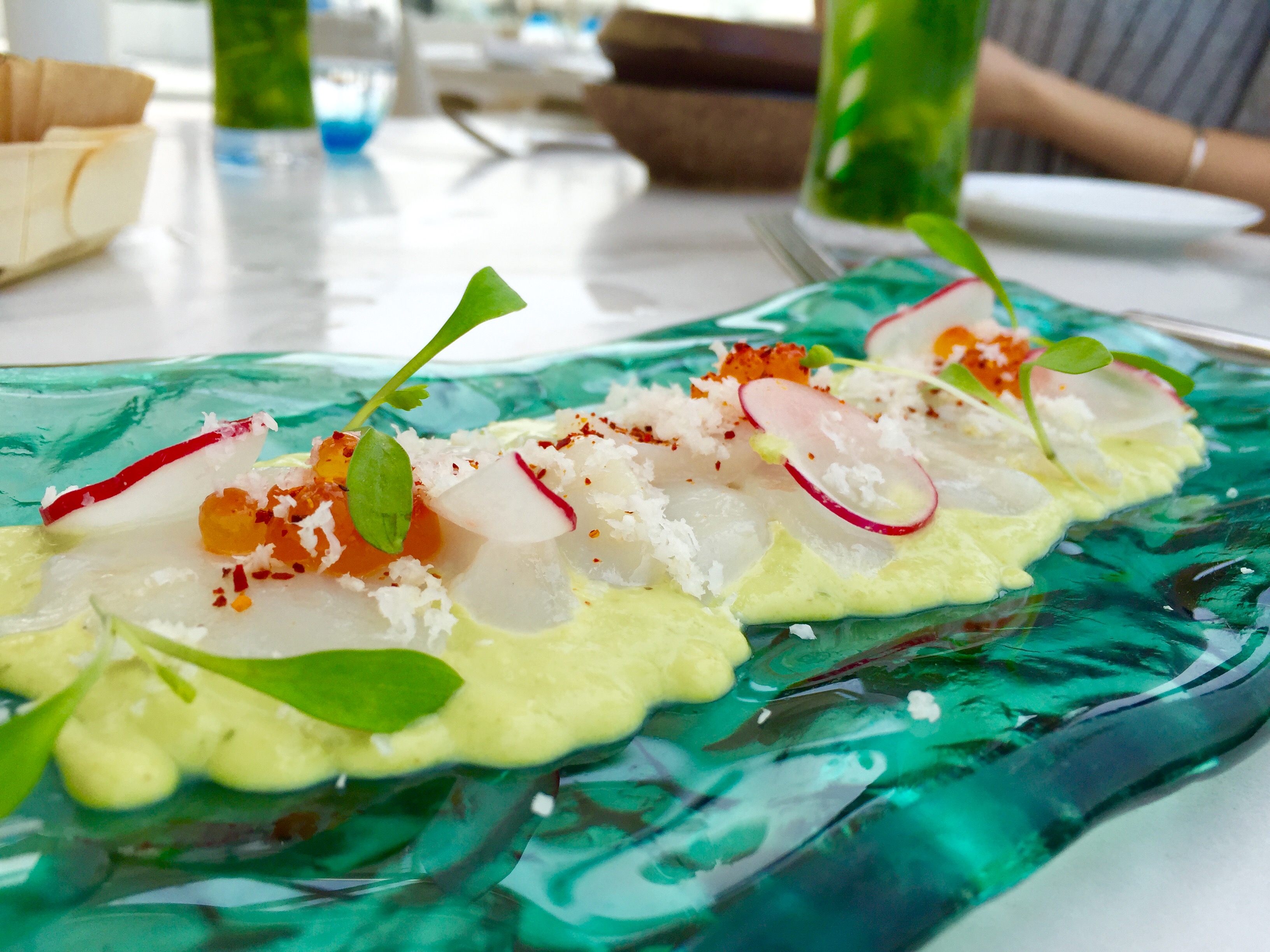 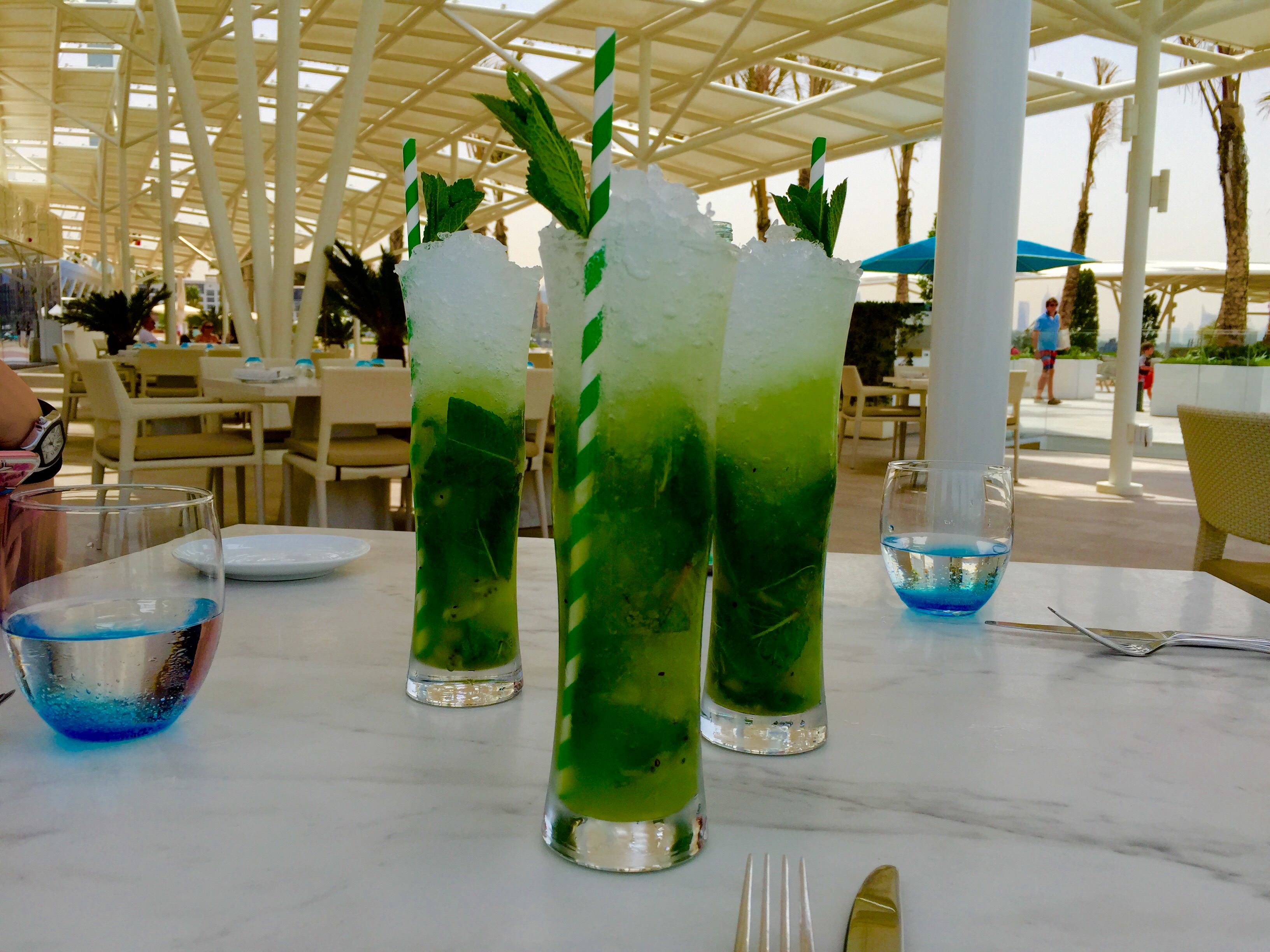 I believe I ordered the Scallop Tiradito…I think…that or the Carpaccio…super delicious regardless.

After downing our cocktails and eating this appetizer we proceeded to our second restaurant..the tourist filled “Junsui” restaurant. 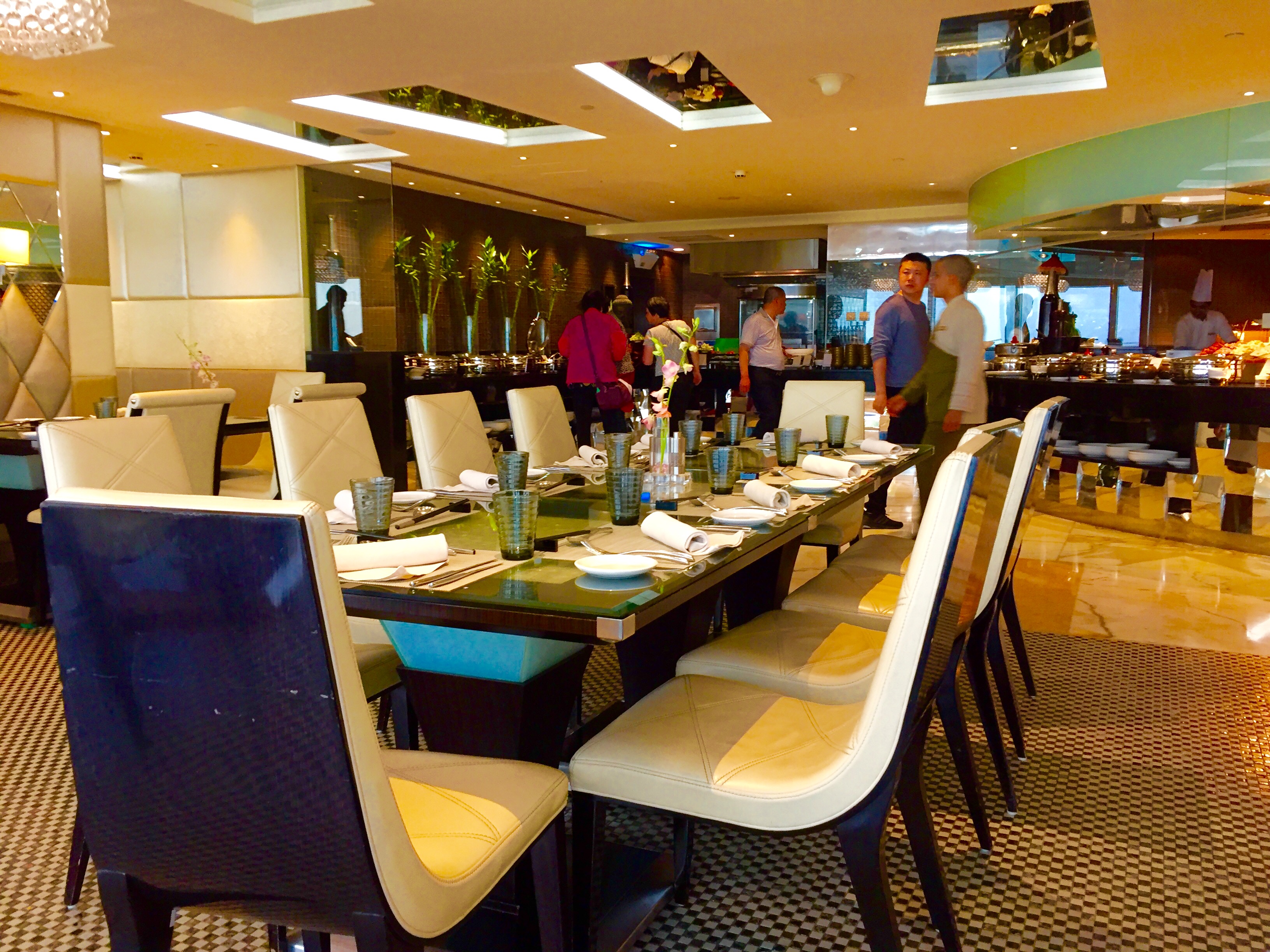 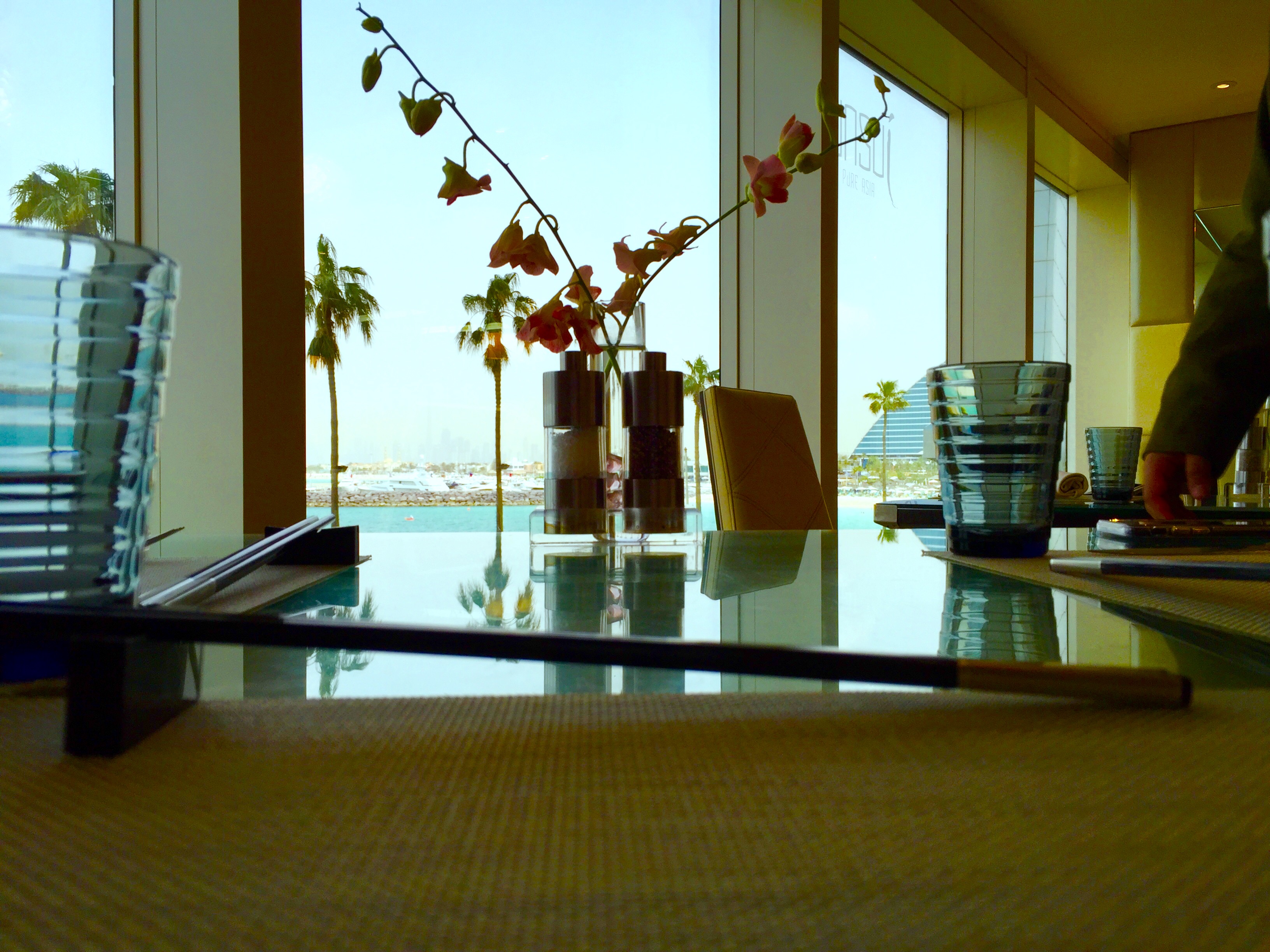 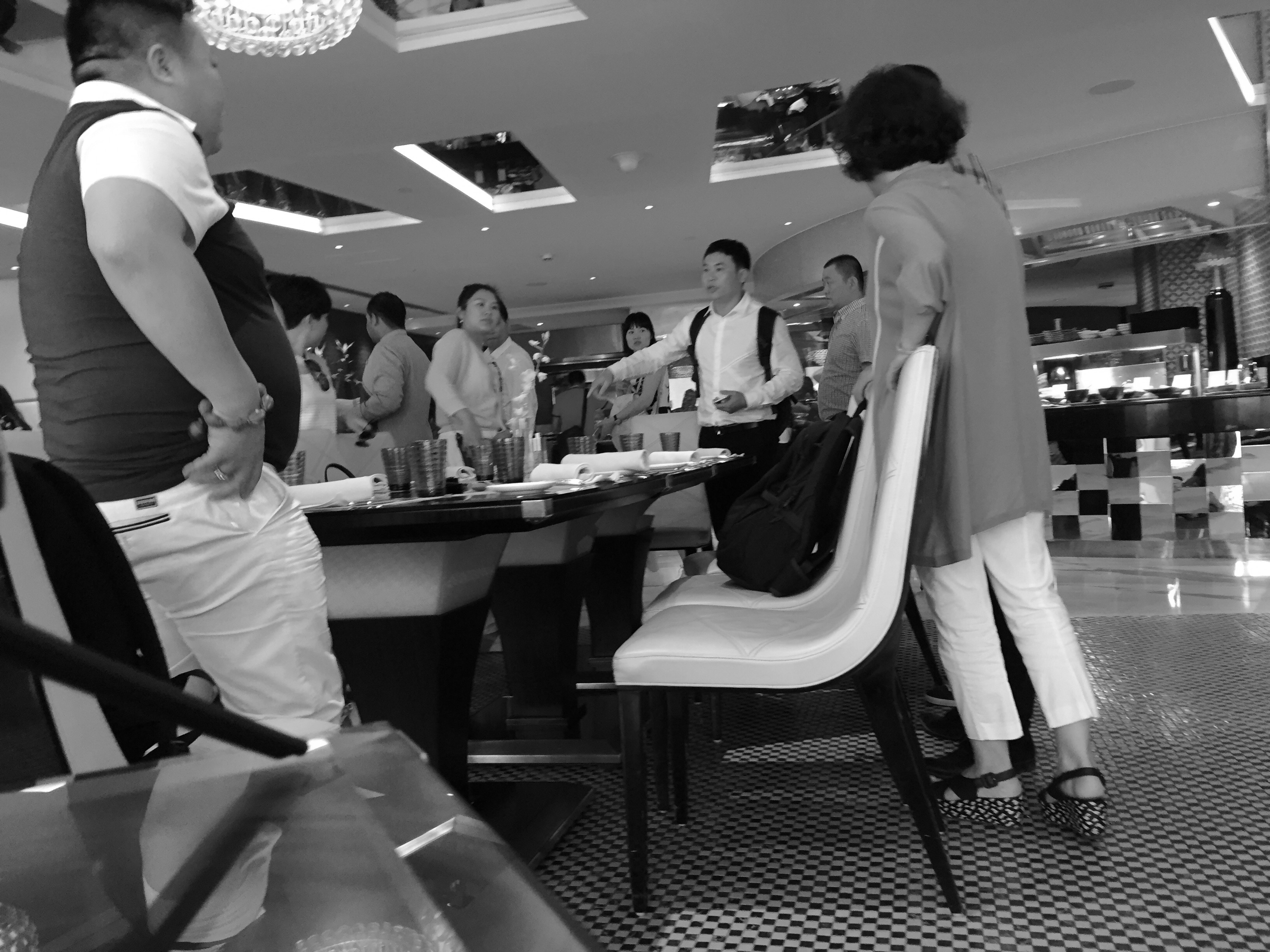 Not even fucking kidding you. Compared to Scape this place was a wreck. I mean it was nice decor, but mannnn too many tourists yo! They were all there for the buffet…which means they were everywhere…yelling..telling their relatives where the good food is and shit. 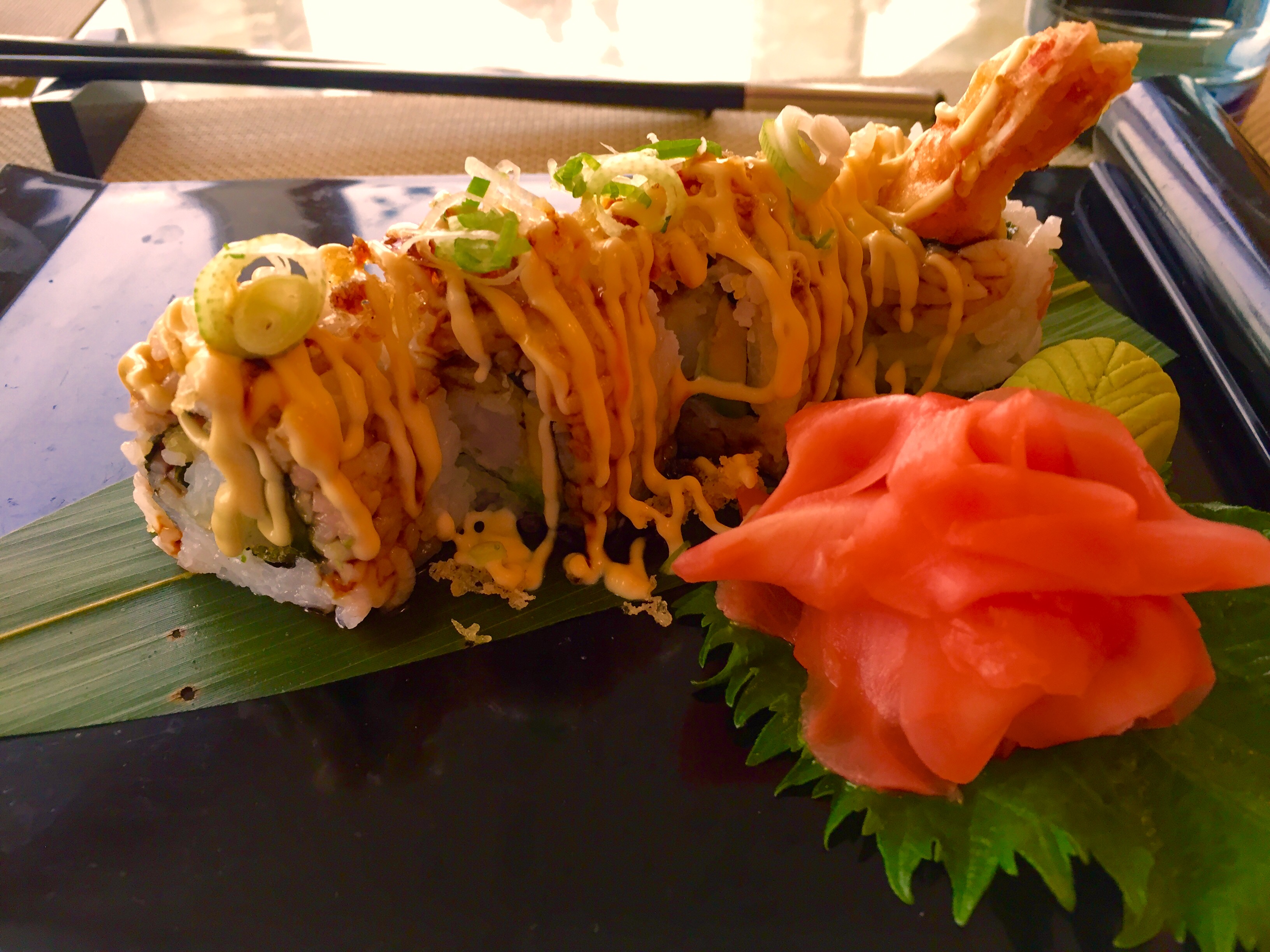 I had sushi….it was nothing special…could get this anywhere in Hong Kong..feel like I got scammed with this restaurant… 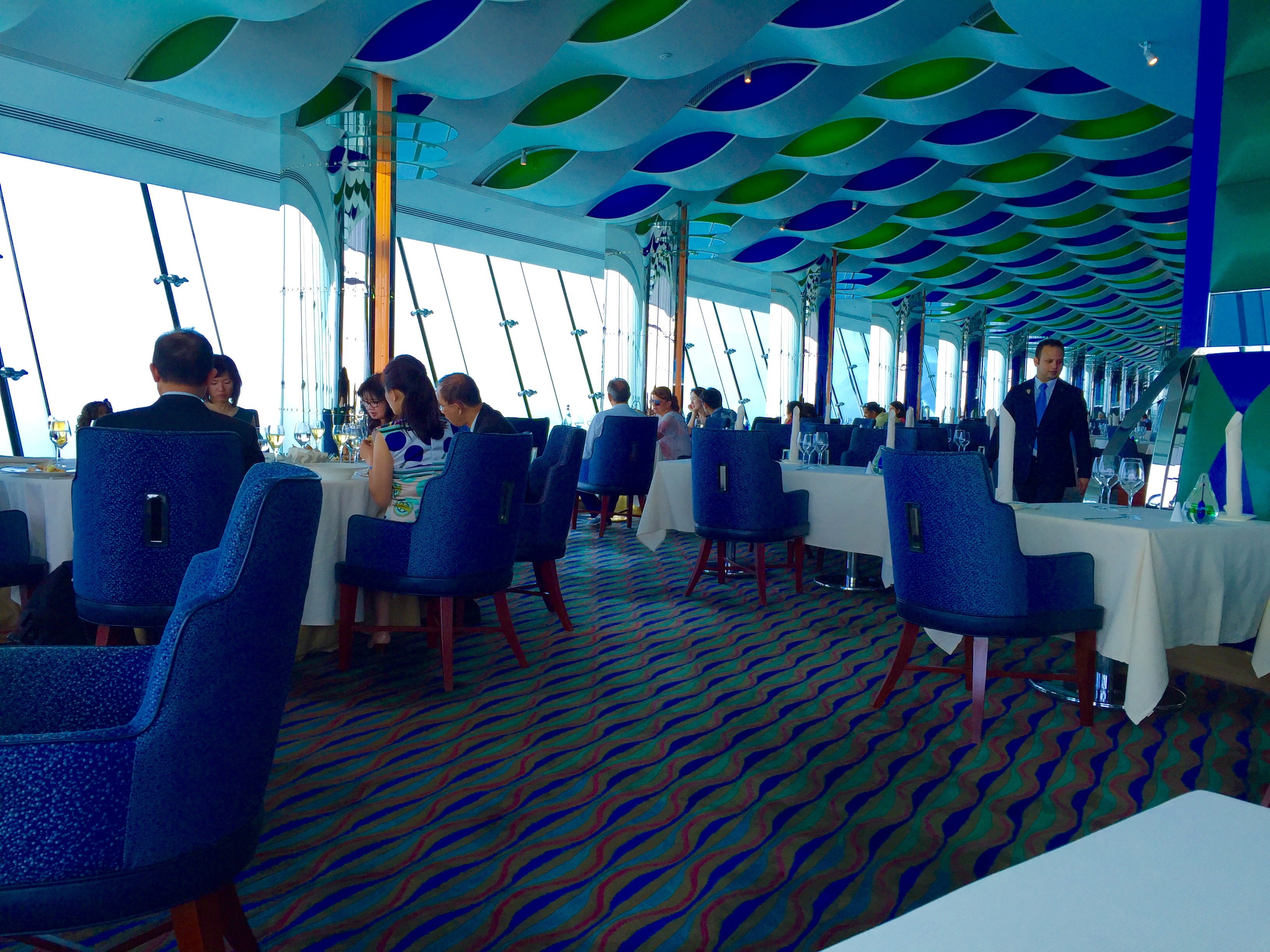 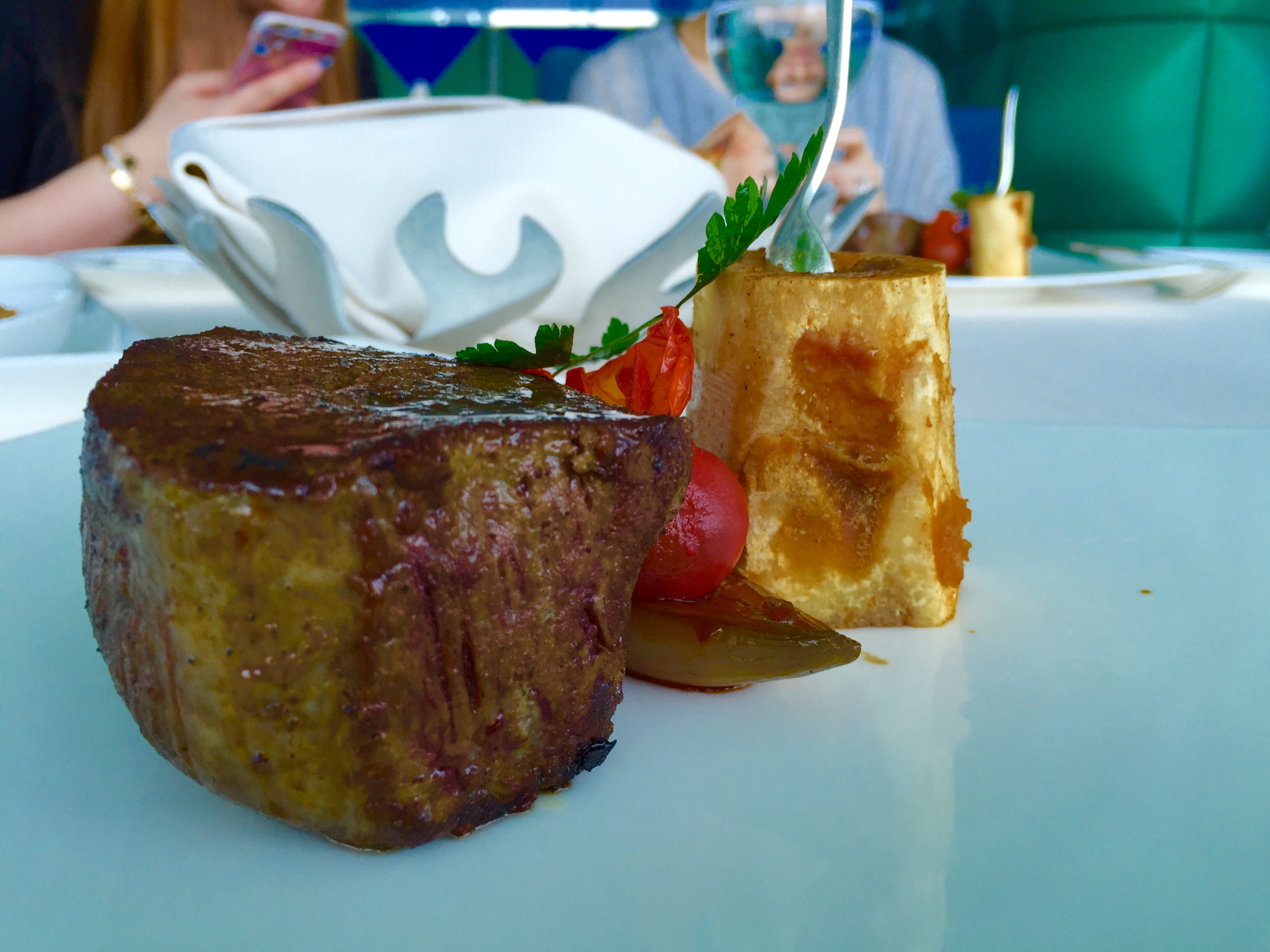 After a shitty experience at Junsui, we went to the top floor of the hotel to a restaurant called Al Muntaha. The view was awesome.

The steak? Super awesome as well. But I do have some negative feedback for this chef….we all ordered medium rare..yet all of our steaks came out differently…so yeah you have some consistency issues here!

Regardless, that wagyu beef was to die for. 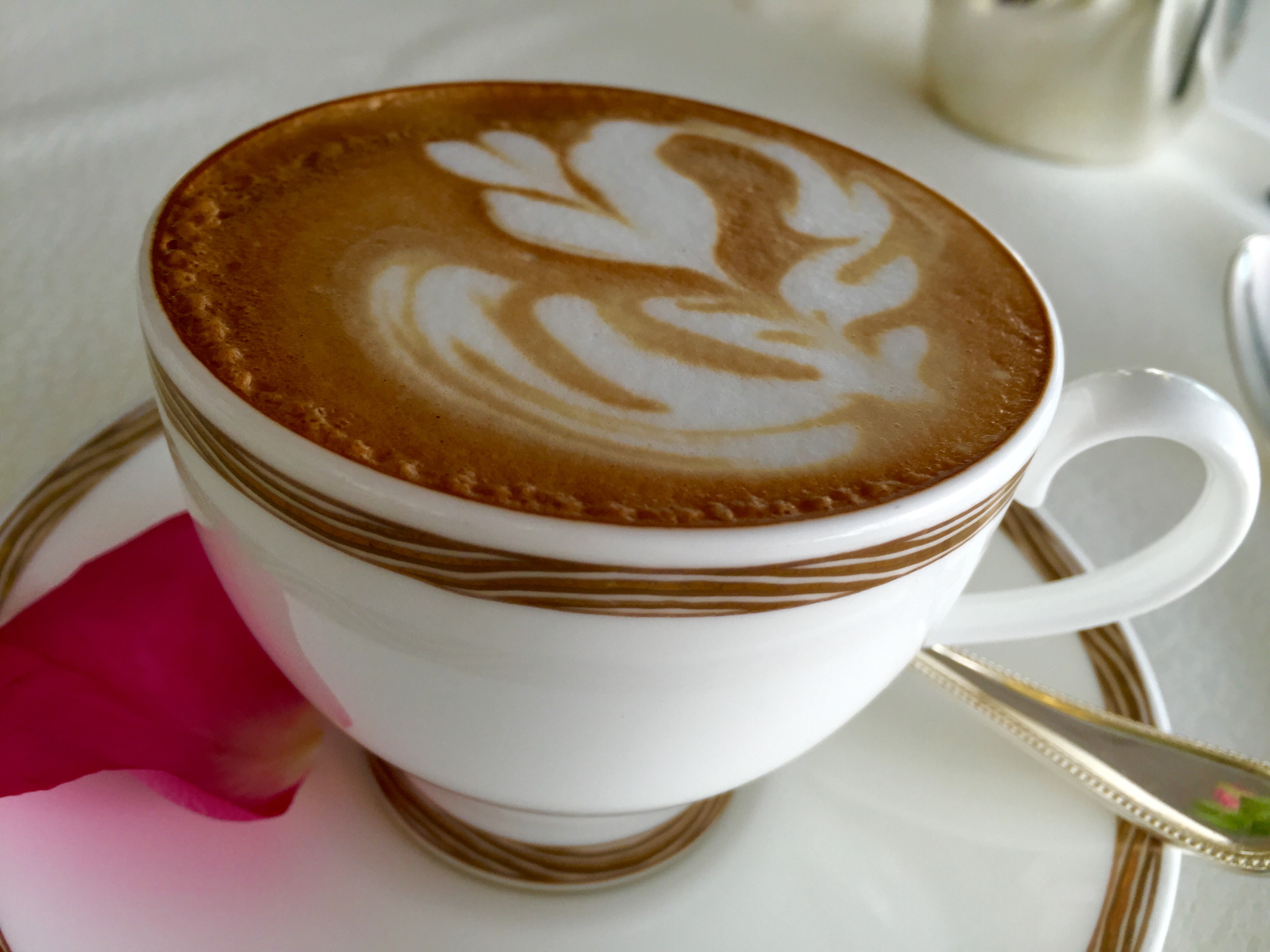 Finally desert. We were brought to the lobby cafe called Sahn Eddar. Yeah it was okay, nothing special again. Ordered coffee because by then I was super sleepy. Not just from the food, but the fact that we landed and I barely slept on the plane. Much needed coffee. 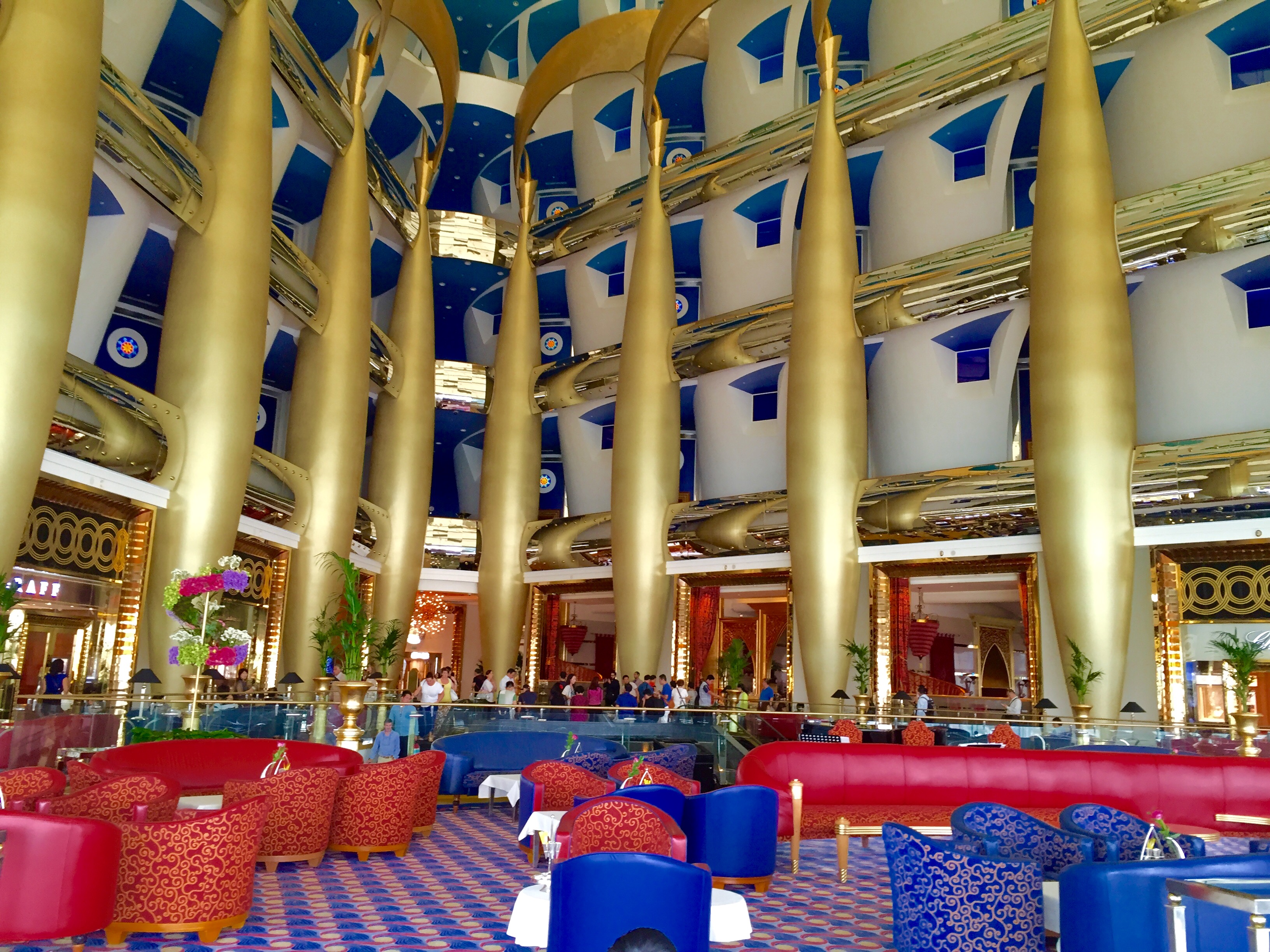 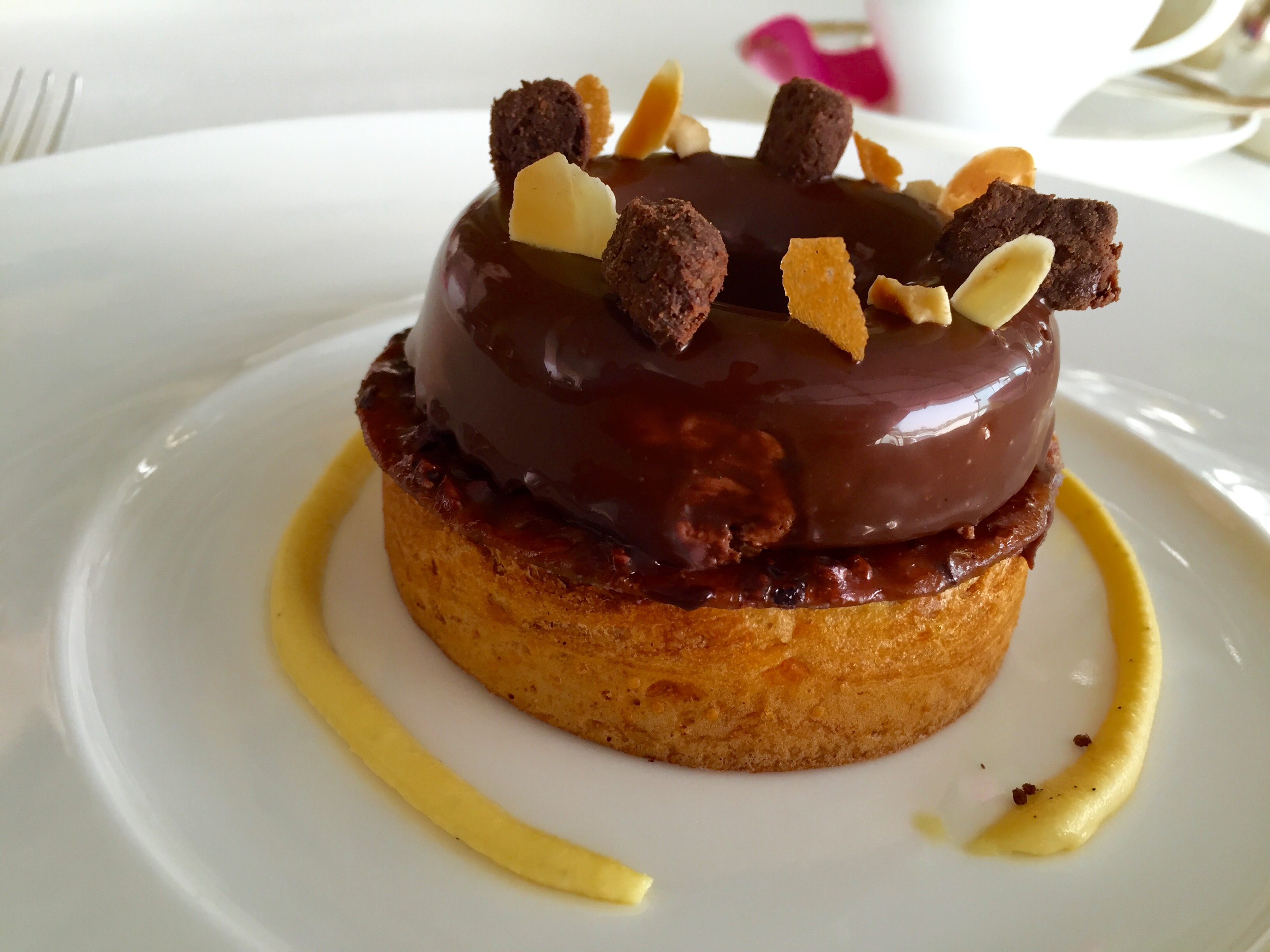 If I had to rate this place in terms of food..I’ll give it an average rating like 3 of 5 stars. Factor in the price..I will probably say its 2 / 5 stars..aside from the atmosphere in scape and the steak everything else was quite ordinary. So yep. Seems like this was a money grab by the hotel!