So I am a dumbass.

I sprained my ankle during basketball because I was too cheap to buy proper basketball shoes. So yeah, I am a dumbass.

How does that relate to this post? Well, because I sprained my ankle we could not go far for dinner. But life boss wanted to eat something nice, so I said why not check out this bar / restaurant called Speak Easy? I went here once 3 – 4 years ago when I just moved into Tai Wai. I had positive memories of this place so yeah why not try again right?

Plus I was craving a GUINNESS BAD!!

We had some nacho cravings (have been writing a lot about nachos lately) so we decided to try out the nachos. The waiter says its pretty cool. So okay let’s give it a try. 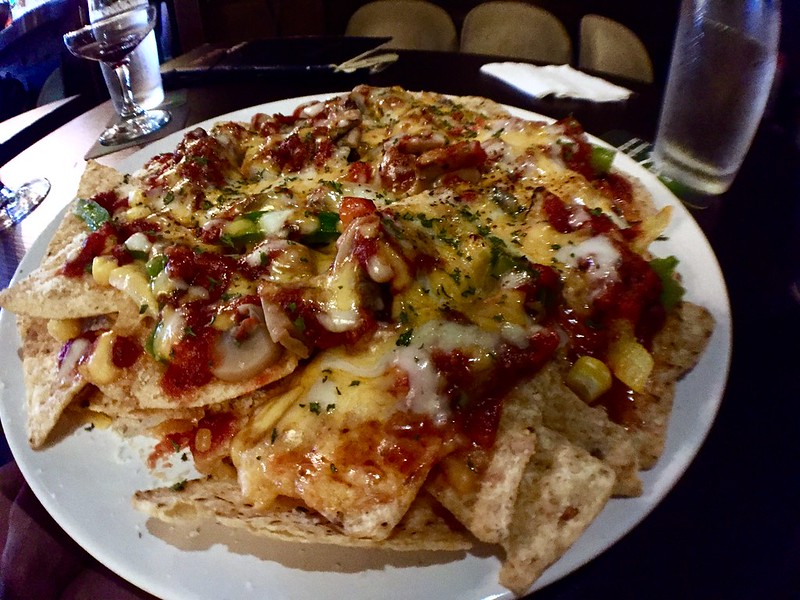 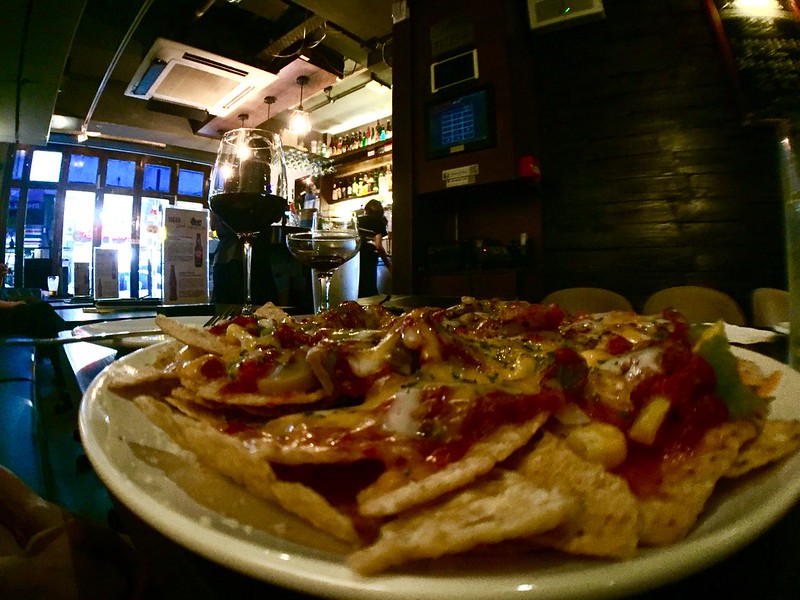 They were not appetizing.

Did people just forget how to make good nachos? The nachos didn’t have much sauce, not enough cheese, not enough flavor.

At one we point we thought we were eating a bland pizza. Yeah not impressed sorry people. Because the nachos was so shit we decided to order more food – yes I know that doesn’t make any fucking sense at all.

For mains I ordered the pork spaghetti and life boss ordered a burger.

Life boss and burger? the hellllll is going on??

Anyhow, to kill time I decided to play chinese chess with life boss. 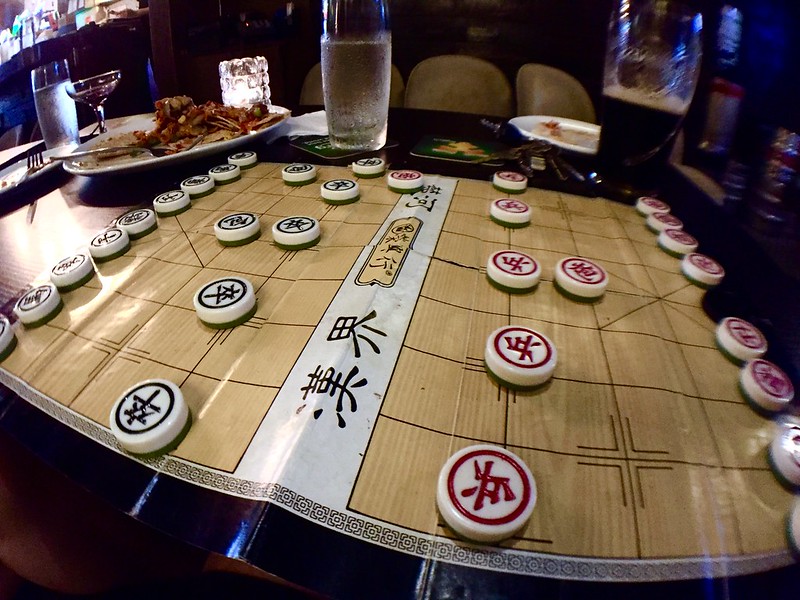 Here’s a some fun facts about life boss:

After annihilating her in chinese chess, to her relief the food finally came. But it was okay, as I beat her in 3 moves. Anyways, on to the food. 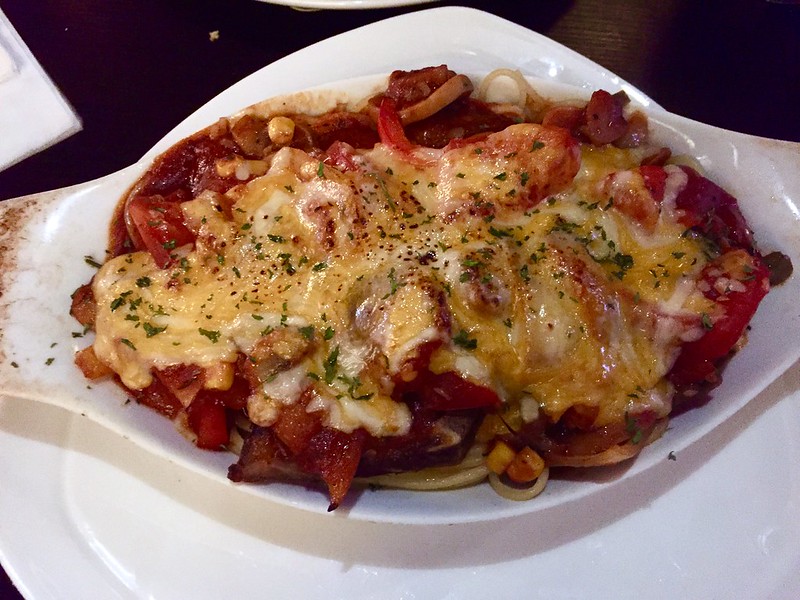 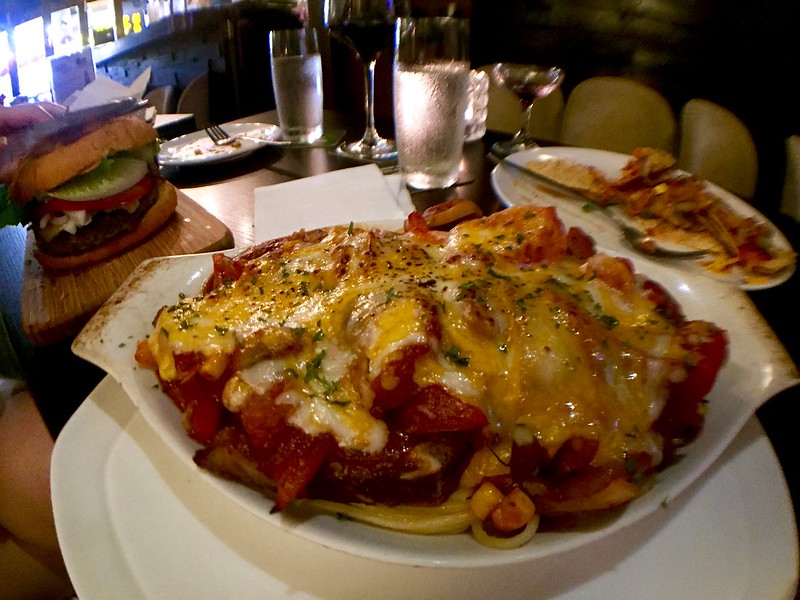 My pork spaghetti was pretty good.  But we could have made this shit at home. Nothing special. 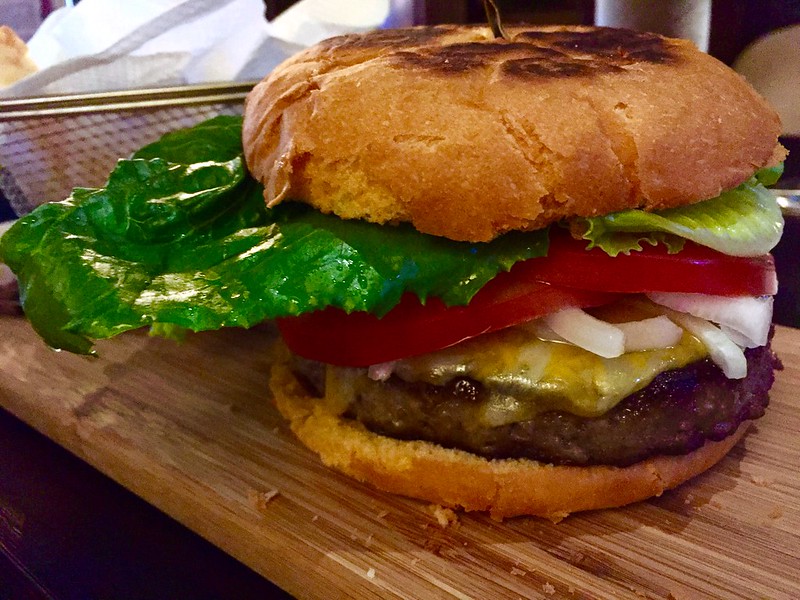 Why is Asian taste weird huh? What are you trying to say!?!?

Our final verdict of this place?

Come for the drinks. Leave everything else to fate.

Oh and I will also come here to play cheese with life boss so I can dominate her in this game. 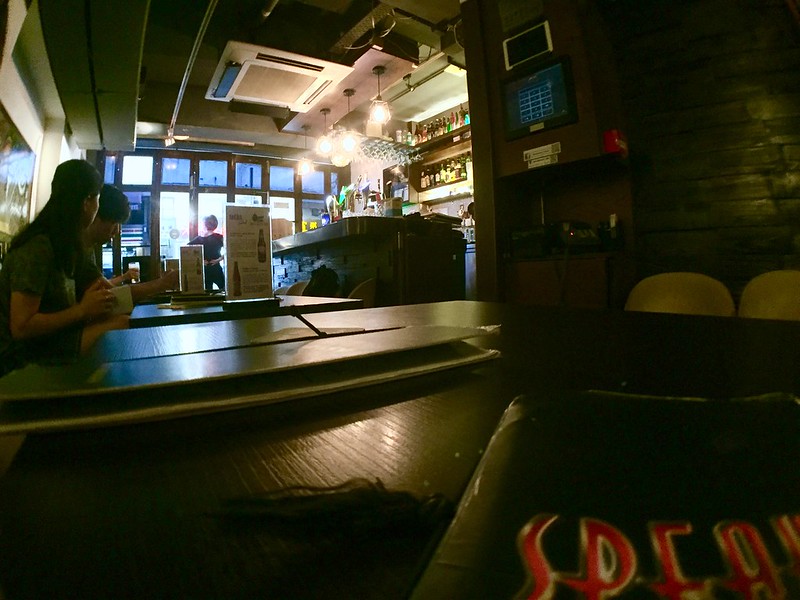 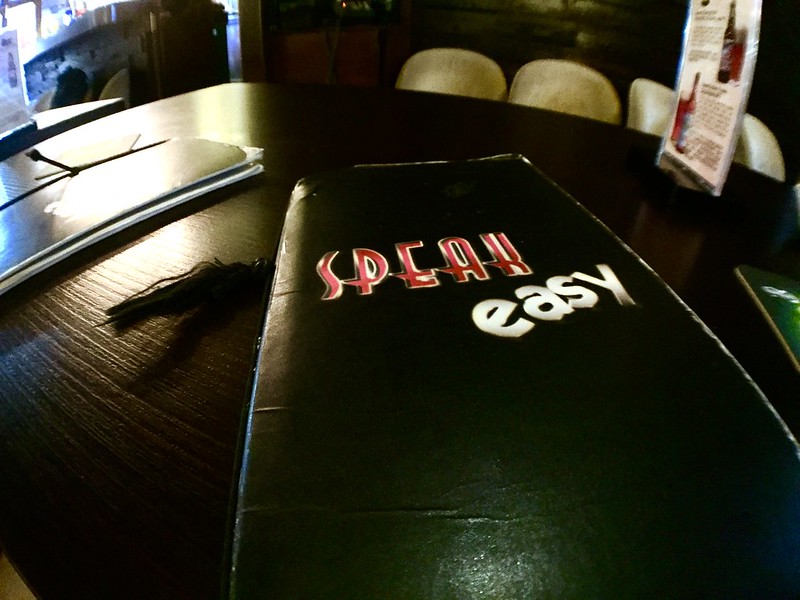