So what’s one to do when you get soaked (your sweat) the moment you step out of your apartment (or house if you are super baller)?

You go to a beach.  Like a beach in discovery bay.

What should you not do when going to a beach? Wear long pants and a black t-shirt. Since I am a dumb ass I did this and hated my life for three hours. If you also think I brought my swimmers to the beach you are wrong.

As such, the only thing we did at Discovery Bay, was to eat at this kick ass, fucking delicous restaurant called Zak’s.

Online this place has awesome reviews.

#1 per google reviews in Discovery Bay. So we lined up.

The line was huge, and I HATE waiting for food. We were about to leave when the waiter asked if there were any parties of 2.

Nobody in front of us had a party of two.

We had a party of two.

FUCK YES! Raised my hand and ran to the front like a motherfucking champion. Life boss was probably not impressed but what you gonna do about it.

I got the delicious beef burger because I was hungry and haven’t had a burger in a long time.

This burger was huge!!! 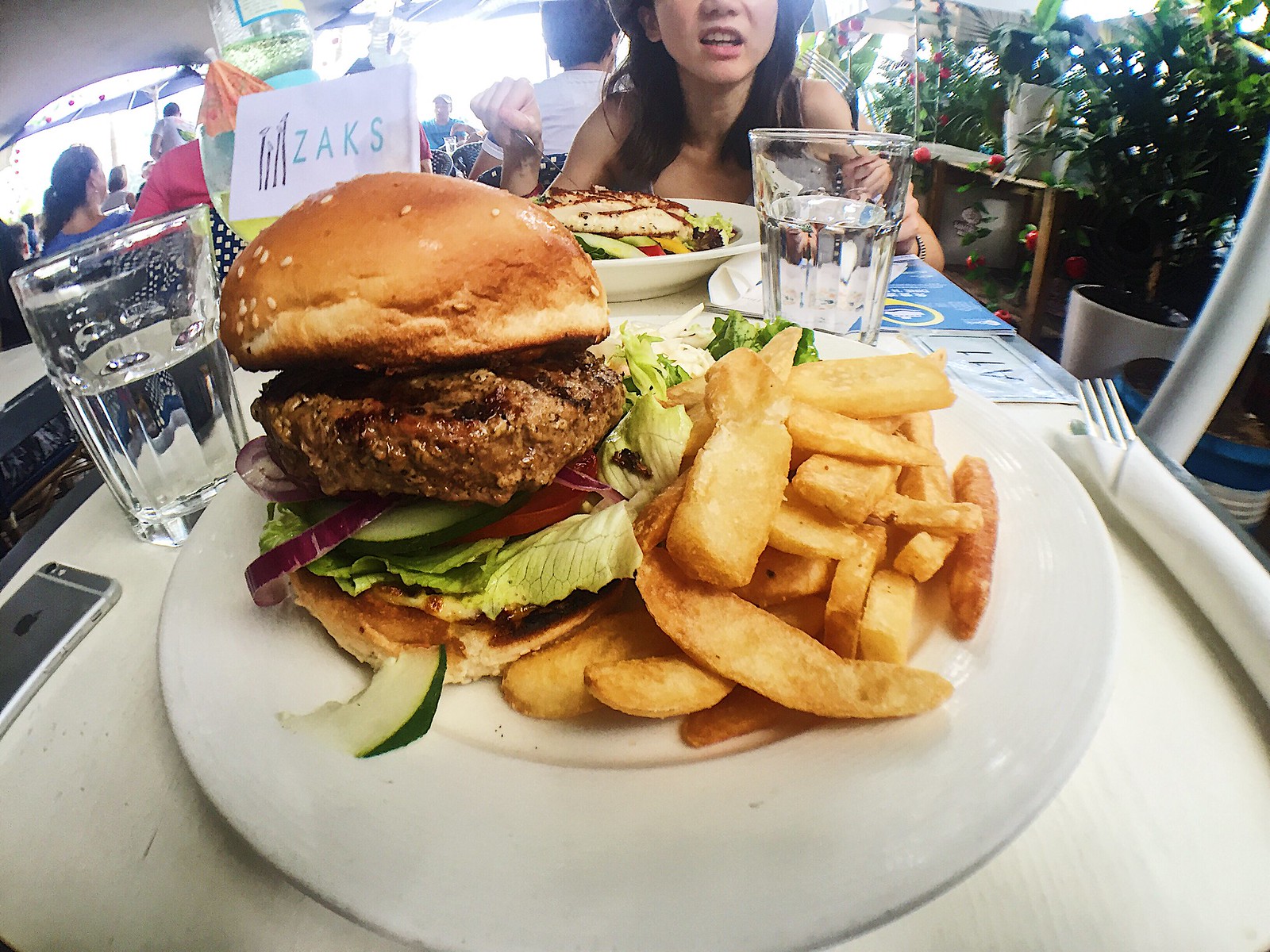 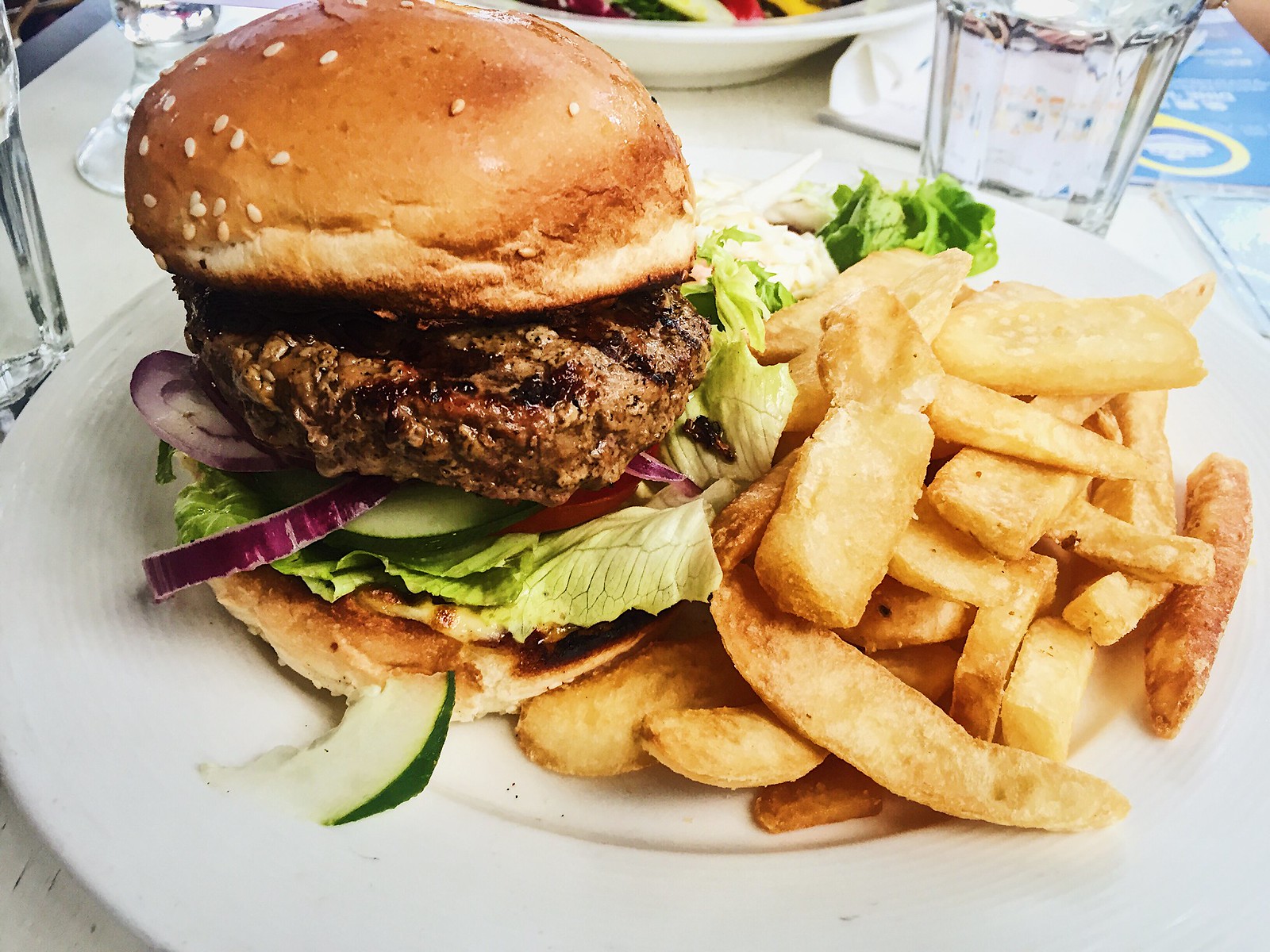 Not impressed. But the burger was impressive overall, and good bang for the buck. Fries were super amazing too.

The life boss had a salad because she likes to be healthy. The chicken was pretty good. 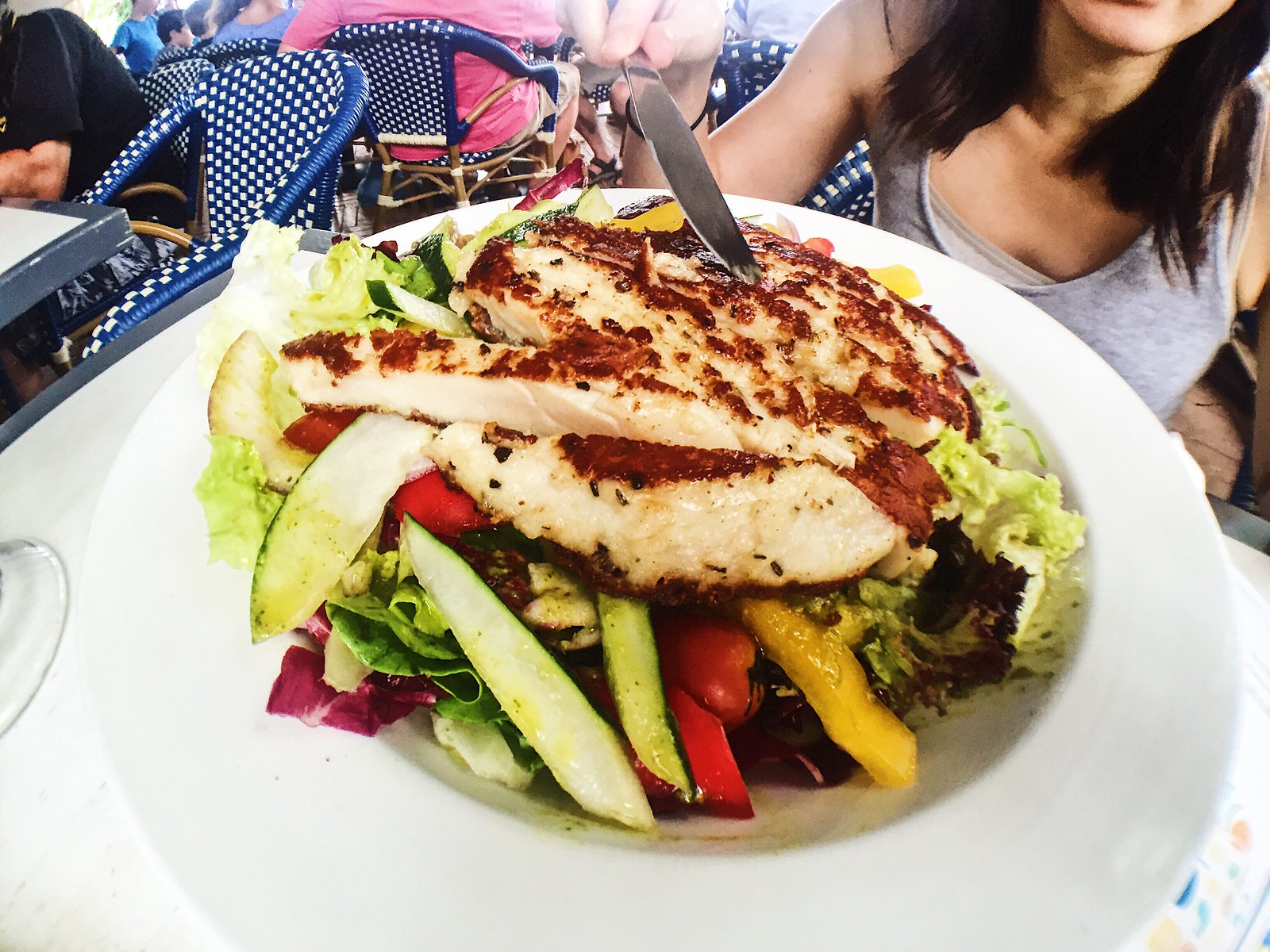 Super good restaurant! Life boss and I said we should come back on the week day.  Hopefully we remember!