We are in Toronto!

Or were by the time you read this hahah…

But that’s right! In Toronto to pass a proper Christmas. A very cold Christmas that is. But whatever, home is home.

First day we were super jet lagged which meant we woke up at 430AM. But in Toronto nothing is open at that hour so we decided to work out till the sun came out (which was around 530). Once civilization started to wake up we started thinking of where to go for brekky.

We were staying near Brookfield place so why not try Marche? A restaurant I used to go to when I was working in downtown.

Marche is like a market of sorts, where you can order from different food stalls. They then make the food in front of you so I guess it’s sort of fresh.

Yes definitely one of my favorite places.

For my brekky I got the small Canadian breakfast which includes eggs, bacon and mushrooms: 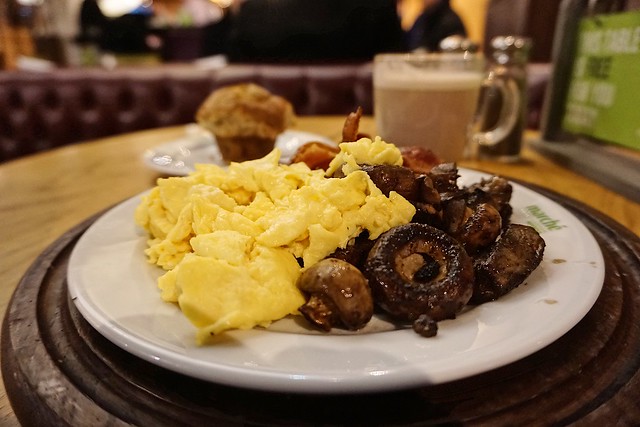 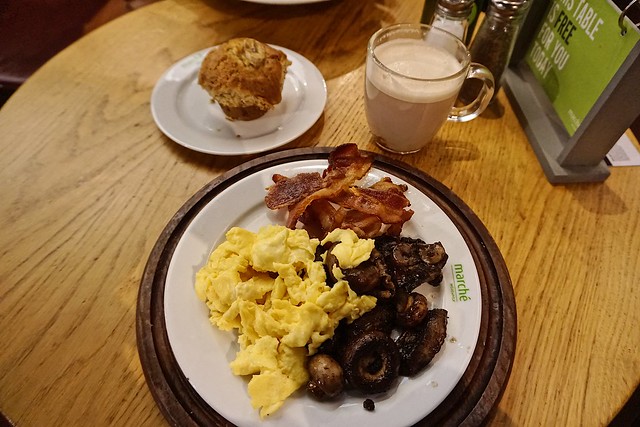 The name may be small but definitely the portions was not! Only complaint was the food was not too hot. Guess it’s been sitting around for awhile…I thought they were supposed to make it on the spot…sigh..fail of an order I guess.

Life boss got the Savory Crepes. Basically tons of vegetables with salmon (which I told her to add). Damnnn this was sooooo good. Made me soooo jealous. Wish I ordered the sammmme dish. 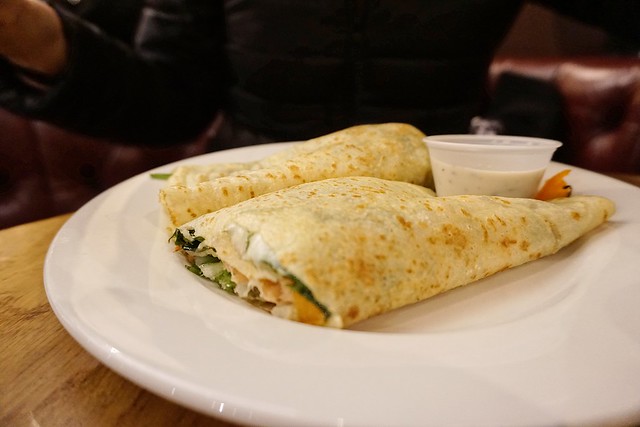 But to give me credit, I was the one that told her to add salmon. If she didn’t order the salmon, the crepe probably would not have tasted as good. So good on me.

I knew that was a signal to me that I should orders muffins. So I did. I got the banana muffin. Wasn’t bad, but life boss complained how they did not warm up the muffin.

Yeah that is a legit complaint I guess. 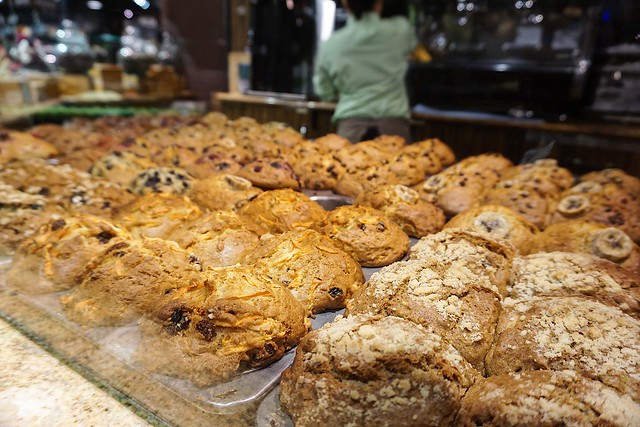 Overall, the breakfast was really good with Life Boss’ savory crepes taking home the championship (of course with my major assist in the salmon).
Marche is a bit expensive, which explains why most of the people here during breakfast were all business people. Most of them were still there at 10AM, some people don’t have to work I guess.