I worked from home in the morning because I deserved to get some rest.

I have been working like crazy so thought I should sleep in a bit instead of waking up early. Well that was a fail because I ended up working more today. Life of a consultant I guess. At least I got to do some housework. 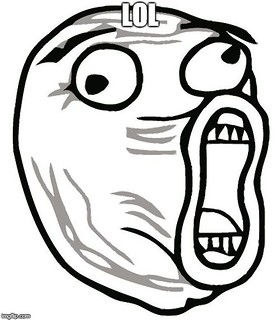 Who am I kidding. I didn’t do no housework. Choi is one of the laziest person you know. But then I work like crazy at work. Something doesn’t add up. I think I work hard at my career (or at least my job), but when I come home I just want to relax. But life boss keeps yelling at me saying I don’t do shit at home. Which is true. Okay, going in circles now.

So, I worked from home in the morning. And then 12PM hit. You know what that means, it’s time to eat lunch! I struggle a lot thinking of where to eat. There’s limited options around my condo (meaning 1 minute walk). But since I had to go back to the office I decided to go a bit farther, to Queen street and ….. portland street? haha I don’t really know. I didn’t have a restaurant in mind, but then I saw this restaurant that said New York Subs & Burritos: 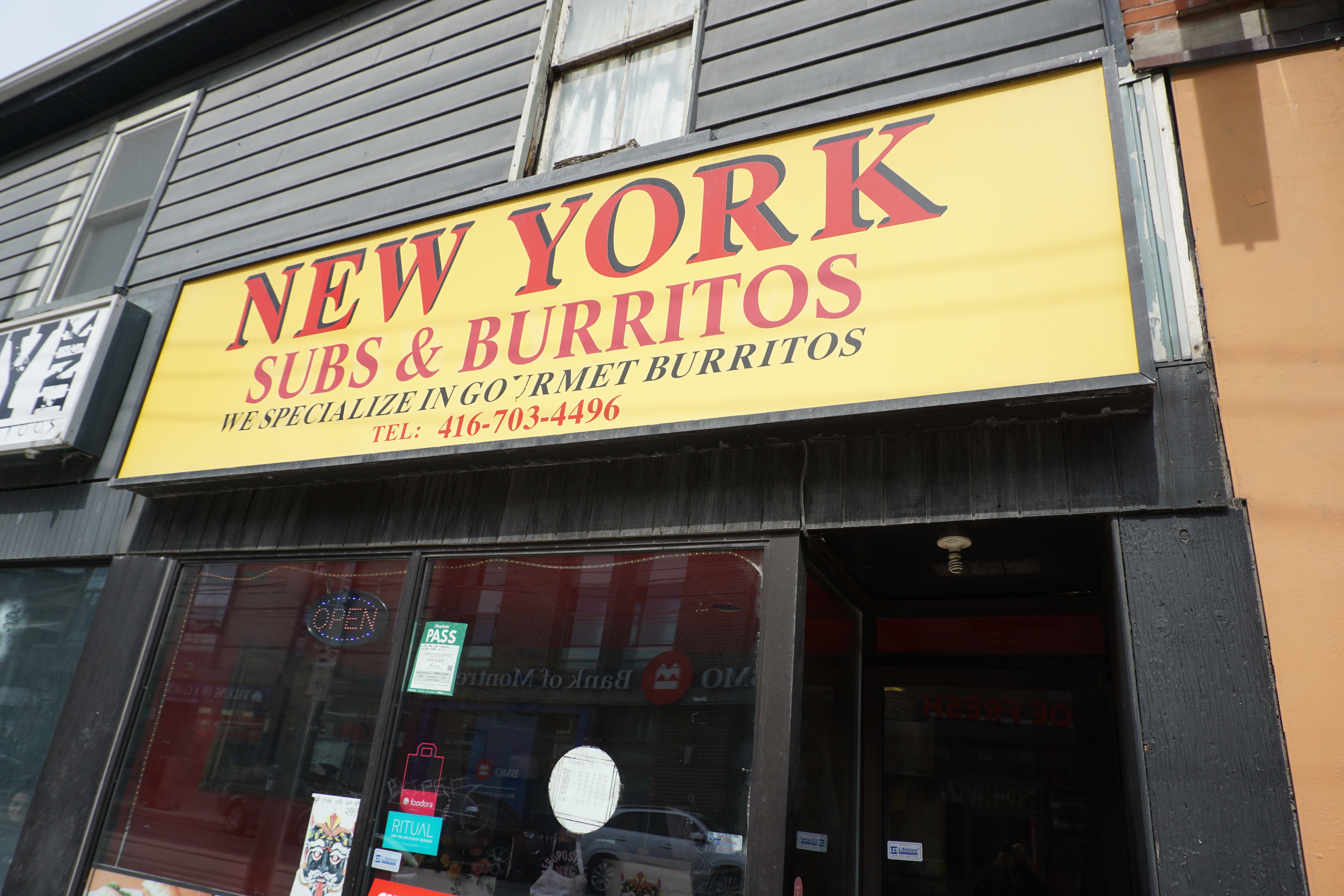 What was super jokes about this place was that it was right beside a Subway restaurant. You know that chain restaurant that supposedly sells fresh, healthy food but then got busted when the public found out it wasn’t really that healthy? Yep. I thought that was pretty troll of this place. 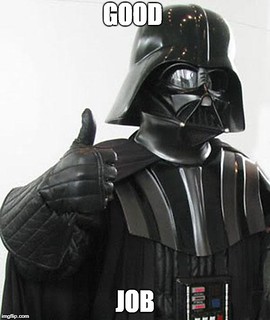 I did a quick google search and the reviews were half decent. I was originally going to eat some KFC but man this blog needs some new Toronto entries so I said “fuck this shit let’s try something new.”  So in I went to this no frills, down to earth, run down restaurant. 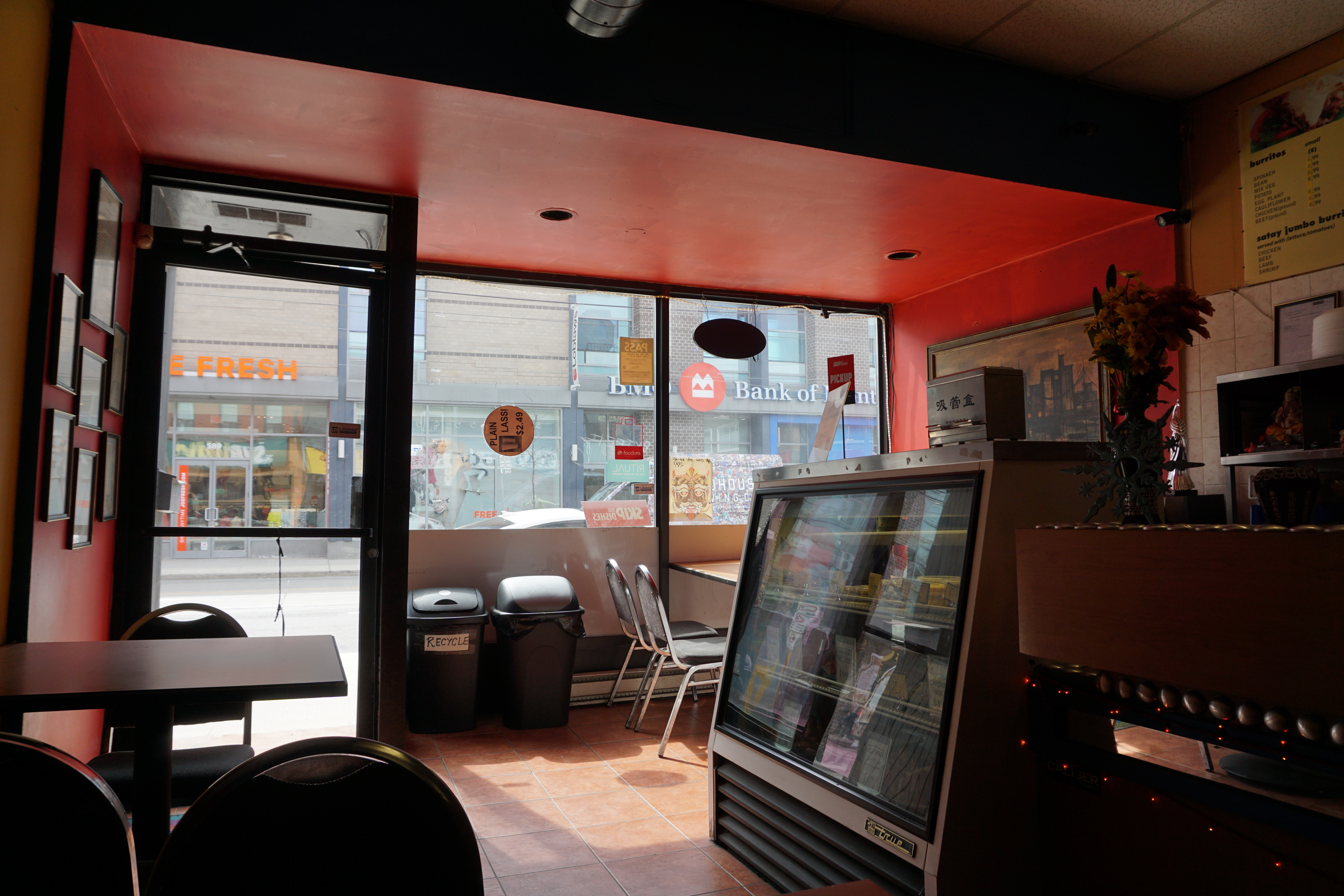 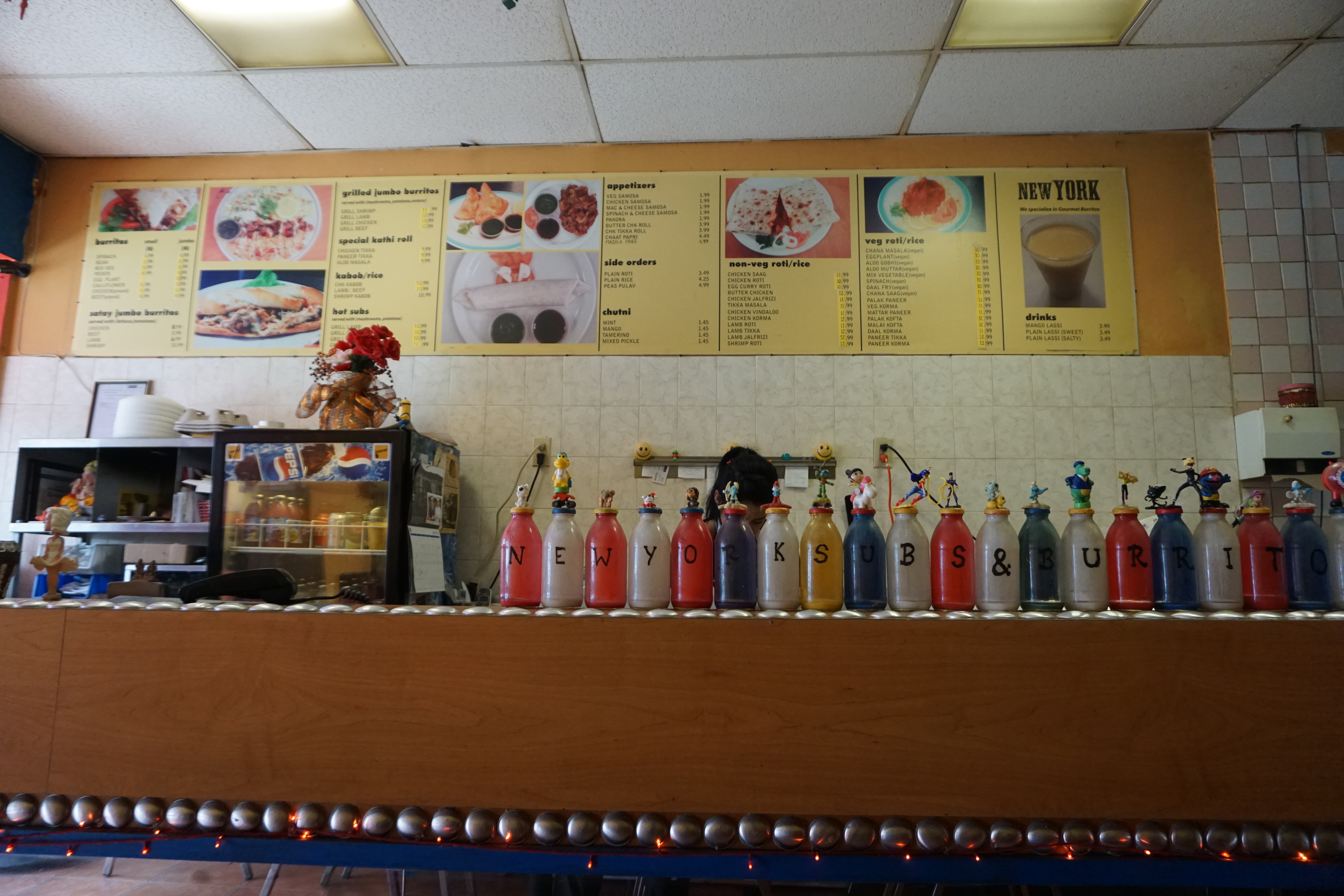 I wasn’t kidding when I said this place is no frills. Don’t think they decorated this place for a godzillion years. It was also empty so I was a bit worried I was going to get some shitty food. I looked at the menu for about 35 seconds, and decided to get a chicken burrito. This friendly old lady (who was both the chef and the cashier) asked if I wanted spicy. YES I DO. I LOVE SPICY MAN!.

She said okay. Please wait 5 minutes. So I sat my ass down, watched some sports debate show and waited patiently. Then it came, le burrito: 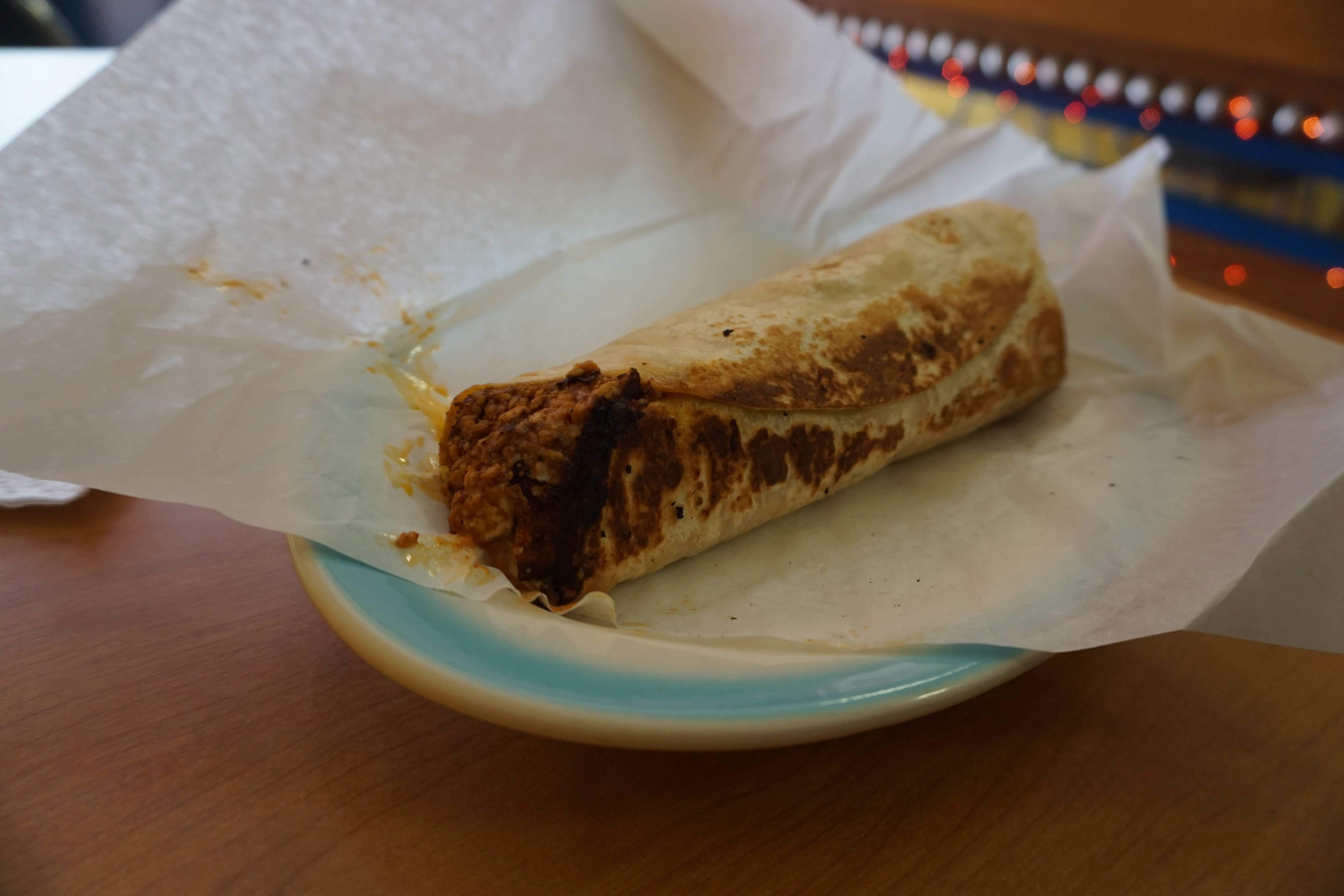 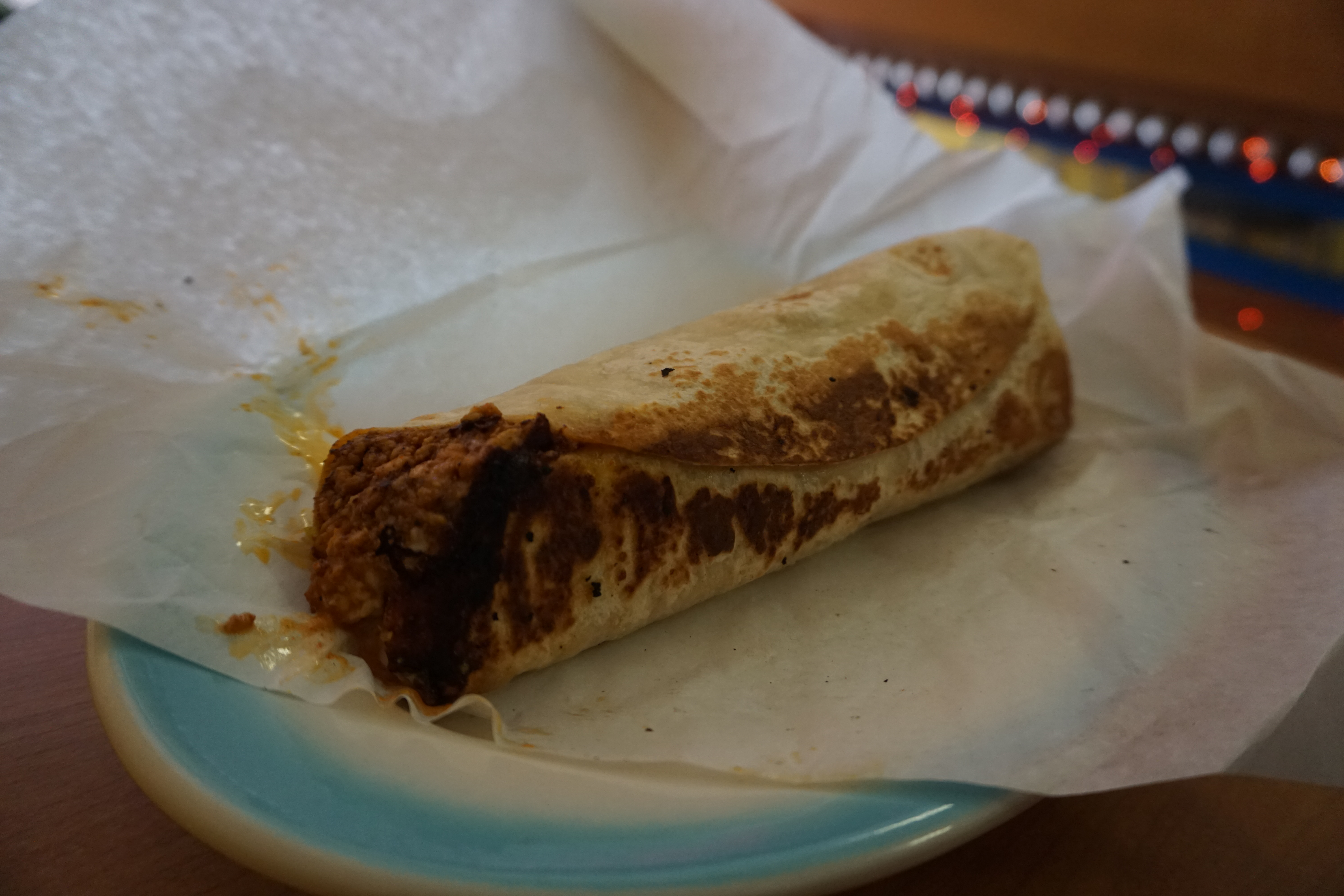 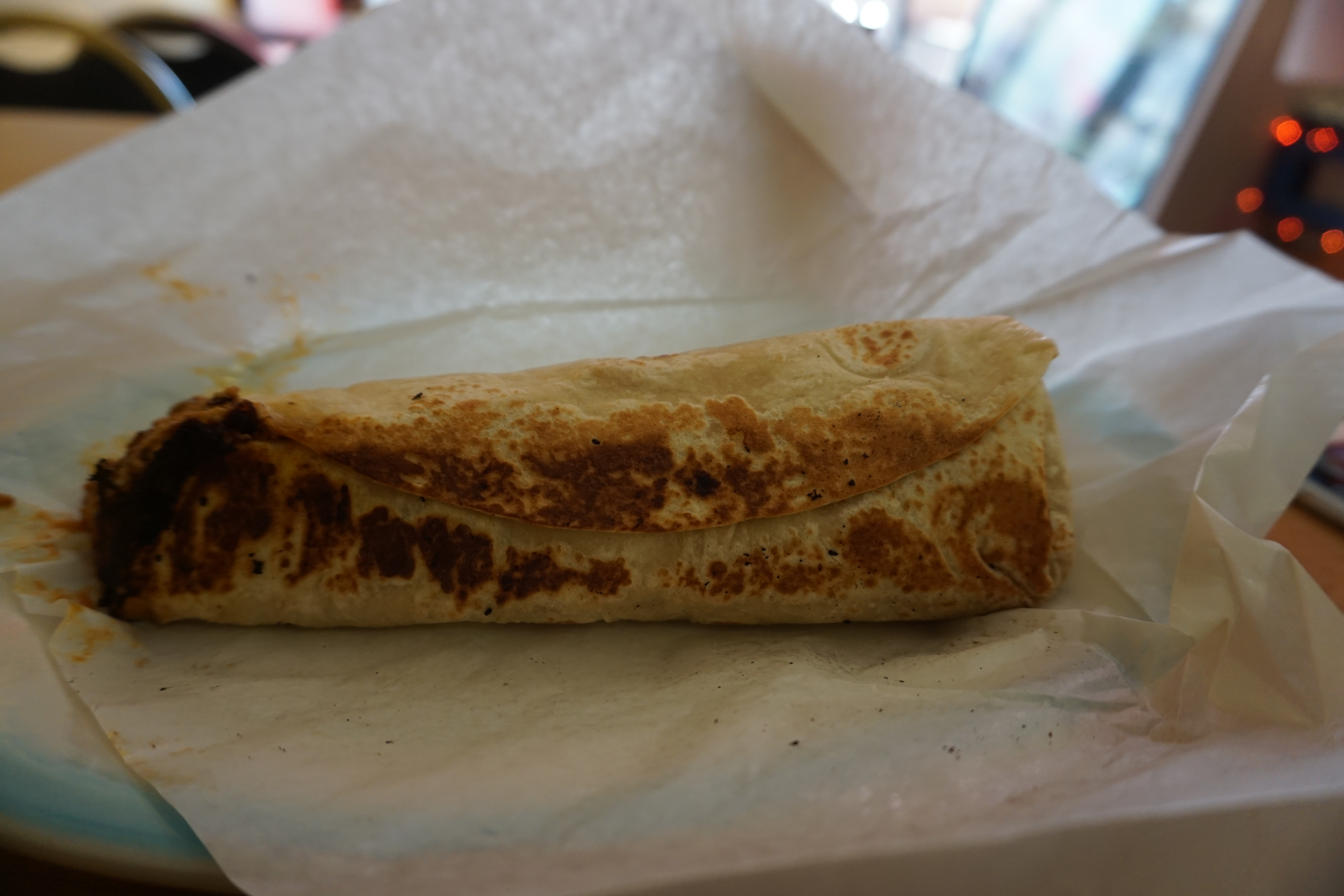 I apologize for the shitty lighting and angle. I am too lazy to make edits to the pictures, and I don’t have camera skills when it comes to angles. So you just have to live with it. How was the burrito you are asking? Slightly above average, definitely not a OMG I MUST COME BACK kind of restaurant. Pretty cheap too, was only 6.99 for a small which you can’t find anymore.

Not sure if I will come back though……