You guessed it! James Bond!!!

OK.. a bit too enthusiastic.

Which version you may ask (because you know there are many versions), well I don’t know.  Okay I just googled it, its from the 1974 version “The Man with the Golden Gun”.  Okay…that’s old. 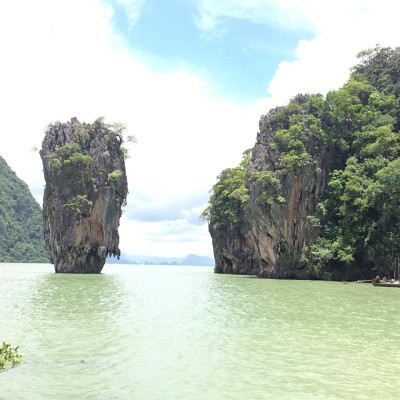 I don’t know what that movie is about so I can’t tell you what the scene was.  Enough of James Bond.  The real name of this island is called Ko Khao Phing Ka island.

That was hard to say, no wonder people refer to James Bond Island.  This is a pretty unique island in that you actually see two hills leaning on each other.  Let me show you a picture before explaining further: 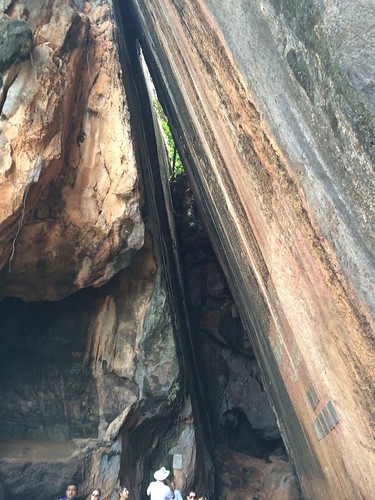 I don’t know the exact science or history behind this, but I presume it has something to do with erosion of one of the hills.  This was kind of cool.  Getting here requires a boat (either speed boat or a long boat).  The port of the island is quite gorgeous, and I recommend spending some time here as well, meaning don’t just spend all your time on the James Bond Island and the leaning hills.  Here’s a picture from the port:

We got lucky as it was a gorgeous day too (it was rainy season during our time in Phuket).  You will also find a lot of tourist shops here, but we were told by our guide that buying gifts from the floating village will be better quality, and cheaper as well.  So remember that if you come visit this island!