Cafe Mondial is a italian / Mediterranean restaurant which was close to our hotel.  We didn’t want to venture far nor did we want to eat at a restaurant that was on our to eat list because Daisy was sick like no tomorrow.  Think she caught a flu.  It’s all good.  Me and Julie still had to eat, so we went and walked around and came across this nice restaurant with a beautiful patio. 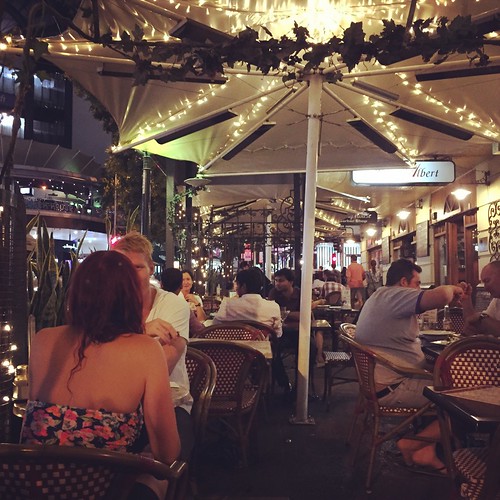 I really miss patio meals.  Hong Kong does not have space for us to have a patio.  Sigh.

Let’s get down to the nitty gritty.  I had a dish that was basically a mixture of chicken and tomato sauce.  Wasn’t bad, the chicken was juicy so thats a plus.  Wasn’t AMAZING if you know what I mean, but it did the trick.  She got the fish, said it wasn’t bad too.  I wouldn’t know because I didn’t try it. 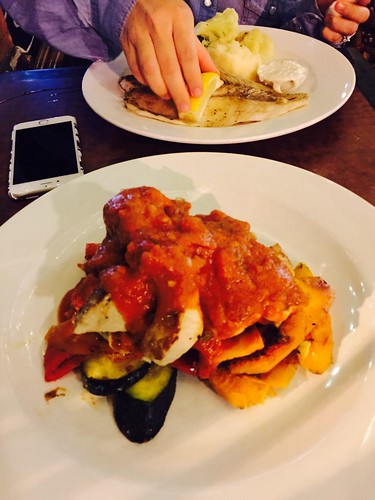 Now, I did order this beer called “Creatures” which is a local beer.  I have been told I need to try it because it’s delicious.  So when the waiter told me there was creatures i said “YES PLEASE NOW ONE”.   He didn’t seem shocked, probably because I was asian and we are all loud.  haha joking.  That didn’t really happen. 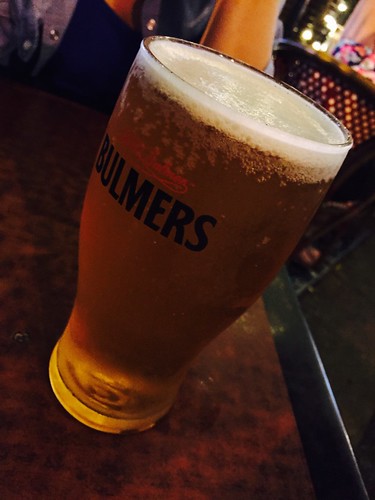 That’s the beer that came. It was delicious.  Think…IPA? But not quite IPA….I don’t know,  How do you even describe beer.  It was just good.  So here’s a recommendation, if you ever go to Australia have a pint of creatures!  You will not regret it.

Now as you can tell from the first picture, this place seems pretty romantic.  And I guess it is with all the lights and stuff.  So..I guess you can bring your partner here.  It would be a nice date idea no?  I think so.  Maybe next time =p 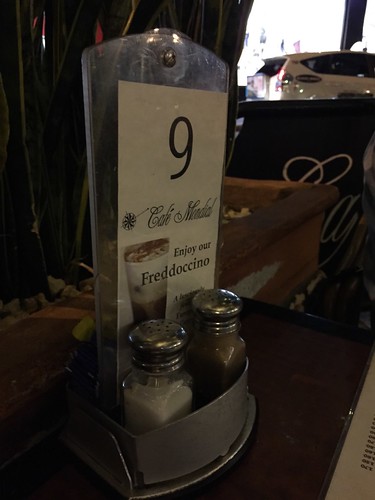 Cafe Mondial!! (I don’t know how to pronounce that)