One thing I love about working in Australia is the fact that jogging outside is a treat.  Compared to HK where I am basically jogging with cars, here in Aussie I get 1) Fresh Air 2) see birds 3) Have space to actually run.  That’s why I was very pleased to know there was a botanic gardens near my hotel.  So, I put on my runners and started to do some jogging!!! 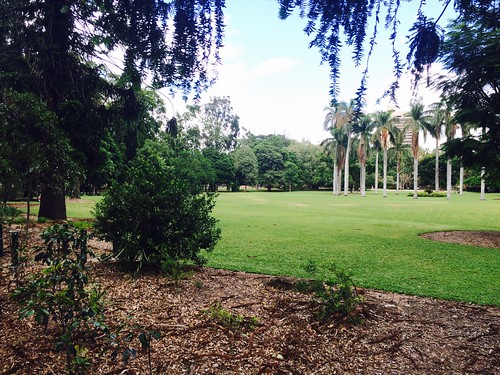 The botanic gardens itself is not that huge.  I was able to cover the entire garden in about 30 minutes with light jogging, which is a mixture of walking and jogging (mostly walking hahaha).  Just when I was about to leave the garden, I saw this pathway.  And people were walking on the pathway….into the light……I am trying to be mysterious here…… 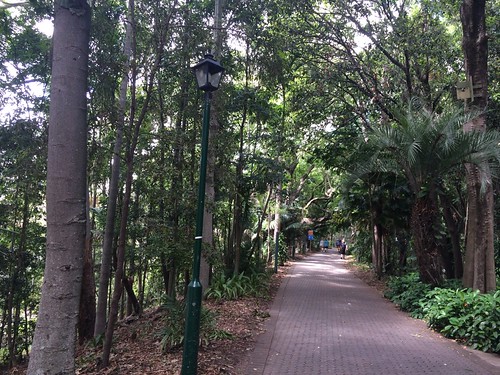 Curious…I decided to walk along the pathway to see what adventures awaits on the other end.   I ended up crossing a bridge, with a fabulous view of Brisbane!  I don’t know what the bridge was called, all I know is you get to see both the south and (i guess north? banks).  I like the (North banks???) more because of..the buildings… 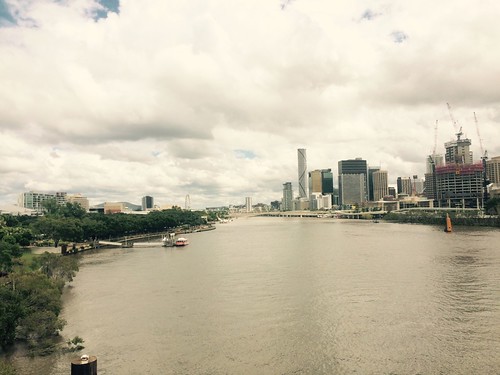 Gorrgeous.  You know what con is when you jog along such beautiful scenery? Is you end up walking, instead of jogging / running.  I mean..you want to take it all in right? hehe.

Jogging back, I found out another pathway where I got to run alongside the river  bank.  Man, I miss the times where I would run along the pier in downtown Toronto.  I really need to stop going back during winter.  I need to back in spring/summer, so that I can jog and then have a beer by one of my favorite restaurants in the Toronto Riverfront.  Of course I totally did not remember what it’s called, I really need to blog more about Toronto.

I digress.  Here’s what I was jogging beside on my way back to the hotel: 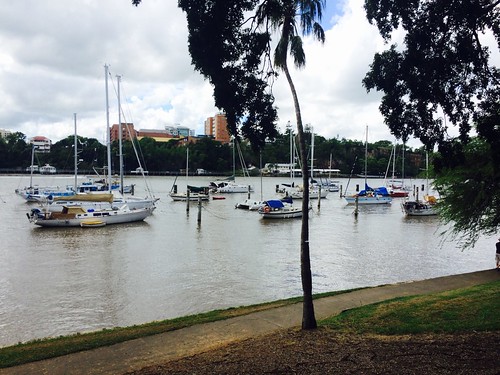 Have A GREAT SUMMER AUSTRALIA!!!!! (Summer in Feb, lucky people).