Yes…..you read the title right…..we ate frog legs.  Being chinese, you would think I would have eaten a lot of weird stuff already.  Wrong! 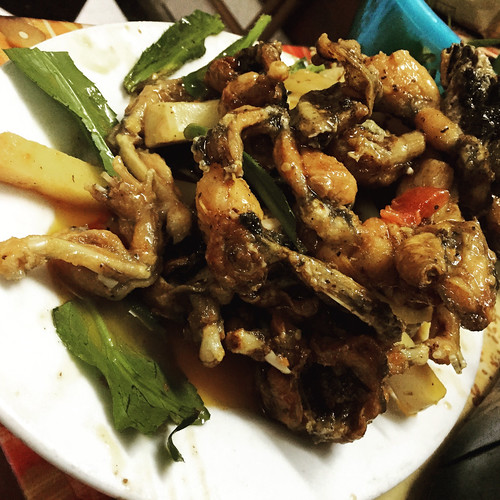 I have never had frog legs before.  Let alone frog lets in a hotpot.

So the story goes, we were walking down the streets of Hanoi feeling adventurous.  We didn’t really have a goal in mind, nor did we have planned to go a specific restaurant in advance.  We just hopped onto a cab, and got off the street that had a lot of restaurants. 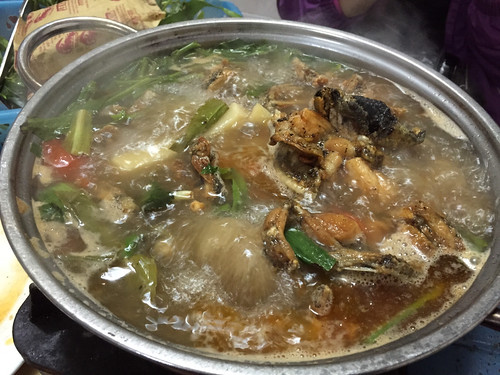 A lot of local restaurants.  Meaning there were no english menu, and talking to the staff would be a time waster.

We settled on a local restaurant that had hotpot.

We sat down, and was confused.  The staff stared at us like we were idiots.  I then randomly pointed to a the table next to us, which had a bowl of “meat”. 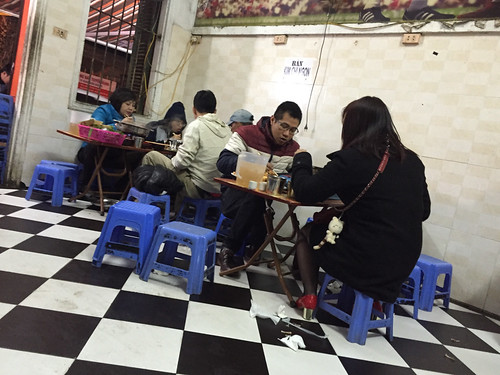 Little did I know we ordered frog legs.  Was it good? Yeah…it tasted like chicken…but don’t think I will have it again next time haha….