You know what’s even more cool? When they have the german version of curling in their backyard lol. 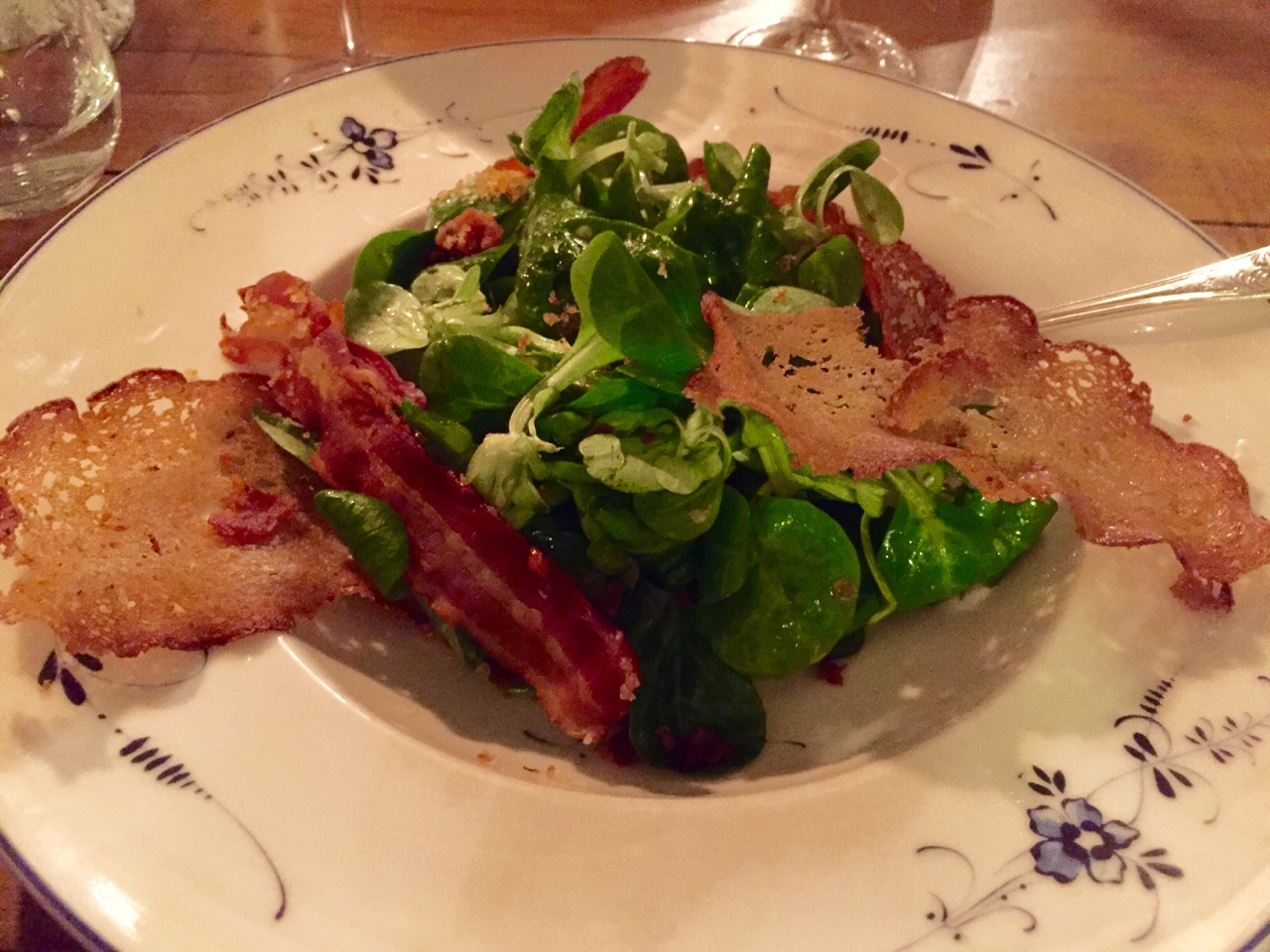 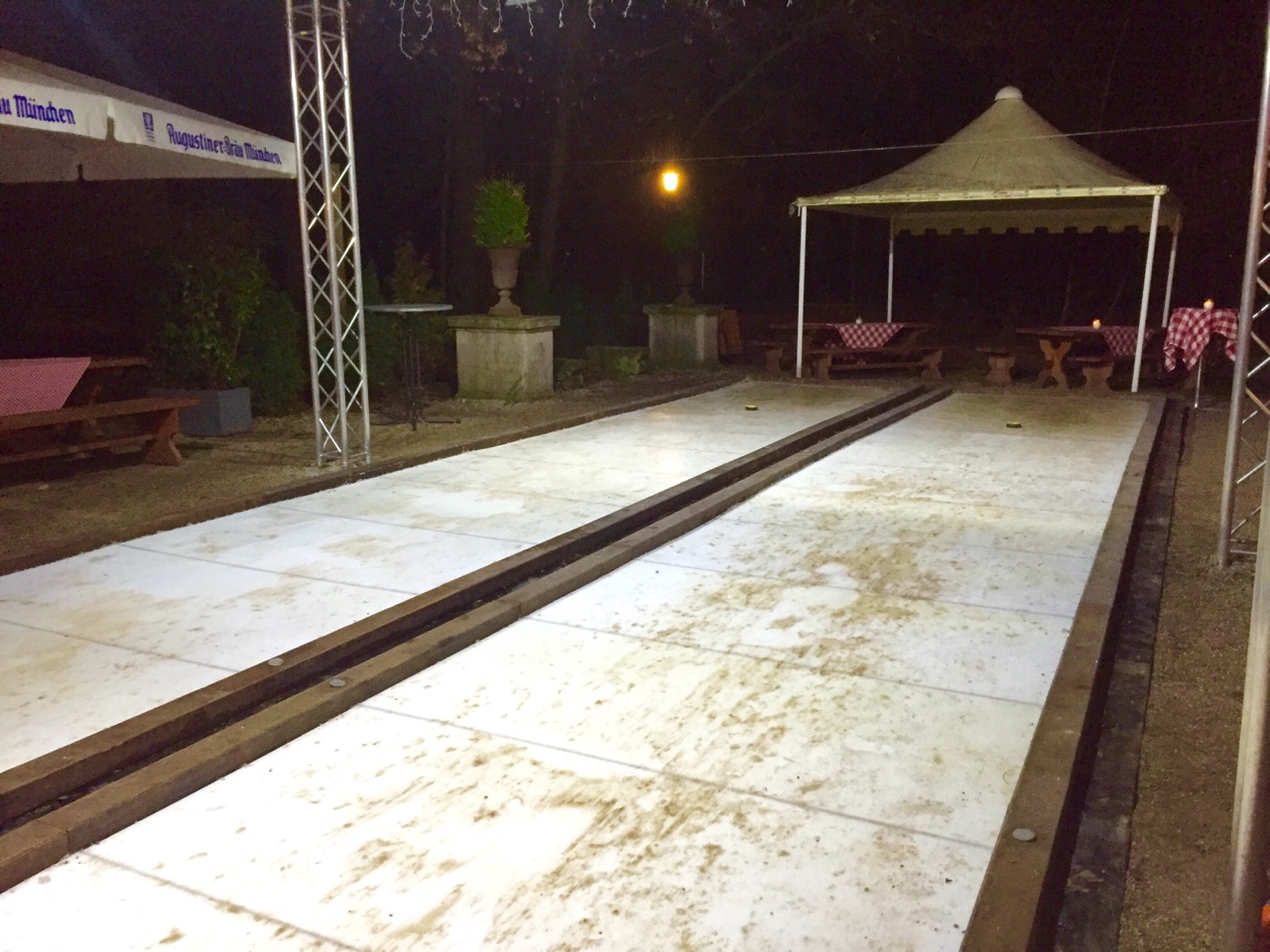 There’s actual curling lanes in the back of the restaurant. Part of the gimmick maybe? Not sure.  The restaurant is called “Zum Ferdinand”.

Spent about 2 hours out here playing before going to the actual restaurant to eat. The rules of the game is pretty similar to the curling I know (i.e. Canadian Curling). Instead of brooms though you just throw the “discs” as close as possible to the puck, which is on the otherwise.

It never hurts to exercise before a meal you know? 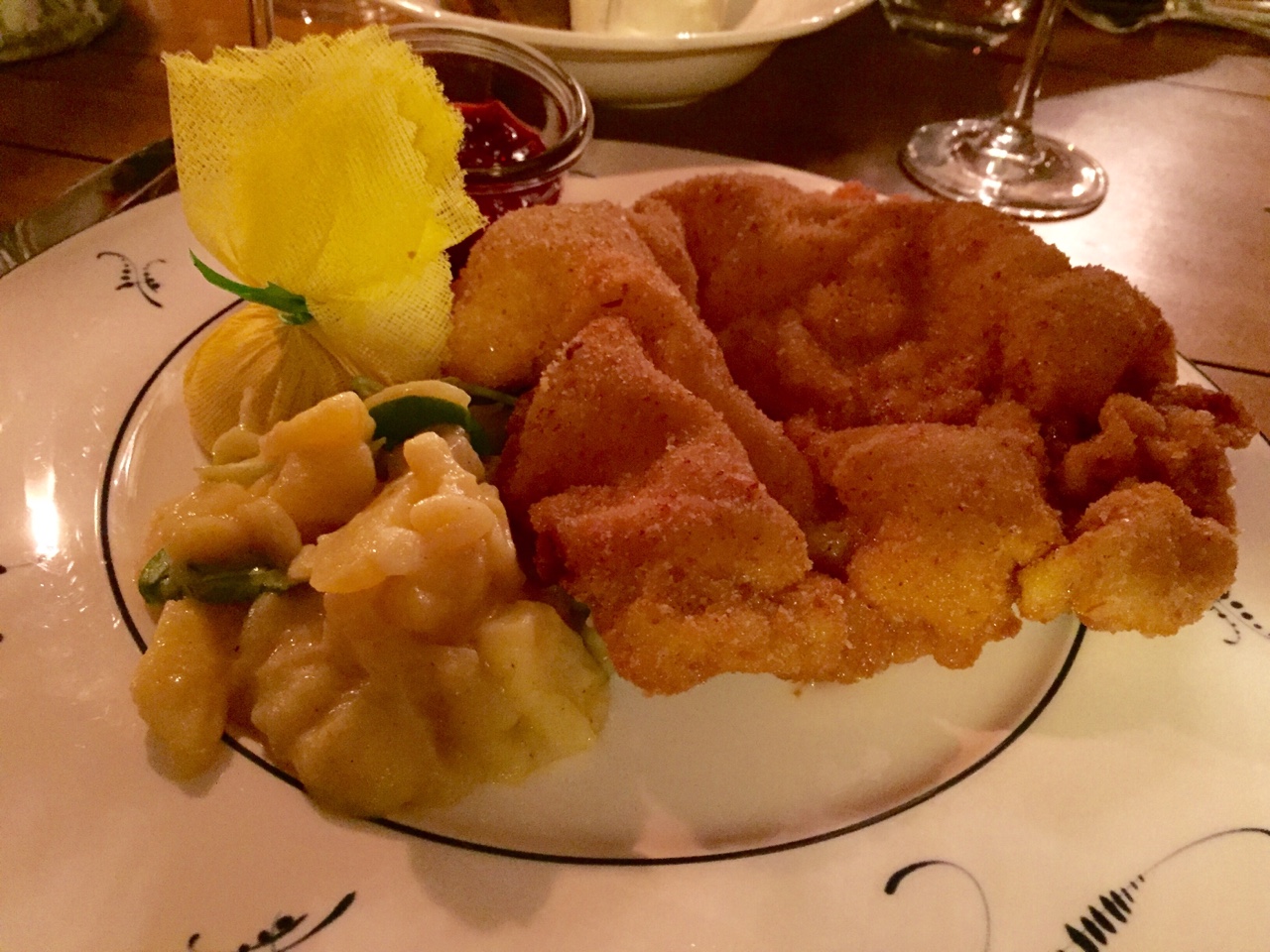 After about two hours we were starving and proceeded to go in. What I did get? Started first with an awesome kick ass bacon salad (see first picture). Then, got some kick ass chicken schnitzel. 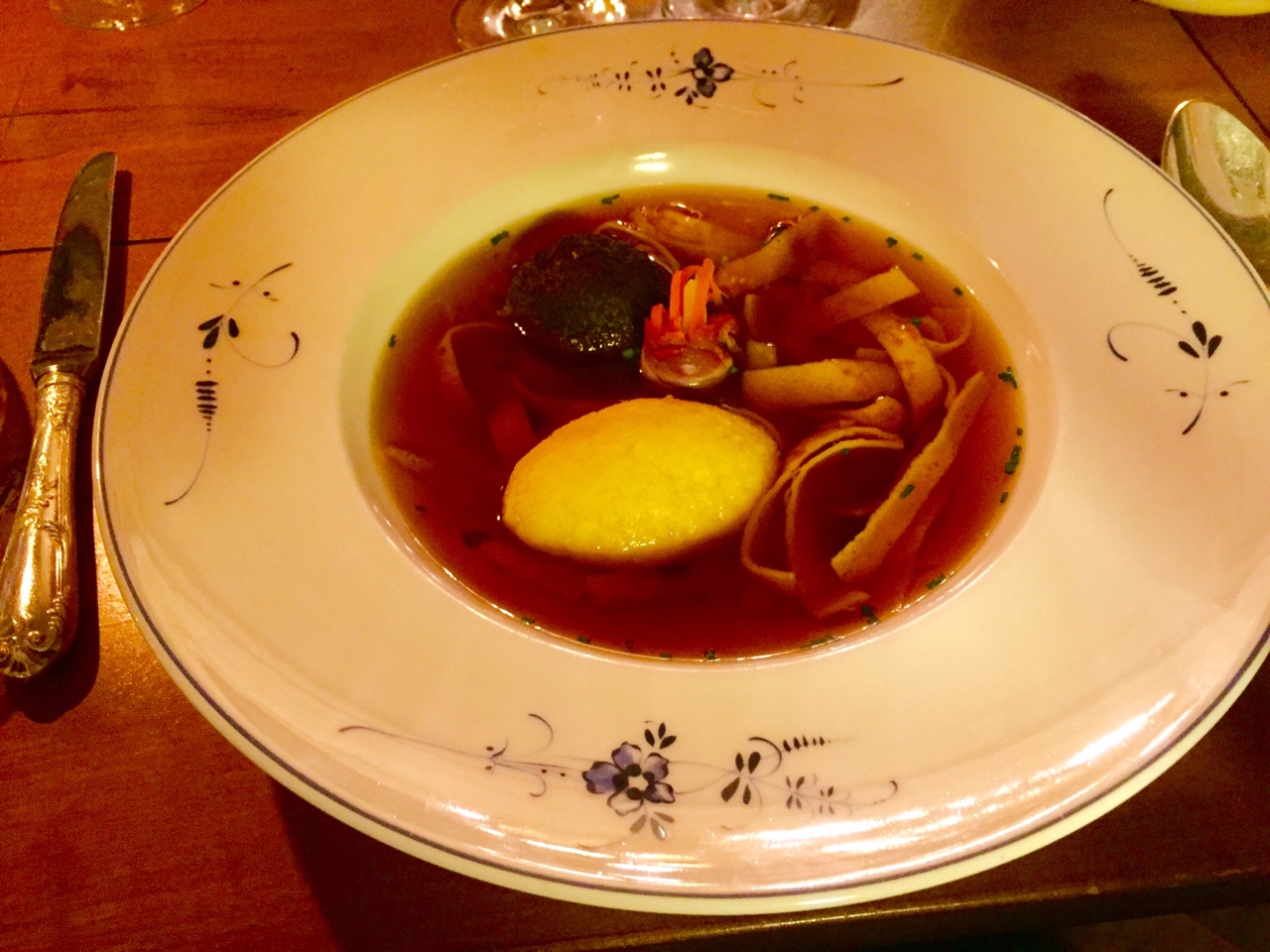 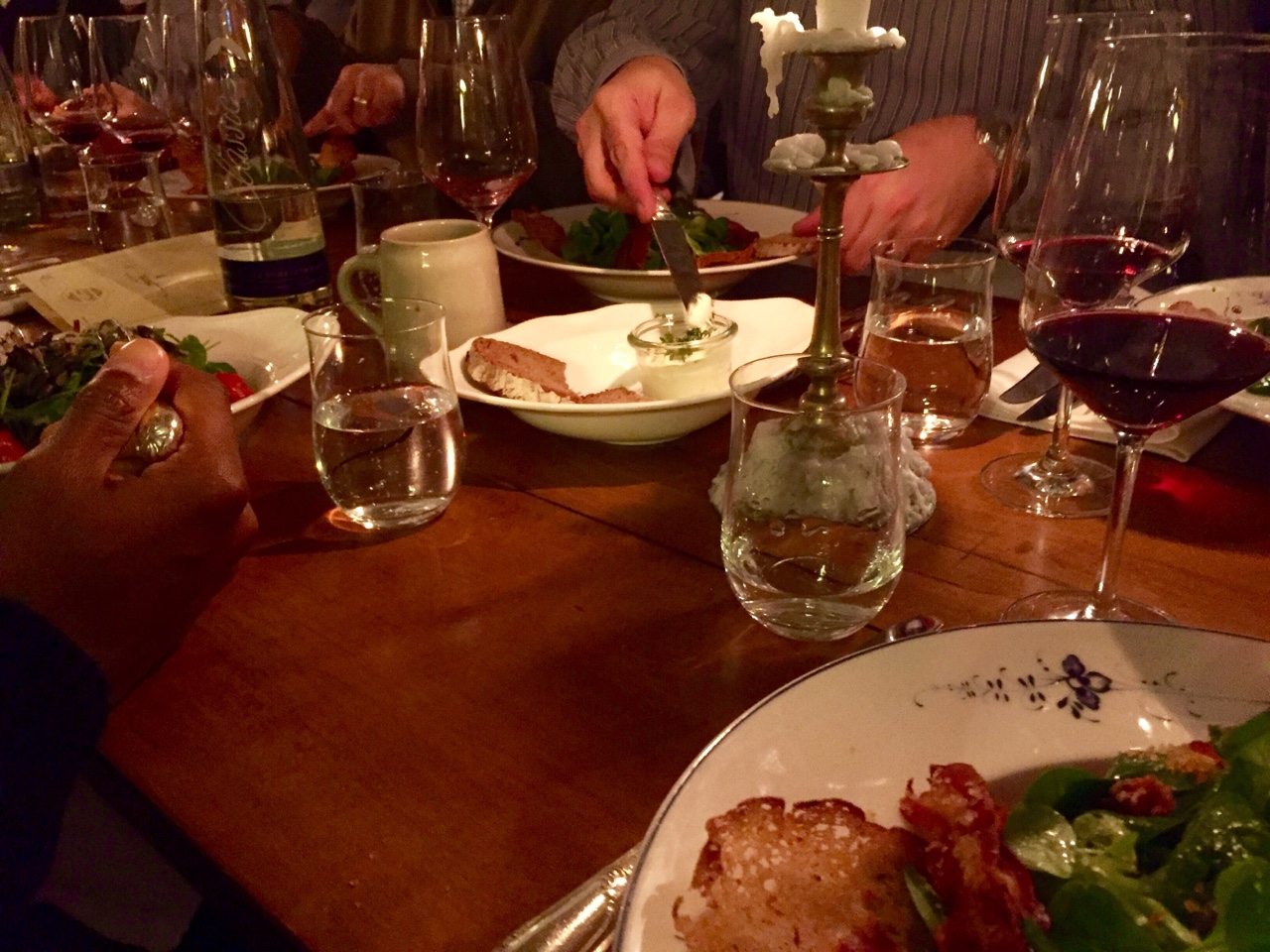 Wine..drank a lot of wine. 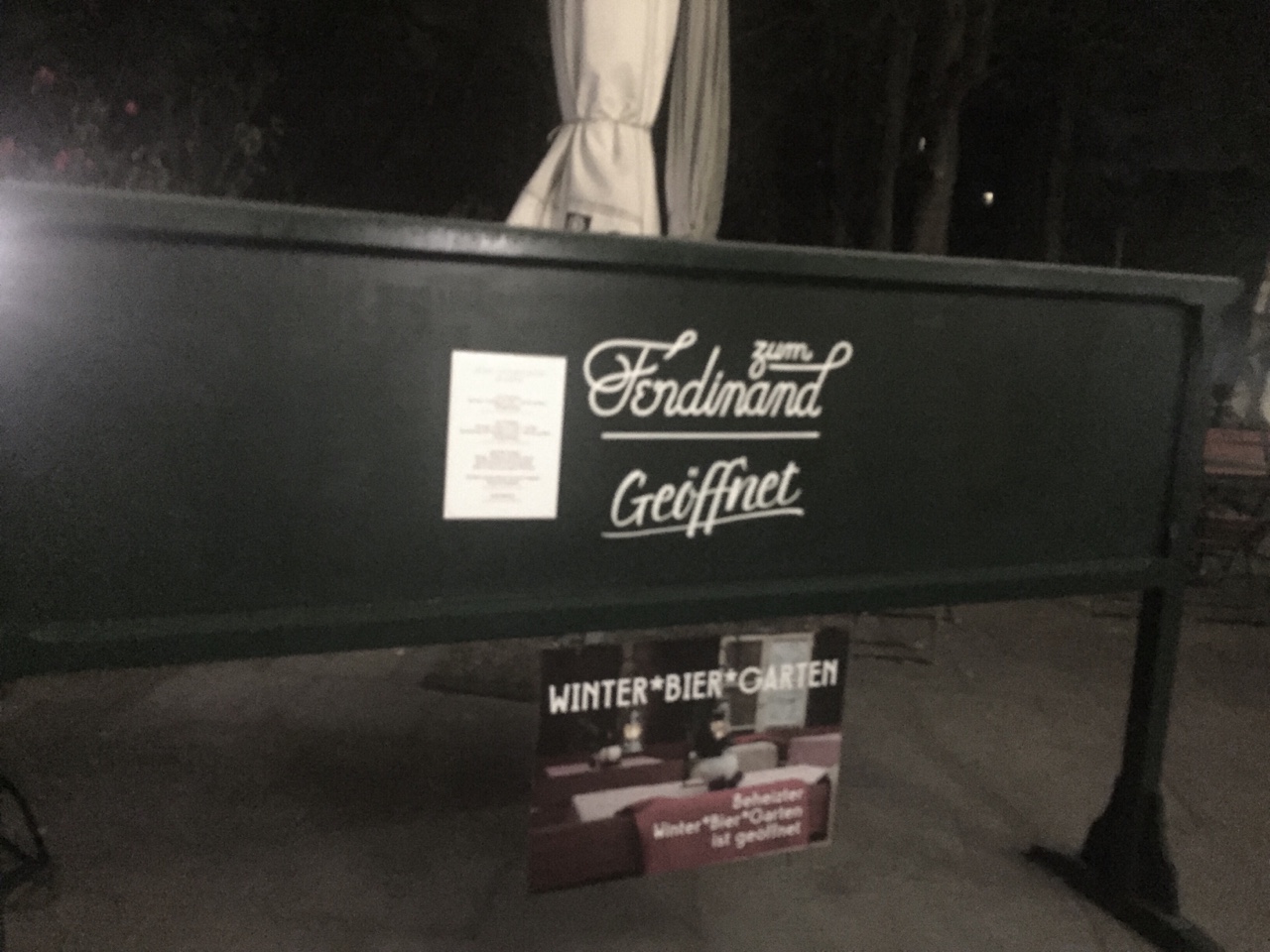 I don’t know why I took this picture.

It was a company dinner so don’t have anything bad to say of course! Great selection of restaurant, awesome pre-dinner activities, great food, great times!