It was a Friday night.

My friend wanted to go to this restaurant that sold Poke. Poke?! The shit that I loved so much in Maui? Why the hell not! Let’s do it. His girlfriend was working near our place, so we agreed to wait for her. She ended work at 8 which was totally fine, Choi wanted to get some exercise in because he’s getting fat with all the late nights that he’s been working. Plus that would mean he can work up an appetite. 8PM came, I picked up my friends life boss and proceeded to enter the address into google maps. A notification popped up. That restaurant was going to close at 9PM. 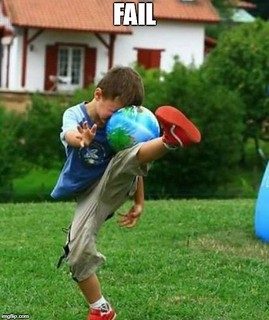 No way we were going to make it. So we decided to go to Sushi on bloor because there is literally no difference between Poke and Sushi. Arrived at Sushi on bloor and the place was also packed. Man what the hell is going! Desperate we looked at what was around and saw this bright ass orange restaurant called Japan Sushi. Fuck it. Let’s give it a try. 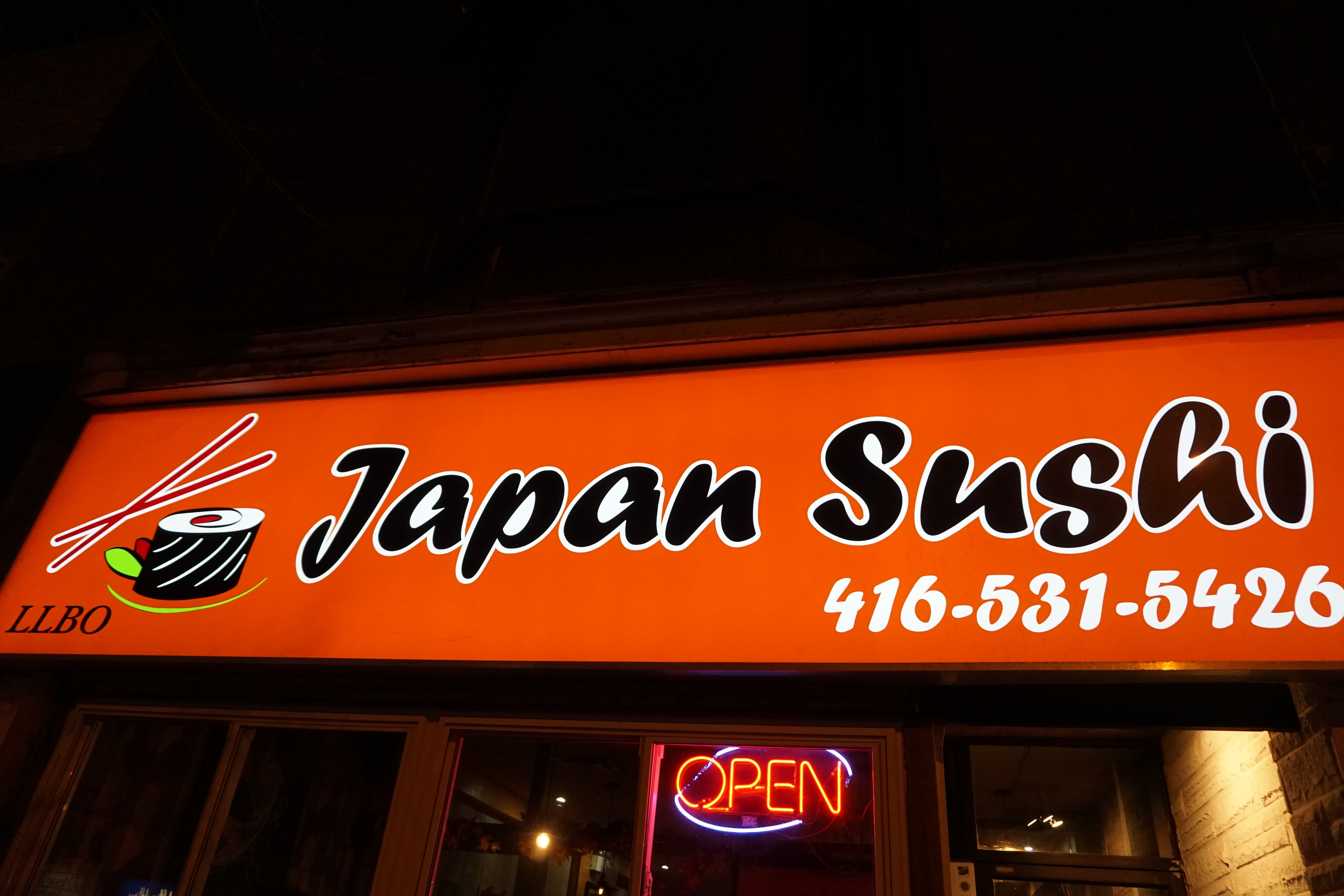 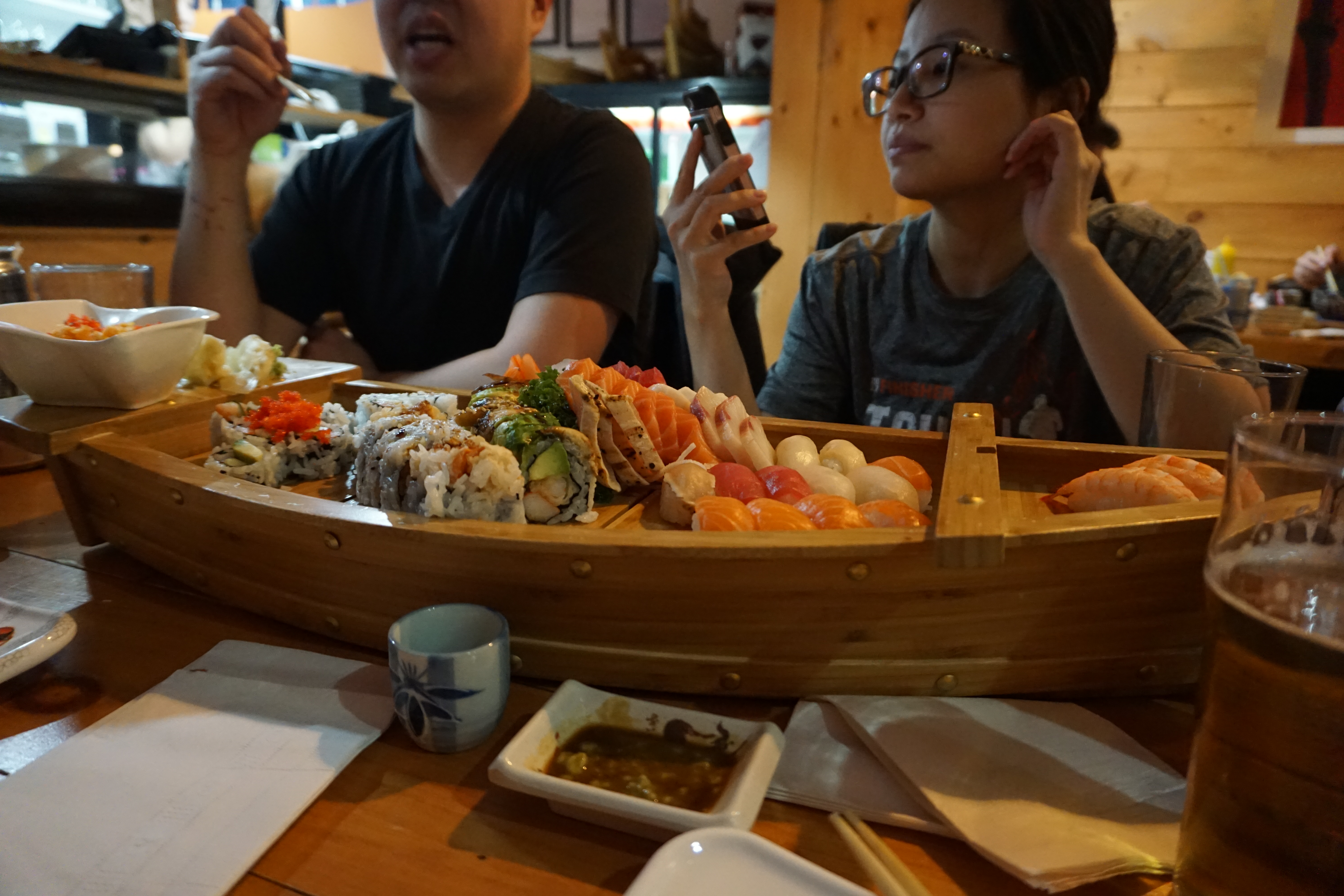 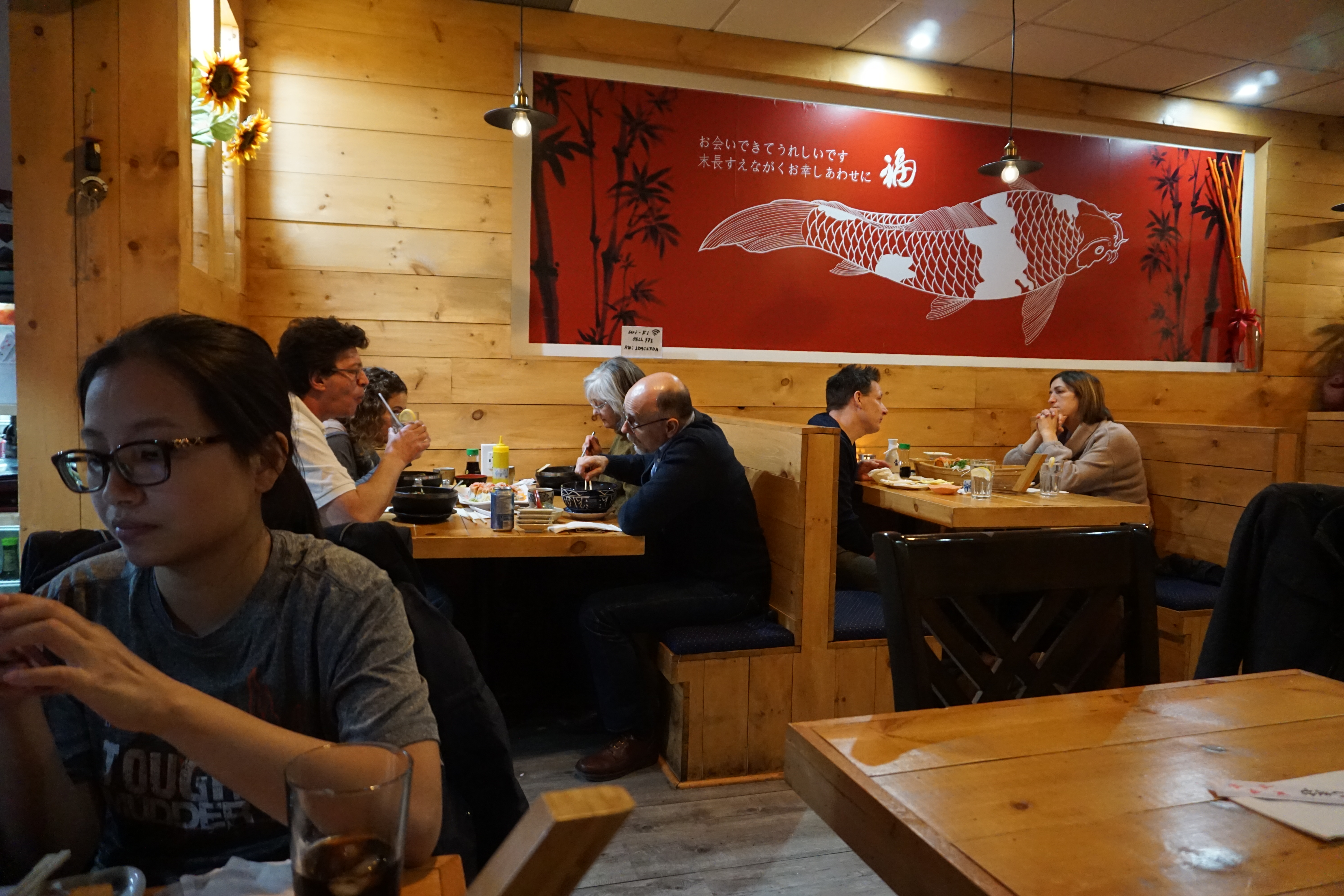 We sat down and I immediately looked at the reviews for this place. 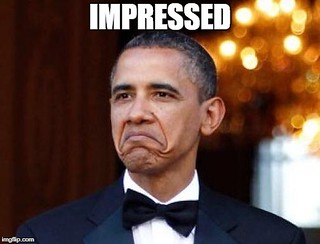 Even though I hate sharing, on this particular night I suggested that we did do exactly that. Not because I am a changed man. No. It’s because I want to eat that damn 55 pc sushi platter! Life boss also ordered dragon rolls because she likes to overkill everything. Okay now she’s going to kill me. I also ordered the seafood salad because I fucking like that shit. I had a moment of brain fart though as I forgot what it was called, so I told the waiter I wanted that green vegetable thingy….he probably thought I was dumb. Even life boss was shamed of me: 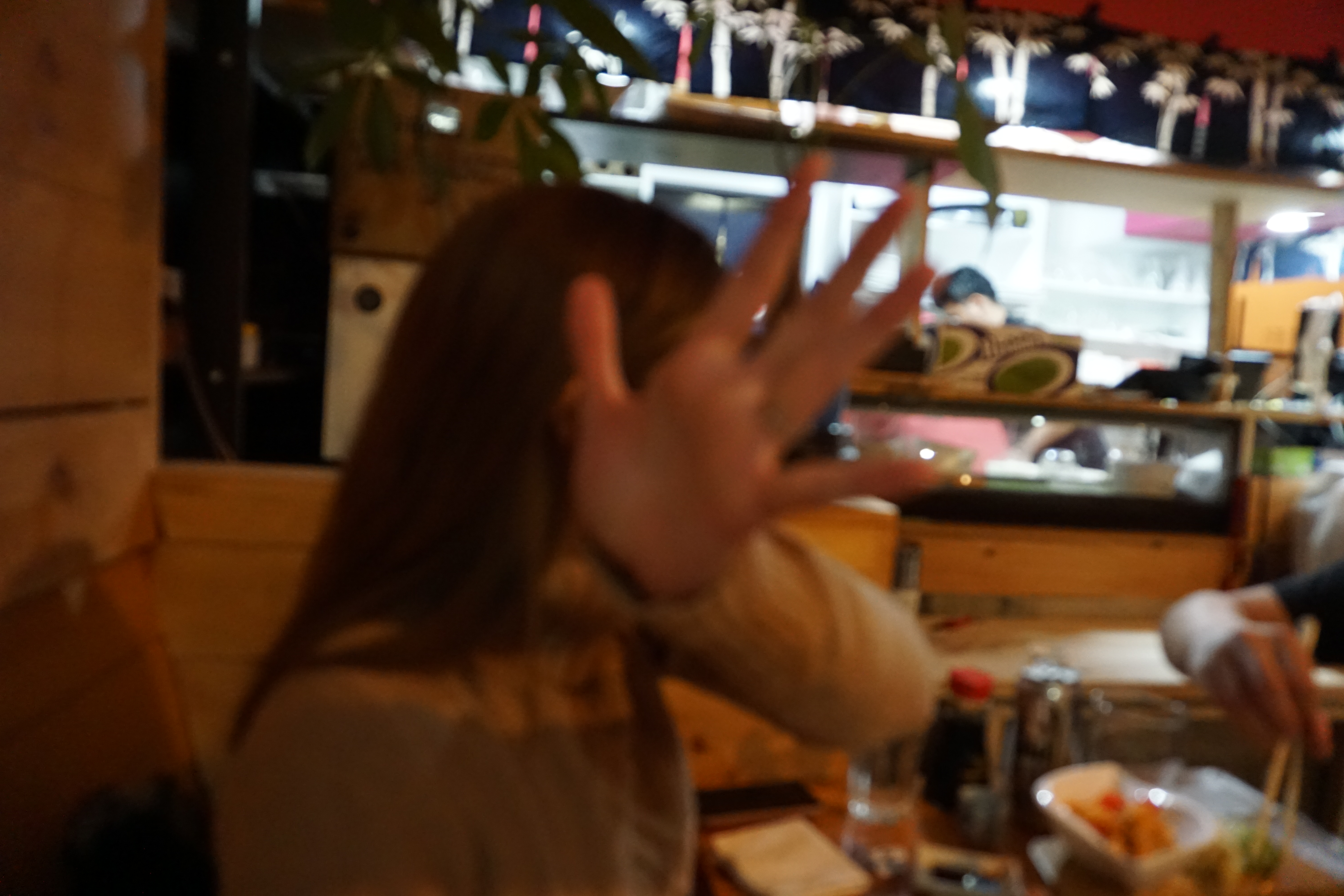 One thing that I really liked about this place was the customer service. We waited for about 10 minutes, and the waiter (and perhaps owner or manager) felt bad that we had to wait for the food, so he gave us free Edamame beans. Free shit? Makes me happy! 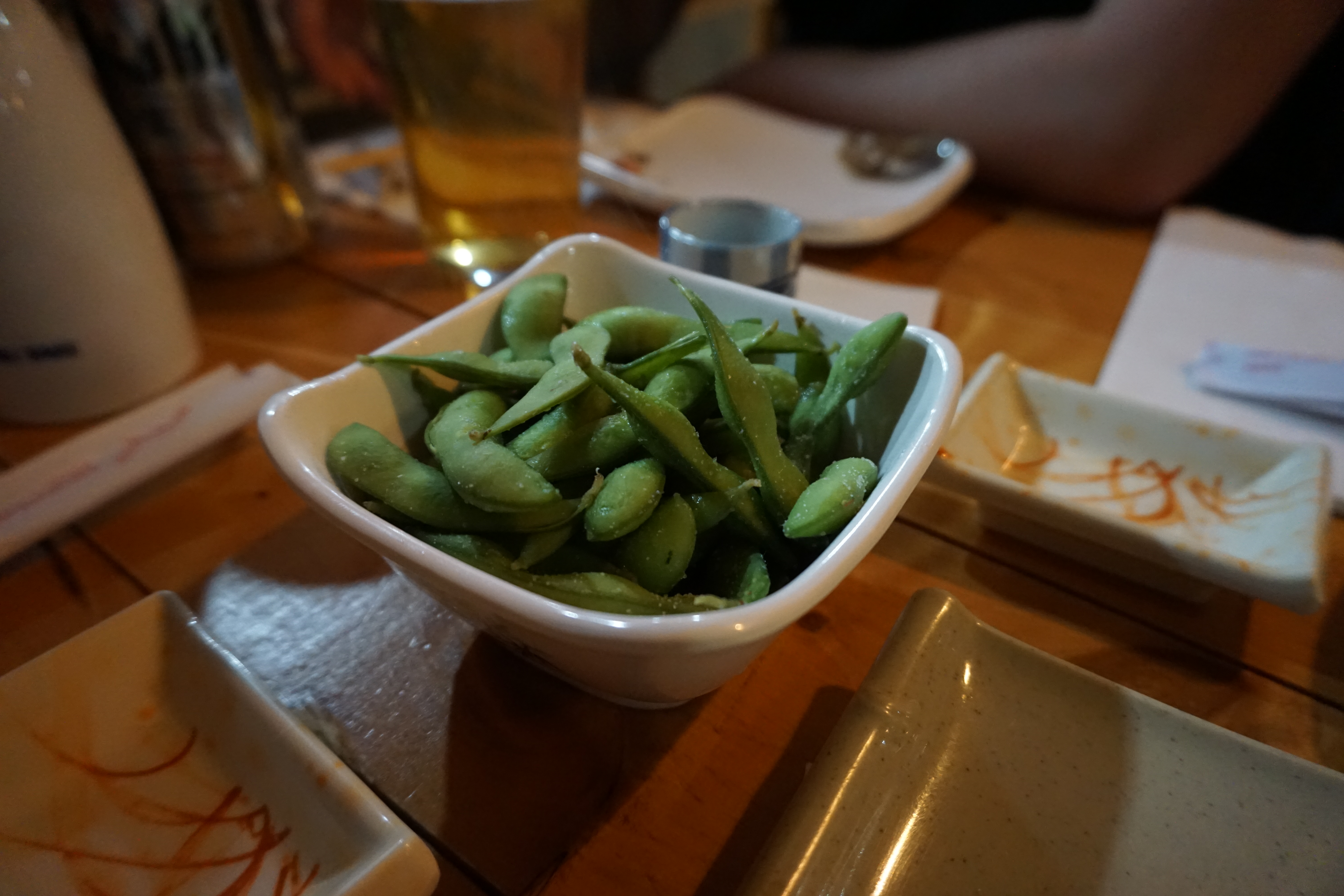 They were lucky we were not that hungry to begin with though, otherwise we probably be pissed even if you gave us free beans. Oh well. We had some good conversations going on, about marriage, about how life boss owns my pass constantly, about how its weird her company processes payroll on a Monday (I swear the rest of the world gets paid out on a Friday). We talked and talked and talked, until our bad ass sushi platter came: 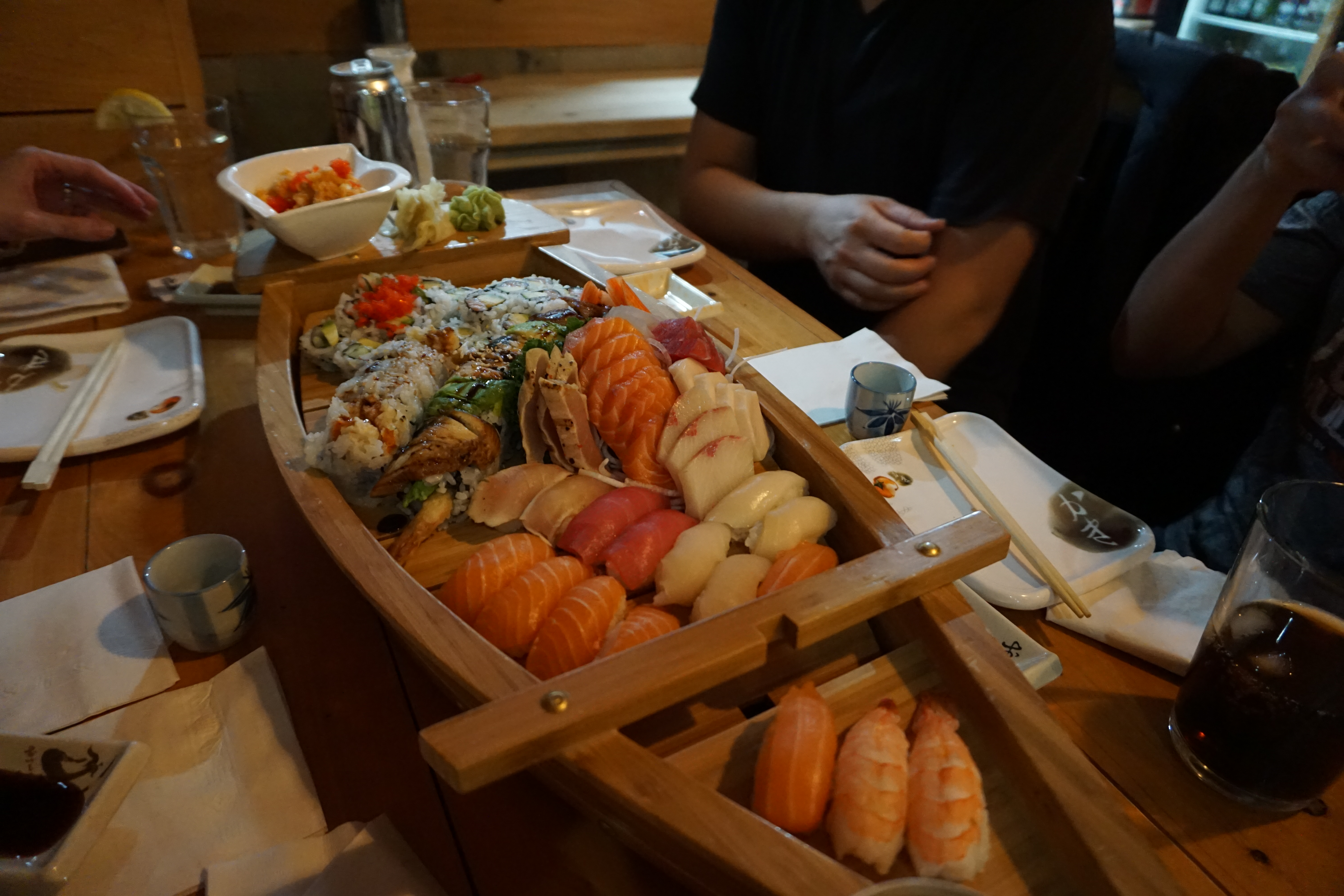 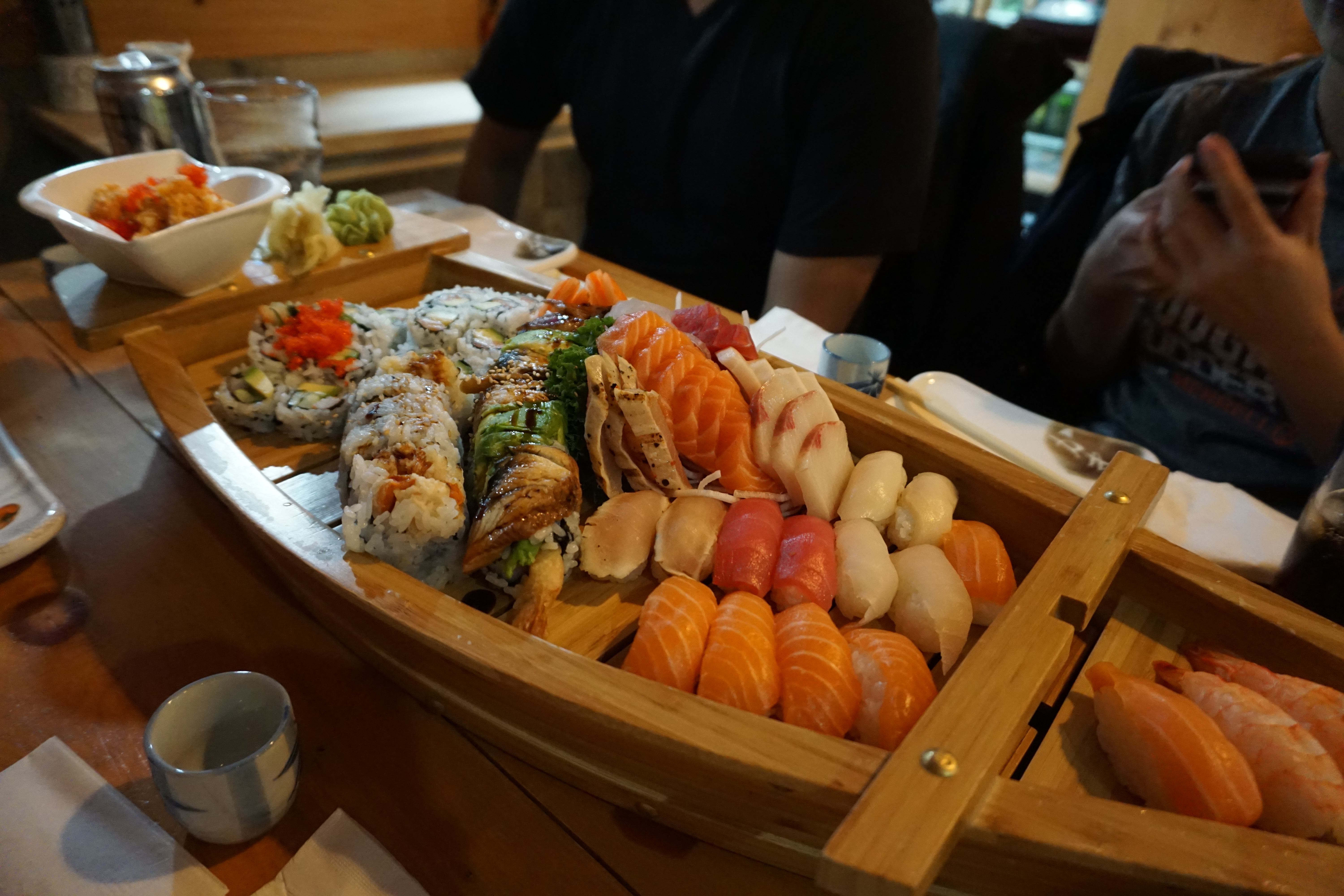 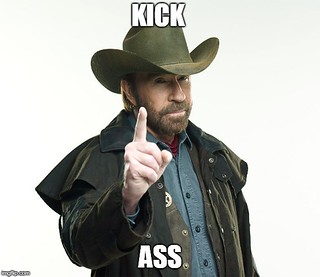 This was big, delicious and fresh! Well at least I thought so. After dinner life boss told me she didn’t think the food was that fresh. But she also said it was good. How the fuck does that even make sense? How can something be not fresh but still be delicious? That does not make sense whatsoever. But I just nodded because if I said anything I will get my ass kicked.

Conclusion on this place – will definitely come back. The price was right too. 3 beers, Sake, 55 pc sushi platter, dragon roll platter and also the seaweed salad came to $120CDN. Not too bad! 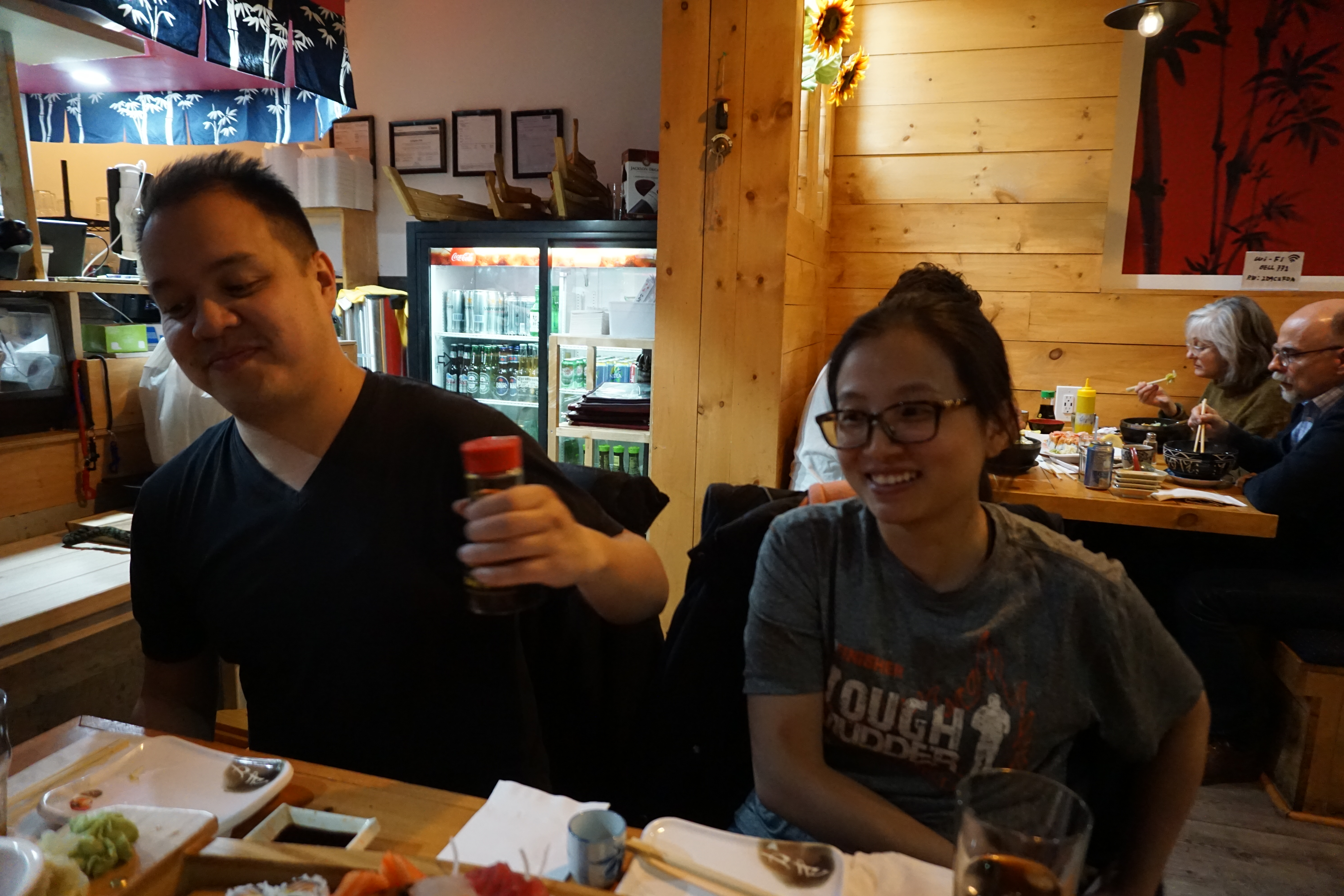