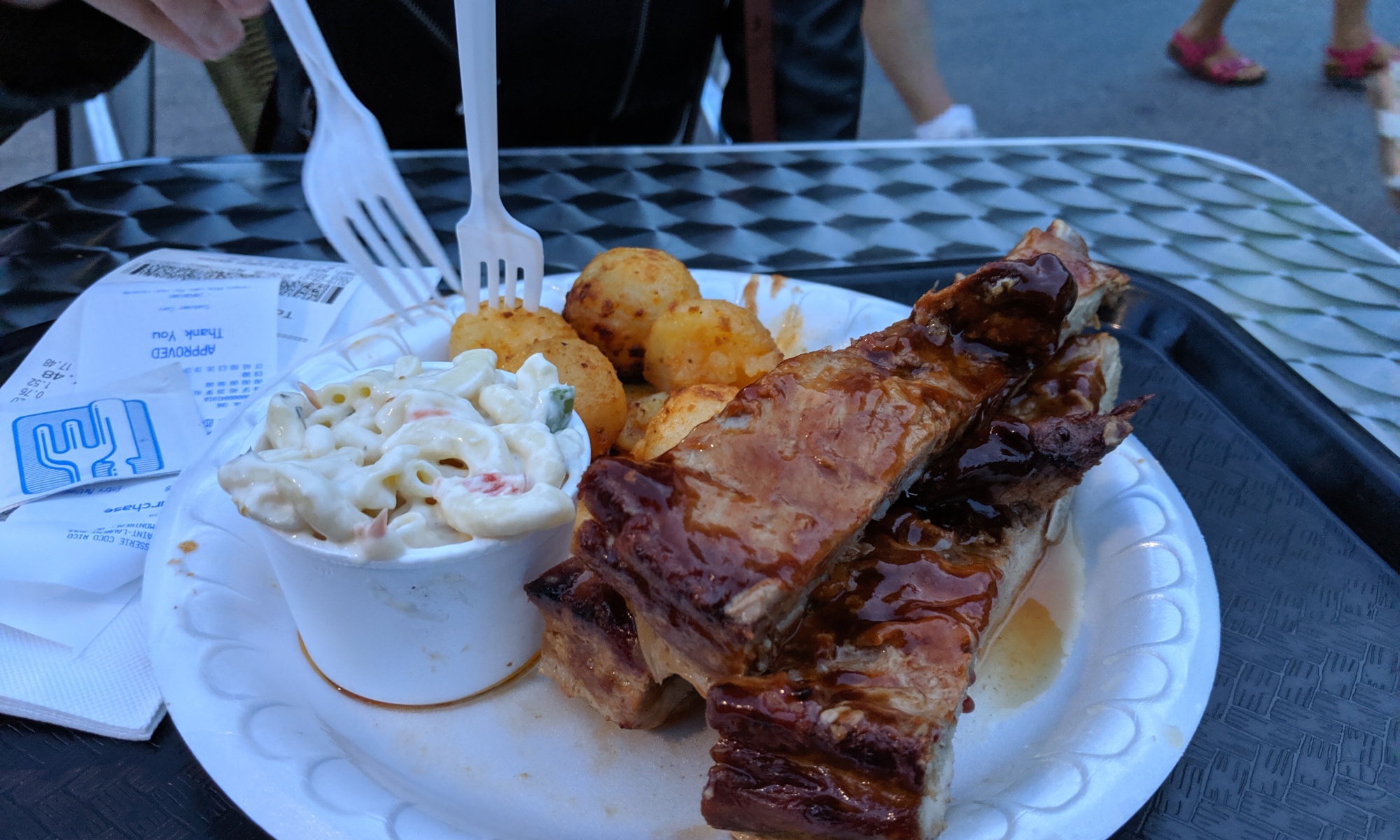 Ever tried to fit two dinners into one night?

That’s what we did on our last night in Montreal. We got a text from my buddy saying we mustttttt try the ribs / potatoes at Coco Rico and my brother also said we mustttttt try the rotisserie chicken from Romados. Shit people how are we supposed to fit in two big ass meals into one dinner sitting. To make things worse we only had 1 hour in between each restaurant before closing. Fuck. Since we lived coser to Coco Rico we deicded to go there first to try the ribs / potatoes. I personally liked the ribs (came off the bone like a fucker), and the potatoes were damn good. Life boss was not so impressed though. Since she was not happy with the ribs she was hurrying my ass up so that we can run to the Romados chicken. I never downed ribs so fast in my life. After swallowing my ribs we ran to Romados, luckily in time (for my ass).  Huge ass line up though, and yes they opened past their supposedly “closing time”. We got a big ass poutine + chicken, and man it was DELICIOUS! Yes, probably prefer Romados over coco rico. Now we know. I also know not to schedule two dinners into one sitting.