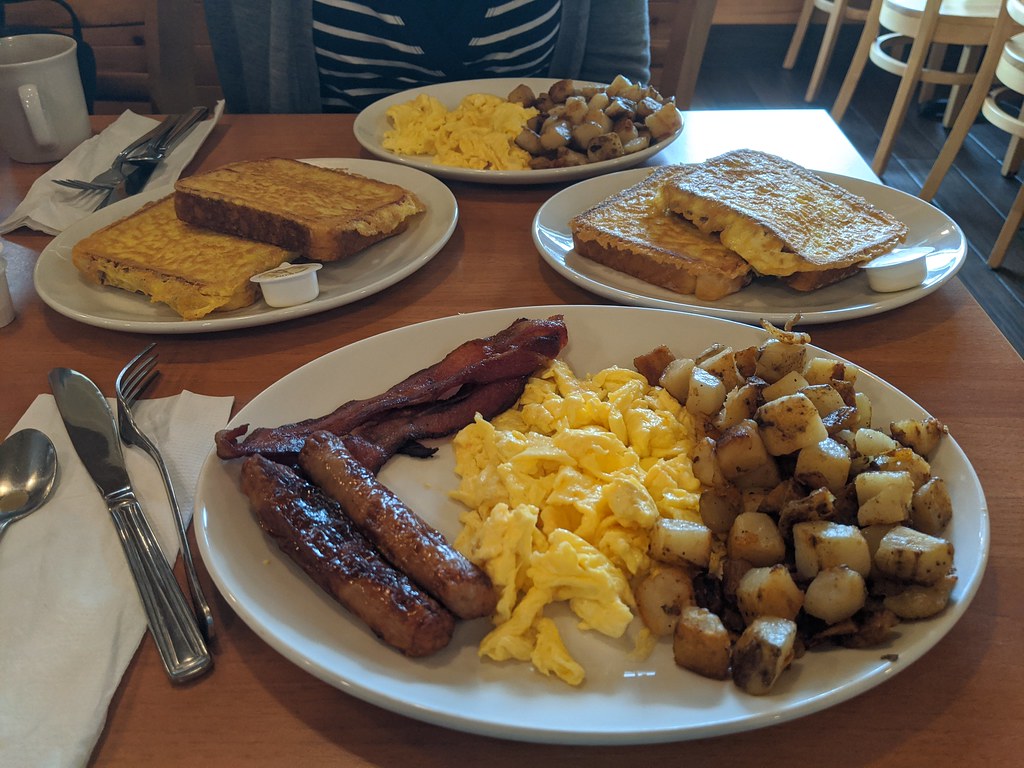 But when I do ,I usually regret it. Why? Because I love the empty feeling in the morning, and when I get hungry I end up eating an early lunch instead.

It really works for me this schedule. But there are times when life boss tempts me with breakfast because she always wants a bagel. On a weekday I am able to resist because I have to work. But on a weekend, man, it’s hard. So I gave in this one Sunday in September,  and we tried out sunset grill.

There’s not much options around in markham, in terms of breakfast. Specifically, chinese breakfast. I really miss the instant noodle + satay beef in Hong Kong. Man that shit was delicious. Why do the cha chang tengs here don’t open earlier? I feel like they would make a killing? I don’t know, it’s time to look for one.

Back to sunset grill, it was between them or Coras. Sunset had .1 better rating the Cora so we went with them. We got into about 9AM and it wasn’t packed (It was packed by 1030 though).

I was going to get the 3 eggs + bacon + sausage + toast breakfast, until life boss ordered the same but with french coast. FML it’s been awhile I had french toast. So fine, I got the french toast too.

After the meal I felt so fat.  I am actually going for a jog right after this.

Back to the meal. It was meh. The portions were meh. I prefer Markham station. The coffee (decaf) was unlimited though so cool.

Otherwise, there is nothing to rave about the sausage or bacon, feel like it was bought from Walmart. I could have made better sausages.