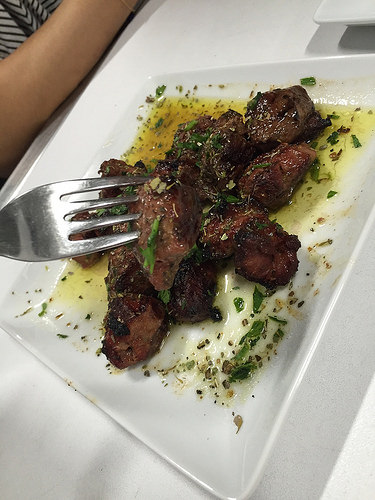 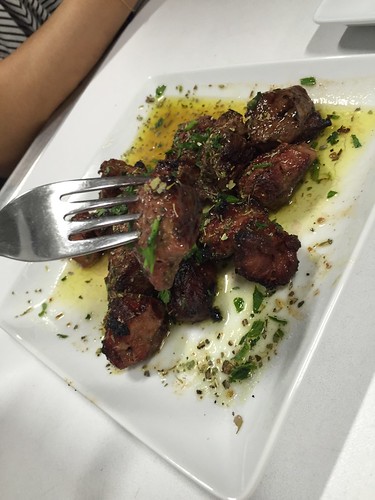 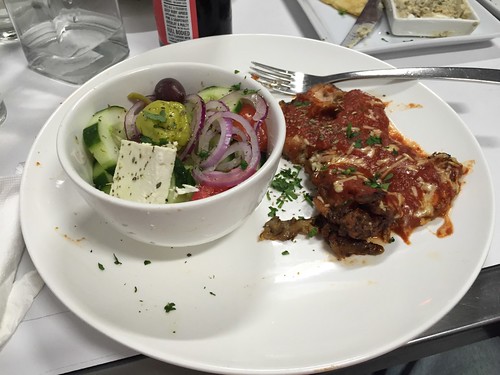 I ordered the chicken souvlaki with tomato sauce, which to my dismay did not come with any carbs.  It came with salad.  It is in my humble opinion all chicken souvlaki’s should come with rice.  All three of us (Daisy, Liza and I) ordered this dish.  We were still hungry because of the lack of carbs.  But the chicken was juicy and delicious!  This dish is also super recommended by the restaurant so you should try it!

Julie got the seafood because she is on a seafood craze lately. 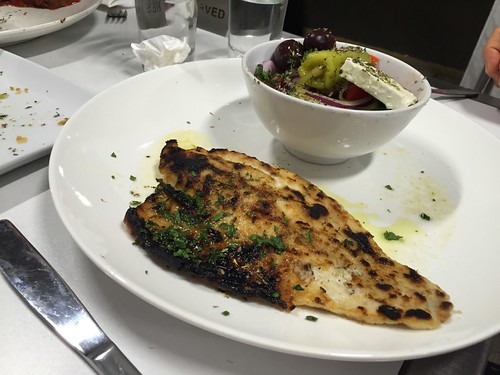 Ya the meal was really good, but we were still really hungry after.  So we decided to order an additional lamb kebab dish.

One downside to this place is that they do not sell alcohol here.  But it’s a BYO (Bring your own) restaurant), so we walked across the street where a beer store was conveniently located.  I don’t get why the restaurant doesn’t sell alcohol themselves.  but whatever, i am not running the business.

We originally wanted to drink little creatures, but the person working at the beer store STRONGLY recommended 4 pines, saying it was the best beer he ever had.  So we took his advice: 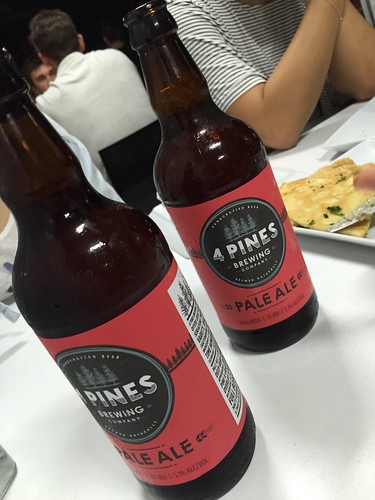 I don’t know if it’s the BEST BEER I’ve ever had..it was decent….I wish I gotten little creatures instead =(

This is an affordable restaurant with great food, although the portions is not as big as I hoped.  I think you should share the dishes instead with a group of people. 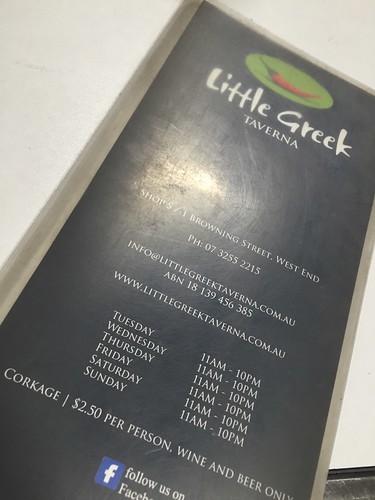