This was my third time in Shanghai, and admittedly I am running out of things to do / see.  Then I thought to myself, why not introduce some lessor known parts of Shanghai? You always hear about the bund and the water towns, but what about the suburbs? The mid towns?  Well, let me try to shed some light on the area where I work in, called Caohejing! 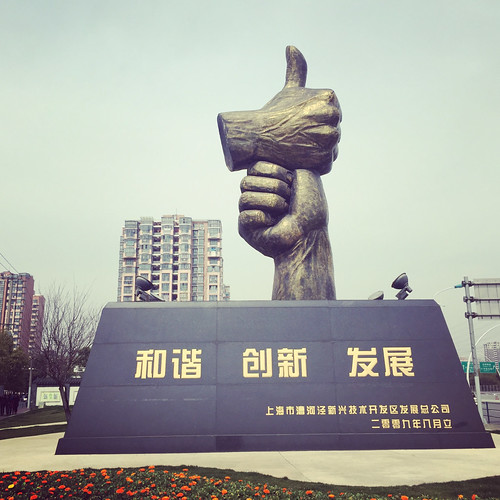 Caohejing is suppose to be a high tech area, encouraging tech companies to set up shop here.  It’s a growing region, with several sky scrapers.  Unfortunately, this growth did not equate to having a lot of restaurants around.  Our food choices was severely limited to 5 restaurants =( 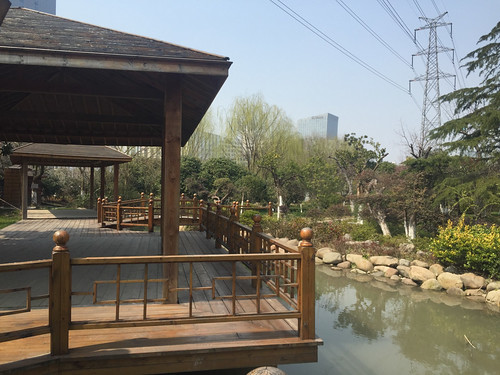 The plus side of this area was the fact that there were a LOT of parks.  I mean a lot.  Hong Kong, this is one area where you are lagging behind.  I am surprised that there was so much greenery here, despite the fact that Shanghai is polluted.  Half the time we did not see the sun, it was just grey skies.

But at least there were parks. 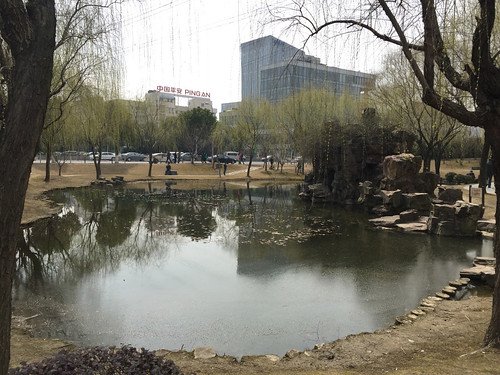 This place looks crap because it was still winter, not yet spring.  That’s why it looks dry and muddy.  But hey, I guess I was just trying to be artistic. 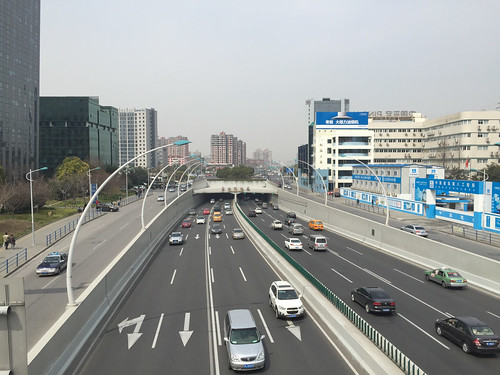 Another cool thing about where I work was that there is an awesome bridge.

That looks…over…..cars….yeah I don’t know.  I am trying to sell this place so trying to be as positive as possible.

I mentioned earlier that the skies of Shanghai was constantly grey right?

Was not joking.  Check this out: 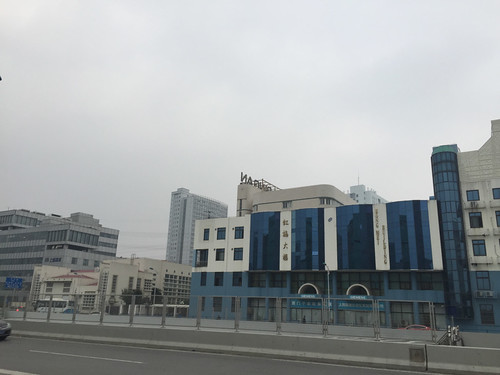 It’s do depressing when you don’t see any sun……and it’s just grey skies….China government do something about this!!