This was really fun, but one shitty thing about this particular night was that EVERYONE WAS SMOKING.  Like what the fuck.  Why.  Why do you all have to clog up the washroom smoking.  Why can’t you just chill out for a second.  WHY DO YOU SMOKE IN THE STADIUM.

Isn’t that a goddamn fire hazard? If you lit the grass on fire I am brutally screwed because I am only 3 rows away from the pitch. 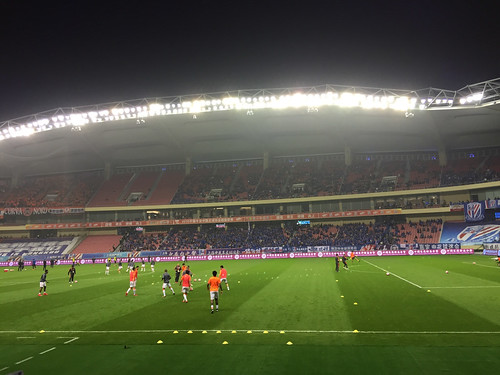 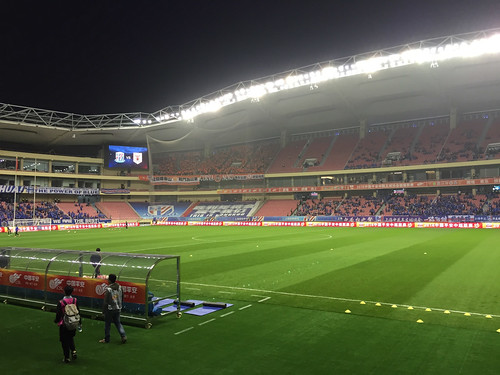 So I have never watched a live football match before.  Because in North America, we call it “soccer”.  This blasphemy of a name will tell you that well “soccer” or football that growing up, it was not popular or huge.  But it’s pretty big now.  So, I decided to experience some Chinese Football Super Leage game.

Shenhua! This is a supposedly a storied franchise.  I would not know.  But their fans were passionate. 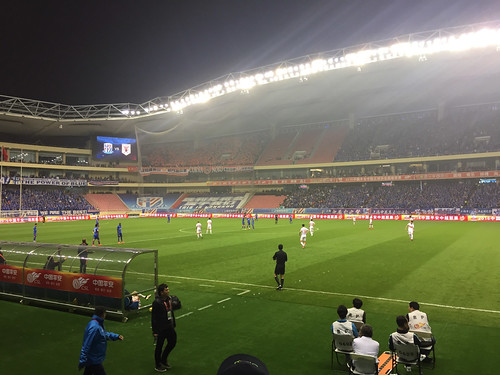 I can see the why a live football game is so damn attractive.  People yelling, cussing out the players and the referees.  I think it’s a form of relief / therapy for all the stress they had to go through during the day. 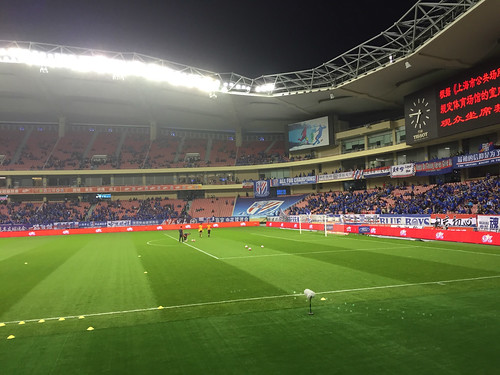 What was probably more interesting than the match itself was the fact I learned some pretty bad words in mandarin, which you never really hear in public.  People just don’t really swear here.  Actually their “bad” words aren’t really bad either.  Literally, the shit they were saying to the referees was “Black whistle!” or “Idiot!”.

Nothing comparable to vulgar you hear in a Canadian NHL game.

This was really fun though.  I don’t mind going to another football game, either in China or elsewhere.  But I should probably see Stephon Marbury play before he retires right?? Isn’t he the Chinese Basketball Association’s MVP?

Written from Shanghai, Renaissance on April 12 2016