Like it’s supposed to be a bar or something. Well it is a Bistro Bar after all…….

Not going to lie I don’t know what a Bistro Bar is. Let’s ask google:

“A bistro is, in its original Parisian incarnation, a small restaurant, serving moderately priced simple meals in a modest setting. Bistros are defined mostly by the foods they serve. French home-style cooking, and slow-cooked foods like cassoulet, a bean stew, are typical.”

Is this the right definition? I don’t think they were serving french food here….errr…anyways…moving on.
We ordered Thai Food because…that”s whats on the menu? Seriously this ain’t no french restaurant. The decor looks pretty cool though, a stage for a live band.  The area was a bit small though.

Plus it’s in a mall.

I don’t think I will ever go to a mall to party.

Ordered two curry dishes because why the fuck not.  They were both okay. I am not like DROOLING over it. And that’s saying a lot because I was super hungry at that time.

And the reason why I am super hungry is because I am on a low carb diet. So FML, you know I had to get some white rice with the curries. 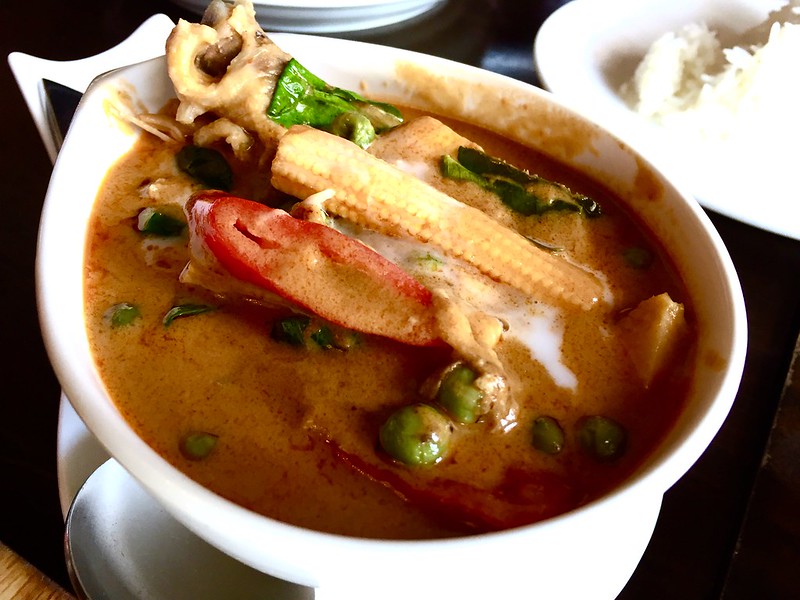 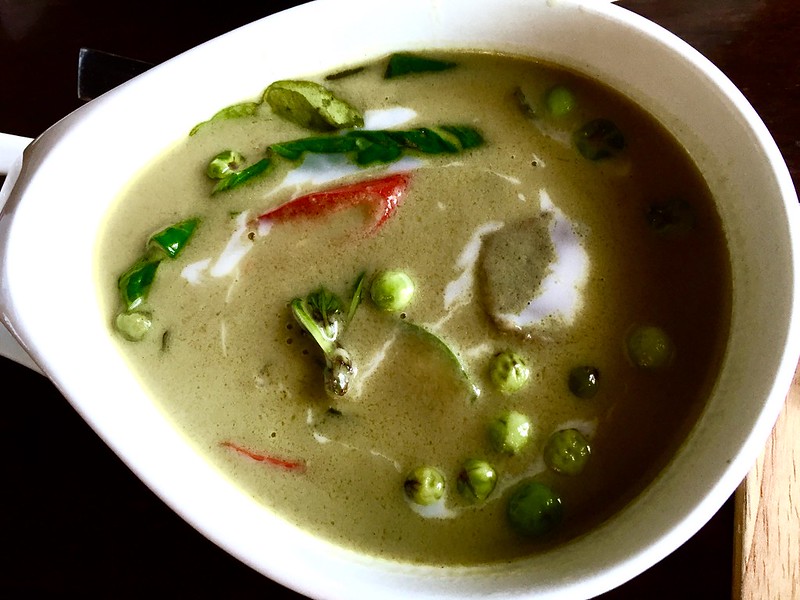 But it was a cheat day so whatever. I will just starve myself the next few days.

Also ordered the pork neck dish. Random. Not sure why. Is this Thai? It’s definitely not French. 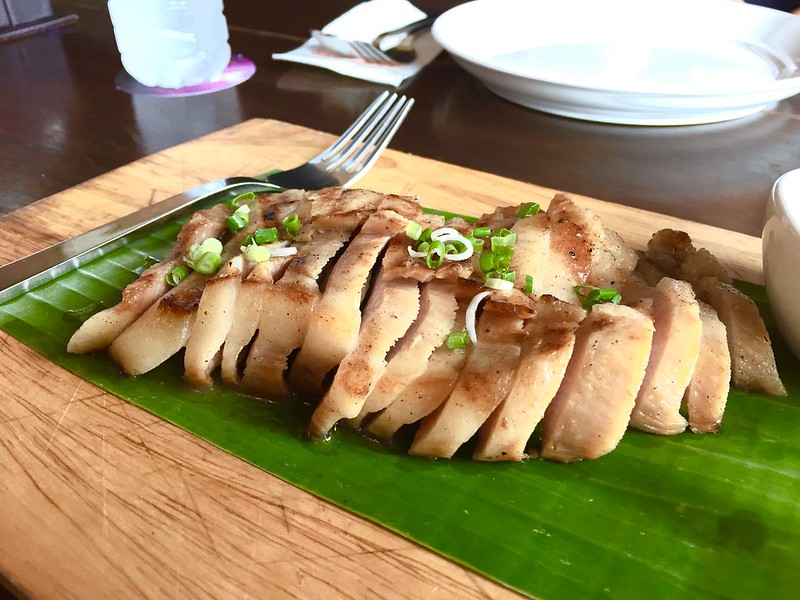 So I have been told there is a Mango Tree in Hong Kong but it’s severely over priced (like most Hong Kong restaurants).  The one in Bangkok (central world to be exact) wasn’t too bad. But then food here is cheap in general.

This Mango Tree is close to the office so we might come back.