I think I wrote about Insadong before…….

But it was more like a small blurb…so why not give this place some more love? Let’s do it.

Insa-dong Street is one of the most memorable attractions in Seoul and represents the focal point of Korean traditional culture and crafts. Stores in Insa-dong specialize in a wide variety of goods that can only be purchased or appreciated in Korea: hanbok (traditional clothing), hanji (traditional paper), traditional teas, pottery, and folk crafts.

Interesting. I did see a lot of crafts being sold here….should have bought some…but was too tired…I started my journey at 8Am on this day…so yes forgive me.

For whatever reason though, I still prefer walking through Hongdae then Insadong….

There was a lot more people than last year.

Why?!? More protest last year (yes there is always a protest near city hall).

OR…maybe because the weather this time around was a lot more friendly.

Last year was just plain cold. Like literally piercing against my skin. So I don’t blame people for not wanting to go out. This time around? Weather was much more manageable…around 10 degrees? Can tell that our good friend Spring was coming!

Saw a flea market. Was full of girl stuff. 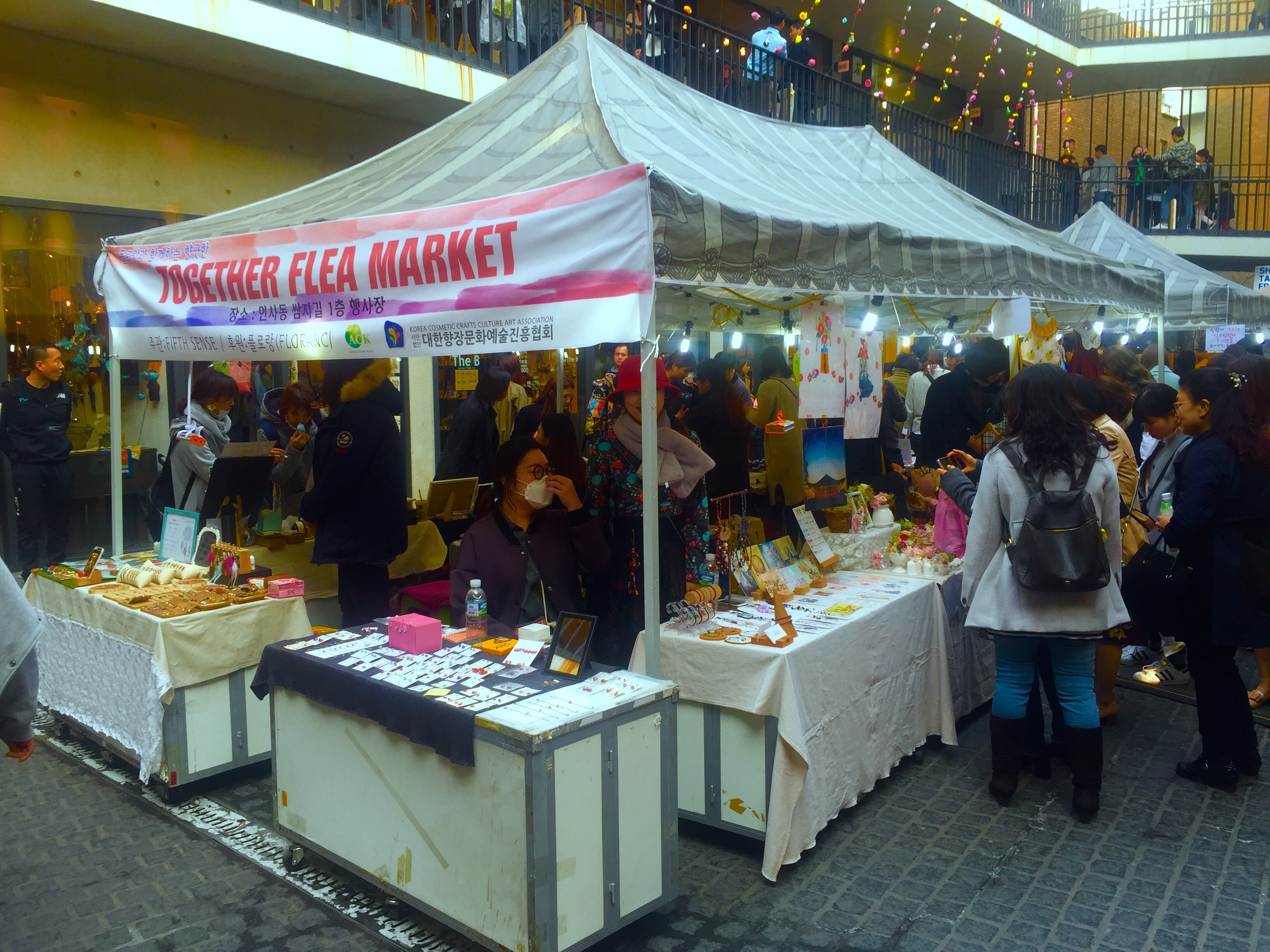 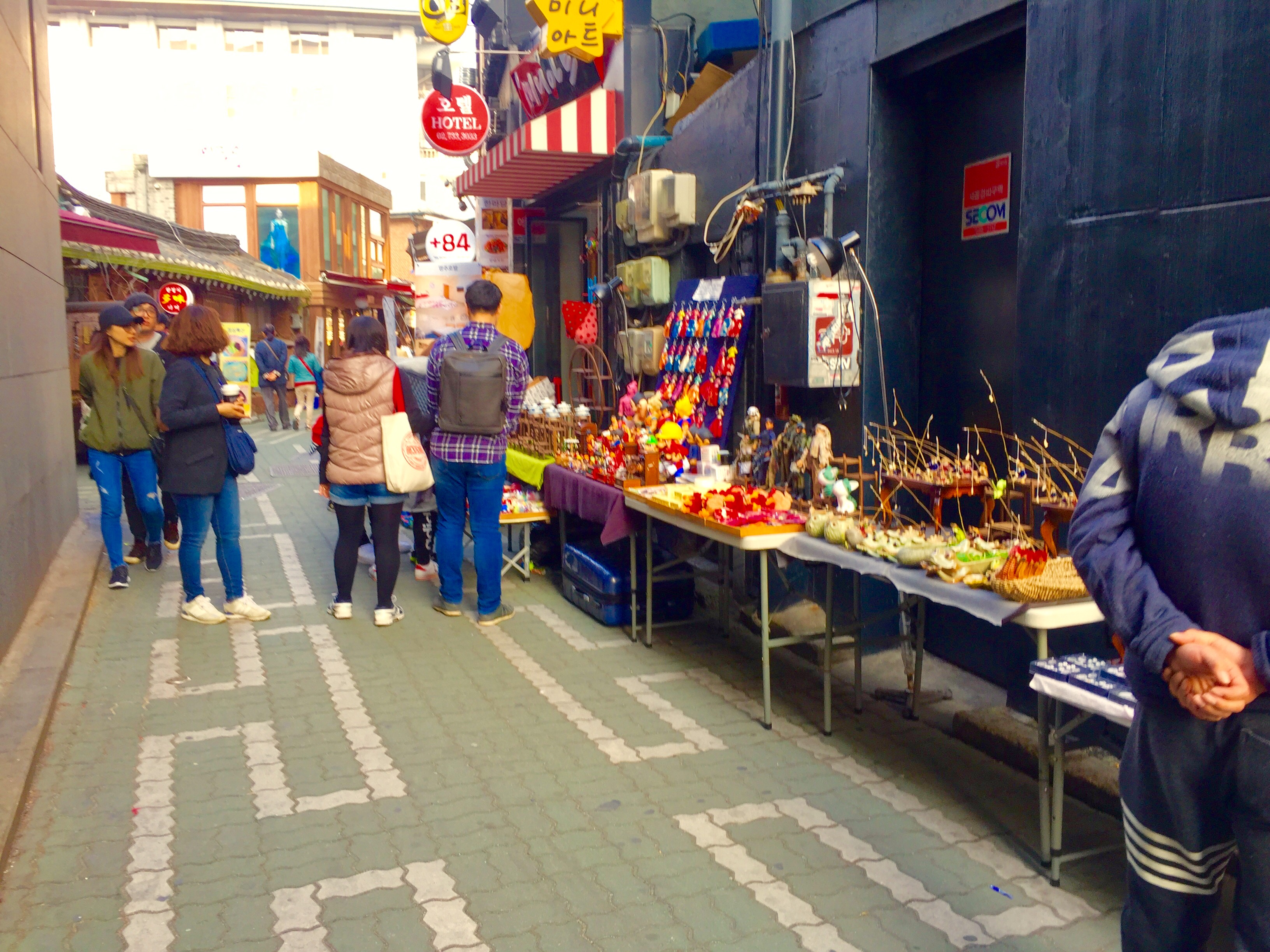 Some illegal shit going on is what I am thinking. 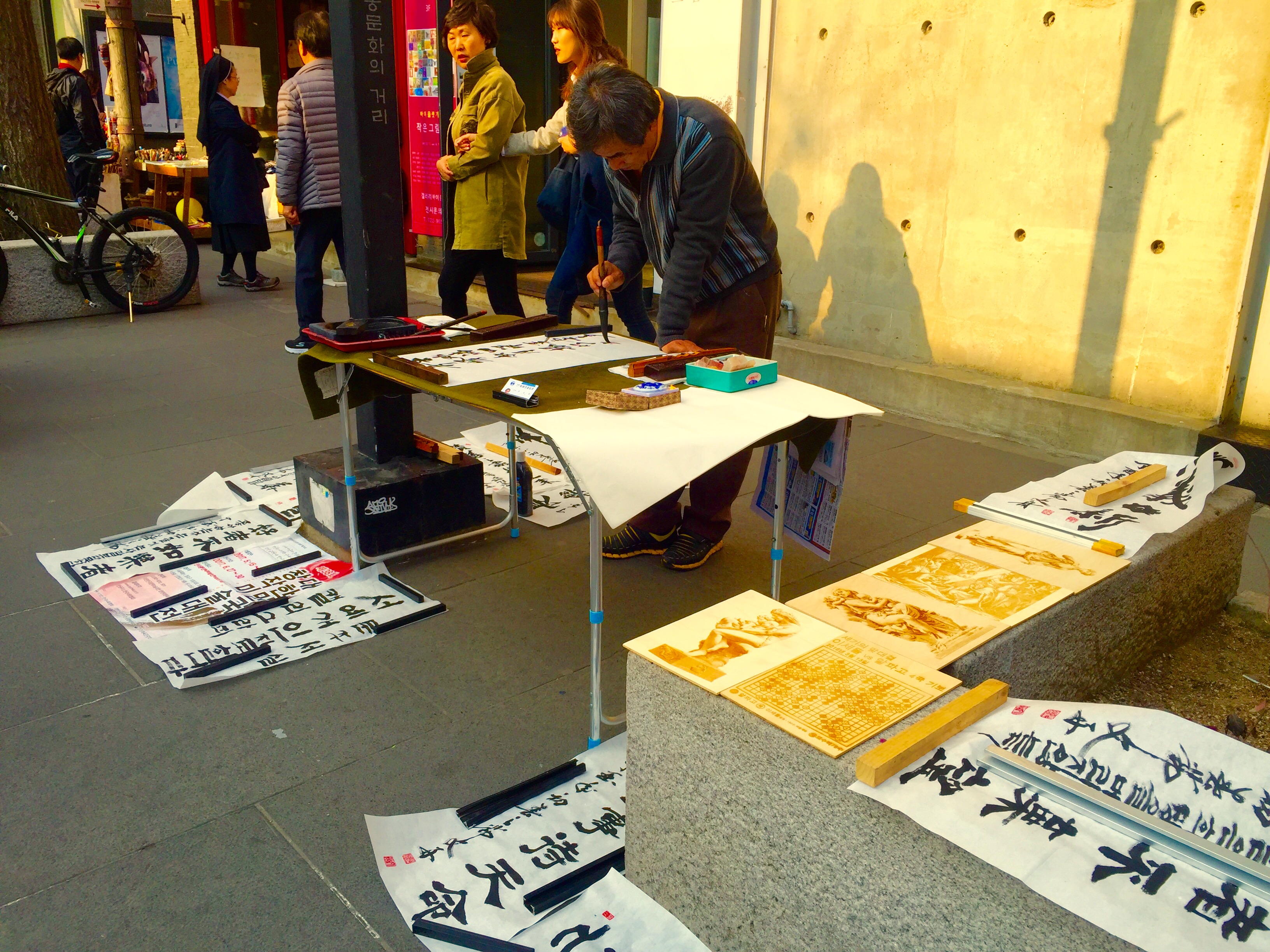 And then saw this guy do some calligraphy! I can read some of it too…and not because I can read Korea..it’s because some of it in Chinese.

I would have bought one from him. But. I have no where to hang this in my place. I live in a small apartment.