Chili Crab, a famous dish of Singapore. If you don’t eat Chili Crab in Singapore, then you are not really in Singapore!

At least that’s my opinion. But where to go for Chili Crab? After talking to a lot of locals, we decided Long Beach Seafood (King Location) would be worth a visit. This was apparently one of the top 5 chili crab restaurants in Singapore as well (per this list). 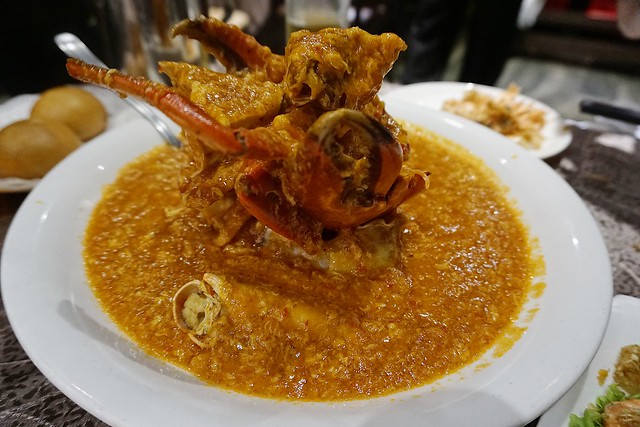 And how was it? Fucking good. Fucking expensive too (78SGD per 1Kilo). But whatever, was with le father so you know we gotta have good food.

I am on a low carb diet but man this shit is good with rice! 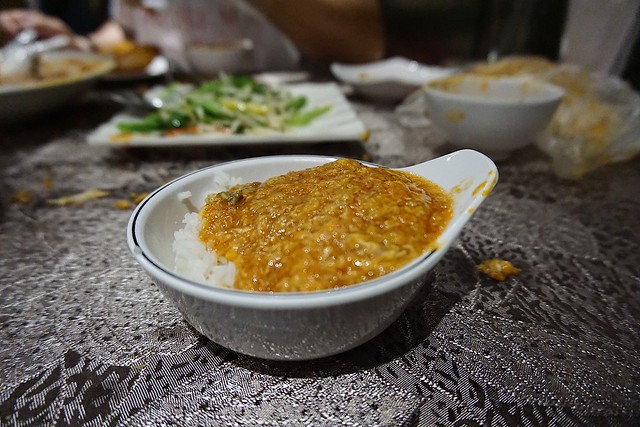 Definitely get the rice, or bread (“Man Tow”). Don’t waste that sauce. It’s a bit spicy but man you only live once, so eat it and love life yo! Also ordered some other dishes because we hungry like that.

Overall meal was good. I recommend people to try Long Beach. It’s apparently a chain, but eh what can you do.

Restaurant was not too packed (maybe because we went on a weekday), but it’s clean so that’s good. Service was also awesome so no complaints there.

Probably only complaint is on the price, but it’s seafood its bound to be damn expensive.

Can definitely give this place a try you guys!