River Thames in London. If you are looking to kill time in London, simply walk down the River Thames.  You will be able to see many attractions and cool architectures along the way.  Not to mention the many bars and restaurants that you will encounter here.  It is the longest river in England, and the second longest river in all of UK.  It runs for about 346KM and runs through cities such as Oxford and Windsor, in addition to London of course. 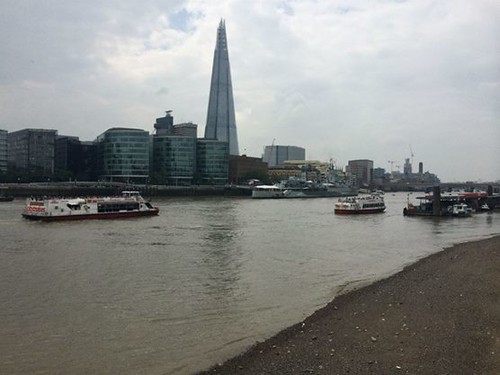 As mentioned earlier, walking along the River Thames will allow you to see some cool architectures.  One of them would be the Tower Bridge: 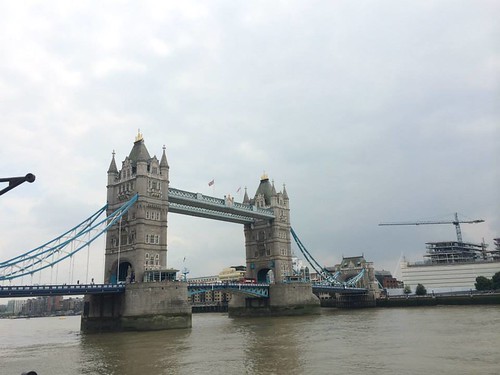 It looks like a cake to me.  I think it’s the colors.  I actually went on this bridge in order to go from one side of London to the other.  Wasn’t really that impressed to be honest.  I think I prefer the Harbor Bridge in Sydney more…not sure why.  I think it’s cause there is less people?  Plus the fact that the Harbor Bridge has a great view of the Opera House probably gave it some brownie points.  Anyways, this is not a post about Sydney.

We walked along the River Thames some more and found a couple of bars, which of course naturally meant we grabbed a few drinks.  Great stroll on a Sunday afternoon, if you have nothing planned!