Alishan, where you can view rivers of clouds flowing over mountains.  Don’t even know where to begin.  This has got to be one of the highest mountains I have been on, not sure what the exact specifications were, but we were circling in a bus around a mountain for at least 1.5 hours.  Upwards of course.

So high that I can actually see the clouds, 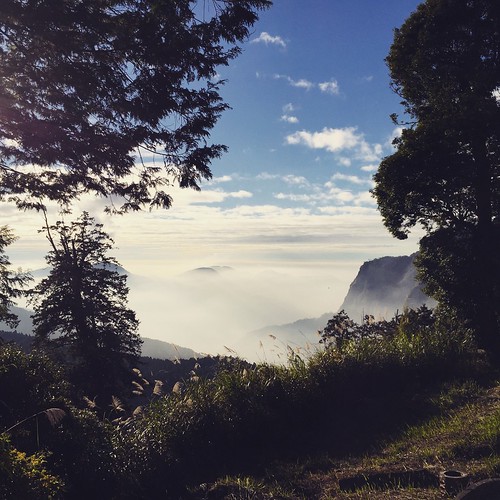 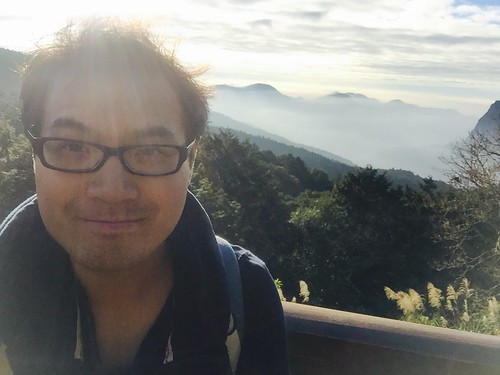 For those that are asking if Alishan is worth the trip (it’s about a 2 – 3 hour bus ride from Tainan).  Well, YES YOU SHOULD.

There is just so much to do here, granted we only stayed for one night but I will want to come back (during the summer though, winter was too cold).

When we arrived, we dropped our stuff off at a not so luxurious hostel (there are better ones I am sure).  We then took a train that takes us up to the hiking part of Alishan.

Breathe in some fresh air folks!  We hiked about 2 hours or so, I was so tired.  But getting some fresh air in my dirty lungs is much needed (no i don’t smoke, I live in HK). 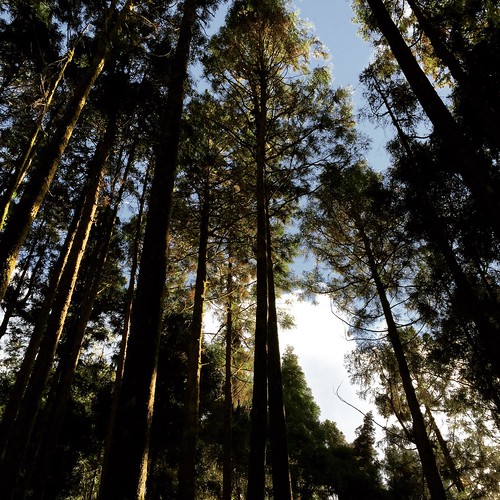 There’s also some major sites you need to see while on the hiking trail, like the sister pond.

Yeah……It’s nice but it’s just a pond.  Okay maybe you can skip this part. 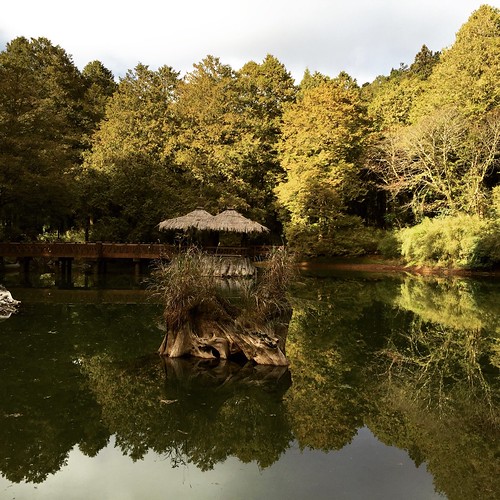 Make your way to the Tse Wan Temple for the best view (in my opinion).  Like I said earlier, watching clouds beneath you is just so surreal (looking at it from a plane does not count, please).  Sharing some shots that I took: 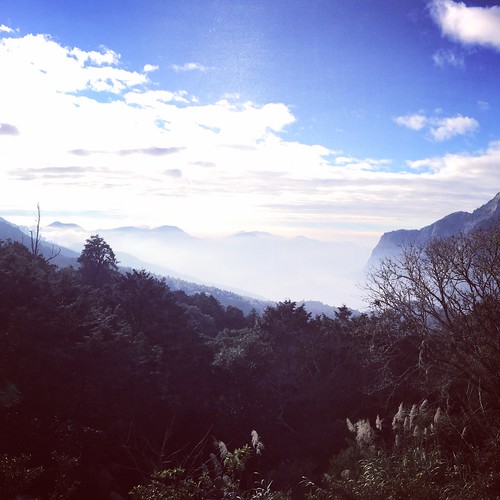 After the hike, we decided to see the sunset (which was was about 6PM during winter).  We were dam freezing.  Tried to take a time lapse video, and obviously failed.  I think I need a tripod to do that.  Sunset was awesome, but….didn’t take any pictures because I was so busy with my failed time lapse video.  Instead, took a night shot of the area =) 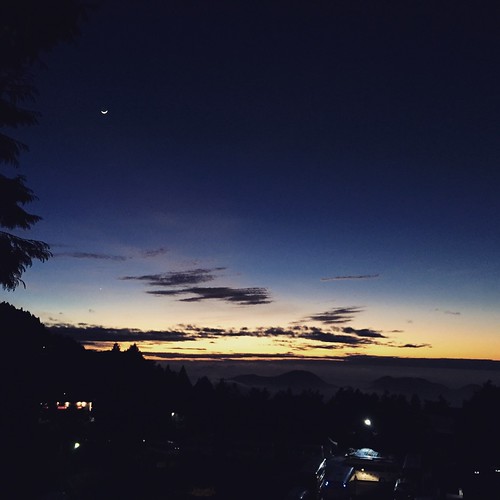 Finally, the next morning we woke up super early (5AM) to catch the sunrise.  We couldn’t =) stupid rain and fog.  I vow, to come again and see this dam sun rise! Oh well, this was my view point on the mountain, it would’ve been super nice if the sun actually showed its face. 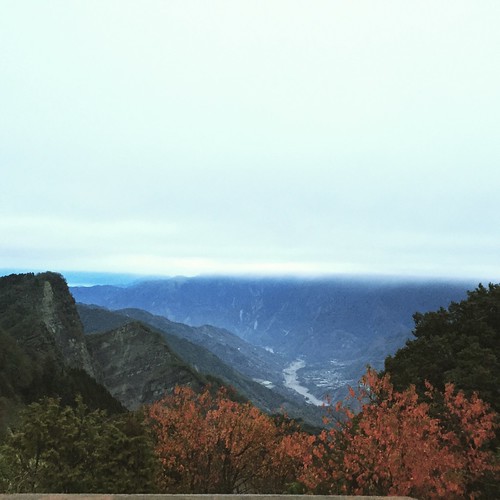 That’s all!  A memory stop point in my Taiwan trip =)