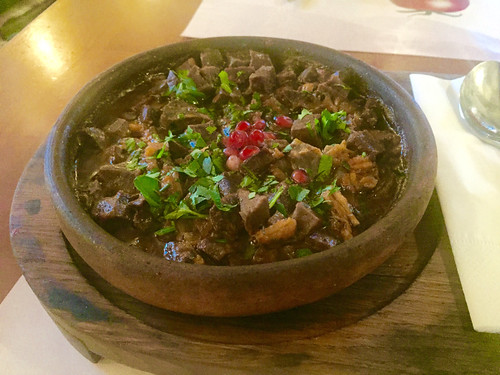 Luckily for me there was a Ginza Project restaurant called Jon Joli, which served Georgian Food.

What the fuck is Georgian Food.

I never have had Georgian Food before. I asked around, and was told that it’s a restaurant that sells mainly meat.

So I guess steakhouses are Georgian Food too you smart ass. 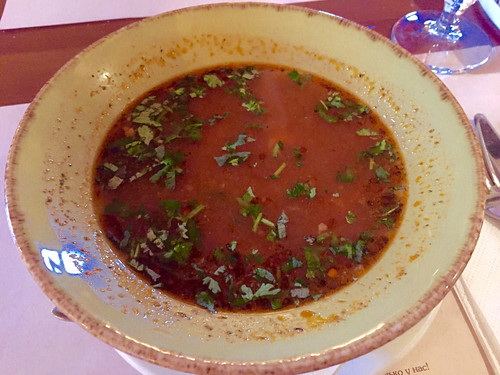 Came here, sat down (by myself of course) and proceeded to order a soup.  The soup was called “Kharcho – traditional Georgian tomatoes’ spicy veal soup with rice”. I took that straight from the menu. Soup was okay, was suppose to be spicy but wasn’t really. Was suppose to be hot but was just warm. Wasn’t really impressed with the soup to be honest. 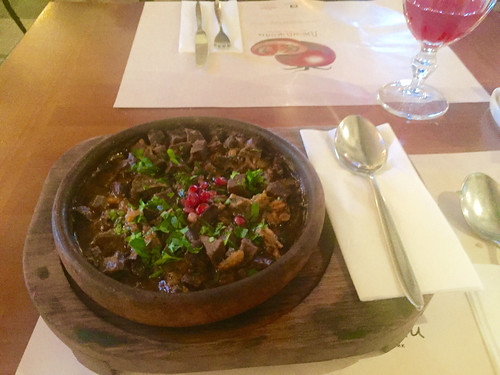 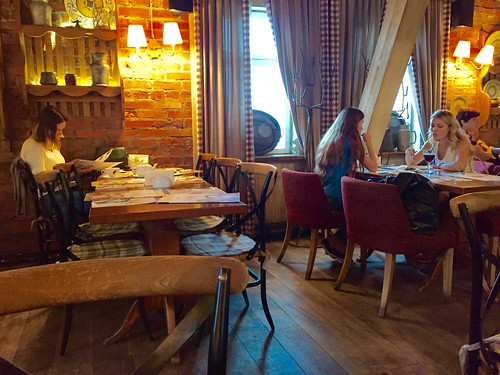 Yes the two paragraphs were more or less a copy and paste. Because the experiences were similar so I don’t get why I can’t do that.

Not a big fan of Georgian Food.

Written from Swissotel, Moscow on August 4 2016